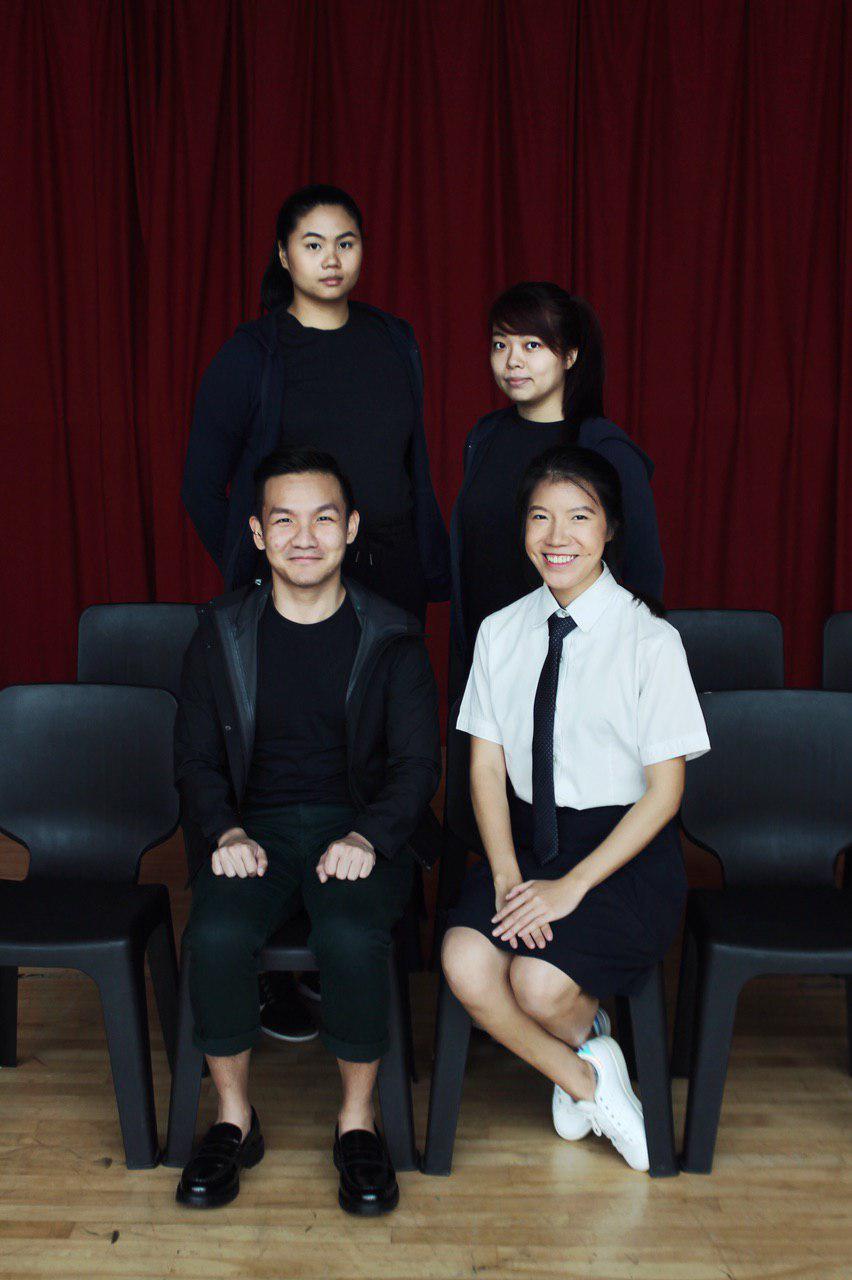 In Singapore’s results-oriented society, success is everything. So it comes as no surprise that parents will try any ways and means necessary to give their children a leg up in the place that will most likely make or break their future: school. From countless tuition lessons to enrichment classes, the student body is constantly under pressure to perform and make their parents’ investments worth their while.

But what about those who can’t afford to give their kids this added advantage over their peers? 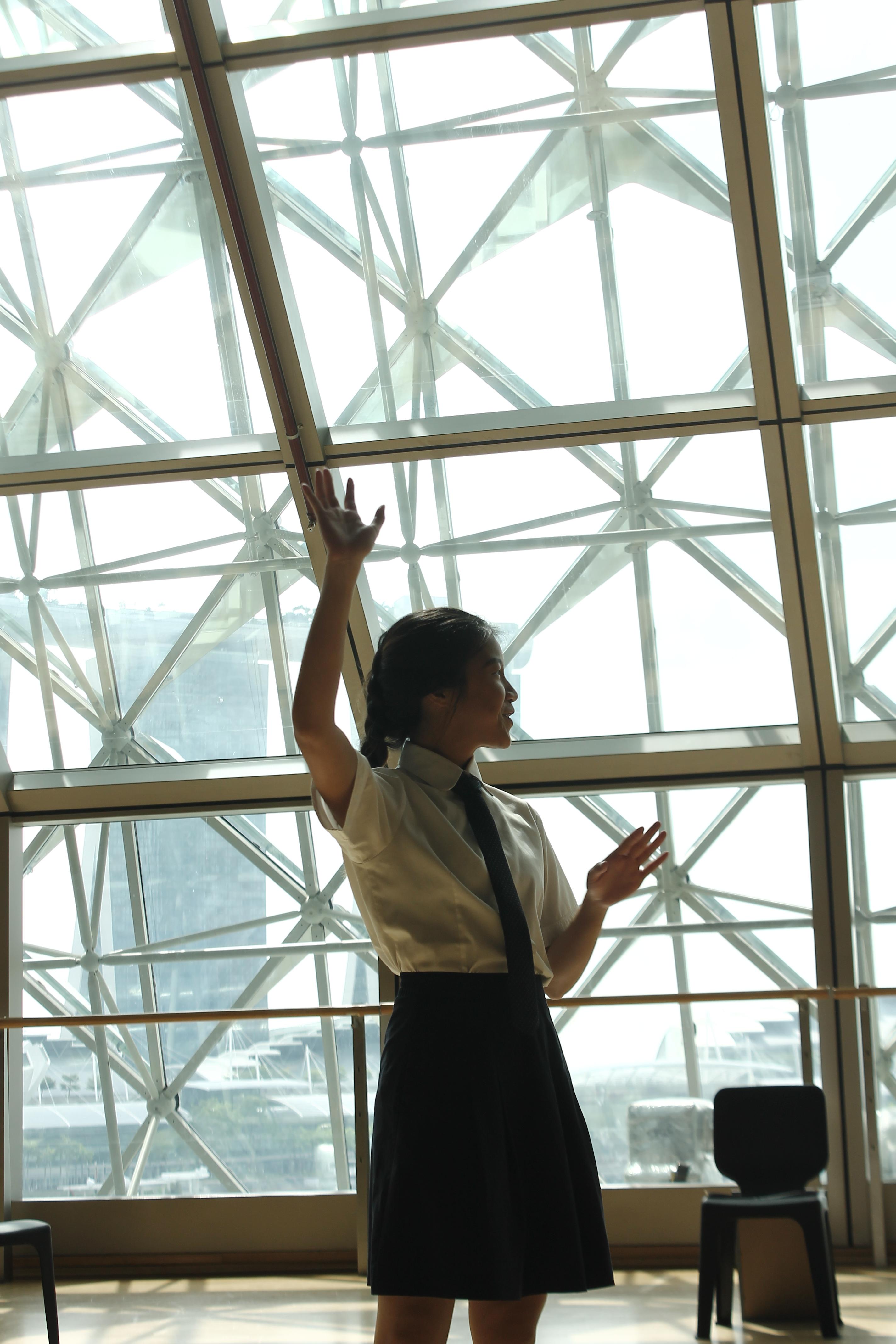 Directed by Jeramy Lim and written and performed by Jelaine Ng, The Shadow Curriculum delves into the topics of class disparity, academic pressure, and the hollow messages ‘motivational speakers’ attempt to drill into their clients. The work-in-progress features Ng as Alice Soo, a top student and daughter of ‘Peak Performance Speaker’ Alan Soo (immediately bringing to mind real life trainer Adam Khoo). Awaiting her ‘A’ Level results, Alice has been requested to return to her alma mater secondary school to conduct a workshop inspiring her juniors to find similar success as herself. 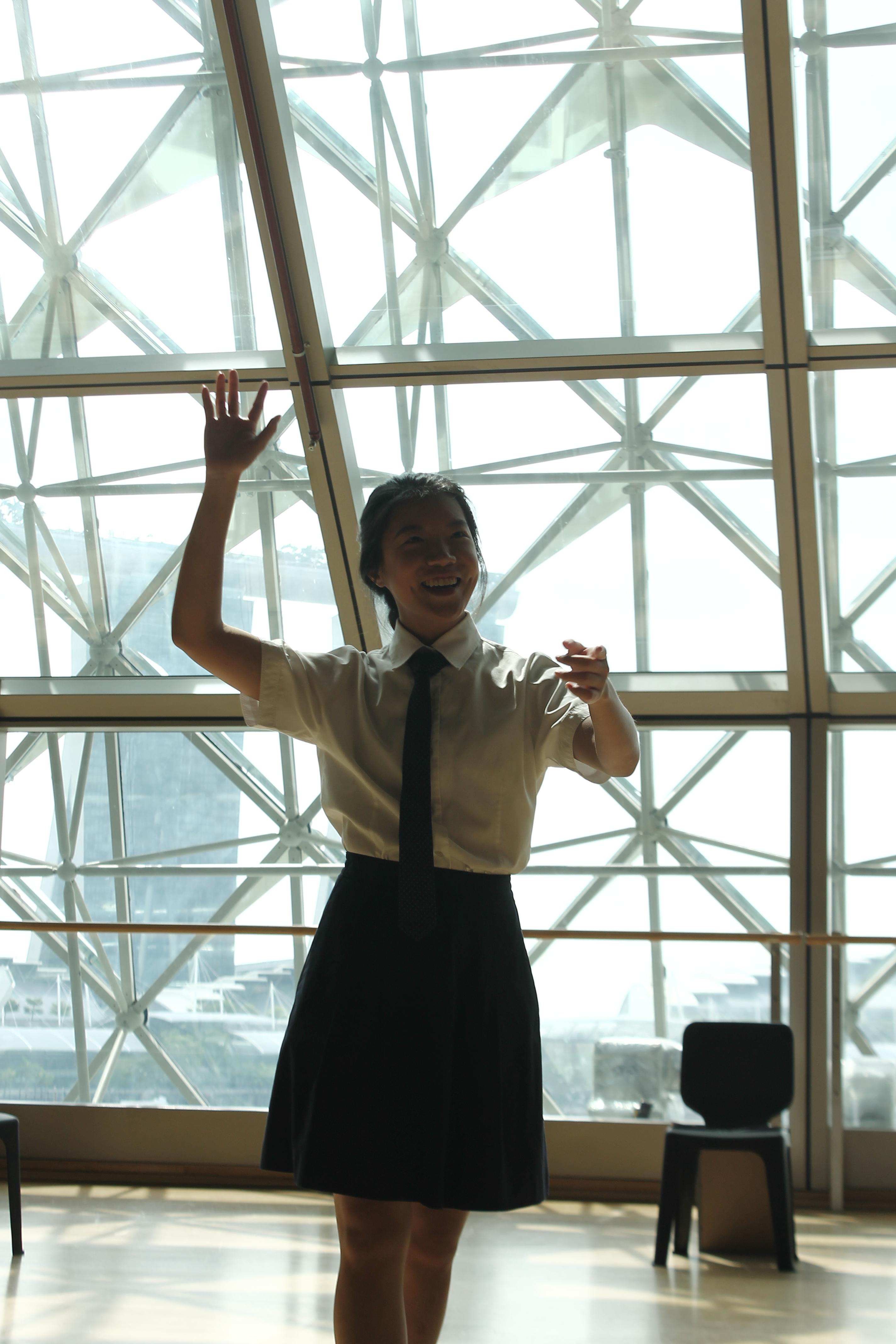 Coming into the Esplanade Rehearsal Studio, ‘Alice’ is already present, dressed in her school uniform (despite having already completed JC) and dividing us (as her ‘juniors’) into three sections, sorted by ‘Secondary 1, 2, and 3 students’. Already, there are logical flaws preventing us from the complete suspension of disbelief, from how even the male audience members are meant to be students in this elite all-girls school, to the mention of normal tech students in the cohort (virtually unheard of in any top, brand name school in Singapore). 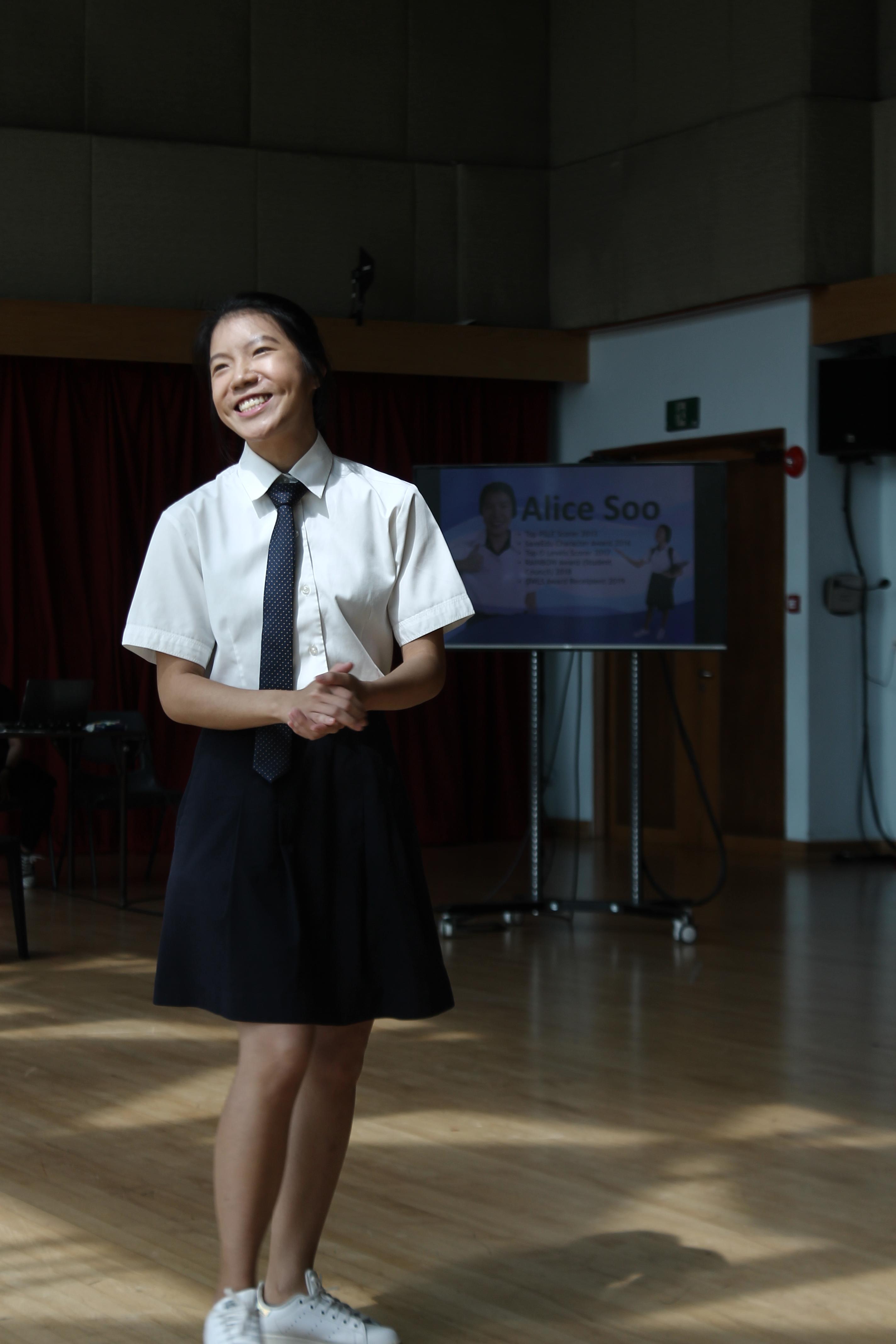 Ignoring these distractions, Alice’s introduction is done by way of video, with a list of her achievements to date, and testimonials from fellow students thanking her for her help. Taking a leaf from her father’s book, Alice emphasises the familiar adage of only being able to help us if we help ourselves first. Catchy acronyms, an integral part of Singapore culture, also come into play with RISE, purporting the values of Responsibility, Initiative, Stewardship and Empathy. Jelaine’s performance, unfortunately, cannot carry the character, and with little authority in her voice, was not strong enough to convince us Alice is someone capable enough of delivering a motivational workshop. 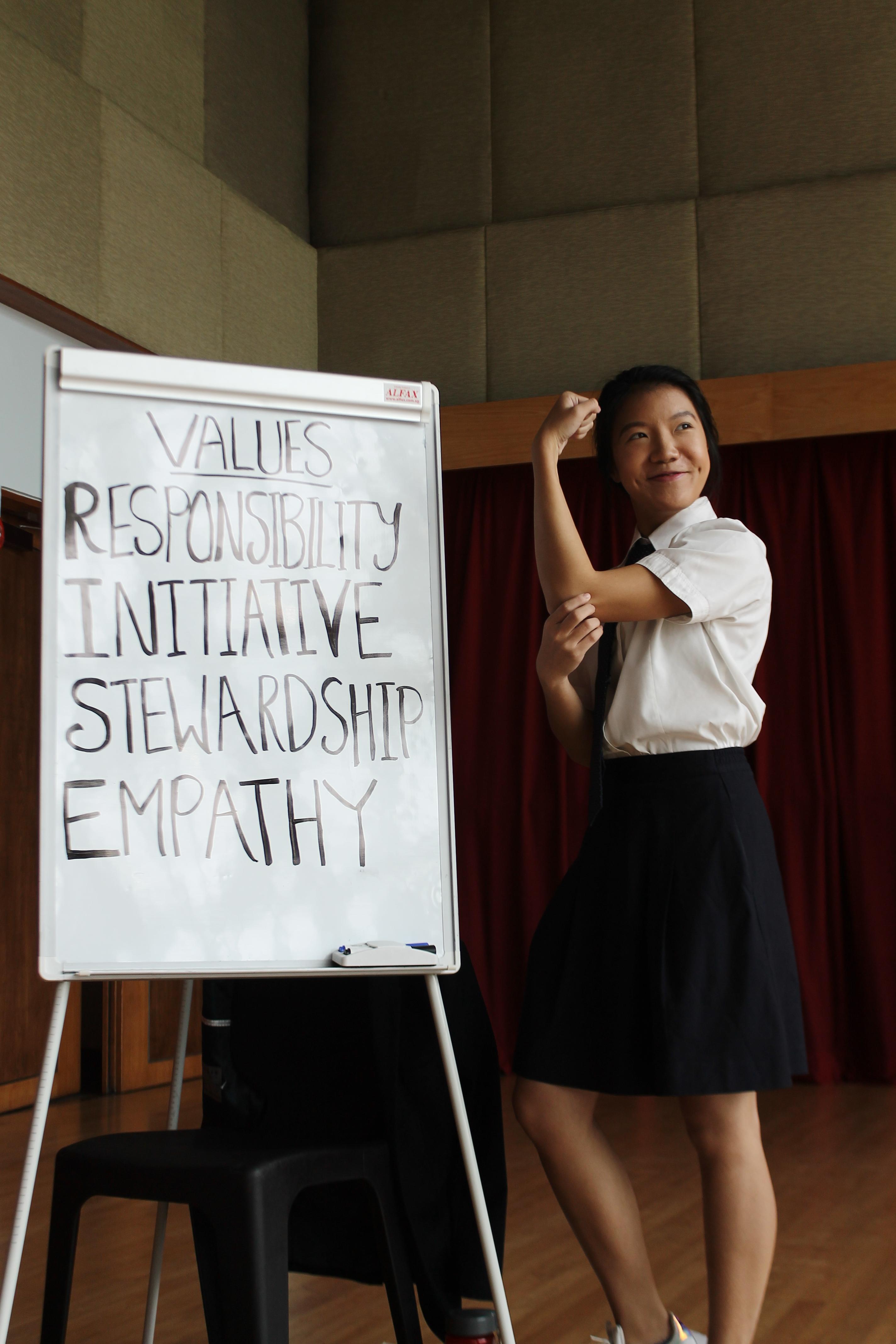 As the performance goes on, Alice soon reveals herself to be a less than savoury person as well, dissing both NTU and SMU to give high praise to NUS, her university of choice post-A Levels. With the condescension in her words, it’s a wonder why she isn’t aiming even higher than that, and treats it like the best thing since sliced bread, even attempting to insert a joke about having second chances there (referencing the recent slew of peeping tom incidents). There is little to suggest we should care about this girl, who seems in over her head. At one point Alice even admits to her own lack of empathy and poorly substantiating it with a feeble ‘hand holding’ exercise with fellow audience members. 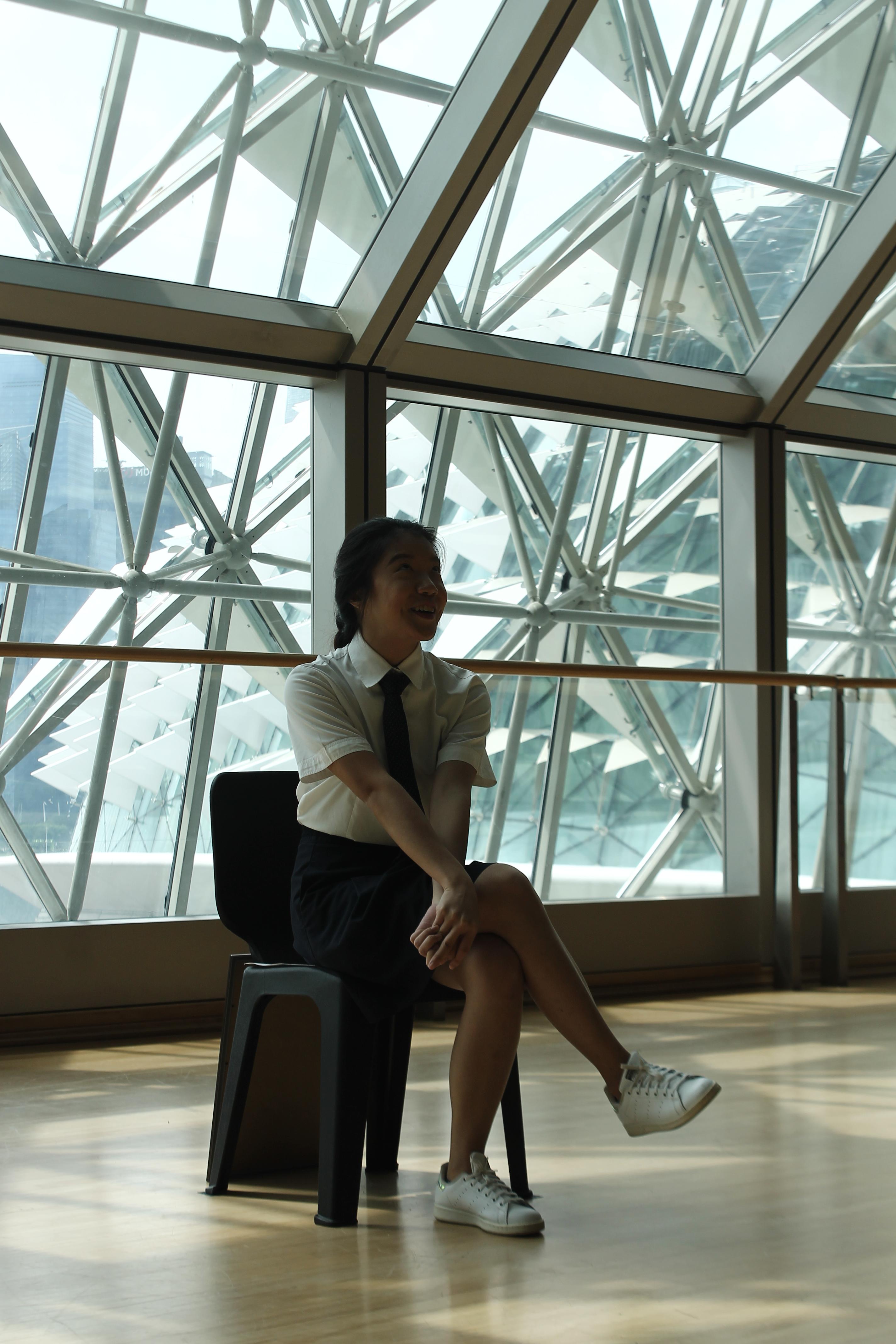 One thing that did have potential however, is when Alice asks us to close our eyes, and imagine a scenario we could have done better. Alice then tells a story about her worst fear: of receiving a terrible grade and disappointing both herself and her family. As she explains the story, she reveals her own extremely privileged background, speaking of a chauffeur and a multi-storey house with a lift, before imagining two coffins of her parents, dead thanks to her terrible results. We are asked to open our eyes, and warned again about the consequences of not doing well in school. “Work smart, not hard,” she quips, recalling the other empty maxims so often employed by coaches. She reveals the truth behind the workshop with a final acronym: ABC (Admission with money, Buy assistance, and Cash and Connections), suggesting that only those of a certain class and background can possibly pay their way through to benefit from this ‘shadow curriculum’. 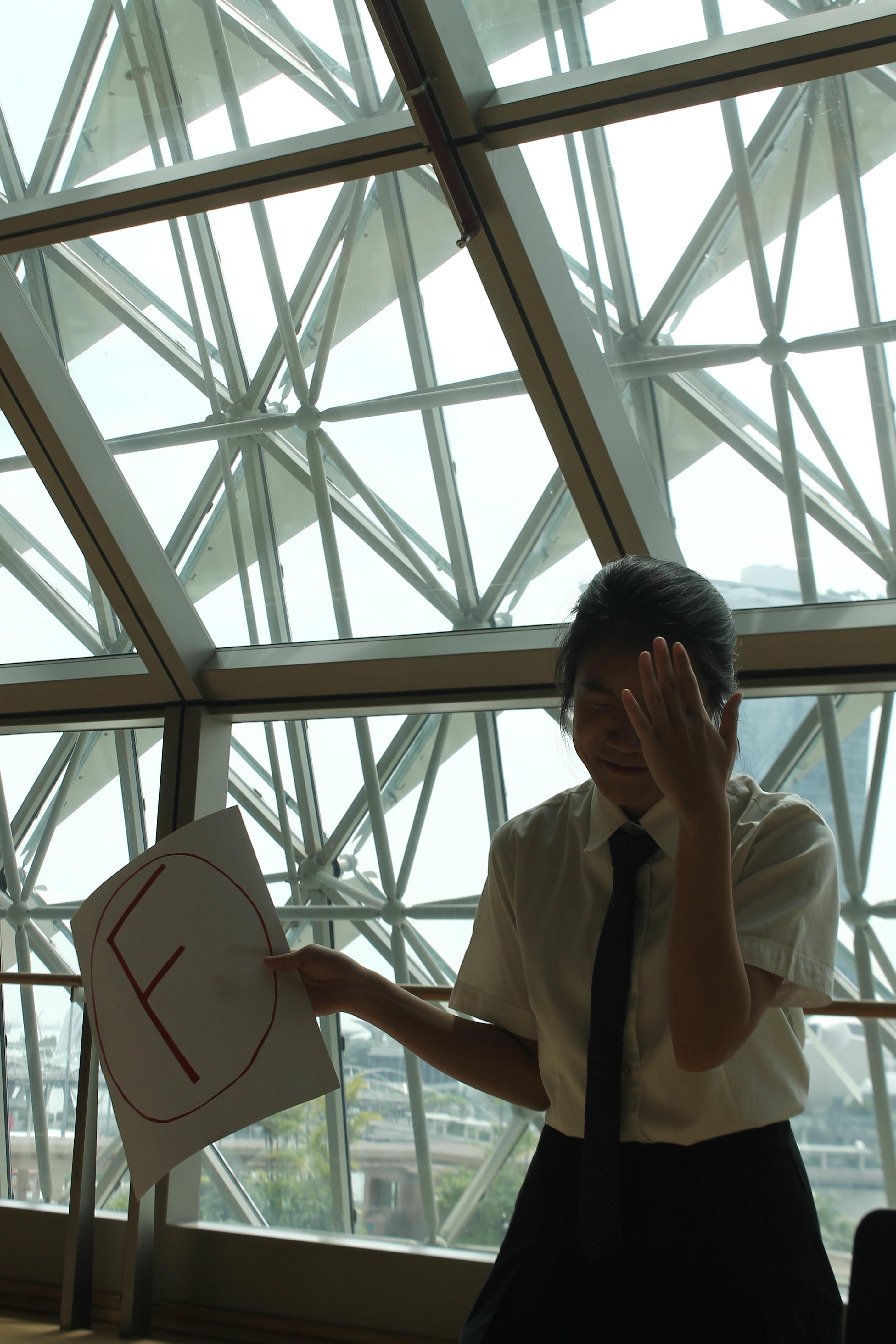 It’s certainly a novel idea to bring motivational speakers to the forefront and satirise their methods by explicitly creating an unlikable character. But there are far too many issues The Shadow Curriculum tries to cram into its 30 minute runtime, touching only briefly on each one before moving on to the next. The attempt to save and create sympathy for Alice is too little, too late by the end, further run into the ground by an immediate contempt for her wealthy background giving her all the advantages at her disposal to succeed. 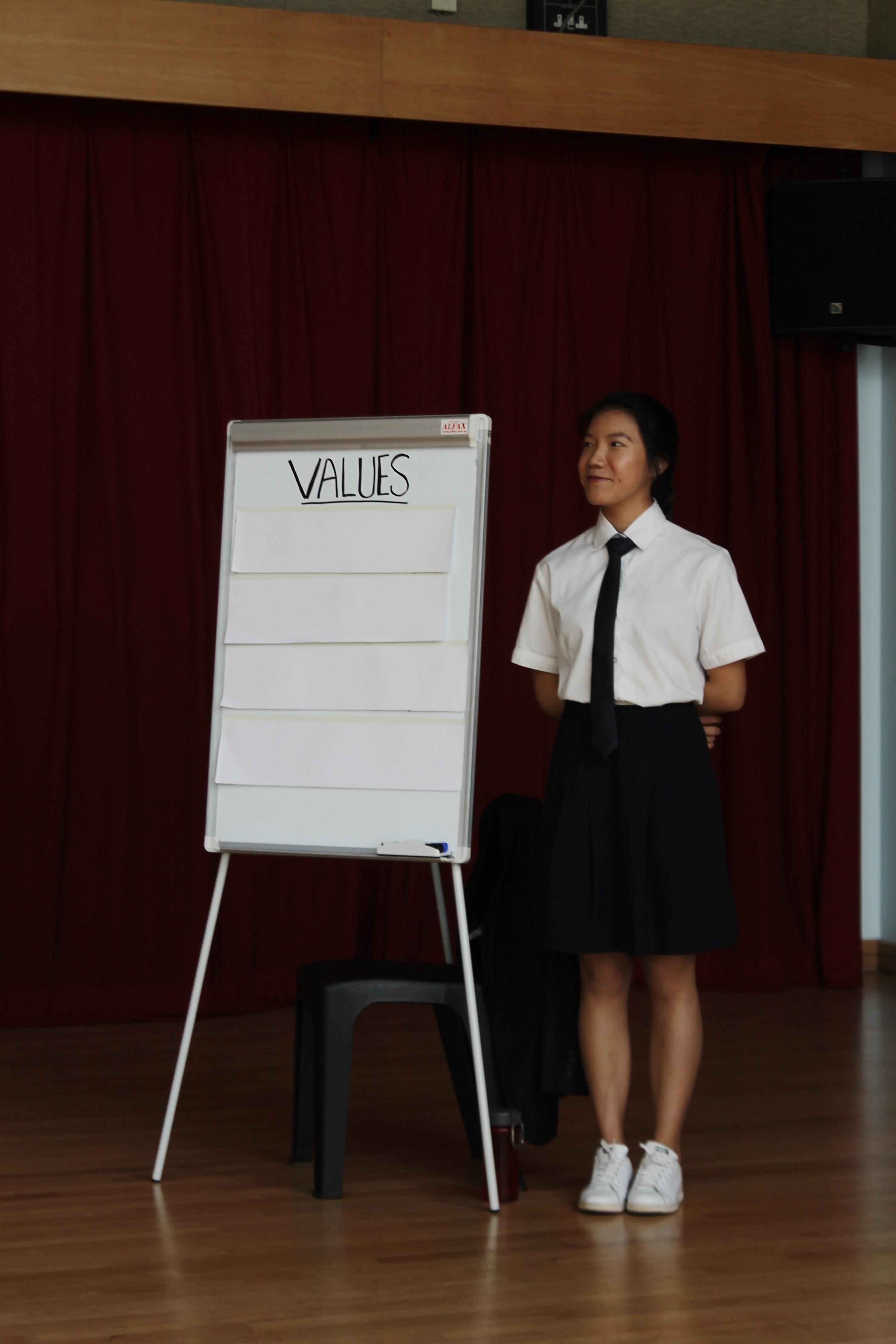 We are left uncertain what The Shadow Curriculum is trying to achieve with its muddled script, as it falls flat on its face while trying to toe the line of being deadly serious in its intent and parody motivational speaker tropes at the same time. Does it want to call out our system for its catering to middle class families? That motivational speakers are full of hot air? Or that even the richest of families face their own share of problems? The Shadow Curriculum, for now, is a show that feels more akin to a compulsory school assembly programme we’d rather play truant from.

The Shadow Curriculum played on 11th January 2020 at the Esplanade Rehearsal Studio as part of the 2020 M1 Singapore Fringe Festival.