First constructed in 1837, Singapore’s Waterloo Street now has over 170 years of history to its name, and a whole lot of lives and stories that have been intertwined with it. Stretched out between Rochor and Bras Basah, if you’ve lived in Singapore for any amount of time, you’re likely to have encountered its landmarks in some form or the other, be it Bras Basah MRT station, Objectifs, Centre 42, the Stamford Arts Centre, the Singapore Art Museum, Fu Lu Shou Complex, the Kwan Im Thong Hood Cho Temple, or the Sri Krishnan Temple, amidst others.

With their home smack in the heart of Waterloo Street, it seemed inevitable that The Theatre Practice (TTP) would eventually take inspiration from their surroundings, and use its rich history to produce a play. But no one could have expected just how big a project this would end up being, with the premiere of Four Horse Road back in 2018. Featuring 10 locations, 3 heritage buildings and involving 50 team members, the promenade theatre performance was of a scale unlike anything the local theatre scene had ever attempted or seen, and paid homage to 150 years worth of stories excavated from the location. The results paid off with rave reviews and plenty of repeat guests who just couldn’t get enough of the experience, hungry to catch every story that was featured and capture the many highs the production hit over a single night, again and again.

Two years later, TTP is back with a new version of Four Horse Road, reuniting director Kuo Jian Hong and playwright Jonathan Lim to helm the project once again. But this isn’t just an ordinary re-staging – the two theatremakers have essentially reworked and revamped the script and staging, tweaking it to become a more definitive version of their earlier run, with new stories, new actors and all the experience from their previous run helping make this one an even better experience than before. Even for those who’ve watched it before, TTP promises that the end product will still feel quite different from the one they watched in 2018. Says director Jian Hong: “For this run, we’re switching some scenes around, and moving things here and there. I can confidently say that this is an upgrade from the last version. We’re now more experienced, and better able to handle the format, knowing what we can achieve with it, how far you can stretch it, and making it stronger.” 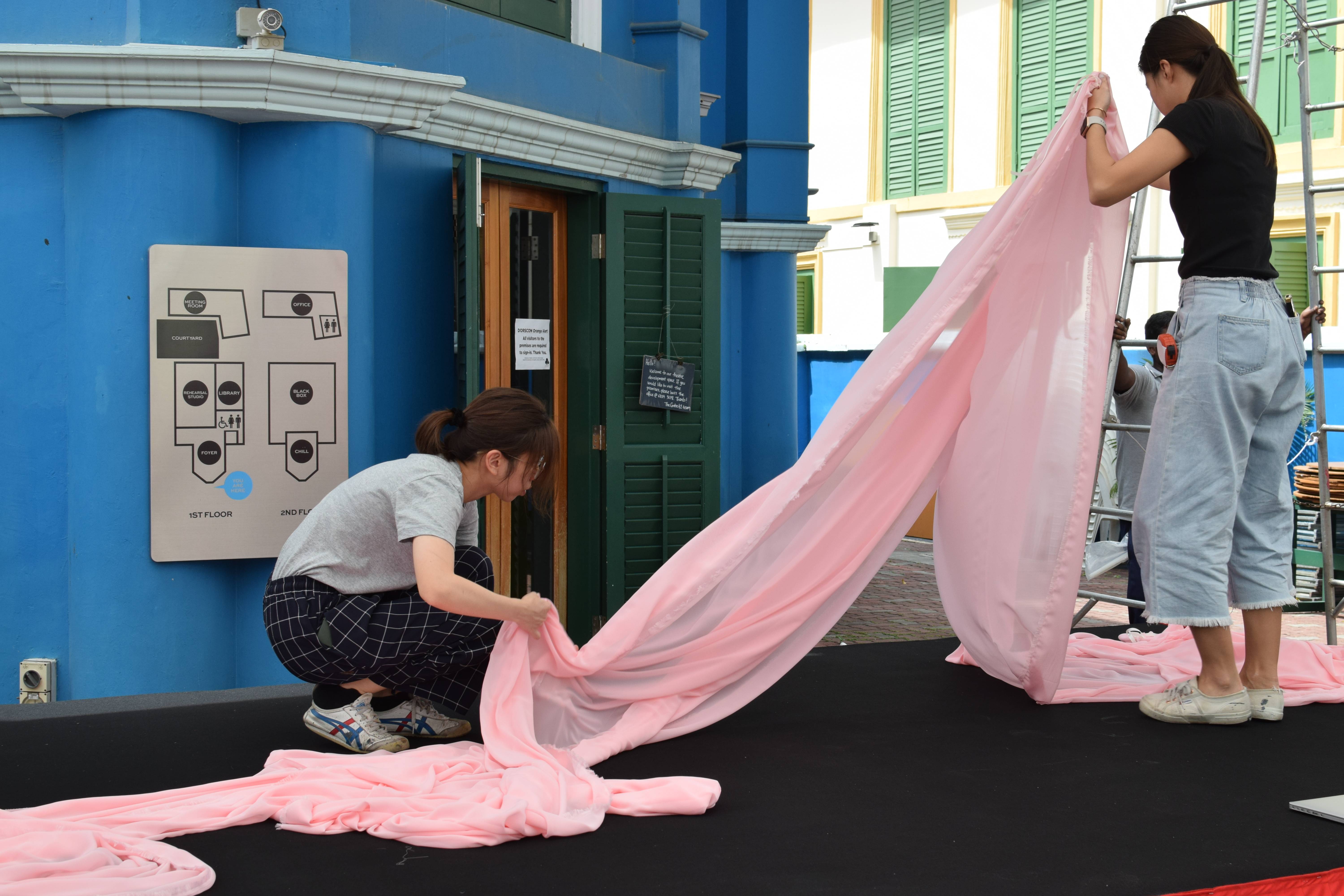 On the recurring draw towards the location and its stories, playwright Jonathan explains: “This area has so much history, especially considering how there’ve been so many schools located around here. Everyone has some kind of memory of Waterloo, and one thing that surprised me most was how many expats ended up coming to the show. There was this one lady who came back maybe two or three times, and I guess it’s because their curiosity and attachment to the history of a place is somehow more easily activated than for Singaporeans, who may take it for granted.”

Adds Jian Hong: “There’s always something new to learn for Jon and I both, and even though we both have childhood memories of the area, we realise there’s really so much we don’t know about it, and still so many new stories that we’ve found for this run. We receive a lot of feedback, and we’re always looking to make things better, and we’ve been preparing a whole new set of resources in preparing for this, from new cast members to shooting a whole new trailer for the show.” 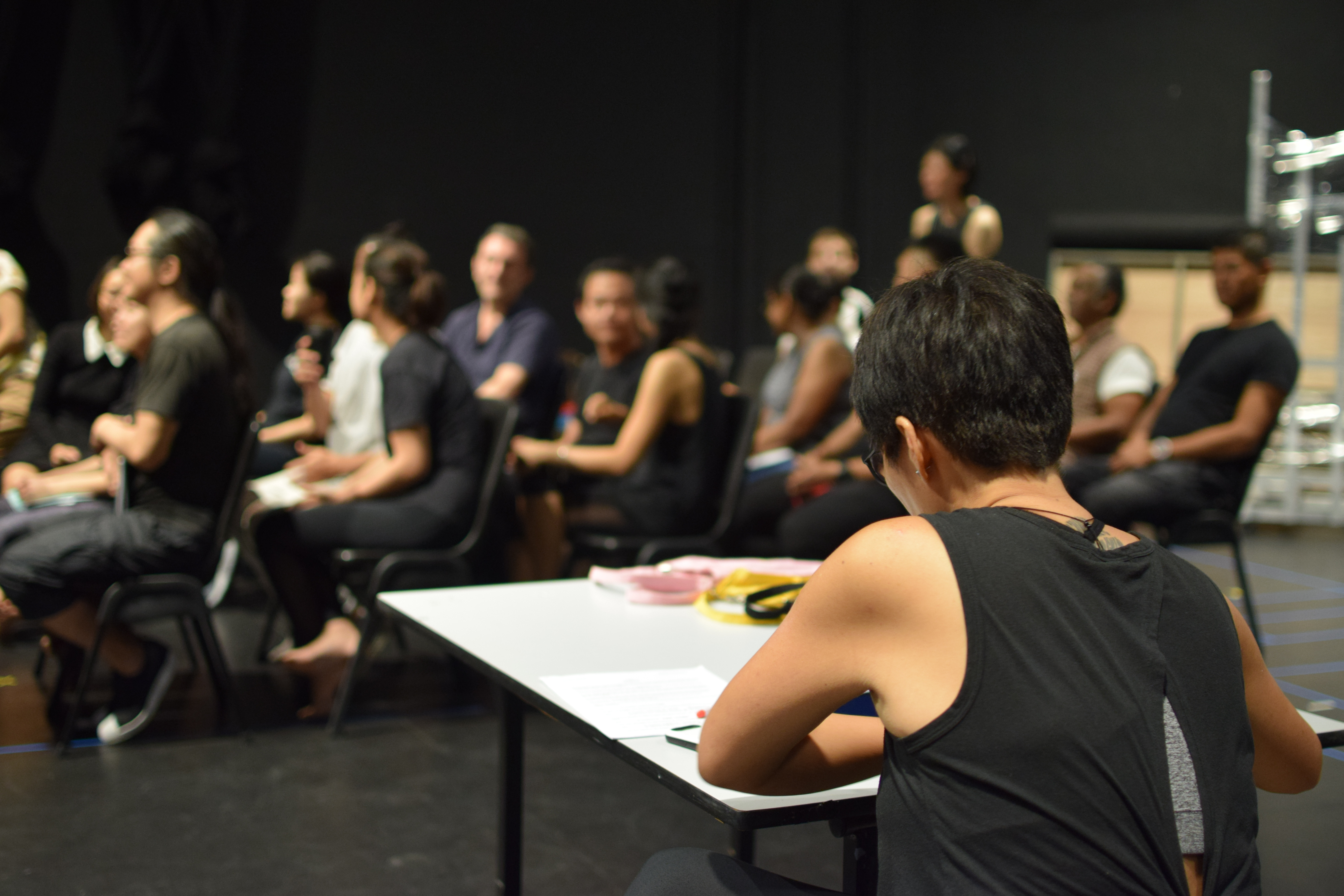 “Think of this as version 1.5, in terms of content, since half the stories are new, but they don’t act as a sequel or anything. It’s refined, it’s upgraded, it’s a more definitive version of what we showed 2 years ago,” she continues. “I’d say even the stories and journeys you’ll experience will feel richer and deeper. We know what we want to explore, and we really wanted to fill in the gaps we felt the last anthology had, and showcase the groups or periods of Waterloo’s history we were missing, and present the wide spectrum of stories that make up our history.” 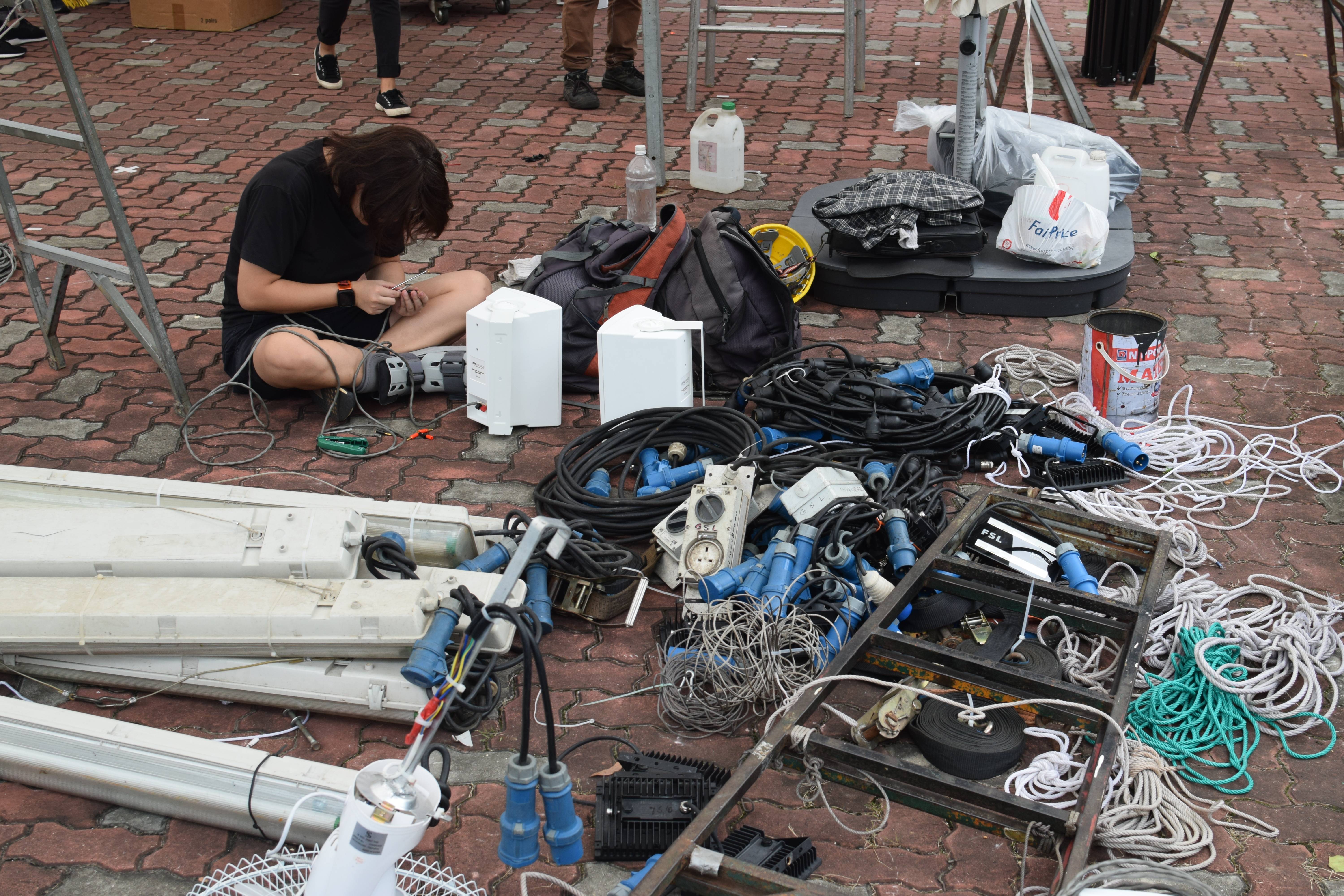 One thing Jian Hong insists on is that Four Horse Road is not immersive theatre, rather, a form of promenade theatre with immersive elements thrown into the mix. “I was very conscious about not using the word immersive to describe the project at all, because nowadays, everything is immersive, and it’s such a double-edged sword,” says Jian Hong. “It’s guided, yet there’s a degree of freedom to it, and I think that it’s very hard to label the project with a specific genre. As artists, we shouldn’t fall into these categories just because it’s convenient to do so.”

“Anyway, what we’re doing isn’t considered enough to be ‘immersive’,” Jonathan adds. “With only 10 minutes per scene, that really isn’t enough time to fully immerse anyone. It’s really hard too – within those 10 minutes, you need to set-up, establish the characters and present a story in that short time. There’s no time to meander, and every point is important. But I suppose it’s as immersive as promenade theatre can get, considering we’re moving around from space to space. There are similarities, but it’s not a direct parallel to what you’d usually consider immersive.” 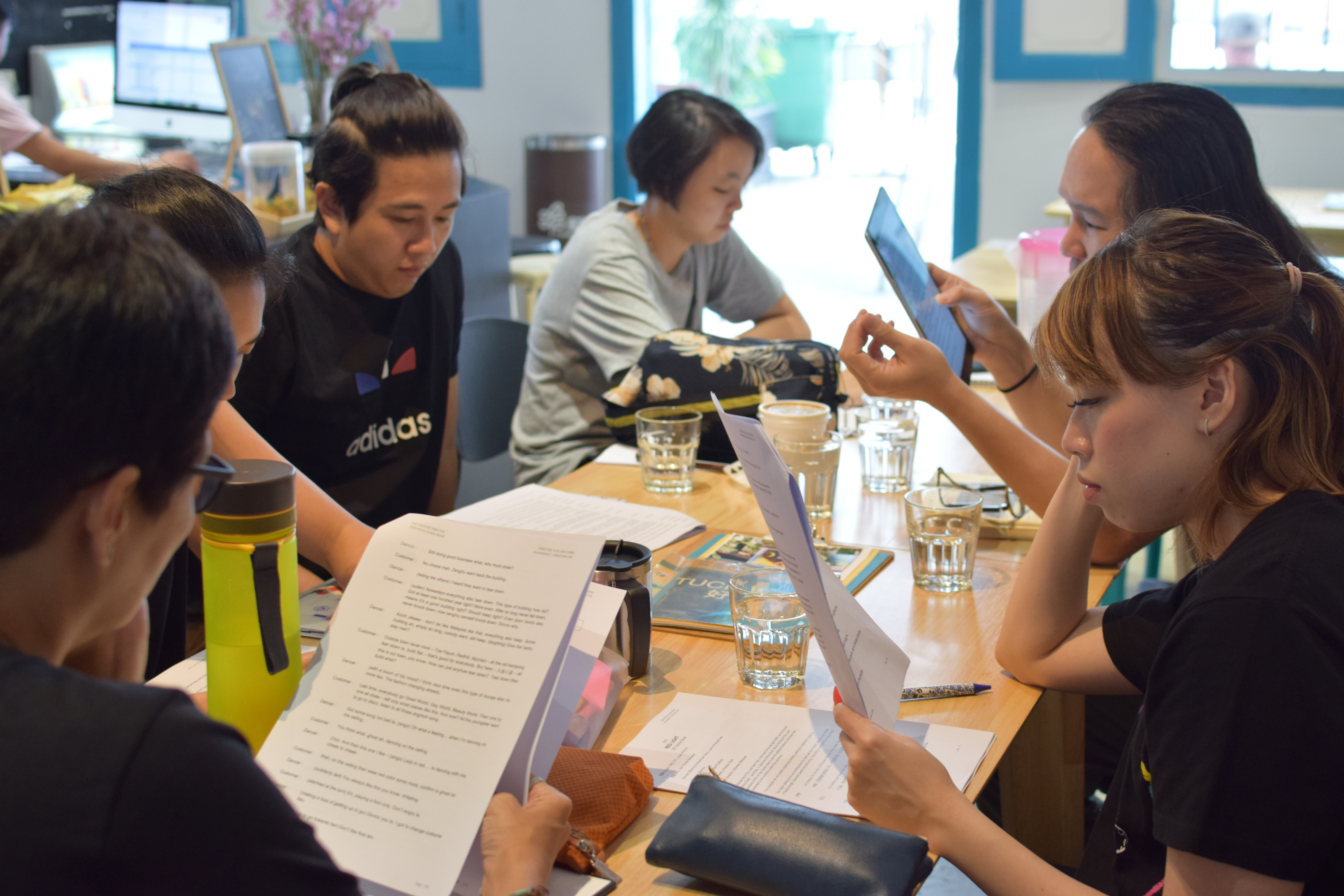 In essence, with Four Horse Road, TTP was creating a new form of their own, with its own set of rules and requirements to play by. That’s not an easy task at all, and one might even say they were reinventing the wheel, in that they were creating a type of theatre that never neatly fell into a pre-established category. “Sometimes it feels like I was directing 17 plays at the same time,” says Jian Hong. “We put a lot of pressure on ourselves for historical accuracy and drama, especially when it comes to physicality, language and accents, where the actors have to really push themselves. Part of the challenge is also to communicate to our audiences what it is we’re trying to do. Thankfully, we’ve got a lot of audience members who are returning for the show after the first run, and they’re bringing their friends along so they can properly prepare them for what to expect.” 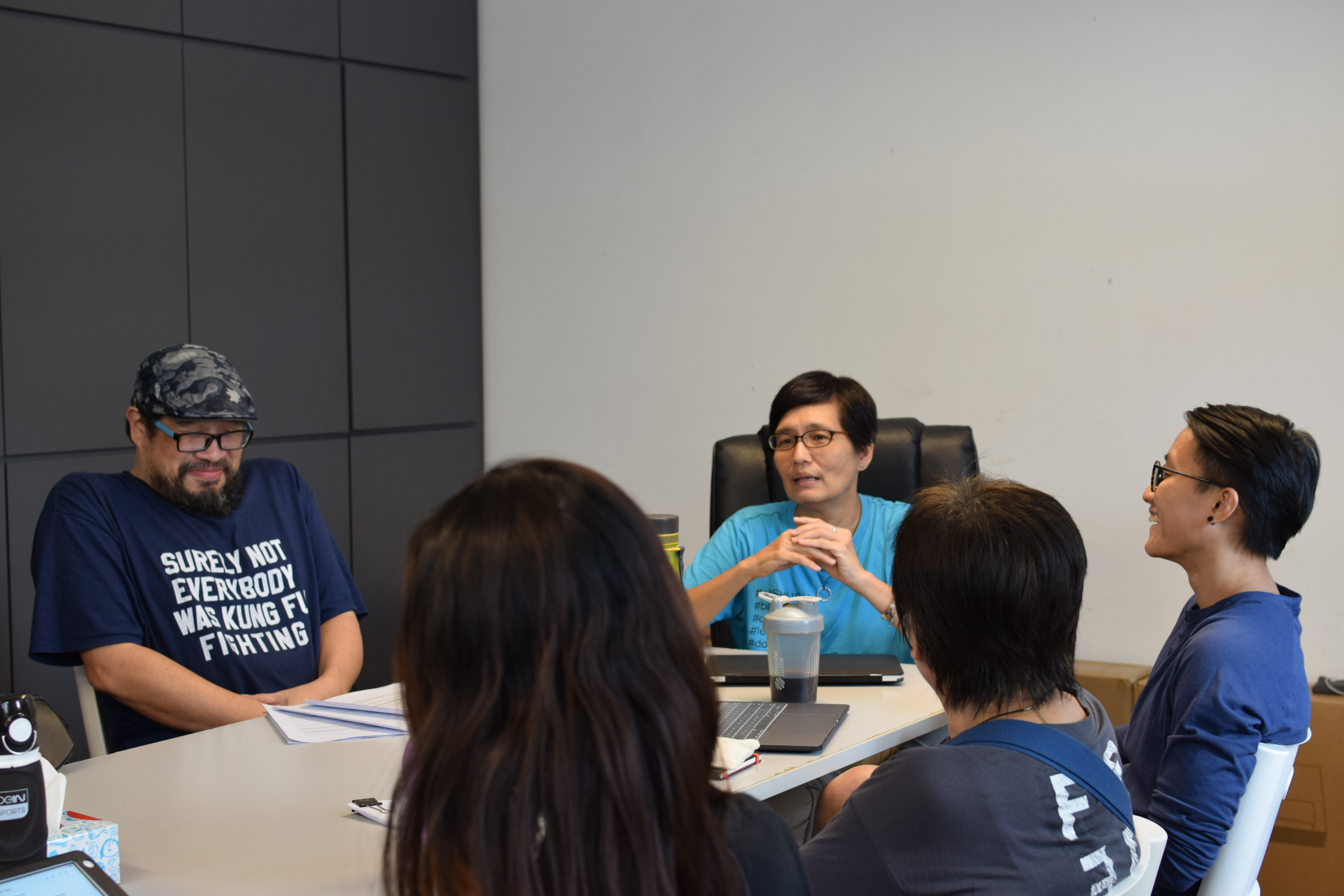 A total of 27 cast members from diverse backgrounds will also be featured, with some of our most esteemed actors today including Sugie Phua, Al-Matin Yatim, Dwayne Lau, Grace Kalaiselvi, Goh Guat Kian, Ric Liu, Ethel Yap, Andrew Mowatt and more, collectively performing in over 10 different languages and Chinese dialects feature in the script. “We’ve been fine-tuning the system from 2018 to now, and it requires a lot of planning to make the show look as seamless as it does, whether it’s having more rain coverage or making the tech and control desks less visible,” she continues. “From our cast to our front of house, it’s all been a huge opportunity for growth in art making, and we’re now more experienced and more forward thinking with our prep. It’s bigger, better, and even more than that. We’re thinking we might even adapt it for schools at some point, maybe presenting individual scenes for them, give students the context and use the form as a means to start a dialogue”

And even with the current COVID-19 situation, Jian Hong is ready to face it head on, with all the checks and measures required in place, along with adjusting the seating to ensure the new 1 metre social distancing rules. “We’re going to be responsible hosts, and do the requisite temperature checks, and provide face masks if people need it,” she says. “I know a lot of freelancers have been badly affected by the virus, but I believe that amidst all this, we have to keep going and find some kind of balance and normalcy still.  Life has always been unpredictable, but it hasn’t stopped. You still have to ride a train or bus to get to work, and we too have to keep doing what we do and carry on with daily life.”

Whether you’ve never seen the show or a huge fan of the previous production, Four Horse Road is back to present a fresh new experience to surprise you with new stories, even more seamless production, and above all, a show that’ll keep you hanging off every word. We’re ready to travel back in time, dive right into Waterloo Street’s colourful history, and meet the myriad of characters that’ve called this place home over the years again, and wait with bated breath as it makes its return next week.

0 comments on “The Banter: A Bigger And Better Four Horse Road With Kuo Jian Hong and Jonathan Lim”