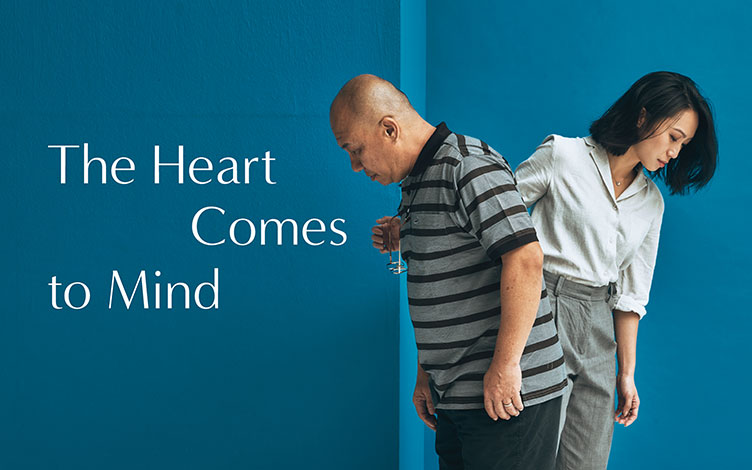 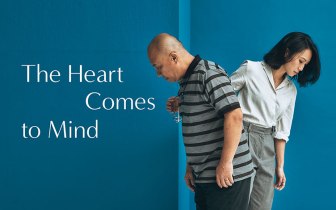 Originally meant to have rounded off this year’s edition of Esplanade’s The Studios 2020, Checkpoint Theatre has faced multiple issues with staging and even recording Lucas Ho’s new play due to the circuit breaker measures in place. But now, they’re armed with an audio version of the production, set to be presented as part of The Esplanade’s The Studios Online season in June, and excited to present a production in this form for the first time in Checkpoint Theatre’s history.

In The Heart Comes to Mind, we hark back to the eternal stereotype that scientists and artists are fundamentally different people. In this play, they’re exemplified by an aging writer and his scientist daughter, who must navigate their changing relationship and own personal demons in the wake of their wife and mother’s passing.

Starring Julius Foo and Oon Shu An, with an original soundtrack by Shah Tahir and Ryan Sim, can father and daughter come to terms with themselves, and learn to forgive each other? We spoke to playwright Lucas Ho and found out a little more about the inspiration behind the piece, his thoughts on grief, and a time when he felt lost before finding himself again. Read the interview in full below:

Bakchormeeboy: How did the idea for The Heart Comes to Mind come about, and why did you decide to adapt it into a play?

Lucas: I became a father in 2016, and early drafts were based on me watching my daughter grow up, while learning to be a parent. So while this play draws deeply on my experience as a young father, it is not autobiographical.

As the play developed across successive drafts, I began to see the work as a speculative memoir, projecting 30 years from now and imagining what my life might be like when I am in my 60s, and my daughter’s when she is in her 30s. My approach then evolved into a kind of long-exposure writing, where the play captures and traverses 30 years of family life in 90 minutes.

Bakchormeeboy: Tell us about the title and the inherent meaning behind it.

Lucas: I’m fascinated by the (false) dichotomy between the heart and the mind, and how we tend to pigeonhole individuals and go, “she’s so cerebral”, or “he’s so sensitive and intuitive”. With the daughter being a scientist and the father a writer, you might expect there to be distinct differences in how each approaches relationships and the world at large by sizing up their personalities to their profession. But the truth is, artists and scientists have more in common that we think.

Bakchormeeboy: A two-hander play can be difficult to handle over 1.5 hours. In what ways does the script manage to keep audience members on their toes or hanging on to the play’s narrative throughout its duration?

Lucas: For this play, I was curious to explore how the poetic form could be presented within a theatrical context. The script has segments of lyricism and poetry carefully interwoven with the mundanity of daily familial interaction. By slipping in and out of the internal and external world of the characters, the abstract and the concrete, I hope that each audience member will be able to uncover something that relates to their own experience of relationships.

Bakchormeeboy: Coming to terms with pain and individual shortcomings seems to be big issues your play will explore. Tell us a bit more about your research process in exploring these issues, and why it is that it is in encountering death that we face these issues face on?

Lucas: As I fleshed out the characters’ worlds and their conjoined histories, the shared loss of a loved one became central to and productive for examining this father-daughter relationship. To that end, I read a fair amount of works about living past 60 – memoirs, essays, novels – and they afforded insight into what life is like when viewed from the other end of the telescope. And, mourning the dead is one thing – learning how to carry on living with their absence is another.

Regarding Science – even though I didn’t do very well in those Physics and Chemistry in school, I have somehow retained more than a passing interest in Science: its processes, its persistent sense of wonder at the natural world, and its single-minded pursuit of truth. And I’ve come to see there are actually many similarities between artistic endeavour and scientific research: both are very open-ended and solitary pursuits.

Bakchormeeboy: Does The Heart Come to Mind seek to provide any solutions for audience members watching it? Or does it simply aim to present a portrait of grief and its effects? How does it seek to differentiate itself from the many other plays already in existence that have already covered a topic like this?

Lucas: I don’t hope to provide any solutions – if anything, I hope the audience might at least feel like they are emboldened to deal with grief in their own way. There are many plays that speak of the initial experience of the loss of a loved one, but The Heart Comes to Mind expands from that singular grief to examine other kinds of losses that are more conceptual – of youth, of relationships and friendships, of opportunities missed – and perhaps more universal.

Bakchormeeboy: What do you personally think Singapore’s theatre scene most needs at this point on the creative front, and what sort of theatre would you like to see more of being produced?

Lucas: I think we need more platforms for all kinds of theatre, not just small indie shows in small black boxes, or the big blockbuster extravaganzas in large prosceniums. We need everything in between – these types of spaces are vital in any maturing theatre scene. Nothing should be considered “lesser” or “less important”. And all shows should be easily and readily accessible to all. There is a lot of good work that is being produced now, and I hope we can learn to embrace and value all of it.

Bakchormeeboy: With this year’s The Studios theme being Lost & Found, was there ever a time you felt lost, and how did you end up finding yourself again?

Lucas: I think what we now call ‘adulting’ is really a blanket term for a way to bypass the fact that as people, we are lost, or that we tend to get lost more often than we like. Sometimes, losing your way allows for new discoveries and breakthroughs. Life is funny like that.

The Heart Comes to Mind was originally meant to play from 23rd to 26th April 2020 at the Esplanade Theatre Studio, as part of The Studios 2020, but was cancelled due to the ongoing COVID-19 situation.

However, Checkpoint Theatre has now made plans to present an audio version of the play as part of the Esplanade’s The Studios Online season 2020 from 6th to 12th June 2020. More details available here

The Studios 2020: Lost & Found was meant to play at the Esplanade Theatre Studio till 26th April 2020 but was cancelled due to the ongoing COVID-19 situation. The full lineup isavailable from the Esplanade.

0 comments on “The Studios 2020: An Interview with Playwright Lucas Ho (The Heart Comes To Mind)”