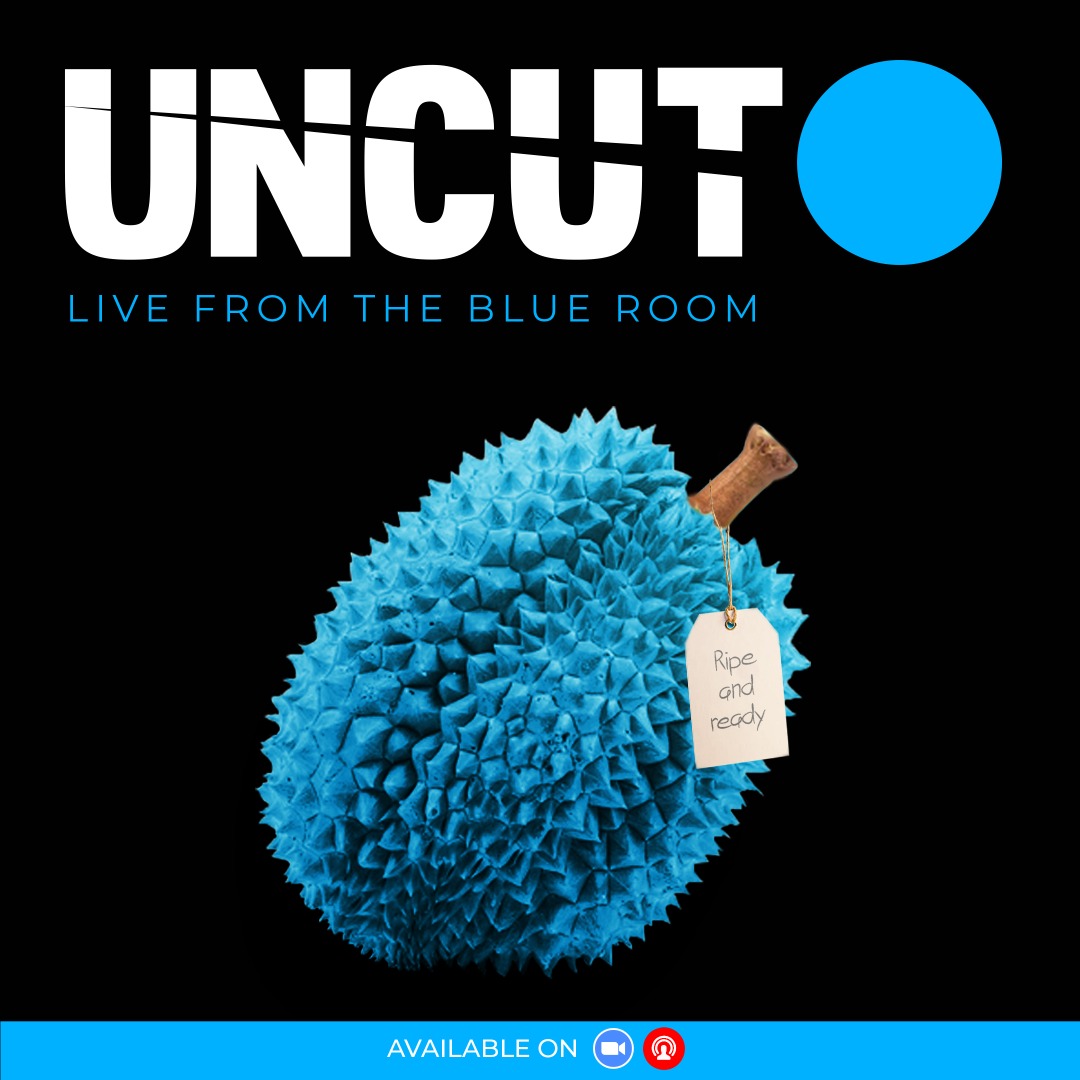 KUALA LUMPUR – Joe Sidek is best known as the former director of the George Town Festival and Rainforest Fringe Festival, amongst others. But in these unprecedented times, a festival is something that seems impossible to even conceive or plan for, let alone see happen in the near future. With the art world facing its biggest crisis to date, Joe has decided to rally some of his peers and friends in the scene for a series of honest conversations about how they’re coping, and just what is it that lies ahead for them.

Positioned as a series informal talk sessions featuring some of the most interesting names in film, art, music, dance and theatre from Malaysia and the world, Uncut: Live From The Blue Room kicks off this weekend with guests filmmaker Rithy Panh (Cambodia), actress Tan Kheng Hua (Singapore), and filmmaker Dain Iskandar, with new episodes every Saturday and Sunday through 18th July. 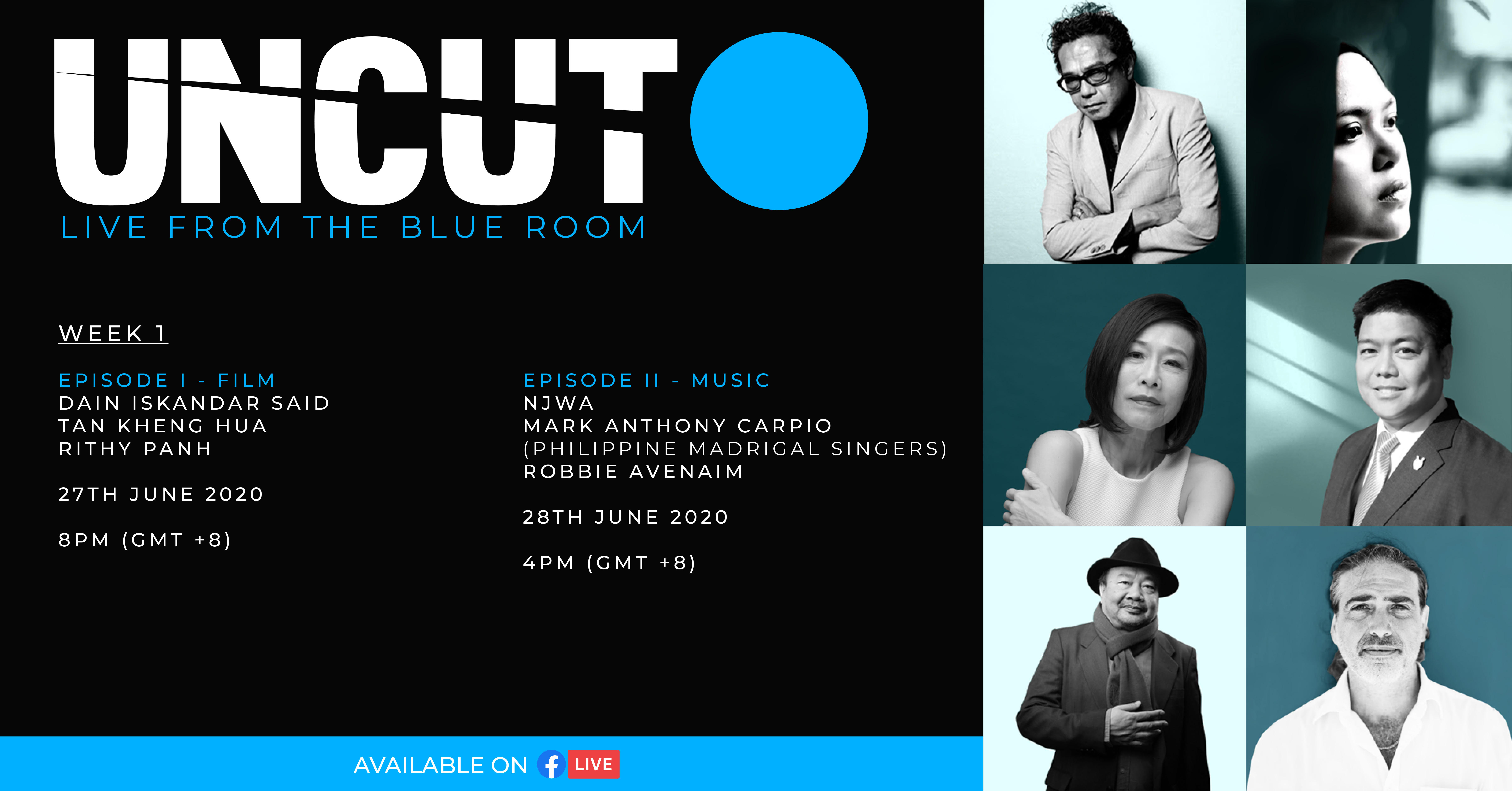 “Everyone’s already talked about budgets, cuts, artist rights and so on, but I really wanted to get to the heart of the issue, and being straightforward about how everyone’s feeling right now,” says Joe. “Malaysia’s arts scene isn’t ubiquitous, and there’s so many layers to it, from the commercial to the indie. It’s important to respect all these layers and make sure they’re represented and have a voice.”

The striking image of a blue durian came to Joe and his team quite by accident, not only playing on how it’s currently durian season, but also how the show is set in the formal dining room in ChinaHouse Penang, where Joe has hosted many of is guests for cuisine, cake, coffee and conversation when they were in George Town. “My team and I thought a blue durian is a little quirky, but also quite sexy and relevant,” says Joe. “We’re not afraid to approach some of the thorny issues, and it’s really all about sharing more about the personalities behind the artists, and for them to come together as a community and realise they’re not alone in this struggle.” 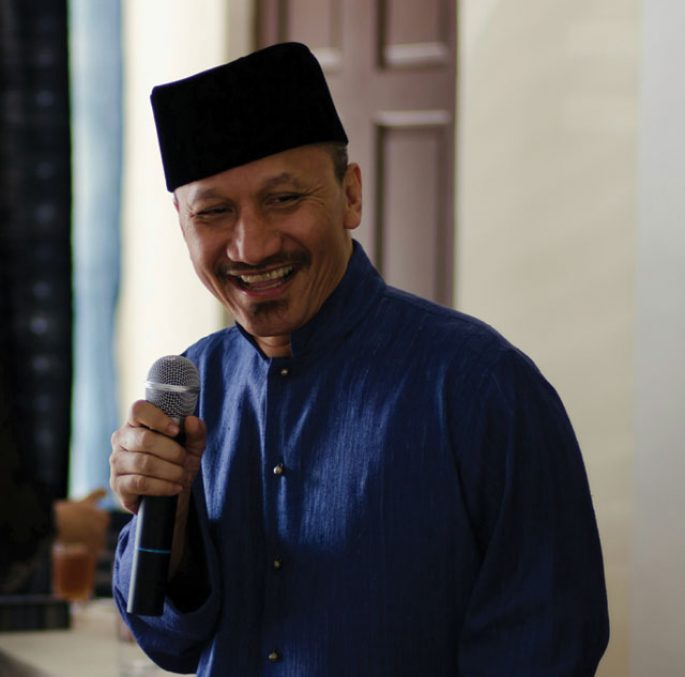 Each of the artists chosen for the lineup aren’t just big names in their own right; each of them also shares a good relationship with Joe. Kheng Hua, for example, has been a close friend of Joe’s for years now, having been a firm supporter of the George Town Festival every step of the way, while musician Robbie Avenaim (on Sunday), had previously worked with Joe on a show, and the two hope to collaborate once more in future.

“We’ve been very lucky in that we’ve managed to get just about everyone we wanted to take part,” adds Joe. “I’m pleasantly surprised by how receptive everyone has been, even the big names who were a little hesitant at first. They’re actually quite shy about going online, but I explained to them the importance of this project, and really to share how we were all in this together, and would get through it the same way.” 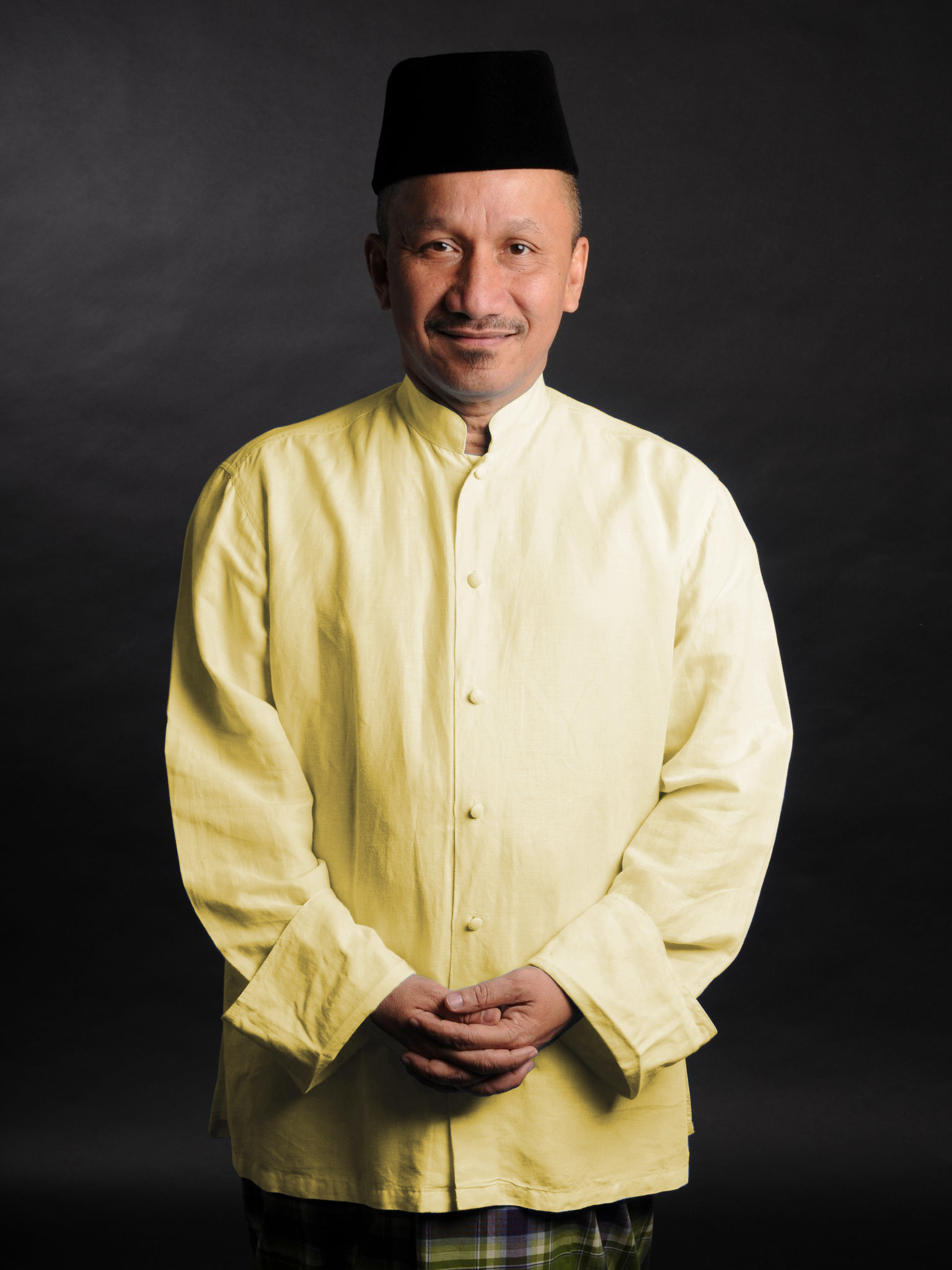 At the end of the day, you can take a man out of the festival, but you can never truly take the festival out of the man. Given the amount of time he’s had to think during the COVID-19 pandemic and lockdown, Joe elaborates a little more about a potential ‘Malay Festival’, in which he imagined a festival celebrating Malay culture, not necessarily targeting Malays, but for the world. “I did some research about the history of Malays in Penang,” says Joe. “And I’m thinking that the festival should be about matching contemporary and traditional ideas, and sharing how Malay culture has continued to thrive and spread across the world. It’s a very exciting train of thought I hope we’ll be able to take further.”

“Over the last 10 years, I’ve really begun taking more time to listen to others and do more research, and I realise how much I’ve missed out on over the years. It’s sort of like digging for truffles, where you have to know where to look and unearth these new ideas,” Joe concludes. “Even though I’ve moved on from the George Town Festival, I don’t want to move away from indigenous, Asian-focused festivals just yet. There’s still so much we’re missing from the current landscape, and I want to continue figuring out what these are, learning new ideas, and eventually connecting the dots to form something greater than the sum of its parts.”

Uncut: Live From The Blue Room streams from 27th June 2020, 8pm on Facebook Live. Catch the premiere of Episodes 1 and 2 this weekend here

0 comments on “The Banter: Joe Sidek speaks about his new talk series, and ideas for a new festival”