As far as art forms go, it’s not often that one medium gets a smooth adaptation into another. But with The Substation’s Coming Home: Theatre Triple Bill, three theatrical works originally slated to be performed live earlier this year have managed to find a new home in the form of short films, as produced by Russell Adam Morton.

Marking the first set of programmes to launch Raka Maitra and Woon Tien Wei’s artistic co-directorship, Coming Home: Theatre Triple Bill is an exercise in triumph against adversity. Despite all three works having their origins in the theatrical form, it’s quite remarkable that they’ve been adapted as well as they have for film, respectable products in their own right. Much of this can be attributed to each artist’s ability to deconstruct, or reimagine and repurpose their pieces accordingly, with the cinematography, editing and performances all professionally executed, while still capturing the original essence and intent of each idea. 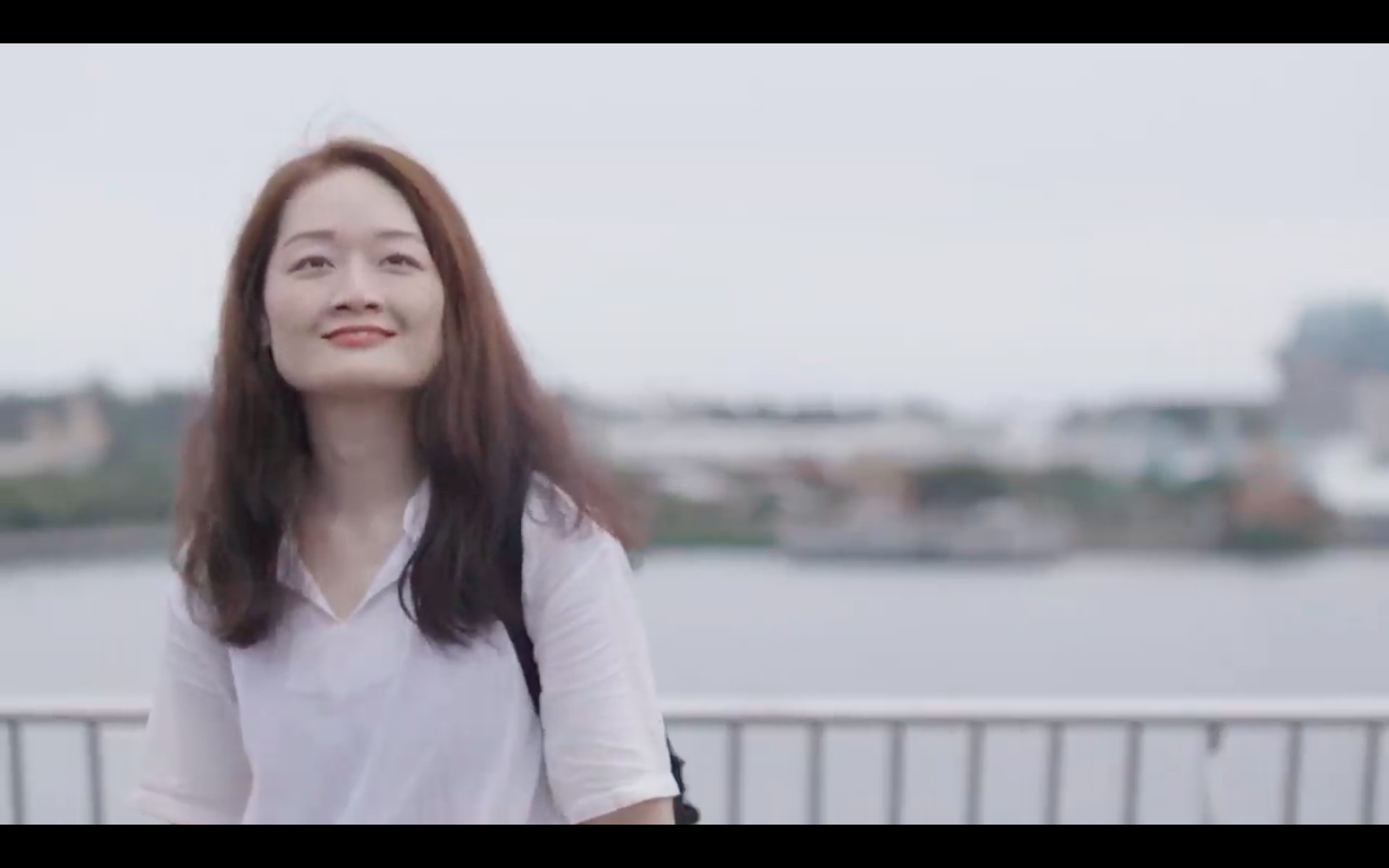 The evening opened with Lina Yu’s The Ecosystem, a short, solo work that was originally conceived as an individual project during her time as a student at the Intercultural Theatre Institute. Lina herself stars in this piece, an artistic interpretation of her work process and an extension of her mindscape into the the world around her. Taking us from the comfort of her home to the great outdoors, there’s a distinct sense of calm the longer she stays outside. No longer does she seem stuck in the confines of her mind, but allows herself to be amused and fascinated by her surroundings, with little details she notices convincing us all that every thing we experience has its place in the circle of life.

While performing a series of taichi-like movements, we can clearly see how controlled her breathing is, an expression of calm spreading over her face as she finds peace within herself. Heading into a forested area, she breaks from a walk into a run, and we feel her finally free at last, this ecosystem of her life requiring that movement, that breath and that break to see her own value as an artist. The Ecosystem allows viewers to feel that same sense of achievement and worth that Lina feels in the film, and we too end the film feeling calm and contented that we too belong here, in our own way. 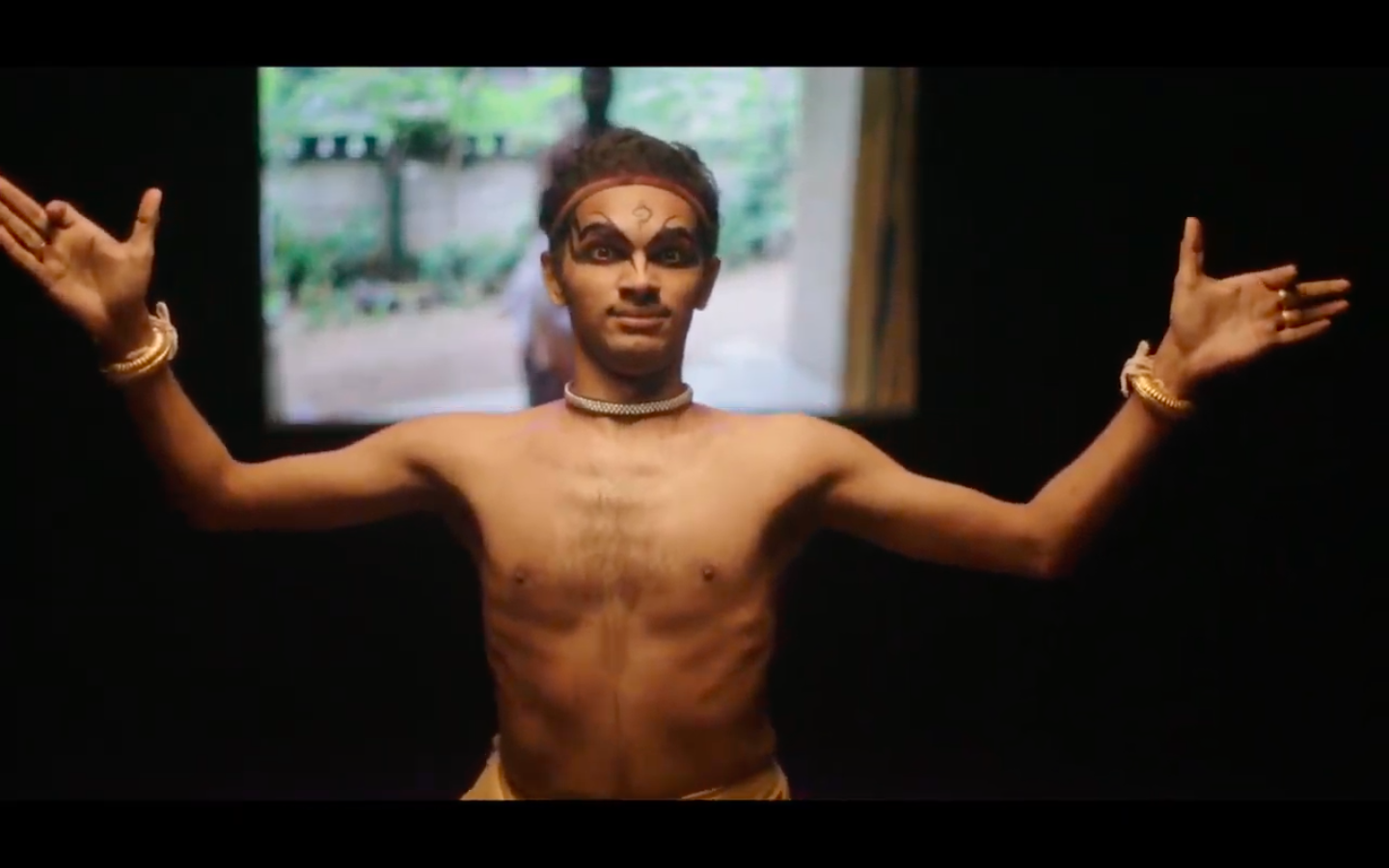 In Kutiyattam, the film initially opens with an image of drummer Kalamandalam Rahul T S as he sets a steady beat in a garden, before we zoom out, and realise that this is merely a film within the film, and find ourselves in the Substation. With that image acting as a backdrop, we turn our attention to Kalamandalam Ramith Ramesh, who begins his performance. Of the three pieces, this was the work that was the most true to its original form, using the film format to capture the titular dance in its entirety.

Ramith proves himself to be a skilled kuttiyattam performer, something that the film form surprisingly manages to elevate further. With the use of camera angles and closeups, we are now able to appreciate the minute movements and intricate details that go into the performance we might otherwise not be able to catch from a distance. Unlike a live theatre performance, the film version of this work focuses on specific parts of Ramith’s performance, such as the precision of his footwork, or the intensity of his gaze as he looks into the fire. There is nothing but admiration for this young artist as he maintains his energy from start to end, the effort and tension evident from his body, and a rare chance to witness this traditional art form in all its complexity, made better still through film. 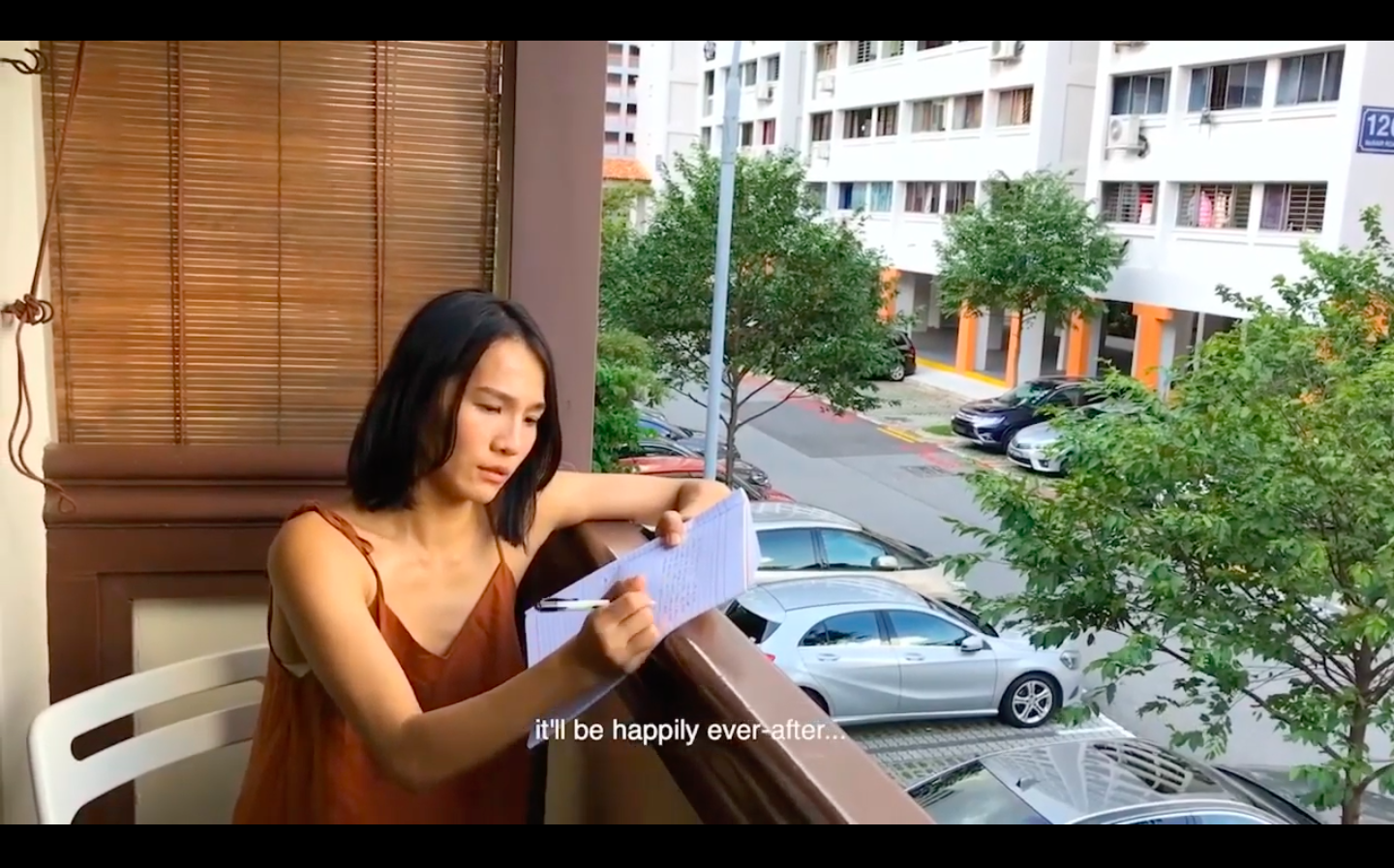 Ending off the evening was At The End Of The World…, with Zelda Tatiana Ng having adapted it from a script by Kok Heng Leun. The film follows Wendy Toh playing an unnamed woman recounting a series of strange events in her life (narrated in a voiceover by Zelda), often tragic and somewhat surreal in nature. We hear of strange tussles with other women for the last shoe on sale, before we are taken to her humble HDB home where she pens her thoughts down in a personal diary before taking a smoke listlessly.

These scenes are interspersed with abstract visuals, while we hear news reports of the coronavirus emerging in the world, making the film’s title far more pertinent as we feel the sense of despair and powerlessness when faced with a pandemic of such a scale. Watching Wendy wander the empty Changi Airport, the ghost town-like world only serves to further emphasise her own internal sense of loss and uncertainty. But as much as it feels as if it is the end of the world, the film ends on a note of hope, as we see Wendy standing atop a building, the blue sky matted with clouds right behind her, as if it too knows that despite all the hell life throws at us, we still get by, somehow.

With most companies having turned to Zoom or live streams to present new content during this period, The Substation’s bold move of reincarnating their live performances as short films sets it apart and pays off well. An atmospheric experience as a whole, it’s even more impressive when you consider that most of these films were created within the limits of the circuit breaker, with outdoor scenes filmed more recently and in such a short span of time. In the post-show dialogue, Ramith Ramesh comments that he never imagined something that seemed so simple would turn out so difficult, and it is to the credit of The Substation that each film is well-produced. Just because there are so many limitations during this period certainly does not mean that the quality of new work is compromised, with Coming Home proving precisely how all it takes is good, creative artists to make good work and make full use of their chosen mediums, regardless of the circumstances. Coming Home is a light in the dark amidst these uncertain times, and makes us excited for The Substation’s new season, ready to come back in full force and show everyone why they have and continue to be a mainstay of the Singapore arts scene.