A book of crude drawings that will put readers on either end of the love-hate spectrum.

Described as a ‘picture book for adults’, Australian author Dean Blake’s Everyday A-holes feels akin to an Instagram feed compiled into a single e-book. Inspired by real life encounters during the author’s travels across the globe, the portraits are (deliberately) crudely hand-drawn, each accompanied by captions describing the ‘everyday a-hole’ pictured. 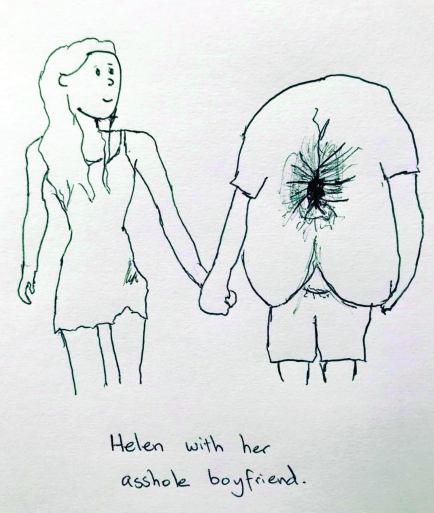 Without a doubt, this is the kind of work that will either resonate completely with its target audience, or lose them in its execution and intention to offend. There is a directness to each picture that says exactly what Dean wants. Helen is literally dating an asshole. Barry hides his tears in the shower. Or Billy straight up states that his parents’ relationship is ‘BROKEN’ (in caps). 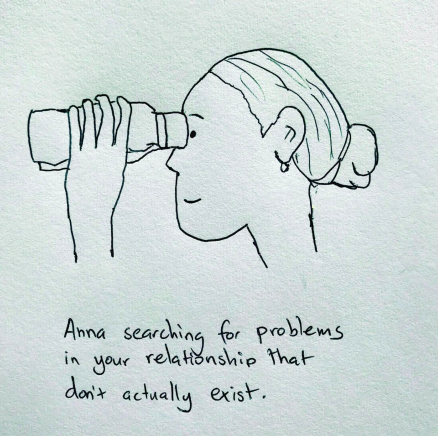 Perhaps its straightforward approach is precisely where I found issues with it. They say things are funny because they’re true, but simply stating truths is rarely enough to bring on the laughs. These portraits may depict people who absolutely exist in real life, but Blake’s observations, much like a knock-off David Attenborough, personally pale in comparison to say, Dave Shrigley‘s chaotic absurdism or the under your skin creepy joy of Edward Monkton, or even the average meme leveraging on deadpan tone and pop culture references. 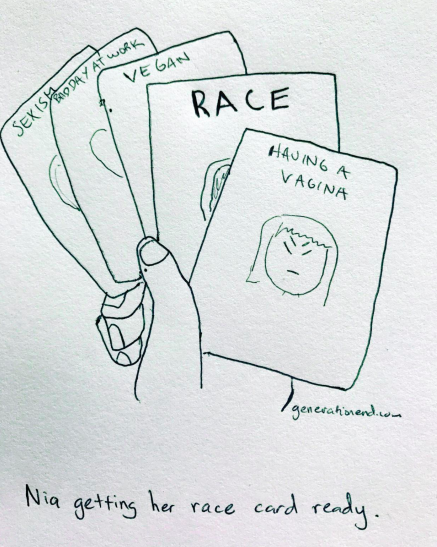 It doesn’t help either that most of the depictions have a distinct sense of unoriginality, and worse, repetition throughout the book. Eventually, most of the images bleed into each other, characterised by their sheer determination to wring what little they can from observations, the kind of humour that’s enjoyed in small doses but overwhelming when compiled into a single tome. 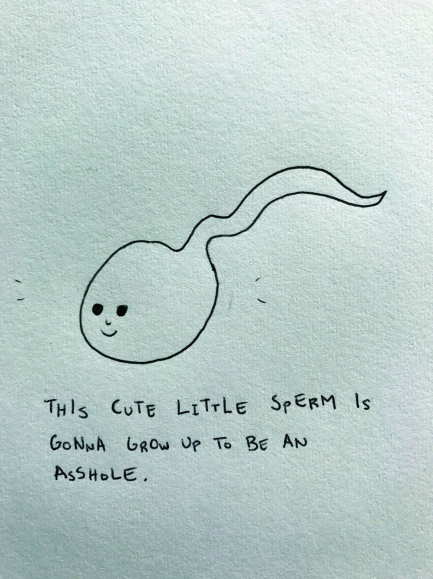 In essence, Everyday A-holes acts as a backlog of Dean Blake’s early work, likely aimed only at die-hard fans interested in seeing his growth as an artist from past to present. Without a doubt, this is a book that will have its fans, and feels like work that belongs in an independent zine due to its low budget, hand-drawn nature (with eraser marks clearly visible). But for us at least, this book neither offended nor brought on the humour, and frankly, made for a very odd read. 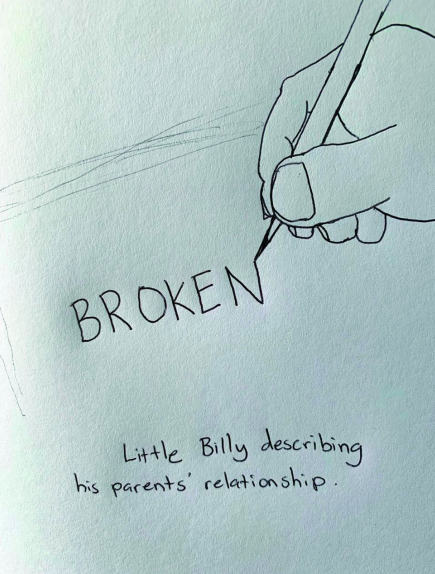 Recommended for: Pessimists who enjoy crude humour, and laughing at how there are people who have it far worse than themselves.

To purchase Everyday A-holes and Dean Blake’s other books, head to the official website here.The book will also be available on all major online retailers, including Amazon, Barnes & Noble and Book Depository.