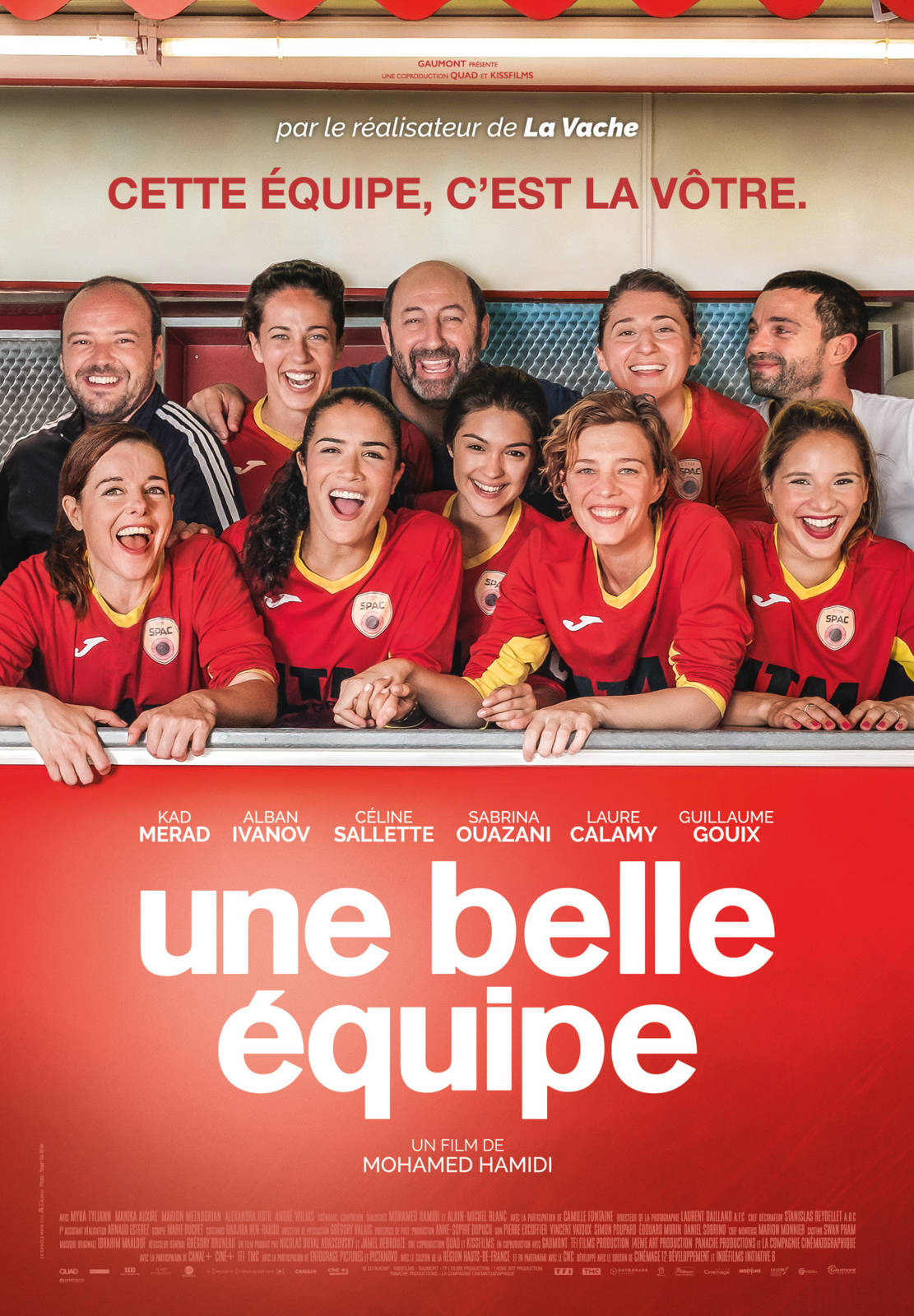 Football may still be seen as a male-dominated sport, but that doesn’t mean the ladies aren’t coming into their own. In Queens of the Field, a brand new team of female football players steps up to the game when their small country town risk losing their funding along with their field, after their football team is disqualified for insulting a referee during a major game. Can these queens prove themselves worthy of adore, and fefend the city’s colours?

We spoke to director Mohamed Hamidi to find out more about the origins of the film, and what he hopes audience members feel after watching it. Read the interview in full below: 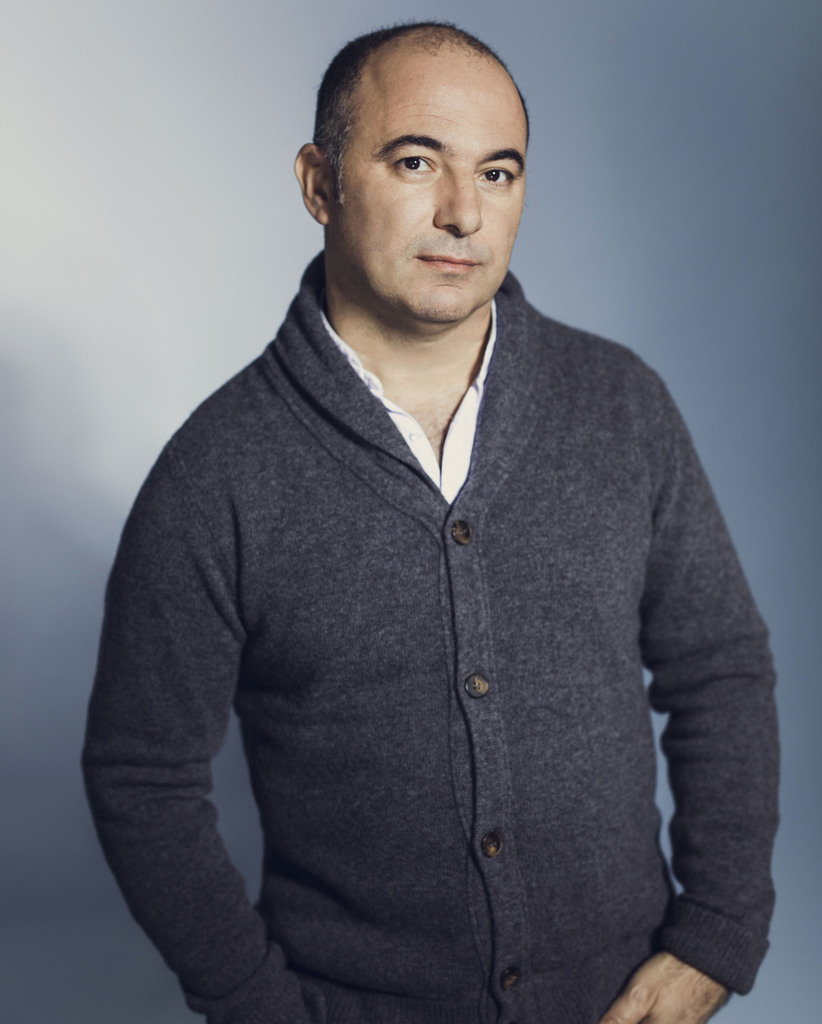 Bakchormeeboy: What gave you the idea to do this film in the first place?

Hamidi: My first films were more personal, and focused more on themes of identity, immigration. For Queens of the Field, I wanted to tell a more universal story. And what could be more universal than football? In the neighbourhood where I grew up, football was almost a second religion (if not the first). In addition, the main characters of my previous films were men and I wanted to make a film that was about female characters. 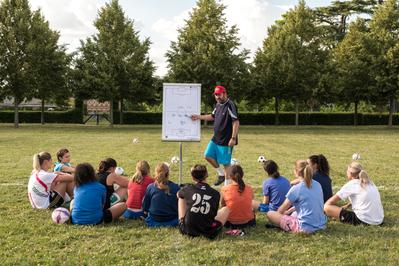 Bakchormeeboy: As a male director, how does it feel to make a film that has such strong female overtones to it?

Hamidi: I come from a big family and I have 6 sisters. With my mother, that makes 7 women. It’s almost a football team! When I had a chance to make a film about a female collective, I thought making a film about a team of girls was the way for me to bring to screen the years I spent watching my sisters. The relationships between women and men but also the relationships between women are fascinating to explore, especially in comedy. By playing on prejudices, stereotypes, clichés linked to gender, we can see that sometimes, everyone stands in a position that is sometimes comical, sometimes more problematic. But all of this always gives the way to great stories to tell. 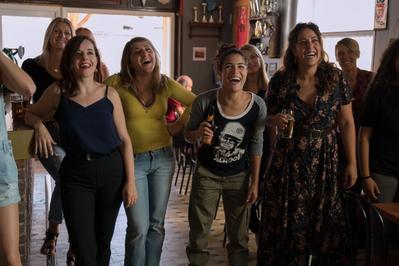 Bakchormeeboy: Part of the joy of the sports film isn’t just the backstories of the sportsmen, but also the sports scenes that go into the film. How did you ensure that the soccer matches shown in the film remained exciting for audiences to watch?

Hamidi: I am passionate about football. It’s a sport that I have played a lot. (I was born and raised in Bondy, the city of Kilian Mbappé.) I had to make football interesting and credible. We worked a lot with my team on the breakdown of the matches and action scenes. We decided to film as close as possible to the field, with 3 cameras but letting the game unfold as naturally as possible. It is the actresses who did a wonderful job preparing very seriously and giving their everything during the shoot. For a football film, you have to do and redo the actions with the same intensity. It takes a lot of work and concentration. The tight montage also greatly energized the matches. 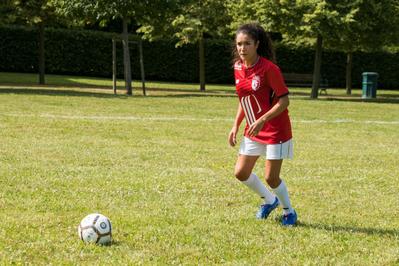 Bakchormeeboy: Balancing comedy and drama is not easy to do in a film. How do you ensure that the jokes/punchlines you write into a film are funny?

Hamidi: I tell myself that something that makes me laugh can make others laugh. Often the situational comedy or jokes are inspired by or derived from reality. You have to let your ears and eyes hang out and let your imagination run free. Comedy is a state of mind. The same situation, if we look at it with a smile, can have a whole different meaning. As for the relationship between drama and comedy, it’s really the same thing. We are talking about strong situations, situations that are out of the ordinary and have an impact on those who experience them. In some cases they make you laugh in others they make you cry. The greatest comedians carry good drama in them. 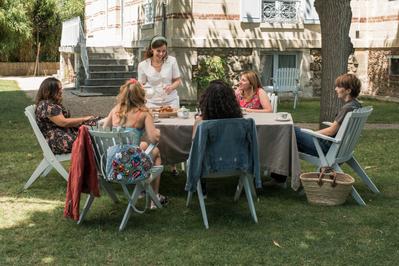 Bakchormeeboy: You’ve previously worked on films such as One Man and His Cow and New Biz in the Hood. What would you say characterises your films, and what gives them the ‘Mohamed Hamidi’ feel?

Hamidi: I try to make films and tell stories that are simple, human, funny, but also deep. It is true that I am often told that my films are like me. So if we are to talk about style we have to talk about a mixture of humour and humanity. I like to create simple but endearing characters that you want to spend some time with. For me the cinema is a place of meeting, of discovery, like life. I try to make the spectators who watch my films feel good, and that they are surrounded by interesting, funny, exciting people. 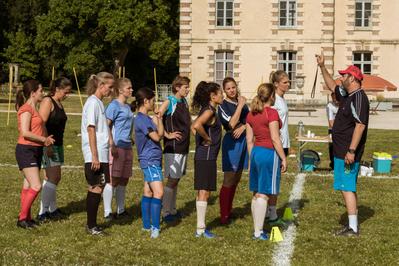 Bakchormeeboy: Do you feel there is good gender equality in the film industry? Or is there still a long way to go?

Hamidi: We can see that there is still some way to go. There are still a lot more male directors who make films, and who get nominated at festivals. We are also still a long way from equal pay. As in any industry and in any economy, those who have the power and who were the first have a hard time letting go. But things are progressing a little, especially for the last 3 or 4 years. Hopefully things will speed up with the arrival of female directors and producers who will push cinema to be more feminine. 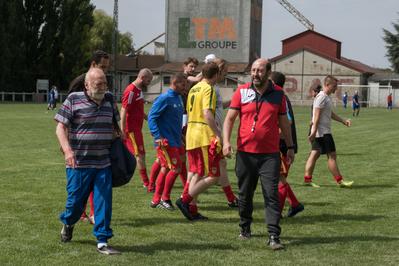 Bakchormeeboy: Approaching such topics are always contentious, how has the support been for this film and these genre of film? 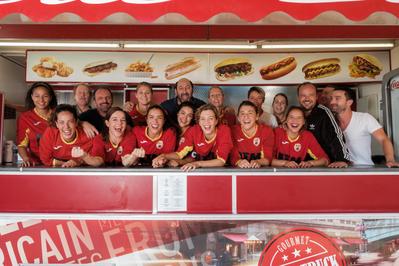 Bakchormeeboy: How do you hope audiences feel or think about when they finish watching this film?

Hamidi: I hope that they will want to continue to walk some of the way with the characters and that they will bring part of the film back with them. Until the next.

Queens of the Field plays as part of the 2020 Singapore French Summer Festival, which runs from 14th to 31st July 2020 online at KinoLounge. For more information, visit their website here

0 comments on “Film Fanatic: An Interview with Mohamed Hamidi, director of Queens of the Field”