French a capella group shows off their range. Known for their genial attitudes and fun approach to their concerts, Opus Jam members Emmanuel Cappalaere (founder and tenor 2), Julien Guilloton […]

French Film Festival 2019: Who You Think I Am dir. Safy Nebbou (Review)

Juliette Binoche turns in a captivating performance in this twisty thriller about catfishing. From the day it was created, the Internet was and continues to be a source of hope, […]

First loves are hard to let go of. You never really forget your first love. But for Camille (Lola Créton), whose teenage romance with Sullivan (Sebastian Urzendowsky) is passionate and sexually-charged, […]

Voilah! 2019: Making Scents of Perfume With A Workshop By Maison 21G, presented by So Chic

Starting out as a printed paper guide 5 years ago, So Chic, an initiative by the French Chamber of Commerce in Singapore, has only been growing year on year since. Not […]

Sing’Baroque was just founded in November 2018, but in the year since its inception, has already made waves in the local music scene with their presentation of oft forgotten baroque […]

Voilah! 2019: An Interview with AR Artists Adrien M and Claire B

Catch a work by Adrien M & Claire B and you’d swear that you’ll have stepped into another world, or multiple realities have collided. The French multimedia artists are masters […] 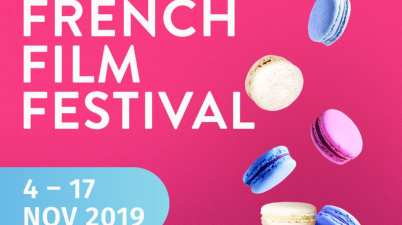 Back for its 35th edition, the French Film Festival returns as part of Voilah! France Singapore Festival, with an exciting lineup of 27 latest feature films and classics from 4th […]

Formerly known as “A4”, the history of French group Opus Jam began in 1995 when the group’s founder Emmanuel Cappelaere met the American Gospel vocal group Acapella. He realised that […] 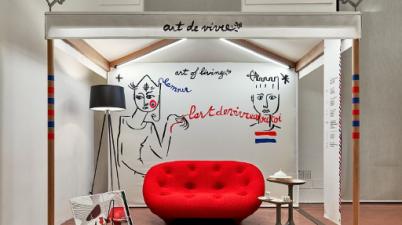 Voilah! 2019: NO TASTE FOR BAD TASTE, so Starck, so Bouroullec… so le French Design

Renowned design exhibition, NO TASTE FOR BAD TASTE, so Starck, so Bouroullec… so le French Design, will begin its run in Singapore from 12 October to 16 November 2019, showcasing the best of French […]

Francophiles rejoice – the 2019 edition of the Voilah! France Singapore Festival is here this October and November with an unprecedented number of programme presenters (over 100) as they pay […]

When Frederic Coiffe joined So France as executive chef one month ago, he noticed the many restaurants focusing on gastronomic, complicated cuisine, and had only one thing on his mind: […]

If you ever feared the robot revolution, Melbourne-based French artist Mathieu Briand will assure you that it’s probably not going to happen anytime soon, if at all. A self-professed […] 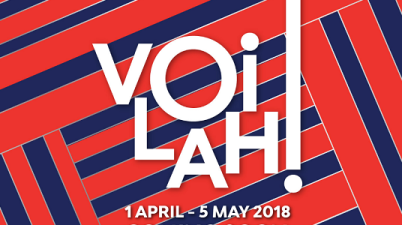 Voilah! 2018: Must See Shows From The Best of French Arts

With the return of Voilah! French Festival Singapore this month, a veritable lineup of exciting programmes from France, Singapore, and a splendid collaboration of the two is on the menu […]

Teppan by Chef Yonemura: Franco-Japanese Cuisine With Plenty of Theatrics

Michelin-starred chef Masayasu Yonemura is well known for his innovative Franco-Japanese teppanyaki back home in Kyoto and Tokyo. Now, the celebrated chef has finally ventured beyond Japanese shores to carve […]

Guy de Maupassant is no doubt the master over some of the darkest, most pessimistic stories about human nature. His 1883 novel Une Vie is no different, and has now […]