A screenwriter by profession, it makes sense that author David Nicholls would be the one to adapt his own novel for the screen, something he’d previously done with the film One Day in 2011. Now, he’s back again with an adaptation of his Man Booker longlisted novel Us as a television miniseries for the BBC.

But where One Day was about the beginning ‘will they, won’t they’ of a budding relationship, Us instead looks at what comes next, diving in to what happens when romantic love fades, faced by a husband who becomes devoted to the idea of ‘us’ and of holding his family together for as long as he can. As lead actor Tom Hollander puts it: “It’s a rom-com in reverse. It’s really about a break up rather than them getting together. It’s not a story without hope, it is a story about hope. It almost sounds a rather depressing premise but it really isn’t. 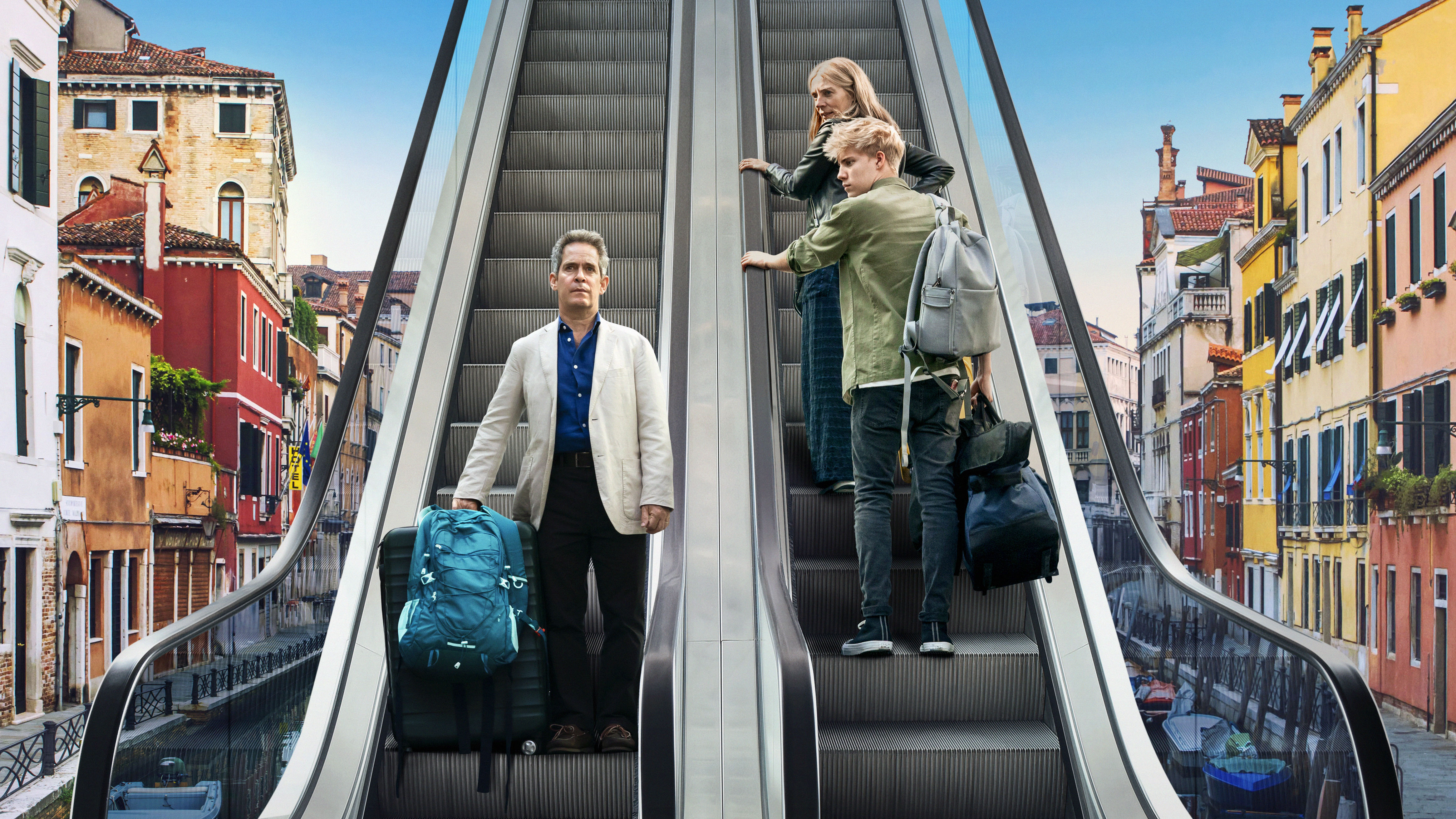 Us is a four part tragicomic drama that follows Douglas Petersen (Tom Hollander), when his wife Connie (Saskia Reeves) springs a surprise on him – she wants a divorce. Unwilling to let her go so easily, Douglas decides to prove to her that he is still the man she fell in love with, planning to win back both her and their son Albie (Tom Taylor) when they finally go on a long-planned family grand tour of Europe. But little does he expect the number of challenges the family will face along the way, as they travel across London, Amsterdam, Venice, Barcelona and Paris on this once-in-a-lifetime journey that will change them all forever.

Playing protagonist Douglas came as a bit of a surprise to Tom Hollander. Known for his roles in films such as Bohemian Rhapsody, About Time and Bird Box, across his entire acting career, the BAFTA award-winning actor has never played someone of that age and profile before. “Taking on the role of Douglas was a challenge to me, because I’ve never played a father of an adult before, and as someone who’s never experienced fatherhood personally, that was an area I needed to think about how to portray,” says Hollander. “To prepare for the role, I thought a lot about my relationship with my own father, and also responded to the strength of Nicholls’ writing. It helps that he such an ear for good jokes, and has written such a rich and complex character. Plus, it was fun to visit all those beautiful places during filming!” 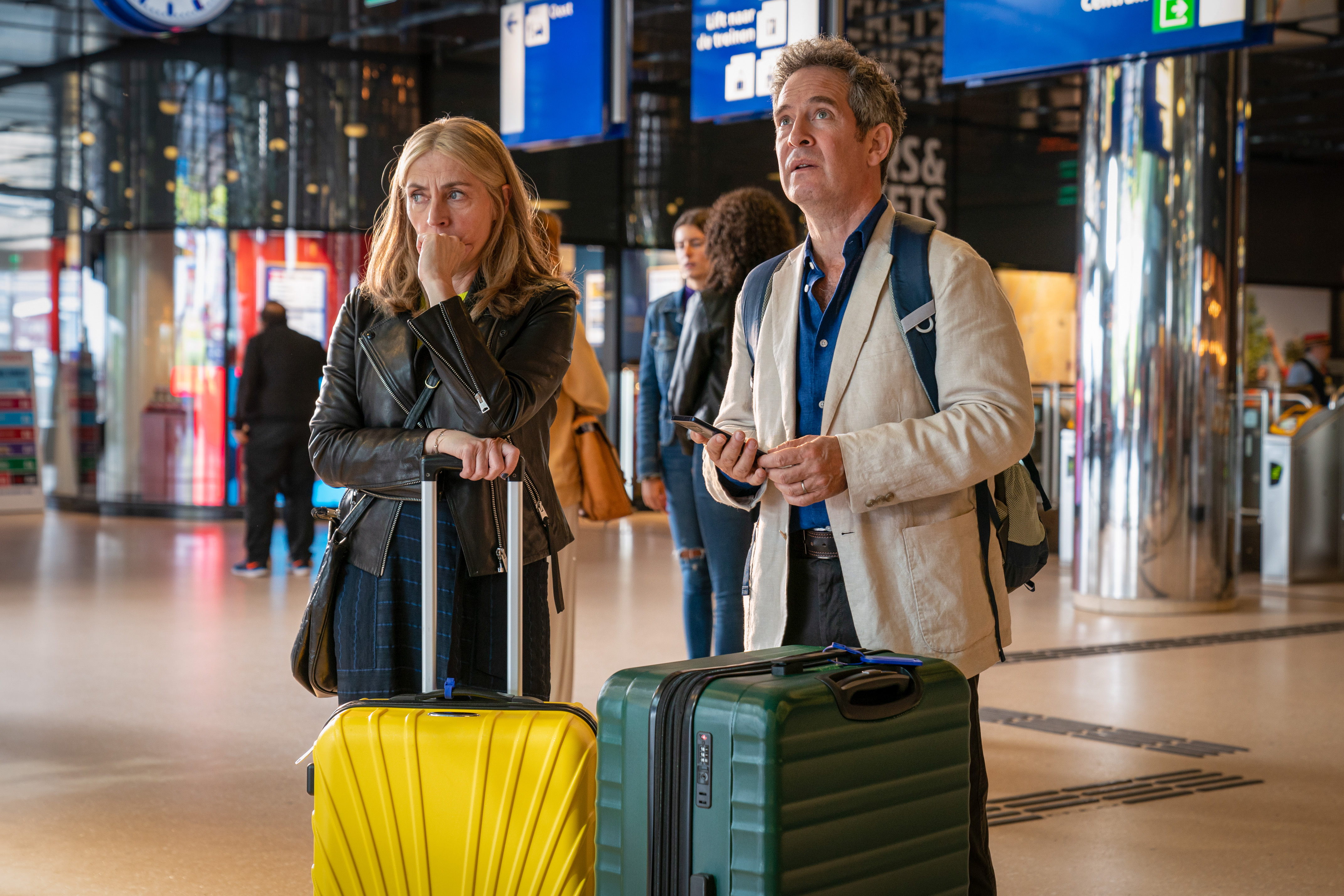 Commenting on the art of building chemistry with his co-stars, Hollander reveals that he had actually known Saskia Reeves since the 90s, and that Tom Taylor, who plays their son, is in fact, very close to one of his own godsons. “I don’t think people consciously go into a project and try to develop onscreen chemistry, because very often, it’s a case where either you have it or not,” says Hollander. “With Tom Taylor, we actually got on so well with each other, there were times we had to be careful on set to really play up that difficult relationship our characters had, and act the opposite to our instincts. You could say that onscreen chemistry happens when you already have natural chemistry with the actors themselves.”

“Saskia is someone who’s always very precise on set, and she’s evidently thought through how she was going to play Connie very methodically. She’s always truthful in her delivery, very intense, and brilliant in her scenes,” he adds. “On the other hand, I’m little more easygoing with my approach, where sometimes I’d get things wrong amidst the right. Luckily, being an executive producer lets me be part of the editing process, so I could pitch in to suggest which parts worked or didn’t, or find alternate takes to put into the final edit.” 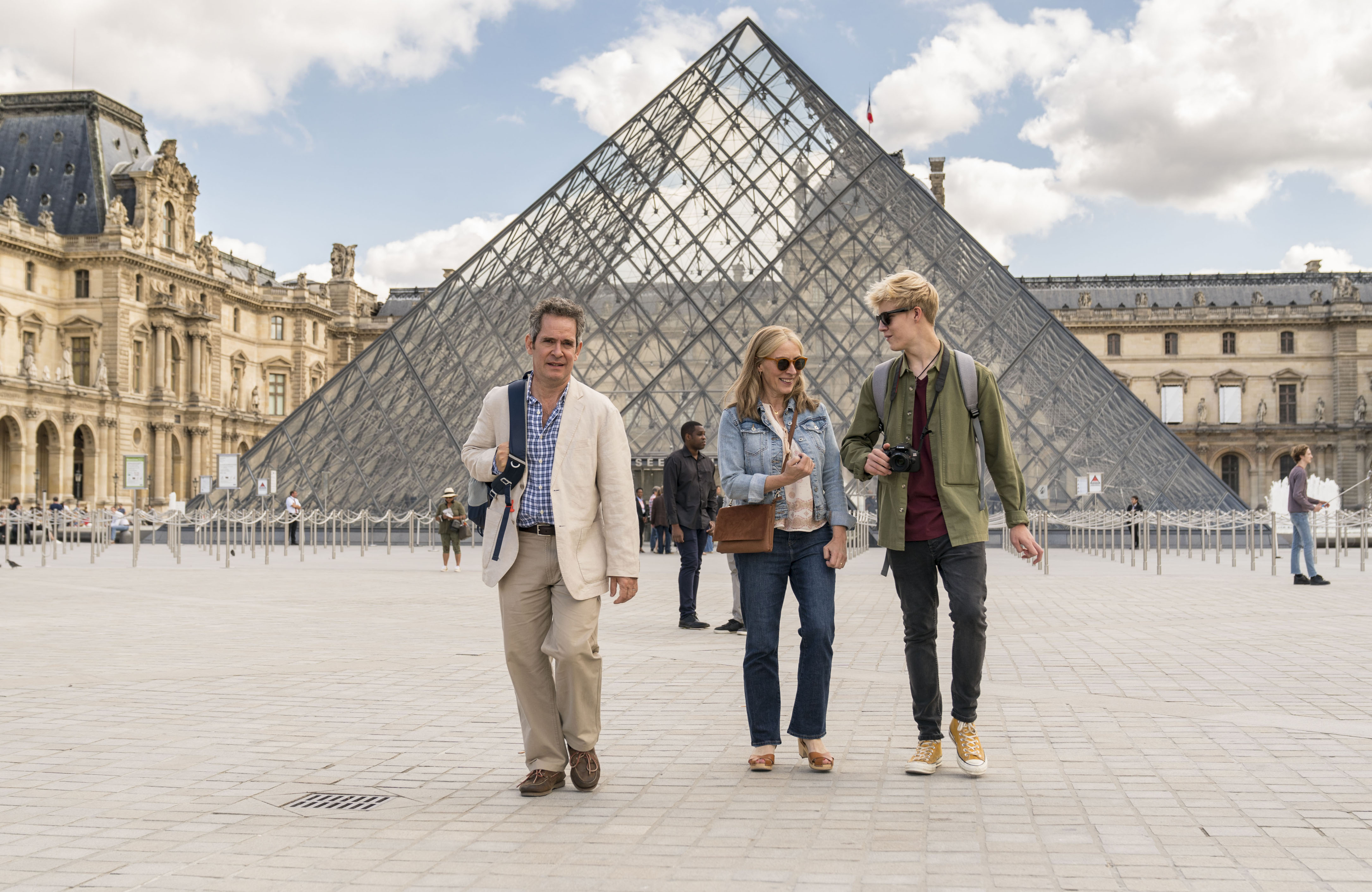 Above all, Hollander thinks that having David Nicholls as the person adapting his own novel has been one of the most important factors to the show’s success. “One thing that was important to the series was finding the right music to set the tone in each scene, but that was difficult, and we eventually had to bring in a composer to create music,” he comments. “Still, you’ll hear lots of David’s own music choices reflected in the show, and to me, it was brilliant how they were always so accurate at depicting the mood of the show.” 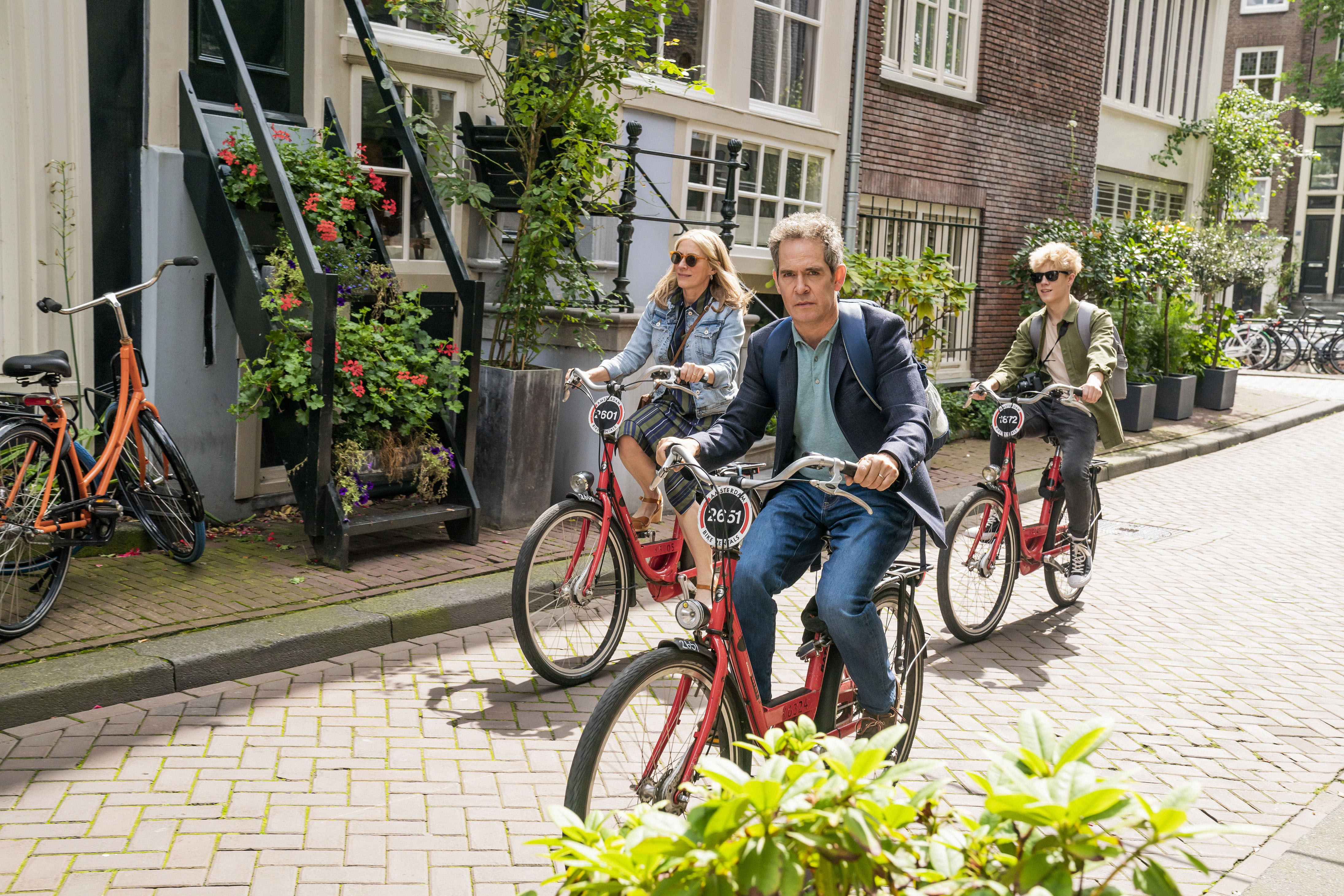 While primarily known for his roles in front of the camera, Hollander has in fact garnered a very respectable stage career as well, even receiving Tony and Olivier Award-nominations for his role in a revival of Tom Stoppard’s Travesties, as directed by Patrick Marber. With his heart so firmly with the performing arts, Holland is afraid for the scene as it continues to struggle amidst the pandemic. “It’s still a really scary time for everyone. Even during the good times when theatres were in full swing, the whole theatre community already wasn’t very well-paid; no one works in theatre full time except producers and people who work in the theatres themselves. The bulk of the community comprises freelancers who have their own jobs to subsidise their work in the theatre,” says Hollander. “Now, that’s all gone too, and there’s a real danger that a whole generation of theatre practitioners will be forced to distance themselves from the theatre, and it spells trouble for the cultural life of the country.”

“It’s now, more than ever that people who can contribute, should contribute to the charities,” he continues. “One charity I’d like to highlight, and one that I contribute to is The Royal Theatrical Fund. This is a really old charity (the first chairman was Charles Dickens), and it’s always been there to support actors, many of which aren’t rich or famous enough to have a show on Netflix or be in the Marvel cinematic universe. I myself was a beneficiary back when I was just starting out, when they helped me pay for a private operation that was integral for me before taking a role in Cheek by Jowl’s As You Like It in 1992, which was a big break for me as a young actor at the time. Other places I’d recommend donating to include Phoebe Waller-Bridge and Olivia Colman’s Theatre Community Fund and Fleabag Support Fund, both of which are associated with The Royal Theatrical Fund as well.” 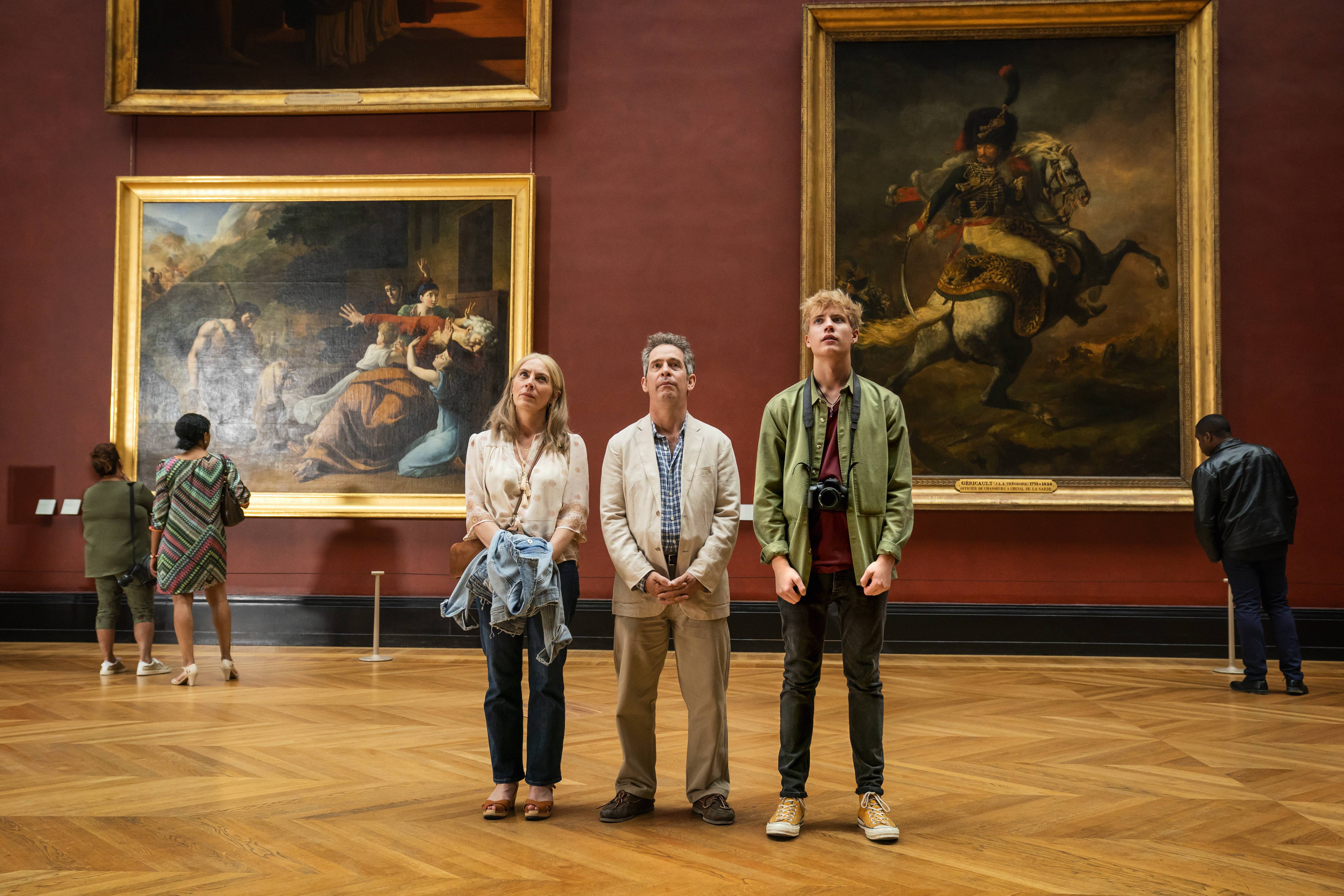 Premiering this September, while the world continues to wrestle with the realities of the COVID-19 pandemic, it seems like an opportune moment to release the mini-series, at a time when people have a chance to reflect on the state of their own relationships and prioritise the people in our lives. Hollander, who himself survived a battle with COVID-19, has found the entire ordeal important for him to rethink his own ties, commenting: “I thought a lot about who was it in my life that I cared about, the people I loved versus the people I just saw as acquaintances. I knew I had to prioritise my family and loved ones and old friends, and it’s a feeling I knew I had to hold on to even after recovering.”

During his time self-isolating after recovering, Hollander even found a new passion for himself – gardening, finding new solace in walks amidst nature and renewed interest in getting to know the plants around him. “In my garden, I’ve gotten a second wave of roses now,” he says. “I think so many people have discovered the joys of gardening now, and there’s this kind of comfort in knowing that your own little garden is doing ok, even as the world is collapsing all around you from the weight of its problems.”

And while you too may feel like the future is uncertain and the world is going to pieces, perhaps then, that is where Us offers some form of respite, giving a family drama twist to the usual roadtrip formula. Travelling across six countries and twelves cities in three weeks while dealing with would-be divorce and assorted other mishaps, the Petersens truly do have their work cut out for them (but with plenty of gorgeous scenery and backdrops to accompany them). Tune in to Us on BBC this September, and laugh alongside this dysfunctional family and strikingly familiar tale of togetherness sure to resonate with anyone who’s struggling to make sense of what it means to be in a relationship in these modern times.

Us premieres express from the UK on 21st September 2020 at 8am. Available on BBC First (StarHub Channel 502) and BBC Player.

0 comments on “Television Time: An Interview with Tom Hollander, star of David Nicholls’ ‘Us’ on BBC”