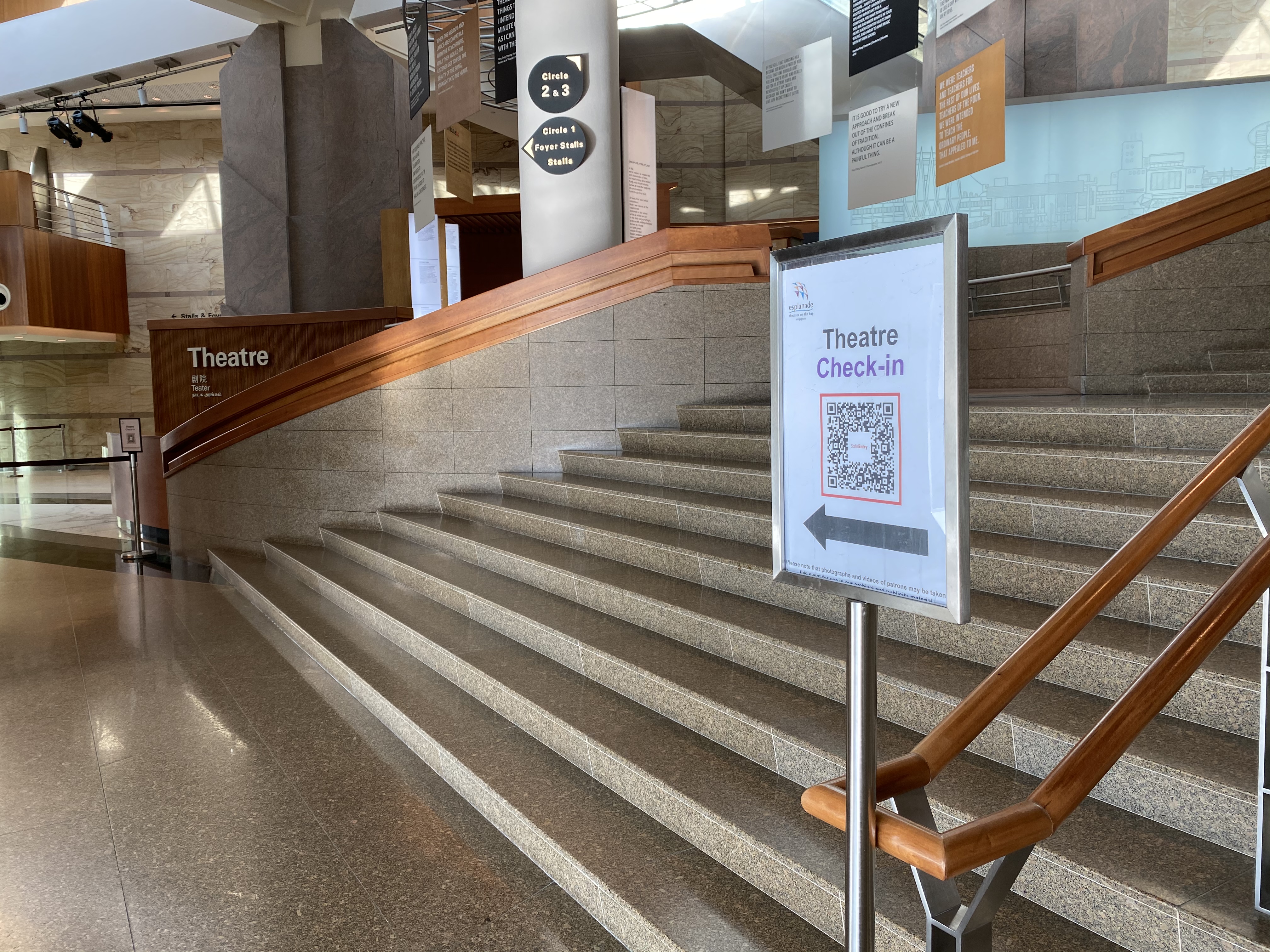 As part of the the Ministry of Culture, Community and Youth (MCCY) and the National Arts Council’s (NAC) trial for the progressive re-opening of Singapore’s arts and culture sector, Esplanade – Theatres on the Bay was chosen as one of the first venues to test out organising live performances again. Knowing the havoc that COVID-19 has wreaked on the entire industry, these pilot performances, while slow to start (compared to how cinemas already opened back in July), are certainly welcome, and can only signify the government’s intent to fully re-open venues again once it is safe enough. 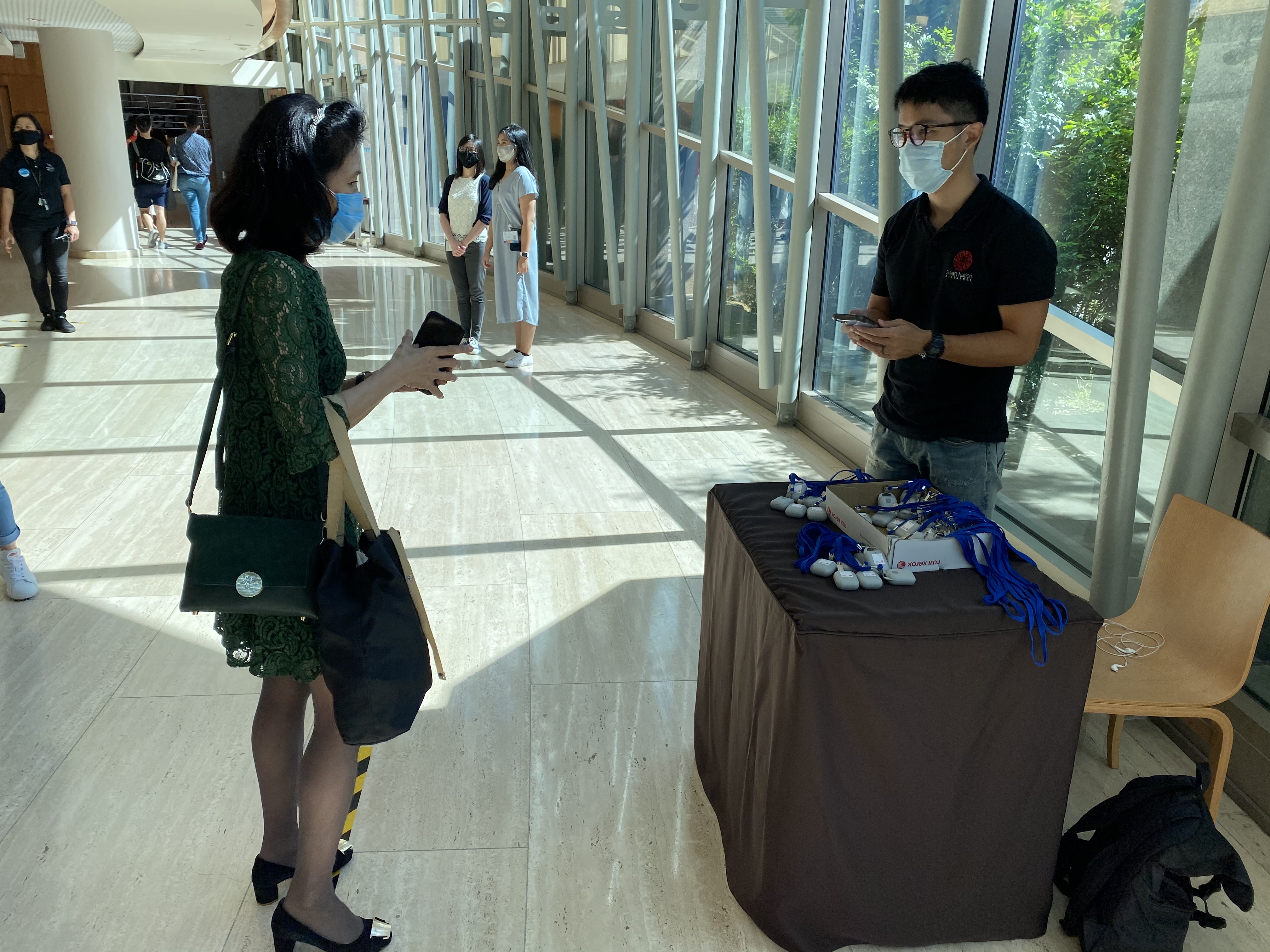 While earlier in the month the Esplanade has been experimenting with live performances at its Outdoor Theatre, the first of these indoor performances was Singapore Dance Theatre (SDT)’s From Here On at the Esplanade Theatre, the first of its kind since live performances in the arts sector were halted by the pandemic that hit Singapore earlier this year. Comprising four pas de deux (or ballet duets), the performance itself was a powerful one, not only showcasing the finesse of the dancers and choreography in a stripped down staging, but also reflective of the performing arts industry’s struggle over the past year, a show of resilience and determination to carry on in spite of the challenges faced, with the hope of a brighter future ahead. 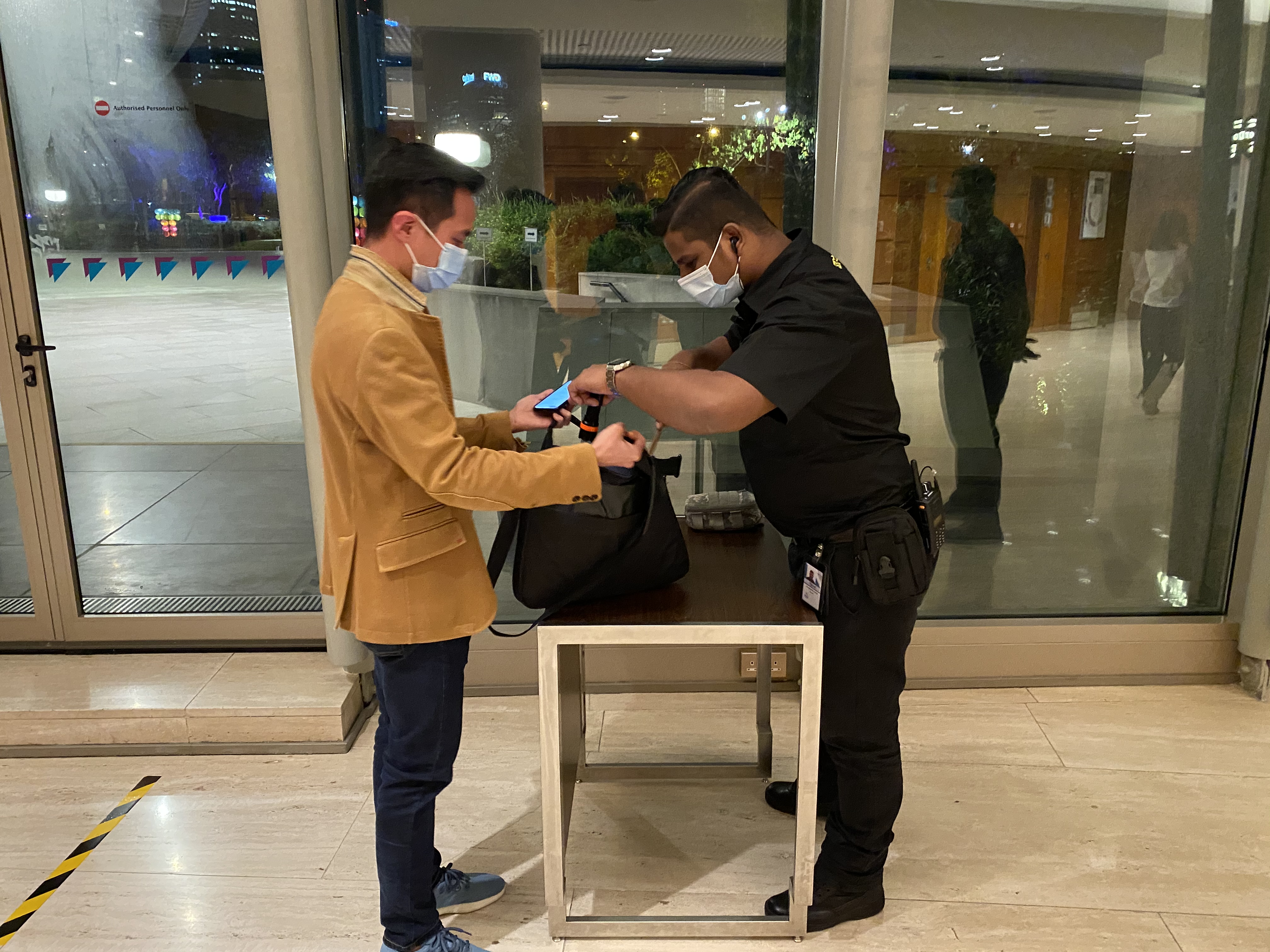 When we attended this pilot trial performance, we were impressed by the efforts the Esplanade had put in place to ensure the safety of all guests and performers, from temperature screening to the use of SafeEntry application at the venue; as well as having increased their frequency of cleaning and sanitisation of the venue and equipment, as well as adhering to the safe distancing practices for audiences, artists and staff backstage. Says Rachelle Tan, Director, Venues and Planning, The Esplanade Co Ltd: “We have been working closely with the authorities including Ministry of Culture, Community and Youth (MCCY), National Arts Council (NAC) and Agency for Science, Technology and Research (A*STAR) as well as our partners such as SISTIC and our artists and hirers in preparation for the resumption of small-scale performances with live audiences at Esplanade.”

Additional measures have also been put in place, such as how their Customer Experience team has also been working with SISTIC on a new ticketing system that is able to automatically assign seats to be “bubble wrapped”, leaving empty seats on the left, right, front and back of the chosen seat(s), as well as staggering the arrival of the audiences into the venue.

“With e-tickets and self-service baggage counter, there is also minimal contact between our staff and patrons. All audiences will need to sanitise their hands before entering the performance venues. For the pilot trial performance at the Outdoor Theatre on 12th September, the venue was barricaded and audiences had to queue at least 1-metre apart to enter the venue. Groups of audiences were seated at least 1-metre apart too. The seating capacity for each pilot trial performance is capped at a maximum of 50 persons,” adds Rachelle.

“As this may be the first time our audiences are back at the centre since the Circuit Breaker period, we will ensure that they are well informed of the new procedures before their visit, and be clearly guided by the onsite signage as well,” concludes Rachelle.

As much as arts companies have been getting by with innovative presentation methods, from pre-recorded films to live streams over Zoom and Facebook, nothing will ever fully substitute the experience of a live performance. We’re pretty sure this is just the first of many more to come; after all, besides the Esplanade, other companies, such as the Singapore Symphony Orchestra, have also announced upcoming test performances as part of the MCCY’s and NAC’s efforts to re-open the arts scene, with the requisite safety measures in place of course. There is certainly hope for the future of the performing arts scene, as it slowly but surely finds its feet again in the new normal, and tides over this crisis one pilot at a time.