It’s clear why this no filter, no holds barred one woman show catapulted Phoebe Waller-Bridge to stardom.

LONDON – Phoebe Waller-Bridge needs little to no introduction. The writer-actor shot to fame with the BBC adaptation of her Edinburgh Fringe hit Fleabag, and since then, has only been on the rise, voicing a droid in Rogue One: A Star Wars Story, writing for BBC America’s is, and set to write the next James Bond film.

It’s no surprise then that when it was announced that she would return one final time to perform Fleabag on the West End (directed by Vicky Jones), tickets were snapped up the moment they were released, and still in high demand. Fleabag fever is very real. 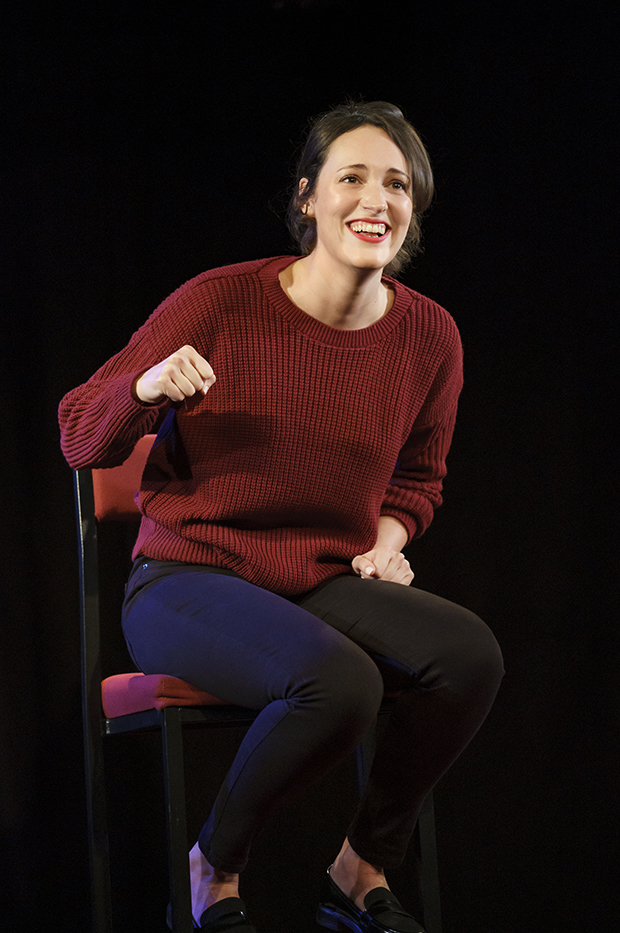 Coming into Wyndham’s Theatre, the onstage set-up is incredibly simple – a single chair on a raised platform, with three lights above. When Phoebe arrives onstage, the whoops and cheers in the audience prove that everyone is already a Fleabag convert, a warm, welcoming and excited atmosphere ready to take in all that Waller-Bridge puts out there. 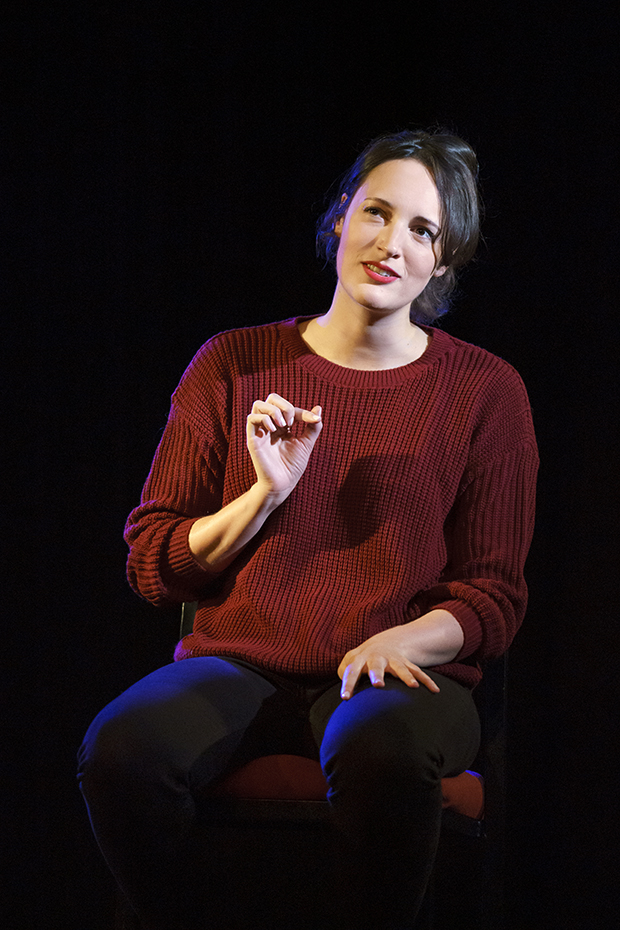 But sex isn’t the only thing that Fleabag deals with – as the unlikely owner of a guinea pig cafe goes through her day, we meet a colourful cast of characters, from her uptight sister, to her father, whose marriage to her stepmother has put a strain on their relationship, to relentlessly happy Old Joe – her cafe’s most loyal customer, to the rodent-faced man on the tube she inevitably ends up having sex with. Despite its brevity, Waller-Bridge’s script has countless quotable quotes that speak to the modern adult with its all-too-relatable accounts of loneliness, pessimism and unabashed, morally ambiguous approach towards life. 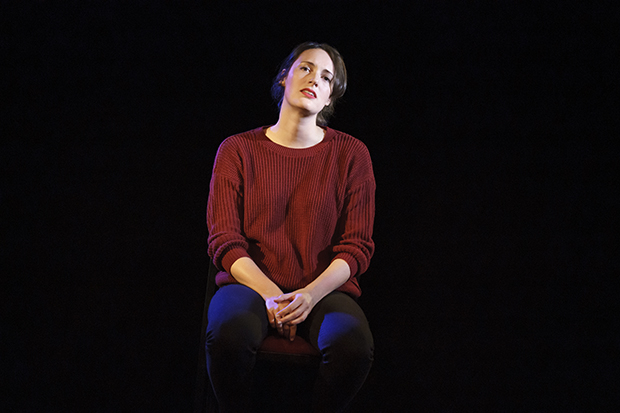 Waller-Bridge’s performance is undeniably one of the key aspects of the show that give it such power. Despite being seated for almost the entirety of the show, Waller-Bridge delivers through her voicework, her reactions that connote disgust and amusement in a single expression, and even mime-work that shapes and creates entire people and situations before our very eyes. Fleabag’s actions are despicable and downright immoral, yet completely understandable, possibly even heroic thanks to Waller-Bridge’s inimitable charm.

Fleabag is that rare piece of theatre that achieves mastery over the delicate balance of gross-out humour, absurdity and darkness that hits all the right notes with its comic timing. The audience laughs at the filthy jokes, the no holds-barred confessionals, before gasping at the penultimate moment, as all of Fleabag’s fronts collapse entirely to reveal a woman at her lowest, breaking our hearts every which way. Yet, it still has the decency to leave us with the smallest ray of hope, directly addressing how as broken as we may be, we’re quite simply never alone.

There is no show quite like Fleabag that has the ability to do all it does so succinctly, and so well. As Phoebe Waller-Bridge returns for the curtain call, the resulting standing ovation is all the proof one needs to see the impact Fleabag has had on its audience as a pitch perfect zeitgeist of our times.

Fleabag plays till 14th September 2019 at Wyndham’s Theatre, London. Tickets are sold out, however, you may check back for returns on their website, attempt the lottery on TodayTix, queue for day tickets at the box office, or attend the live screening on 12th September 2019