It’s not often that secondary school students take centrestage and get a chance to perform as part of a national festival. But that is precisely why ArtsWork Collaborative’s focus on giving students a chance to work with arts professionals and devise their own show as part of the annual M1 Peer Pleasure Youth Theatre Festival is so important as a formulative part of their arts education.

Even with the COVID-19 pandemic going on, instead of cancelling their performances altogether, the students of Tanjong Katong Girls’ School and Dunman High School managed to transpose and adapt their original performances as dramatised readings online instead, taking advantage of Zoom to explore new ways of expressing themselves and presenting their work. 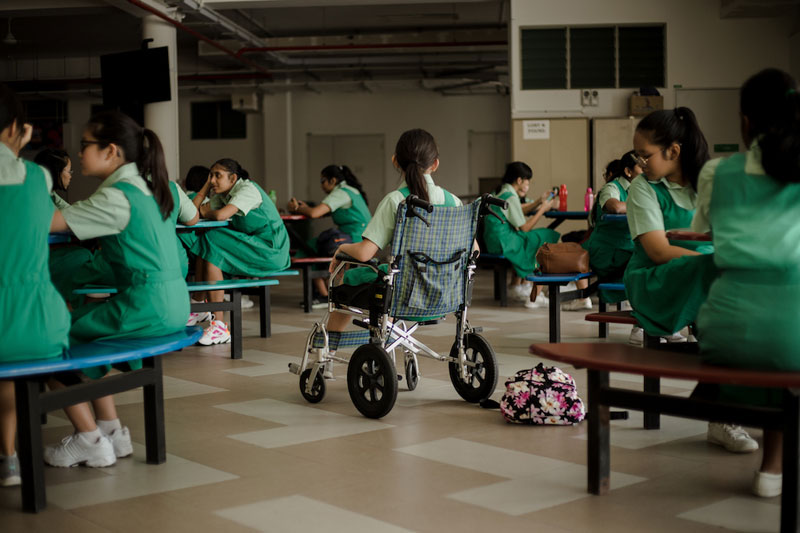 With this year’s theme having been ‘disability’, both groups of students explored and imagined what it was like to live as and with those who experience life differently from ‘normal’. Written in collaboration with Aswani Aswath and directed by Nur Sahirrah Safit, Tanjong Katong Girls’ school delved into cerebral palsy with their work If These Wheels Could Speak. Centering on 15-year old Natasha, what initially seems to be a ‘normal’ life for this young aspiring poet with a vested interest in literature turns out to be far from what we expect, as the reality that she’s wheelchair-bound and suffering from severe cerebral palsy is revealed to us. If These Wheels Could Speak then examines the physical and emotional struggles she goes through, and the immense stress her single mother and friends have in taking care of her.

While Natasha is presented as ‘normal’, we quickly realise that her appearance only represents the way she wishes she could be, when she is in fact, ‘speaking’ through a voice machine not unlike Stephen Hawking’s. She is instead seen by her classmates as a “wheelchair girl” (literally represented by an image of a wheelchair) and does not have a voice of her own. As such, If These Wheels Could Speak takes advantage of its Zoom platform to flit between fantasy and real life, not only with how it portrays Natasha, but even crafting a Wizard of Oz inspired scene, or a ‘courtroom trial’ to determine how much Natasha’s friends are to blame for an accident in school, both of which are testament to Natasha’s vivid imagination in spite of her condition. While we get the sense that Natasha is trapped in a disabled body that acts as her cage, ultimately, If These Wheels Could Speak calls for better understanding of people with such conditions, and to understand that they too are worth valuing beyond how they appear to be on the outside. 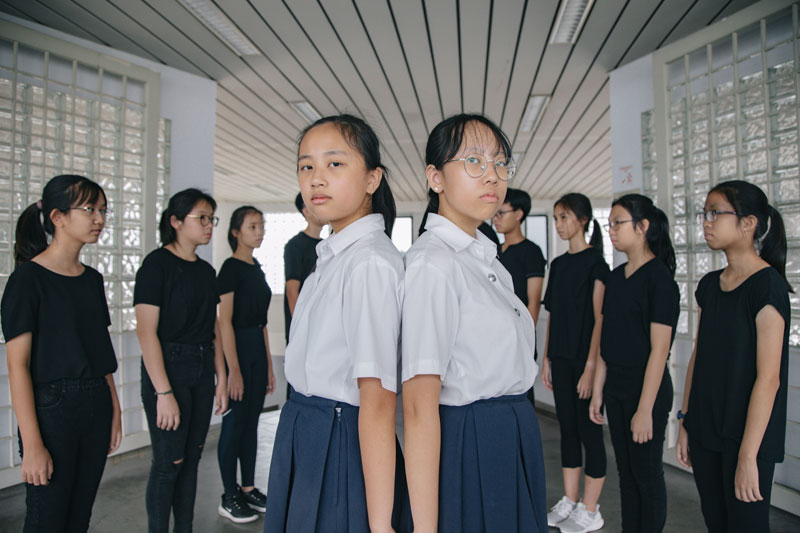 Meanwhile, directed by Chio Su Ping, Dunman High School’s The Other People takes on attention deficit hyperactivity disorder (ADHD), portraying a simple story of a family struggling to raise their ADHD son. Interestingly, the drama primarily focuses on the perspective of their daughter Lisa, and the difficulty of having her parents constantly putting her brother’s needs before her own, to the extent that she is forced to pick a lower-tier secondary school after PSLE so she can be physically present to watch over her brother at all times.

Things start to change, however, when Lisa finds new popularity due to her intellect, and makes plenty of new friends, choosing to abandon her brother to fend for himself. While the storyline does become a little messy from there, with their mother switching sides and finally giving up on her ADHD son, the play’s underlying message is clear – it’s no easy feat loving and caring for someone who is differently abled, often requiring immense sacrifices from everyone around them. Eventually, Lisa decides to deliberately do badly on her test to finally let her brother shine once again, waking their mother up to the fact that she must learn to give equal care to both children, leading the play to a flashforward and happy ending, with success for them all. Amidst the struggles of caring for a disabled person, both If These Wheels Could Speak and The Other People are a call to recognise our shared humanity, that everyone has their own dreams and failings, and if anything, acts as a worthwhile endeavour by both schools to tackle such difficult topics in a difficult time, and an initiative we hope continues on in spite of the end of Peer Pleasure in the years to come.

0 comments on “M1 Peer Pleasure Festival 2020: If These Wheels Could Speak and The Other People – Dramatised Readings (Review)”