If you’ve ever been too intimidated by the idea of stepping into a theatre to experience an opera, there’s probably no better time to do so than right now. This November, local opera company The Opera People (TOP) are reinventing the genre in new, digital ways with their film version of Mozart’s Idomeneo, streamed on demand from the comfort of your home.

In many ways, while certainly a dampener to most performing arts groups, TOP instead saw the pandemic as an opportunity to fast forward the company’s aim to innovate and reimagine ways to present the genre by going digital. “We’ve always been thinking about exploring the digital space, and having access to a larger audience, as compared to say our previous show which had only about 150 people,” says TOP co-founder Jonathan Charles Tay, who will also be playing the titular Idomeneo. “Still, we do recognise it’s not a substitute for live theatre, especially when classical music is involved. Can you say you’re an opera lover by watching videos on YouTube? You can’t. You have to go to a theatre or an actual opera house to see and experience what it’s all about. But for now, it’s the only substitute we have, and one of the only things we can do.” 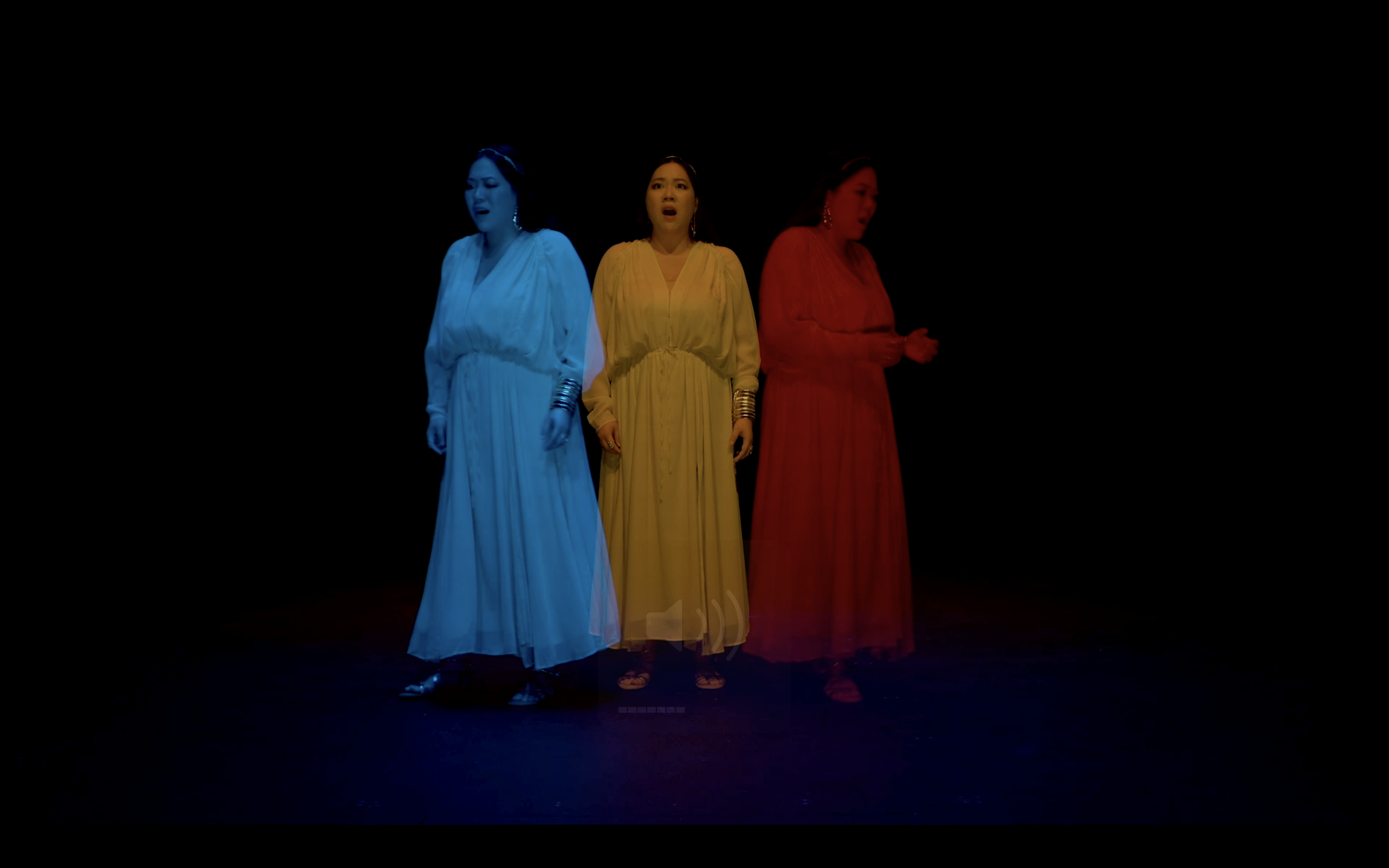 TOP is no stranger to the digital realm, having livestreamed a series of short ‘living room concerts’ back in June with Kopi & Song, with some episodes reaching up to 800 or so unique views, something that’s much more difficult to recreate and achieve in a physical space, even if it was free. “That series was intended to be episodic, concise and casual, and to cast the spotlight on the singers,” says Jonathan. “People these days are more interested in the personalities, and not so much the composers like Schubert or Mozart.”

“Not to mention, it’s a sign of the times that people can’t really sit down for 2 hours straight anymore in front of a screen,” he continues. “In a theatre, sure you might do that because it’s an event and you’re showing off your nice clothes and want to be seen, but now, at home, there’s no real drive. On Netflix, you’d probably end up choosing to watch episodes of a series rather than a full movie. Shorter attention spans aren’t necessarily a good thing, but it’s the reality of it.”

With all this experience and considerations in mind then, the team worked together with director Edith Podesta to craft Idomeneo Refracted, and managing to cut the original work down from a 3 hour piece to one that was just under two hours, allowing guests to view it and enjoy opera whenever, wherever. “Originally, the show was meant to be in June, but when the news was announced, we tentatively shifted it to September, and then completely reworked it when it was clear we weren’t going to be able to do something live,” says TOP co-founder Shridar Mani. “It was tough piecing together something we hadn’t done before, but we have quite a strong team who were up for it. We had to move quickly to change the format, and do some recasting, but everybody understood what we were trying to do.” 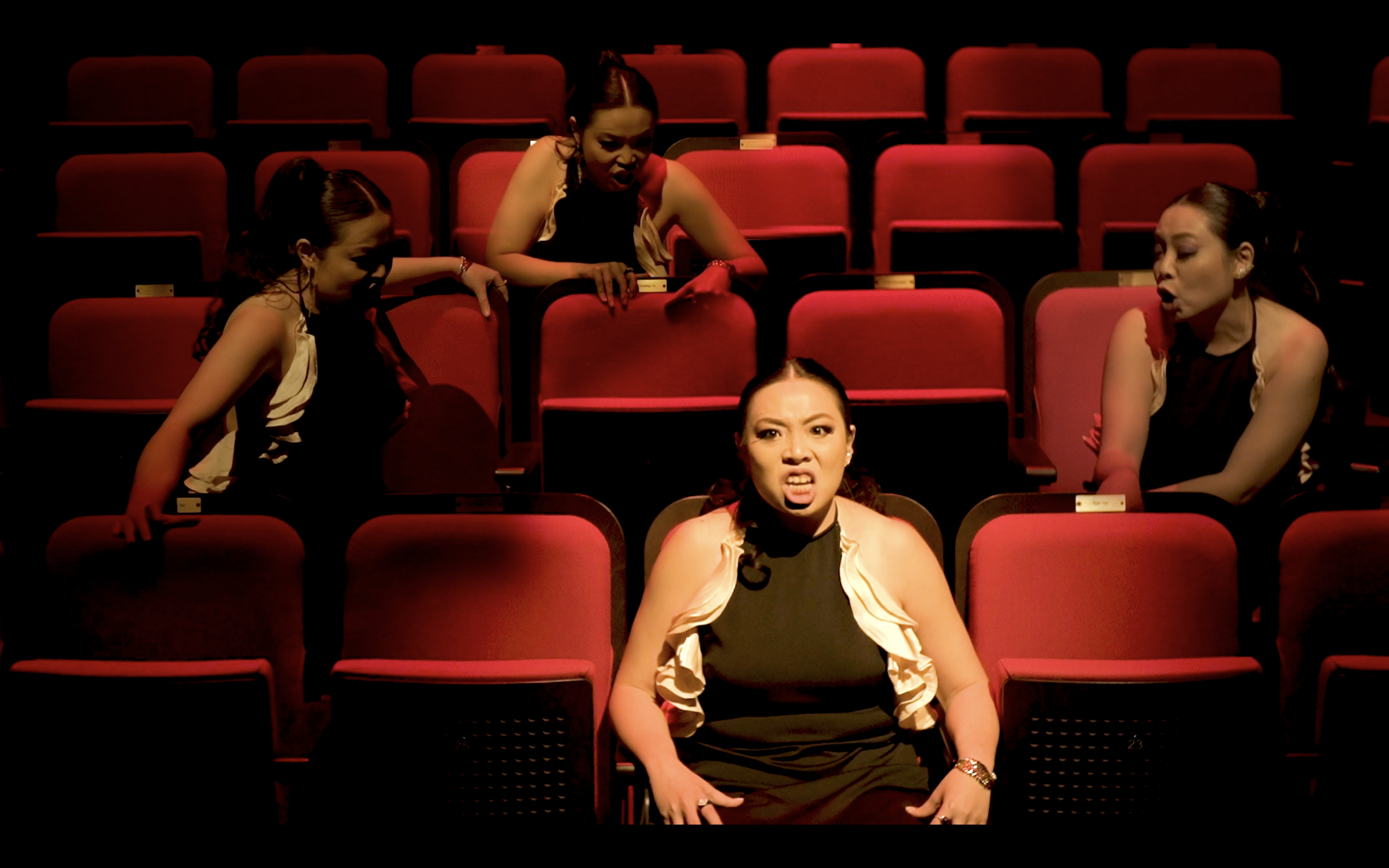 “It was unfortunate that we couldn’t showcase our two casts as originally planned, and I really believe our cast are some of the best in Singapore,” says Jonathan. “We had to scale down so much with the filming restrictions in place – you have singers, musicians, and the director, conductor and camera crew. And for the sake of our audience, we decided to cut down the length and pick out the most purposeful and essential parts for our show. It takes a lot of understanding of the form, where a lot of drama actually comes from the dialogue, and figuring out how to repurpose the score and reposition the numbers to fit our restrictions, while still making sure it’s cohesive and delivers the story we wanted to tell.”

The film itself is framed in a time where the performing arts can no longer happen, and the spirits of five characters gather in an empty theatre, drawn to a ghost light, as they attempt to relive the story of Mozart’s Idomeneo, where a desperate father makes an unspeakable vow to save himself from ruin, only to find out that he must make the ultimate sacrifice to fulfil his promise, destroying the lives of those he loves in the process.

“Edith started with the ghost light as the starting point for the film, and plays on the double meaning, where it’s almost like we’re performing for the spirits,” says Shridar. “The first character emerges out of the darkness to be illuminated by the light, and then we are introduced to the current situation of being unable to perform live, before introducing the story. There’s new challenges to filming that we didn’t consider before, but it’s great to hear colleagues rise to the challenge and do a good job, even if some of them are more used to the stage than being in front of a camera. It’s a show that resonates too, because it’s all about refusing to accept fate, to not accept the downturn and always find opportunity to resist the things that will drag you down.” 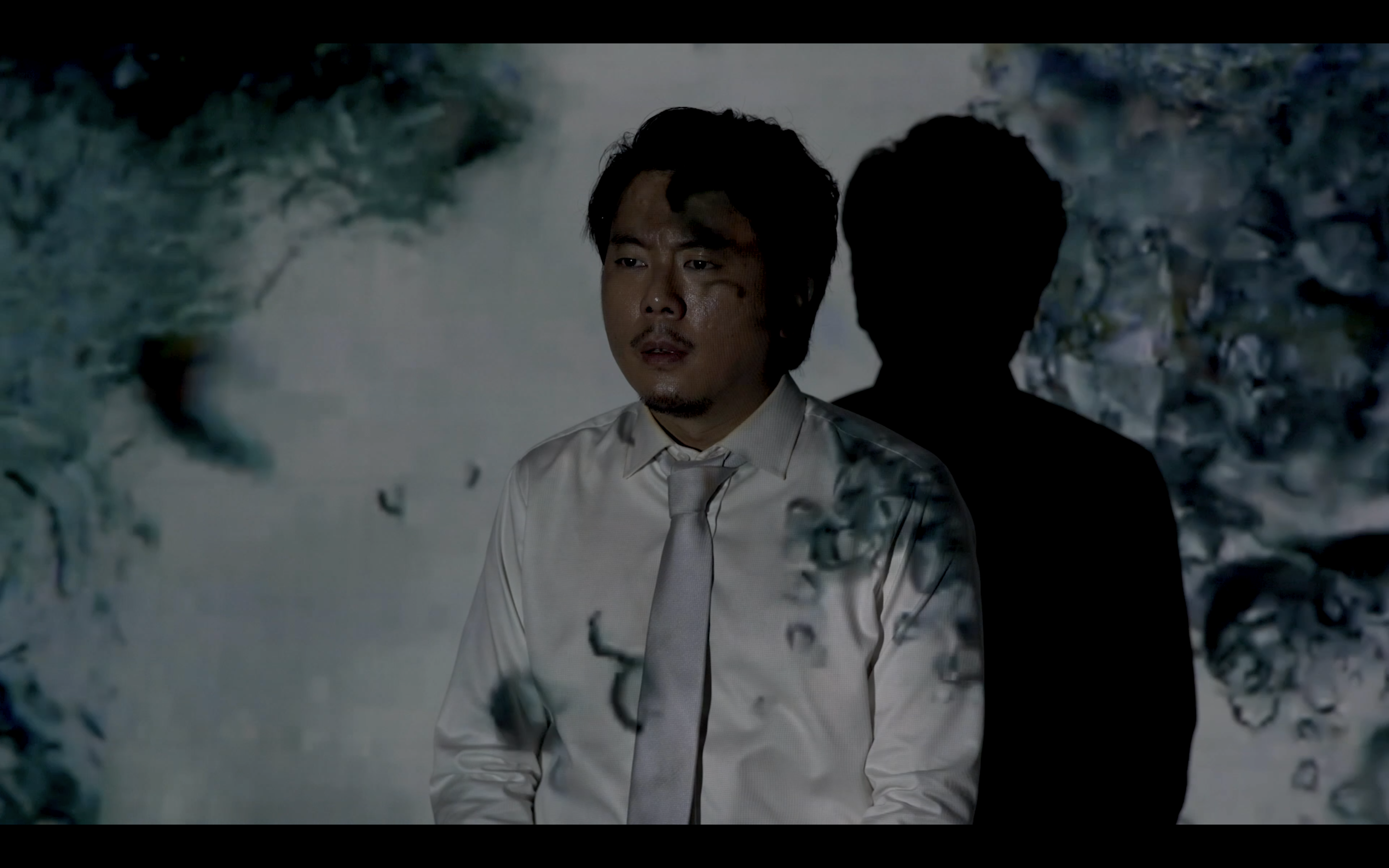 Besides Jonathan as Idomeneo, Idomeneo Refracted will also feature music direction by Lien Boon Hua, along with Felicia Teo Kaixin as Idamante, Joyce Lee Tung as Elettra, Teng Xiang Ting as Illia, and Leslie Tay as Arbace, accompanied by Beatrice Lin on the piano. “This opera resonates because it’s about changing fate and arts companies around the world are making it happen and showing their resilience,” says Jonathan. “I think it’s a good way to show people that opera has the potential to be made in this medium, and that there are always ways to remain creative even when restrictions are in place. It’s been a very enlightening experience for us, and if we were to end up doing it again, we’d probably be better than before, now that we’ve had a chance to learn.”

“Of course in future, we’re not going fully digital, and we’ll still have to see what makes sense for each project, but we’re definitely interested in finding more collaborators in future, and to reach a solution that works every time,” says Jonathan. “As the theatres open again, it’s clear that people will move on fast and forget this period quickly. But while this need to shift to digital may not be as relevant in a few months, having this film will always act as a timestamp on where we were as a performing community at the time while we were filming this.”

“At this stage, we’re definitely hungry to keep producing more work, and while there will always be some degree of struggle, a good opera company examines circumstances and knows that the future and survival lies in reinvention,” says Shridar. “The form itself is reinventable, as long as you maintain certain key elements and there’s always so many opportunities to rethink and reimagine the operatic form. We’re creatives, and we’ll always find a way to work around restrictions and keep going.”

Idomeneo Refracted is available on SISTIC Live from 6th to 30th November 2020, with tickets available from SISTIC

1 comment on “The Banter: The Opera People chat about reinventing opera in Idomeneo Refracted”