Putting Singaporean sketches and humour on the (online) global stage.

By now, we’re already more than familiar with How Drama’s Fat Kids Are Harder To Kidnap, both in real life and even on Zoom. But there’s just something about the format that keeps it exciting no matter how many times you see it, and we found ourselves watching the team once again as they performed the sketch marathon on Zoom for the Melbourne Fringe Festival.

Perhaps the most enticing thing about Fat Kids is how committed they are to performing a live show every time, even with the potential technical difficulties and challenges Zoom might present. With the sheer number of pre-recorded shows online, the live-ness that How Drama maintains already gives them an edge over other online offerings, and combined with the wit and energy displayed in the writing and performance, allows them the right mix to put on a successful show. 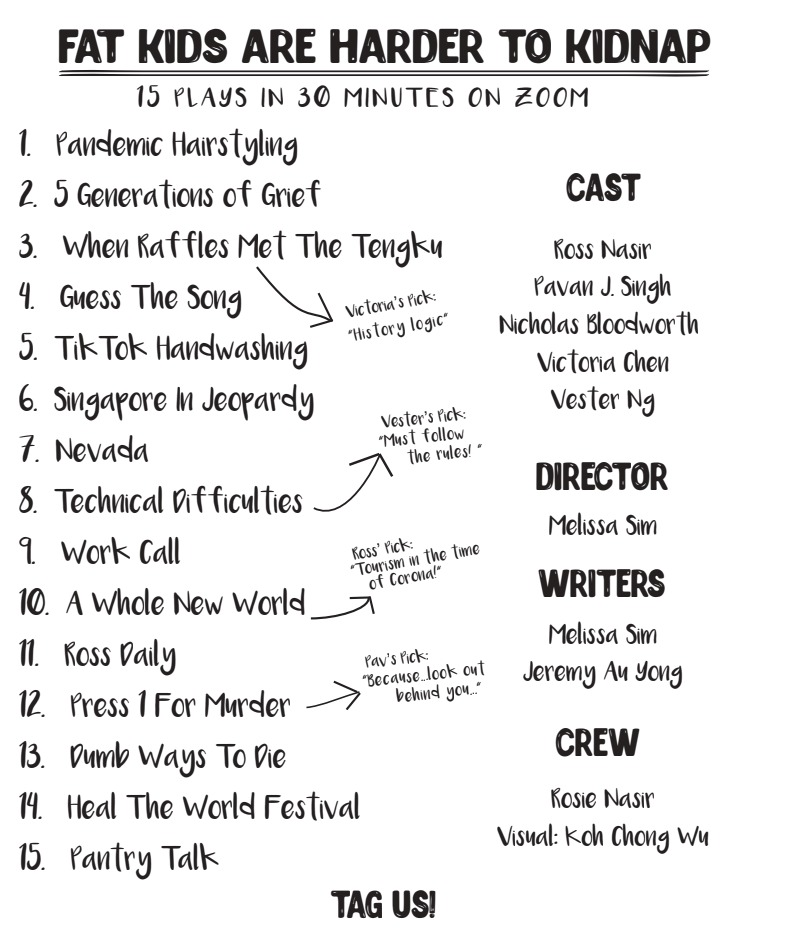 Performing 15 playlets and sketches in just 30 minutes, with the audience deciding the order of the show, no two performances are ever the same, and requires the cast to always be quick on their feet with the split second setup time they have for each surprise transition. While maintaining some of the more popular sketches as their previous Zoom performance, How Drama has also inserted Australian references to make the performance relevant to its Melbourne audience, effectively weaving it in and contextualising Singapore’s art and humour to make it more accessible.

From sharing historical insights on whether Stamford Raffles or the Tengku founded Singapore, to modern talking points such as the US elections or generation gaps, and even a parody of the failed Fyre Festival, there’s no topic too unusual for How Drama to tackle with their signature brand of fun. Victoria Chen excels in showing us dumb ways to die, inserting a reference to Australian highways, while Vester Ng shows off his mesmerising handwashing routine, Tik Tok style.

Pavan Singh is at his best when introducing us to the new normal in the Disney-inspired ‘A Whole New World’, while also bringing the laughs with all-too-relatable struggle with automated calls in ‘Press 1 For Murder’. Nicholas Bloodworth turns in a strong performance in his familiar ‘Pantry Talk’ segment, while Ross Nasir delights in her ‘Ross Daily’ segment (parodying a certain social media personality) about how she lives life under lockdown. The segment cleverly segues into a commentary on the foreign worker situation in Singapore, and together with a group segment showing the Singapore version of popular game show Jeopardy, proves how beyond the hearty laughs, theatre has the power to broach and spark interest in difficult topics, and bring them to the fore of our conscience. 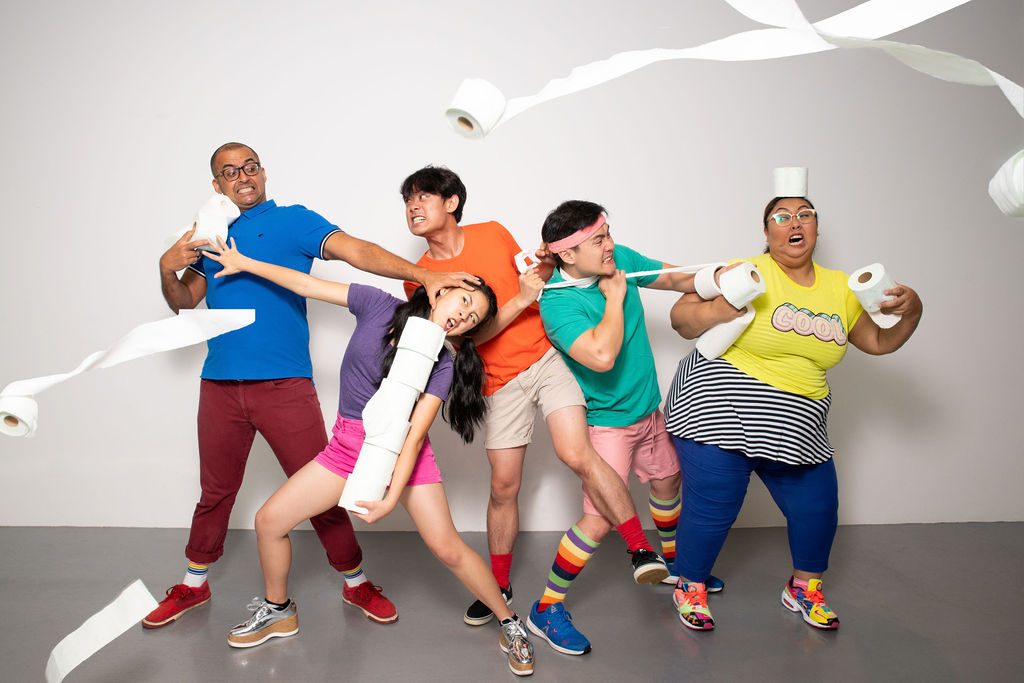 At the heart of Fat Kids Are Harder To Kidnap is the cast’s ability to coordinate and work so well together, and showcase the spirit of Singapore theatre on an international (digital) medium. With adrenaline pumping, the cast completes their mission with just three seconds left on the clock, and both they (and us) breathe a collective sigh of relief. There’s always a good reason to catch Fat Kids again and again, thanks to the creativity of writers Melissa Sim and Jeremy Aw Yong keeping every edition fresh, and the flexibility of the cast to adapt to each new rendition and think on the spot. It’s a concept that works no matter how many times you watch it, and an experience that leaves us with pride at all the team has achieved.

Fat Kids Are Harder To Kidnap On Zoom played on 14th, 20th and 22nd November 2020. For more information and tickets, visit the Melbourne Fringe website here

1 comment on “Arts Down Under 2020: Fat Kids Are Harder To Kidnap On Zoom by How Drama (Review)”