The pitfalls of optimism are explored in Young & Wild 2020’s showcase performance.

According to playwright Mark Ravenhill, the word ‘optimism’ had only been in use for about 20 years when Voltaire wrote his satirical novella Candide in 1759. And interestingly enough, beyond the idea of hope, the word ‘optimism’ was also born from the idea of the ‘optimal’, where one believes that whatever path one’s life has is the optimal one that God has chosen to put us on, the best of the infinite other parallel worlds and universes that exist out there. 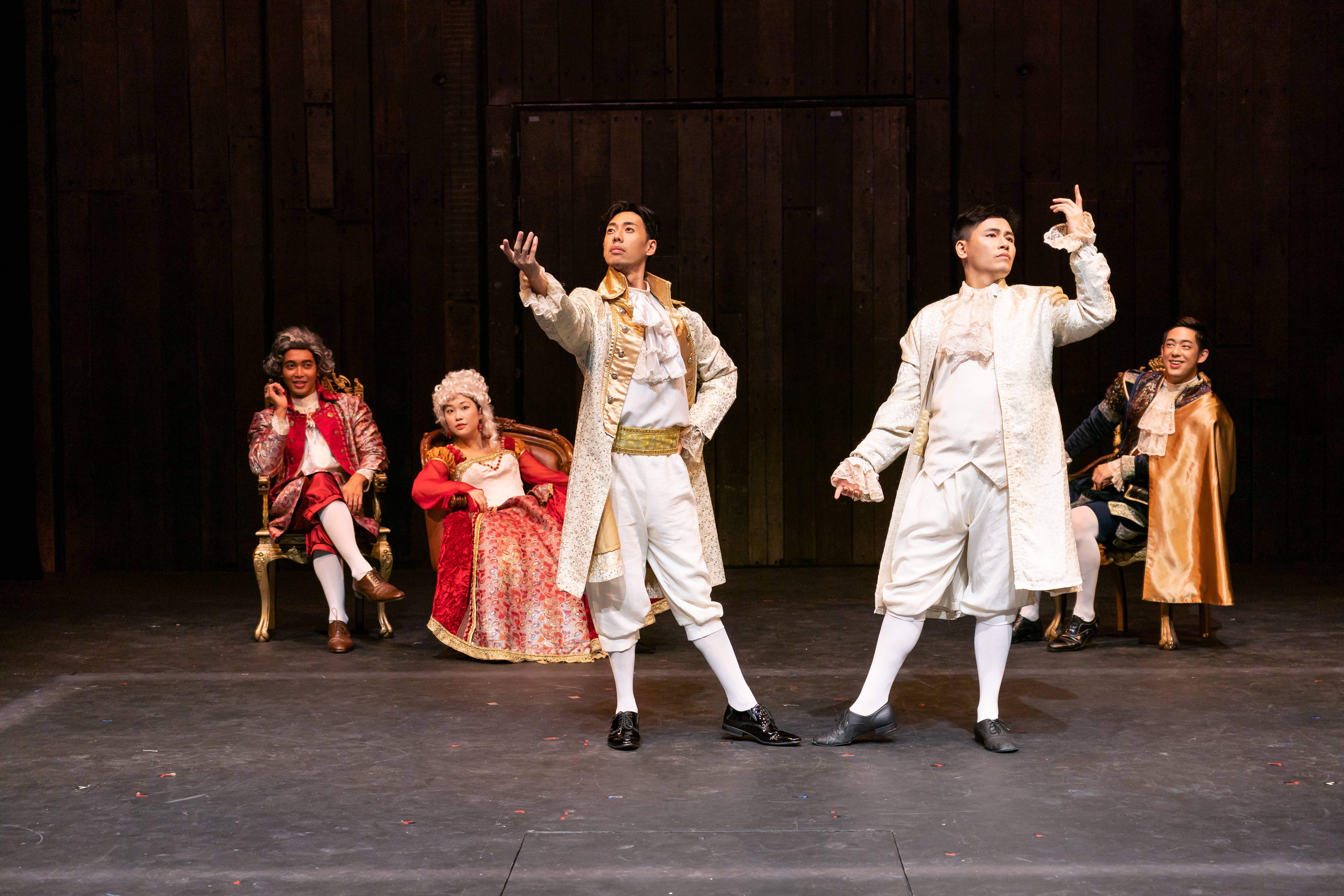 It is from this idea that Ravenhill’s reinterpretation of Candide was born, where he takes inspiration from the original novella, and births a series of five 20-minute scenes within a single play, each with their own rules, style and narrative. It is a script that is incredibly demanding of its large cast, as they shift between moods and characters, which can either showcase an actor’s versatility to adapt, or sink them with the difficulty of doing so. 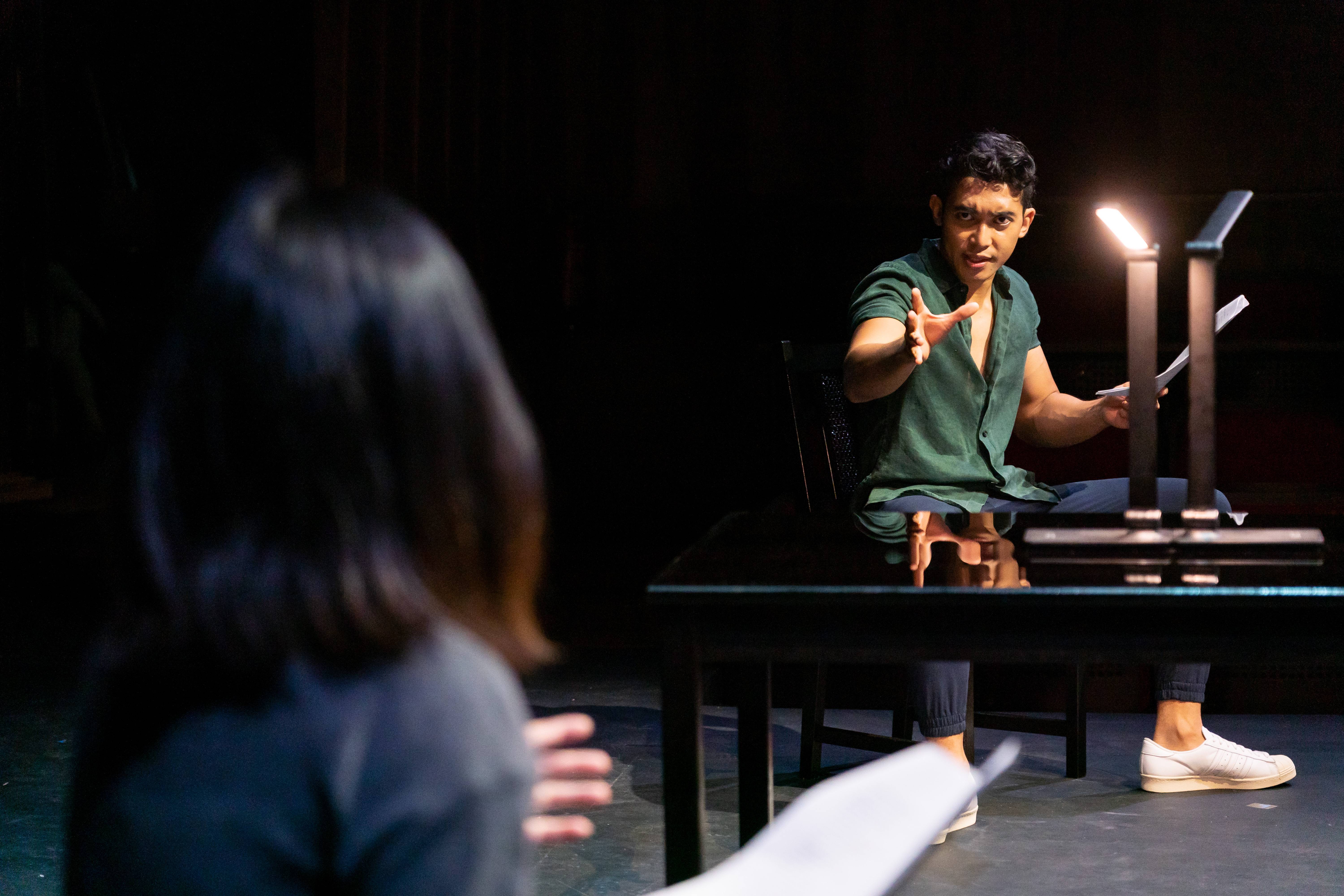 This then, makes it an ideal piece to test Wild Rice’s latest batch of Young & Wild trainees, and all that they’ve learnt over the course of the year-long course. Helmed by Edith Podesta, the demanding script sets a high bar for the 16-member cast, with the play starting with a campy, over-the-top period drama about the original Candide, to a high tension thriller, to even an imagined sci-fi setting set in the future, where pessimism is completely eliminated. Most of the cast play at least two roles, or characters who undergo complete personality changes, requiring finesse and maturity to fully embody in every scene. 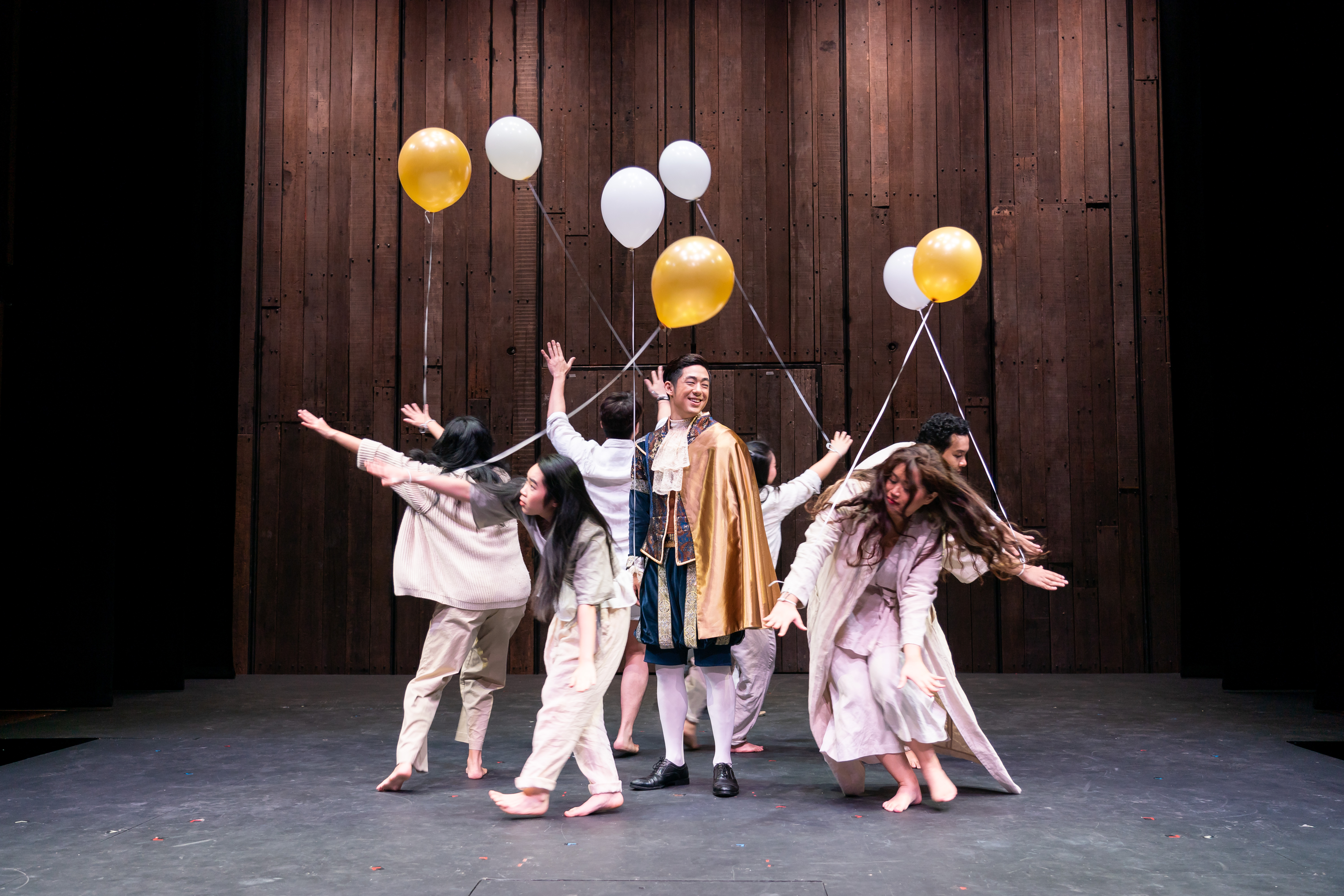 Ravenhill’s script is chock-full of ideas, and makes for a fascinating series of explorations across his  various realities. The whiplash from the complete change in mood between each scene is necessary to emphasise his hard-hitting musings on idealism and optimism. While Candide tests the limits of optimism in extreme and unlikely situation, the play’s message that blind optimism alone is an insufficient means of living life is clearly established throughout. 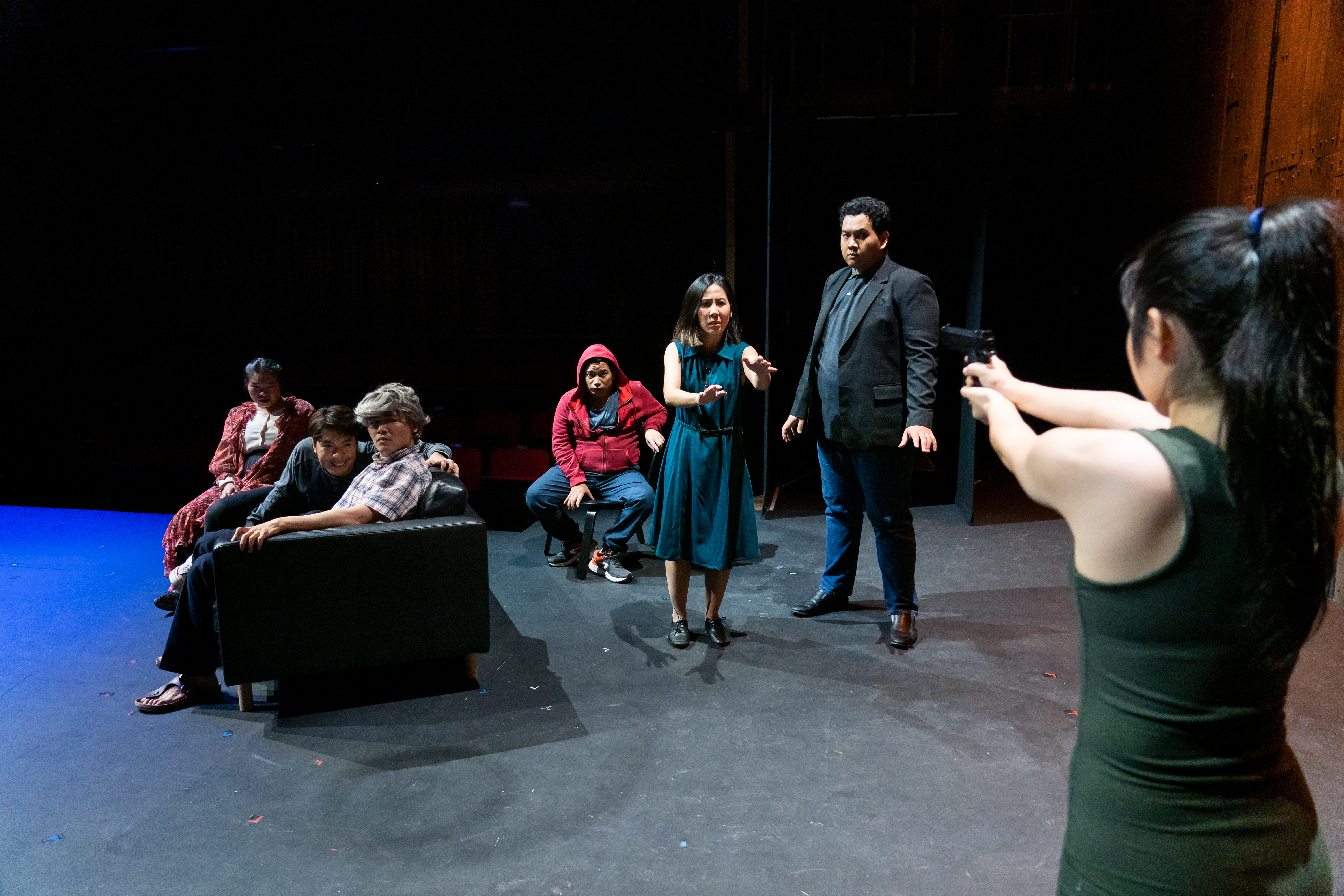 Where Young & Wild’s performance falters is in its cast’s struggle to perform the script and characters. While there is good energy that is displayed from all its members, alongside blocking that allows for the play to make the most of its minimalistic setup, most of the cast are unable to find the right emphases or emotional core to their performances, causing this production of Candide to falter in terms of its mood and clarity of meaning. Unclear enunciation further blurs the play’s intent, while scenes requiring actors to play it serious ends up coming across as unbelievable, and even comic, in the case of what is meant to be a traumatic tragedy. 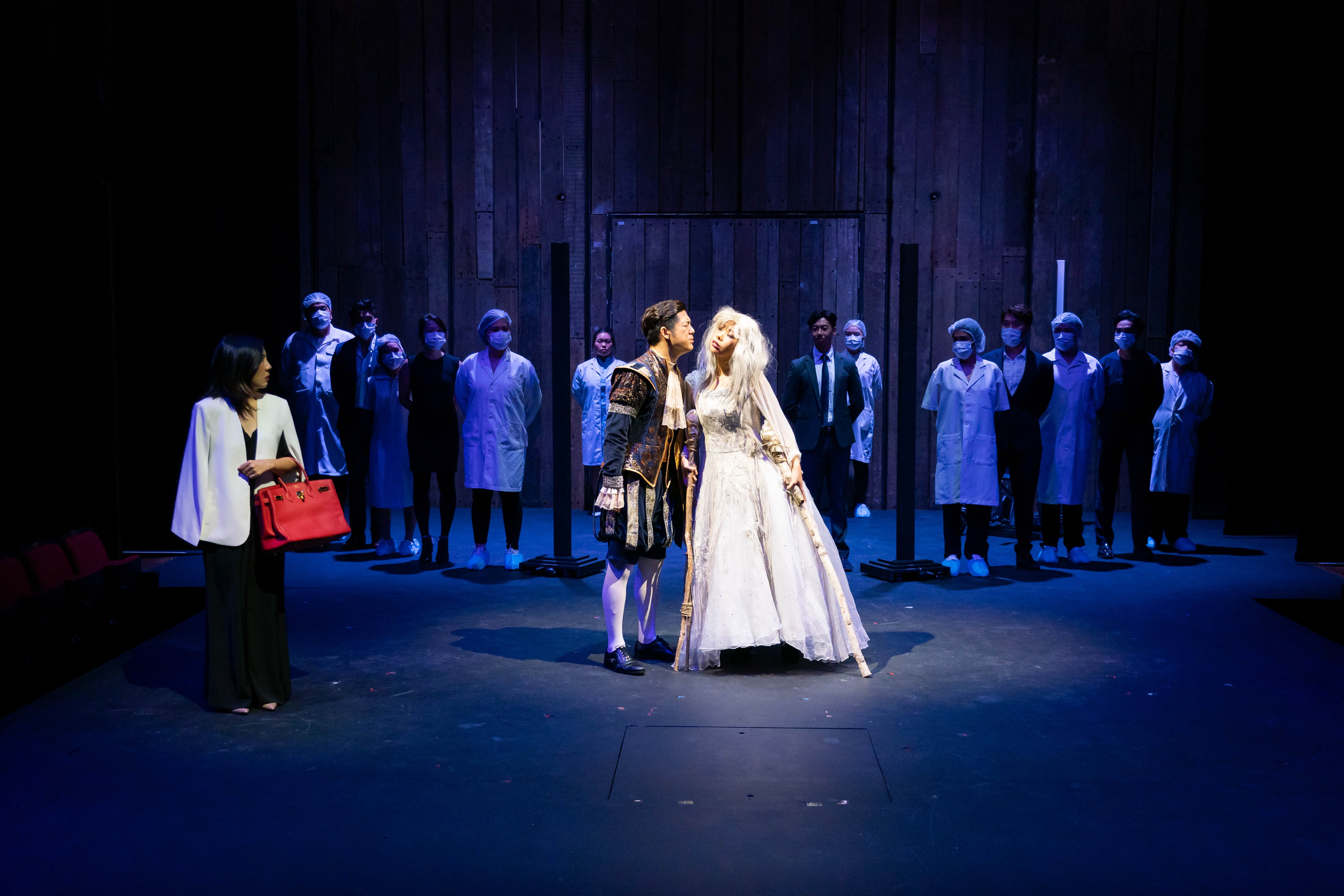 With the difficult year that the performing arts scene has had, one is inclined to give the cast the benefit of the doubt that there may not have been enough rehearsals or opportunities to reap the most out of the Young & Wild programme. Director Edith Podesta seems to have envisioned an ambitious production to provoke reflection on the response we should take towards our hopeless year and pessimistic 21st century outlook. Ravenhill’s script is rich in originality and hits hard with the tragic fates he bestows on his characters. If only the ensemble was more up to the task of bringing it all to life.