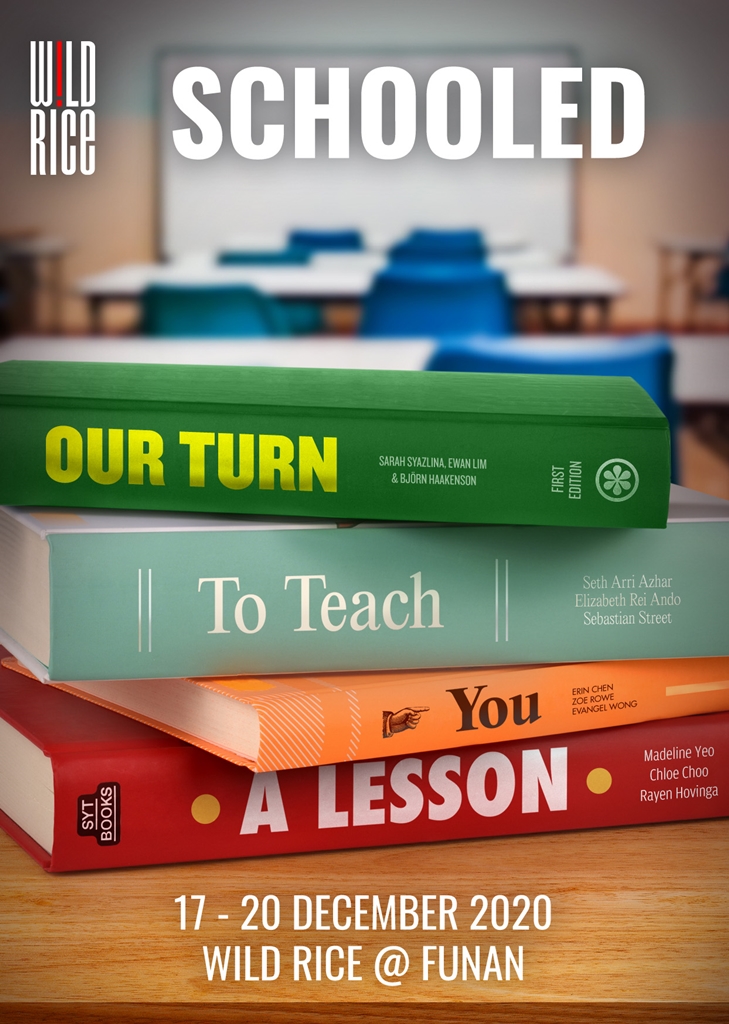 The kids are alright, as Wild Rice’s inaugural batch of Singapore Youth Theatre showcases what they’re made of.

For a number of years now, in addition to their regular productions, Wild Rice has offered programmes for potential child actors (First Stage) and older, more experienced theatremakers in their adulthood (Young & Wild). But there’s never really been a similar platform for teens to go under their wing, leading to a strange gap between childhood and adulthood where teen actors interested in learning from Wild Rice were unable to.

That is the primary reason behind the Singapore Youth Theatre, Wild Rice’s newest programme which takes on participants between the age of 13 and 17. Helmed by Thomas Lim, Wild Rice’s Associate Artistic Director for Youth and Education, the one-year course sees participants meeting up weekly, as they learn the art of theatremaking and how to harness it as a way to speaks to and for people of their generation. 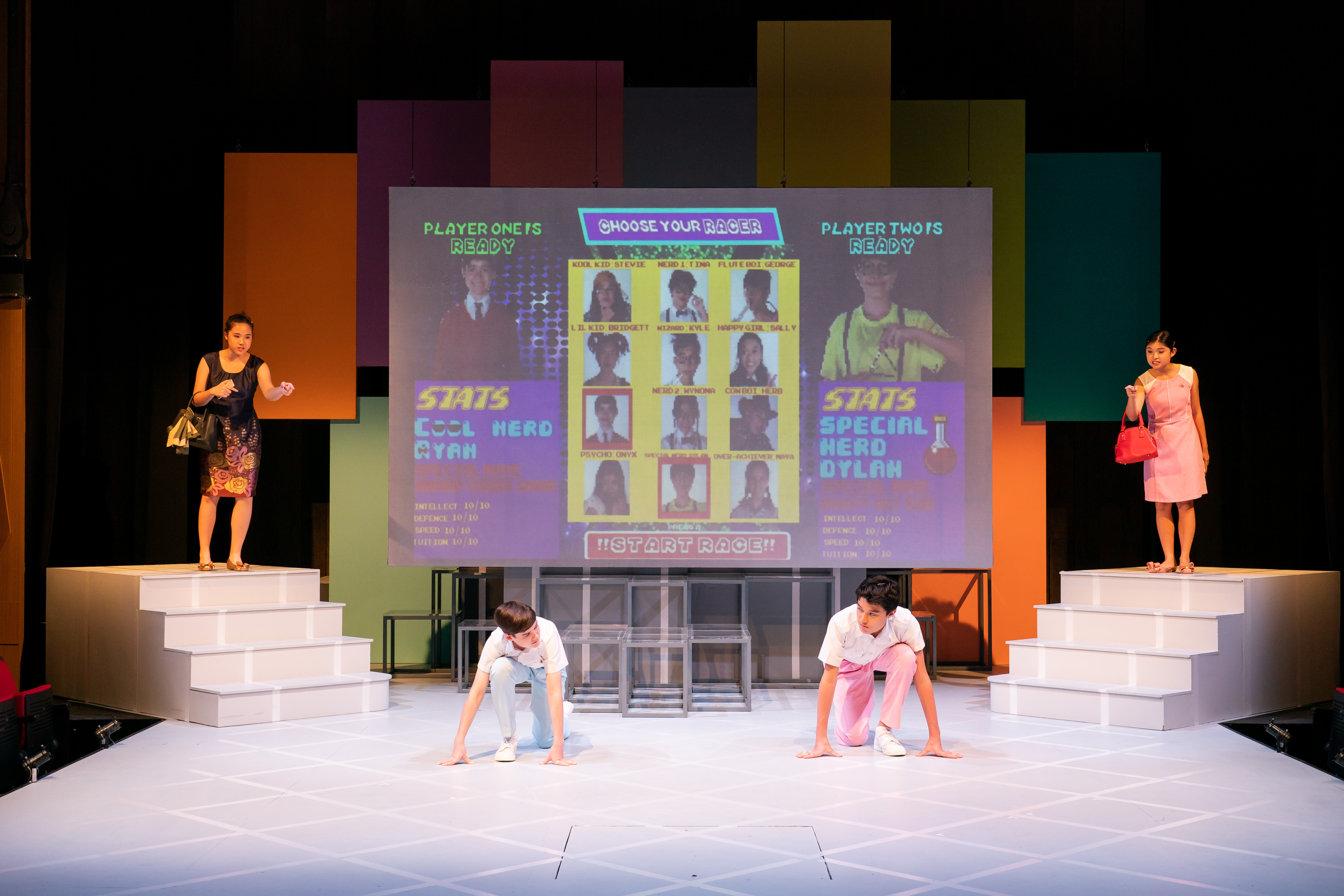 In spite of the ongoing pandemic, Wild Rice has stuck to their promise and given the inaugural batch of 12 an opportunity to present an original production on the main stage, with help from a professional creative team. While the production is directed by Thomas Lim, the script was co-written and devised by the cast, making Schooled more or less theirs in terms of ownership, and impressive enough given their age and the extraordinarily difficult year the scene has had.

Opening with Zoe Rowe delivering Swedish environmental activist Greta Thunberg’s iconic speech, Schooled makes it clear from the start that this will be a play that’s all about standing up and speaking out for what the cast believes in. The play itself is set in an unnamed school, and is structured around a ‘typical’ school day, with tongue-in-cheek scenes titled after various periods and subjects, with the ensemble dressed in white uniform tops and bright coloured pants. None of these follow what you might find in your usual secondary school. 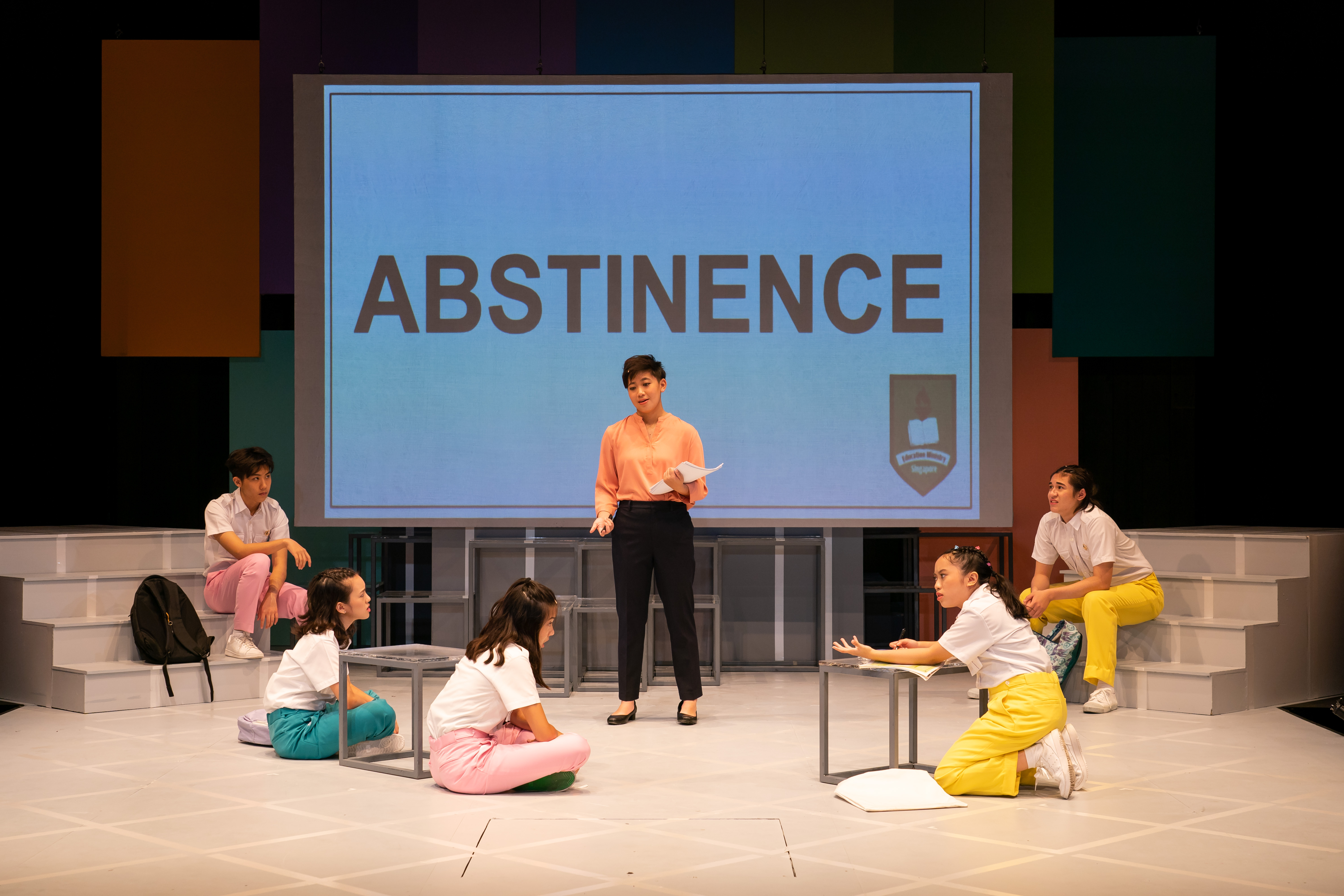 Most of these scenes end up subverting the format of the lessons they’re named after; a sex education class reveals the education system’s severe limits on what ‘should’ be taught to students, represented by an absurd PowerPoint presentation that simply presents the word ‘abstinence’ over and over again, in various WordArt permutations. Meanwhile, a ‘social studies’ class pits two mothers against each other, as they enter their sons into a video game-like race, buying ‘power-ups’ such as tuition to give them an edge over the other. A particularly innovative scene sees some of the female cast members criticising NUS sexual offender Nicholas Lim’s apology letter as a means of teaching situational writing during an ‘English lesson’, systematically examining how it ends up sounding like a poor non-apology, and ends up wondering why he was let off the hook so easily. 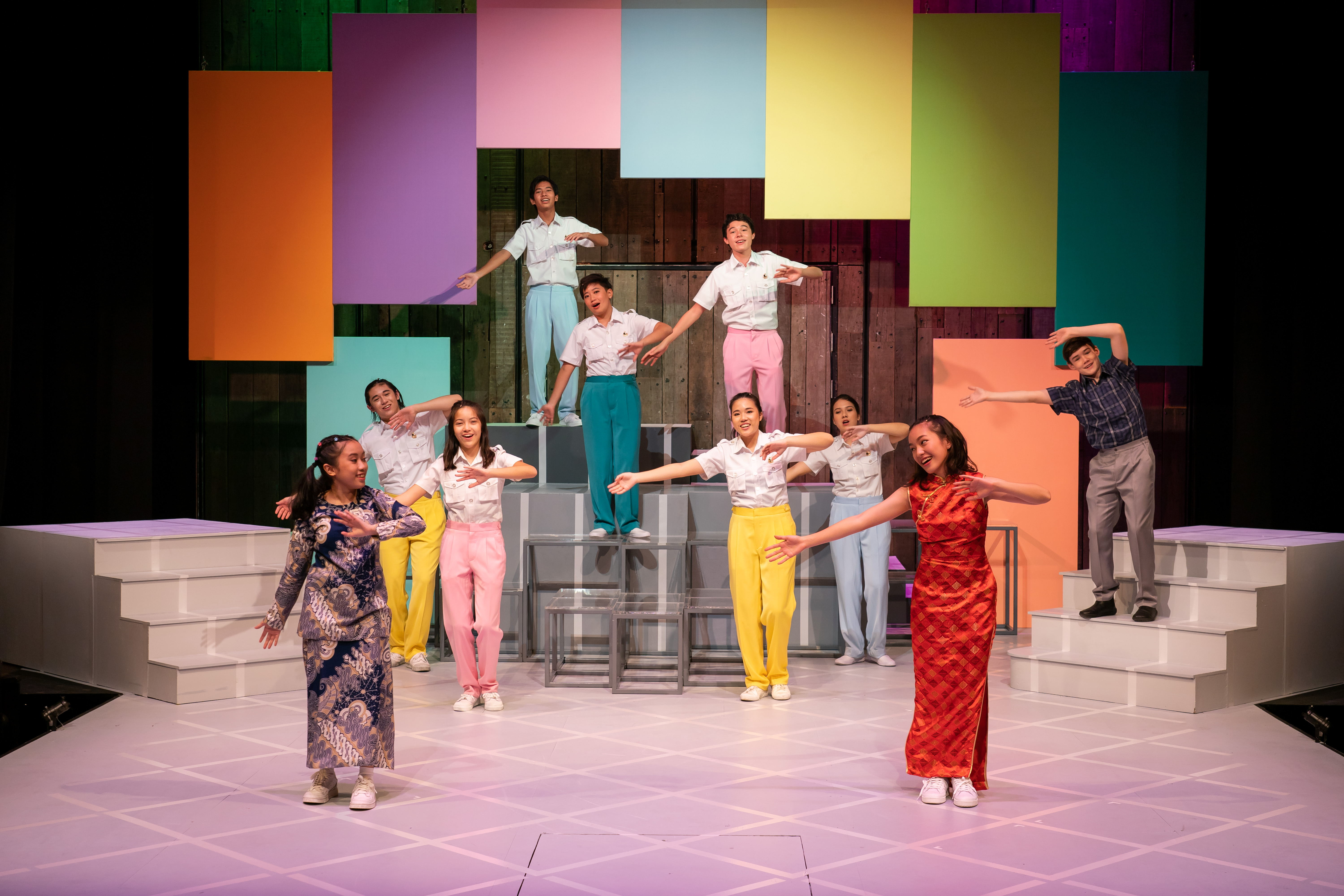 As ambitious as they are at presenting this myriad of issues, much of the time, the cast’s inexperience and youth shows in how certain scenes still feel underdeveloped, and lack a strong dramatic thrust or fail to make a compelling argument. During ‘Assembly’, the cast engage in a Racial Harmony Day song and dance number, entertaining to a degree, but forgetting to actually pass commentary on the surface-level conversations the celebration perpetuates about race. In another scene, when a teacher lectures a boy on why certain words are inappropriate to use as insults, it feels like material that is already common knowledge rather than showing off their unique Gen-Z perspective, and too didactic and dragged out in its form to leave an impact. 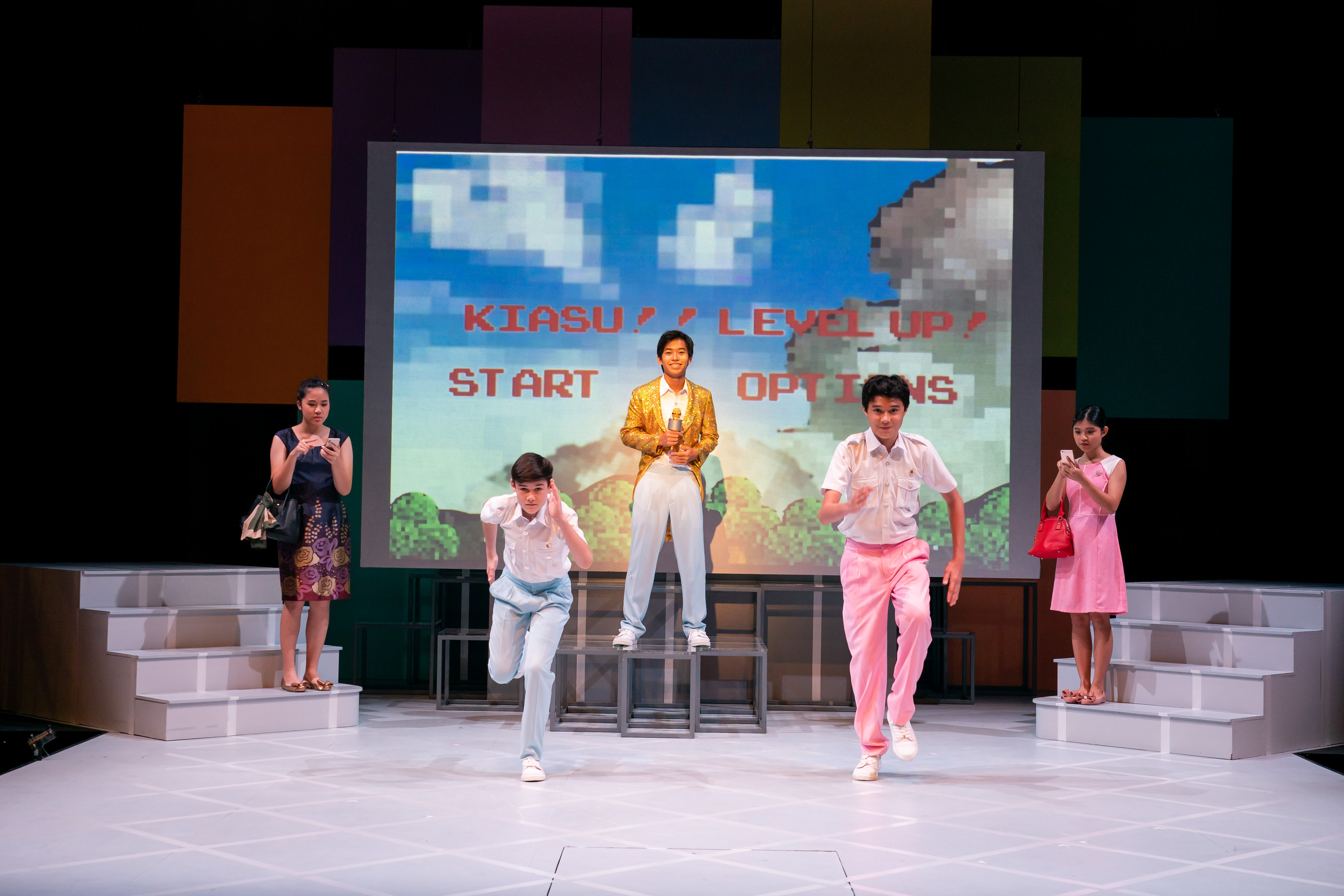 Still, it is evident how most of the scenes are crafted with genuine heart and creativity, many of which are buoyed by the sheer enthusiasm of the cast in playing their roles. Of the ensemble, we were taken with cast members Erin Chen, who does well in her role as a new teacher already exasperated by both the system and parent-teacher meetings, while across all her scenes, Sarah Syazalina’s sass and energy make her a joy to watch. One also cannot help but applaud Björn Haakenson for his solo scene, in which he delivers as raw, impassioned speech about being true to his queer identity, while donning a golden dress and allowing his long hair to hang loose, an act of immense bravery to put onstage that doesn’t come easy for most teens even in 2020.

Schooled ends on a poignant note of hope, as the cast come together and imagine a better future shaped by their generation, each holding up placards and expressing their wish for a better tomorrow, almost in protest against the injustices of today. Certainly, these are wide and varied topics they will no doubt be thinking about with far greater nuance as they grow into adulthood. But for now, it is reassuring that Schooled shows how the youth of today are actually woke enough to even think about these issues, and hopefully, continue to see and use theatre as a means of grappling with them in future.