Even as the pandemic continues to ravage across the world, if there’s one surefire way to lift the mood, it’s with a nature documentary. And with BBC at the helm and Sir David Attenborough narrating, new series A Perfect Planet is set to bring the beauty and wonder of planet Earth back to our screens once again.

As the only known planet known to have the capacity to sustain life, A Perfect Planet, like most nature documentary series, focuses on the vast diversity of species that call this planet home, in every corner of the earth. From the white wolves of Ellesemere Island to bears in Kamchatka, vampire finches of the Galapagos to golden snub-nosed monkeys of China, the series will combine a global view of the planet from space with intimate animal stories from the most spectacular habitats. Each of the five episodes in the series focuses on a specific force of nature, namely oceans, sunlight, weather and volcanoes, with the final episode focusing on the newest and possibly, most powerful one of all – humans. From the Indian Monsoon to Hawaiian volcanoes, tidal islands of the Bahamas to the extremes of the Arctic winter, A Perfect Planet examines how these forces have helped drive, shape and support Earth’s great diversity of life. In doing so, it will reveal how animals are perfectly adapted to whatever the environment throws at them, and showcase how the living planet operates. “Our planet is one in a billion, a world teeming with life. But now, a new dominant force is changing the face of Earth: humans. To preserve our perfect planet we must ensure we become a force for good,” says Sir David Attenborough. 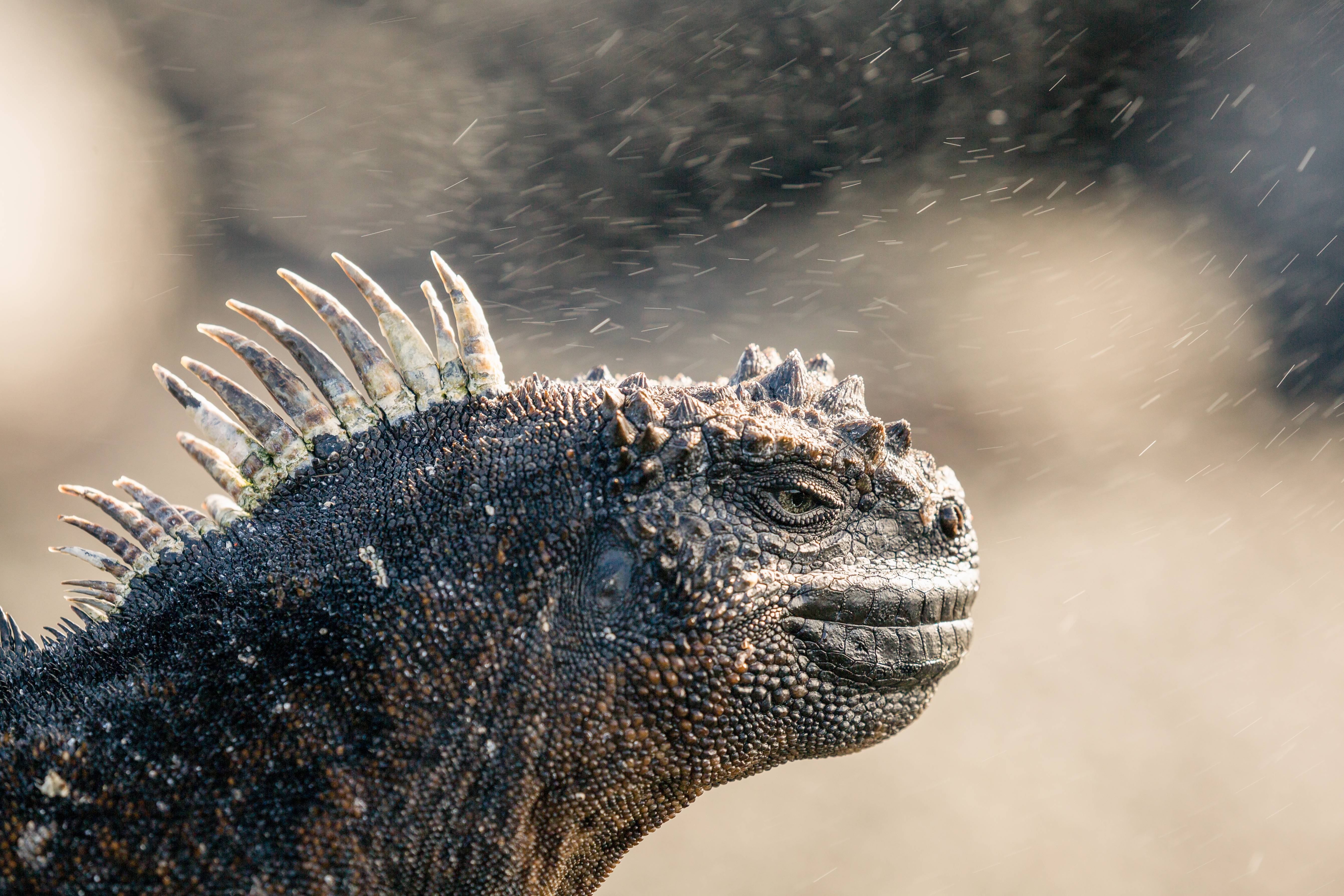 To find out more about the series before its premiere, we spoke to A Perfect Planet producers Huw Cordey (Volcanoes, also series producer), Nick Jordan (Sunlight and Humans), and Ed Charles (Weather and Oceans), each one having a wealth of experience in the nature documentary field. On what makes A Perfect Planet so different from other documentaries seen so far, Huw comments: “A Perfect Planet isn’t just about animal behaviour, but also about society’s behaviour a much more global context, and how it’s shaped the planet.” 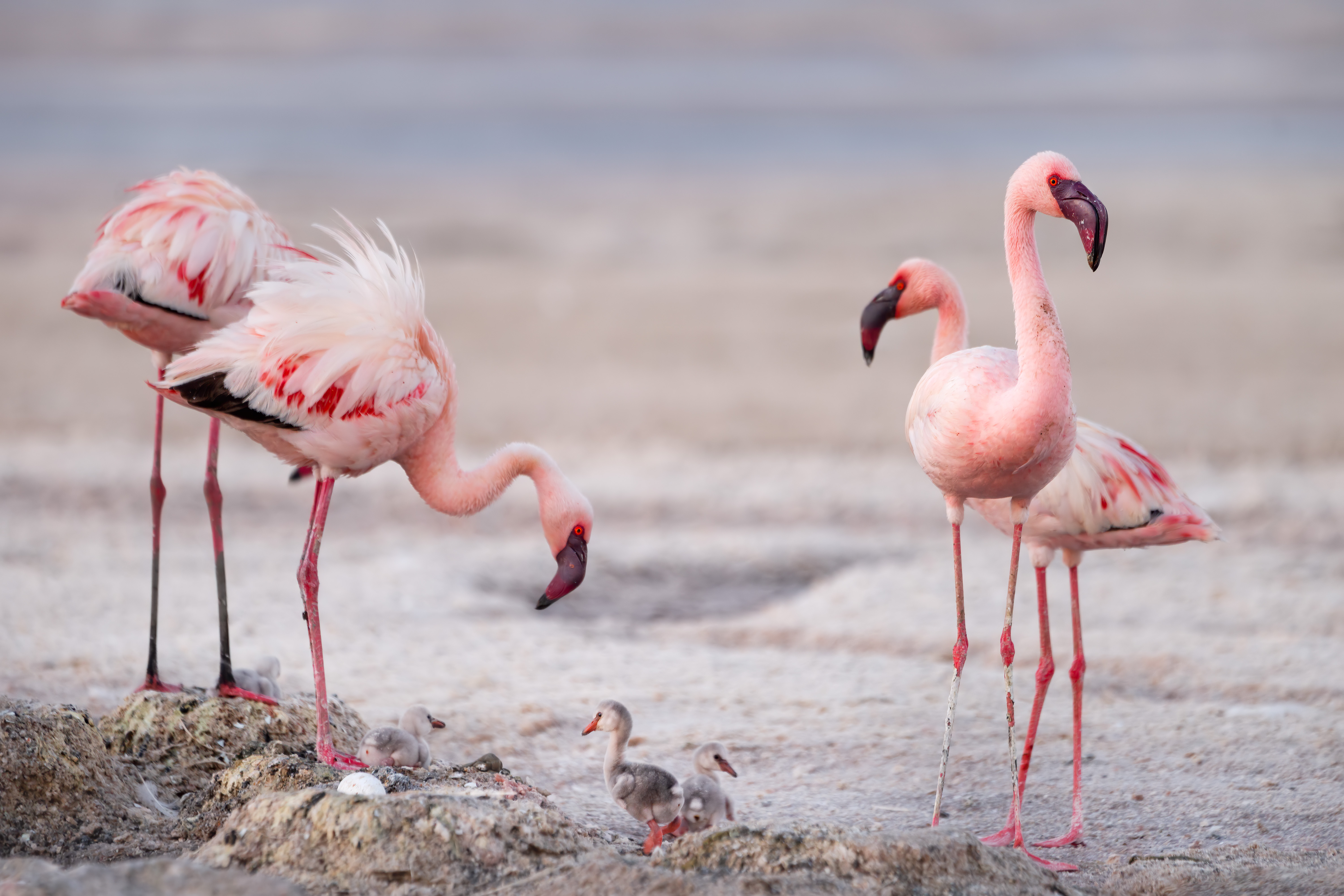 The team behind A Perfect Planet has been working on the series in the start of 2016, making it almost a five year process from conception to completion and broadcast of the five episodes. “It’s taken a long time, and in fact, most of our time was spent in post-production, which took around 60 weeks, in part due to the pandemic,” says Huw. “But we knew we had to carry on in spite of the difficulties, and we’re very pleased at how the final outcome doesn’t compromise on the results.”

Even presenter David Attenborough was hard at work, with the team commenting how he went into the pandemic having only narrated two out of the five episodes, and ended up recording the remaining episodes in his own home. “It’s interesting how I did the first voiceovers with David in the studio, and then COVID-19 happened and we all had to work remotely,” says Nicholas. “And during their home recording process, David and his daughter brought this big double bed mattress into his room and propped it up against the wall so that the sound would be absorbed and the audio quality wouldn’t be affected!” 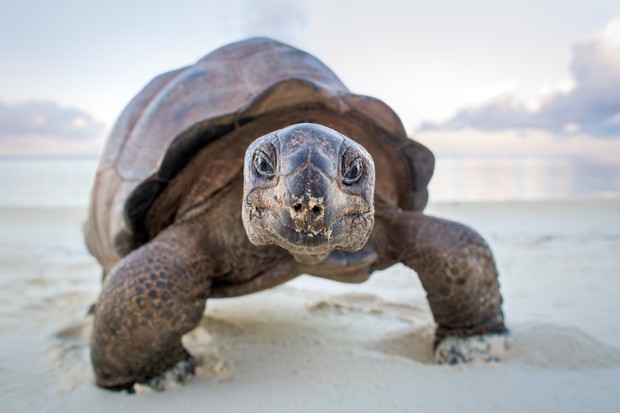 It’s interesting how most of the time that goes into producing a documentary like this actually comes from both pre and post-production, as opposed to being out in the field obtaining footage. “We spent a lot of time in the pre-production stage discussing style, narrative, look and feel, with each producer doing their own research, coming up with a draft script, and presenting it to the team,” says Ed. “It’s easy to have the blinkers on you, because you focus so much on your own episode. And when you get a fresh pair of eyes looking at your script, there’s plenty of advice that comes in and helps improve your original idea.”

“Whenever possible, we’d bring in other members of the team to feedback and see if we’d forgotten to include anything in our ideas,” adds Nicholas. “So it was definitely a team effort, from production coordinators all the way down to the research and preparation work done.” 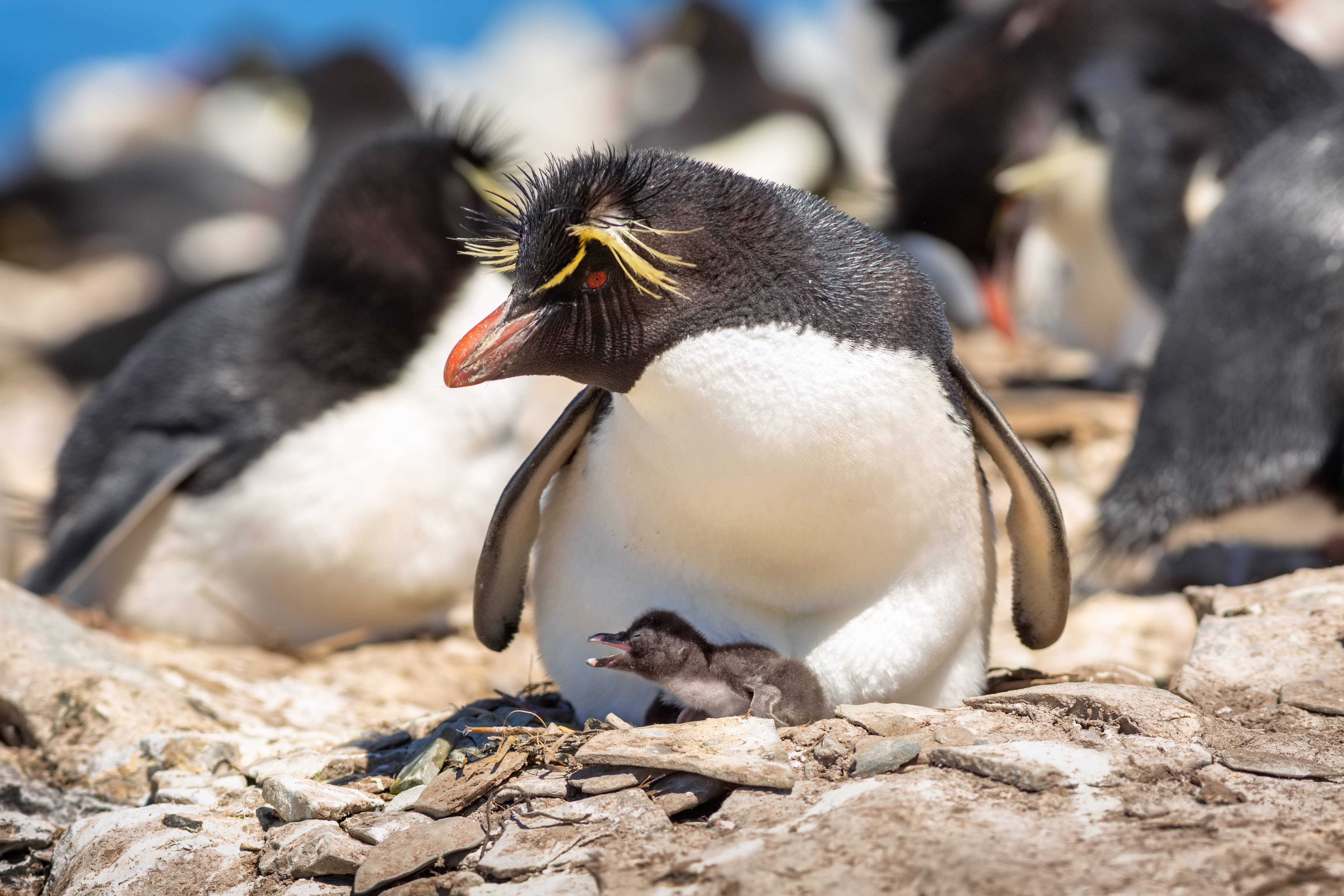 From experience, all three directors know just how uncontrollable nature can be, and how animals don’t exactly follow a script. And with how they’re dealing with some of the most powerful forces of nature this time around, the filming process became even more unpredictable, and proved to be a challenge for them and their crew, with a need to show how all these forces came together to form a unique global system. “We were dealing with things like ocean currents for my episodes, and because it’s an invisible force, we knew we had to find the right animals and stories to match the narrative we were given, and not just any cool story in the ocean,” says Ed. 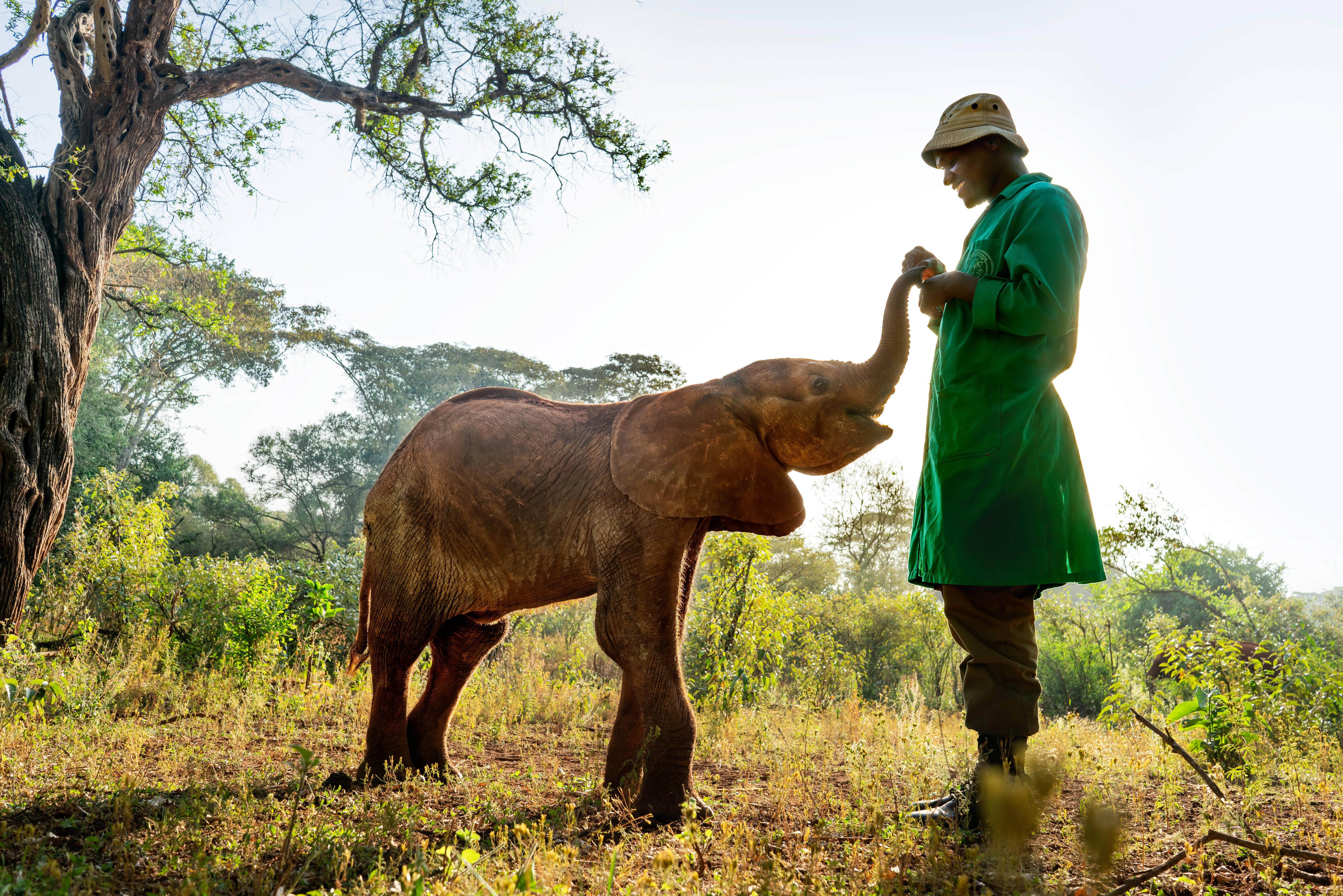 “As much as they say you make your own luck, I’d say we were remarkably lucky across the series, because unlike some other series, we managed to include almost everything we filmed,” says Huw. “There were challenges of course, like how for the Volcanoes episode, we were trying to film the lava lake on Vanuatu, and had to postpone it three times due to volcanic activity. In the end, we had to cancel it after there was a massive earthquake, and the entire lava lake disappeared, going from this incredible visual to nothing. Even with a clear idea of how and what you want to film, natural history programming is a job where you have to adapt on the go, and the mark of a skilled producer is knowing how to act and react accordingly in the field.” 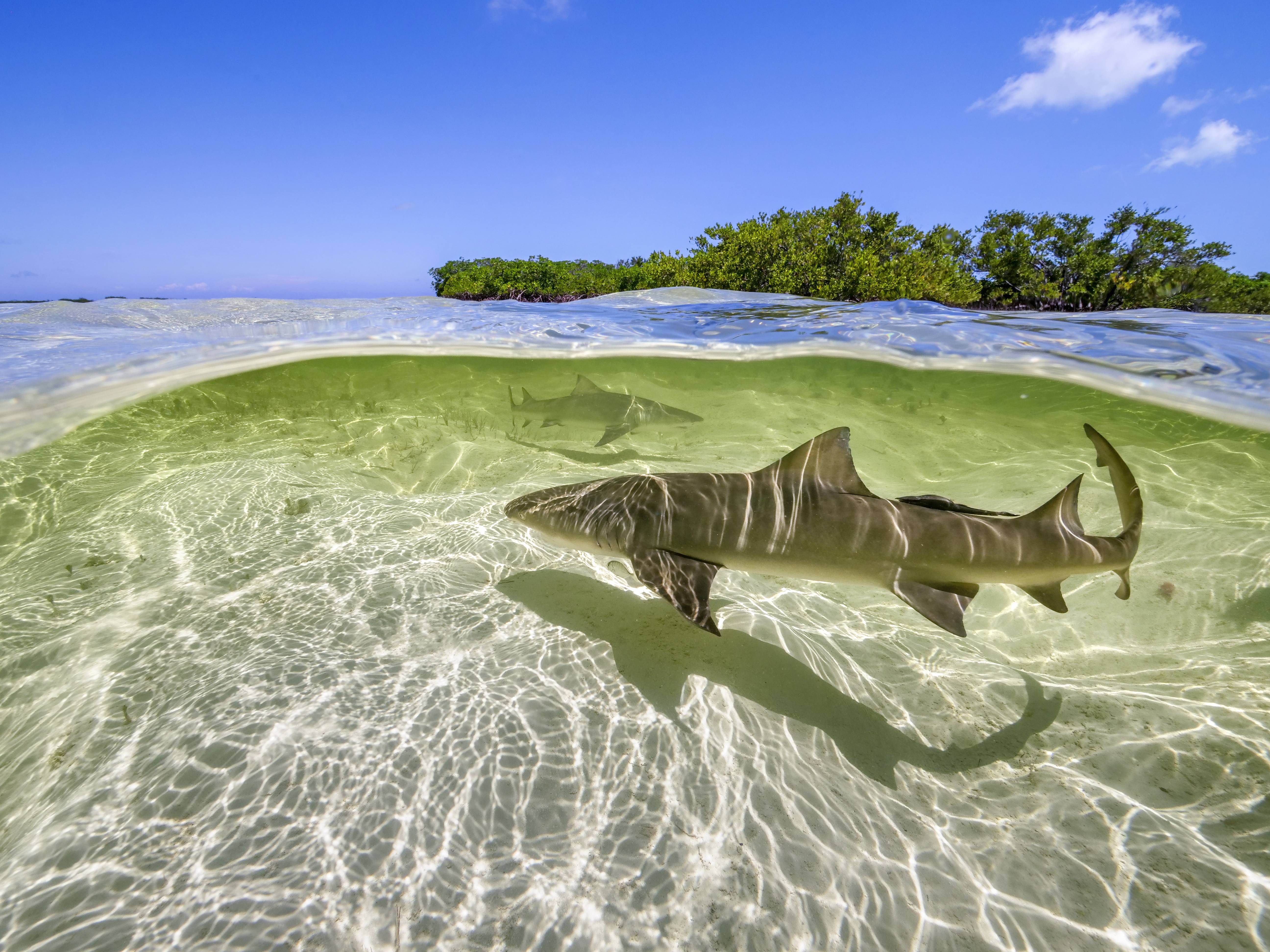 Even in the process of filming, the show’s central message of slowing down climate change could be felt in the way they had to adapt to an ever-changing landscape, like how even weather patterns and cycles, which used to be more reliable and ran like clockwork, began to change, and in turn, affect the animals. “As our planet gets warmer, it also becomes less predictable, and we had to come up with alternatives and strategies to combat that,” says Nicholas. “For the Sunlight episode, we were filming garter snakes in Canada, and the numbers ended up much lower than expected because of the particularly cold winter. It turned out that the garter snakes migrated further south, and we had to go with our Plan B to find them in these new potential sites for filming.” 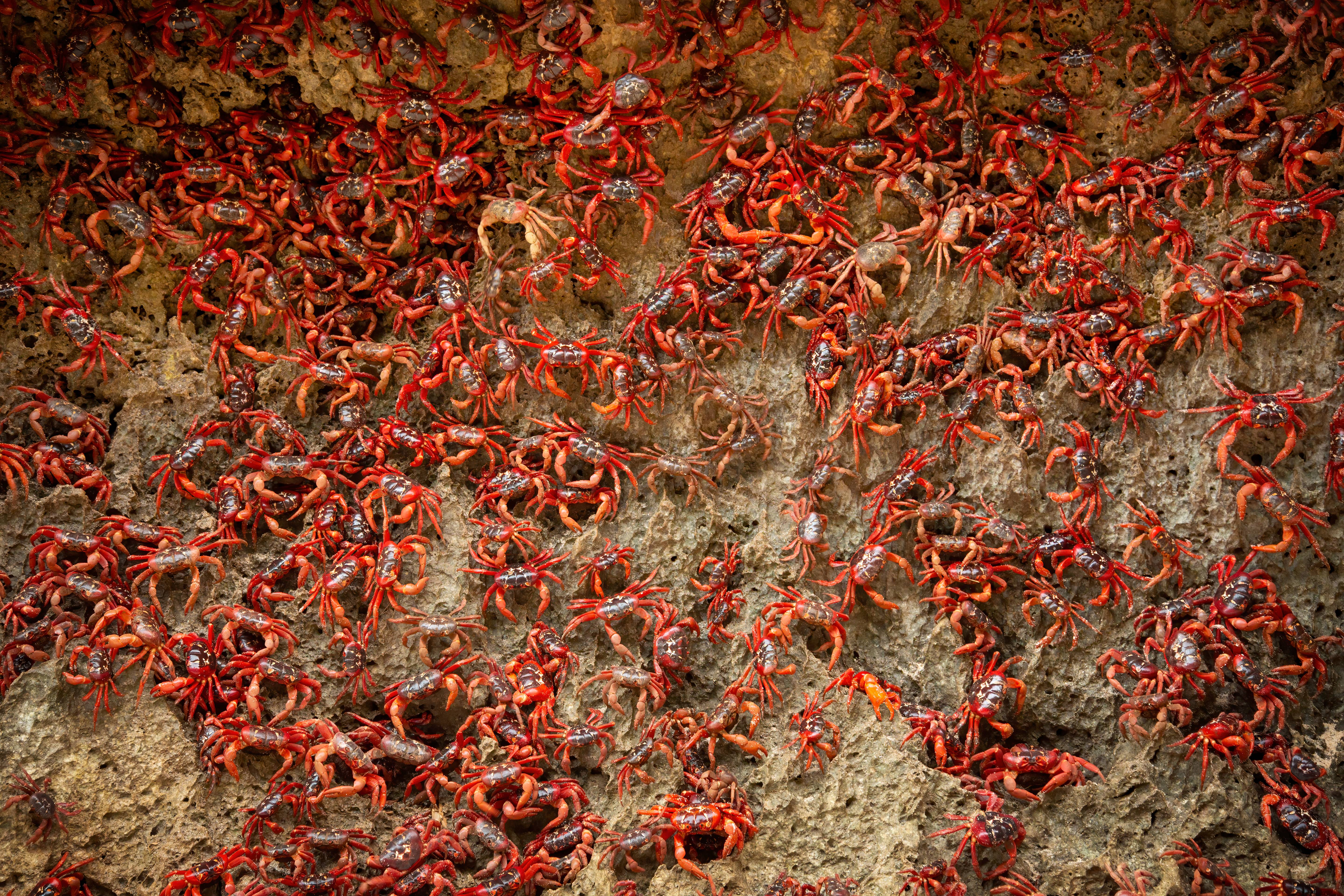 In terms of how the team plans to have these stories connect with audiences, they still rely on the tried and tested method of seeking out stories of individual animals, and telling it well. “It doesn’t necessarily have to anthropomorphise the animal, but about finding an engaging, emotive story of the trials and tribulations a particular animal goes through, as opposed to say just filming millions of bats at one go,” says Huw. “The key lies in the edit, from the pace of the cut to the narration, all of which comes together to form an emotive and engaging sequence which the audience can appreciate.” 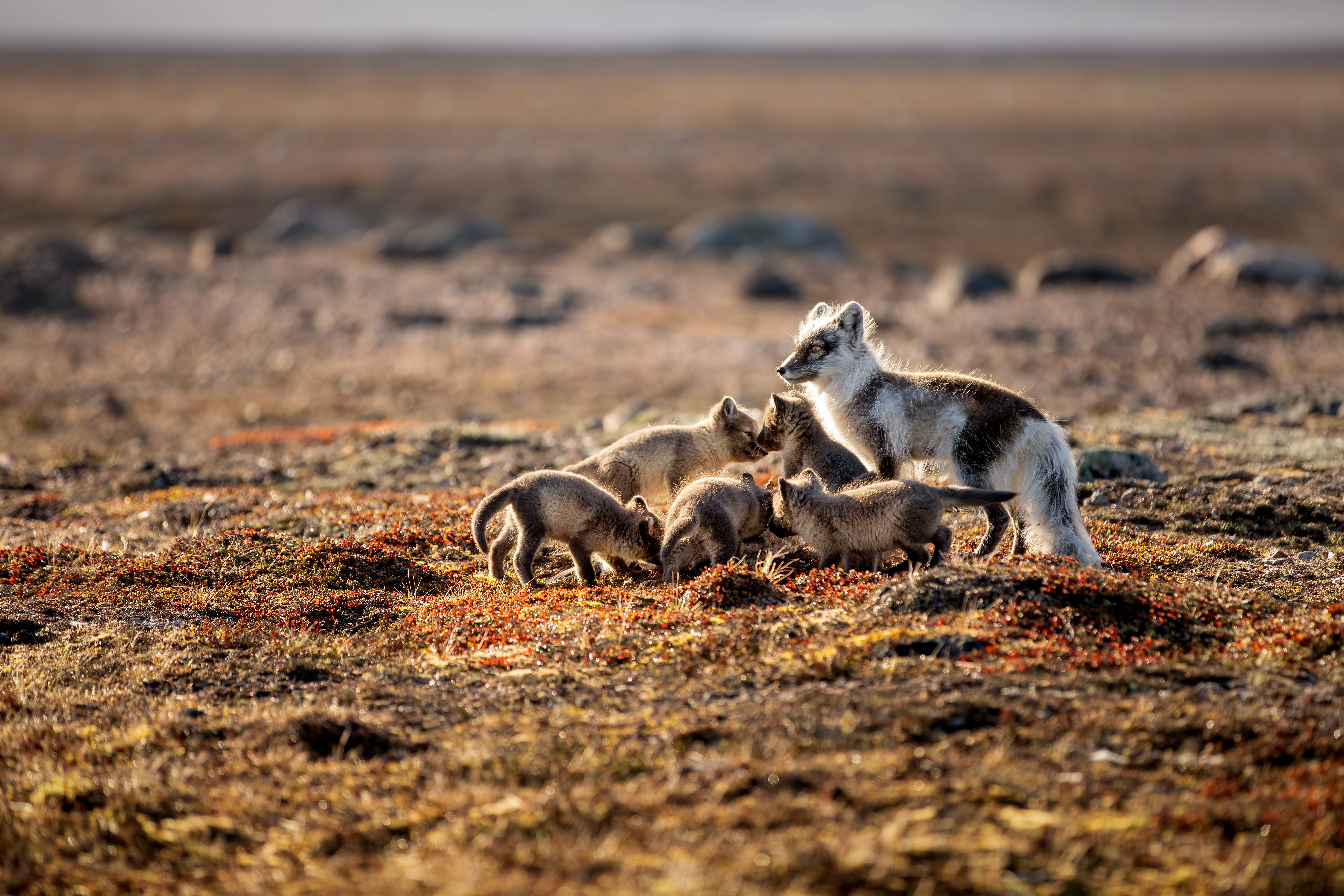 As the team explains, an animal’s character only really comes out during filming, and they only discover these stories when they get out there, zooming in to the micro stories of unlikely heroes amidst the bigger story the episode concerns itself with. “Even though we may be tired, it’s worth it to sit down at the end of the day after a shoot and just watch the footage we captured, to at least get little glimpses of the characters we find, and can build on duing post-production,” says Ed. “One particular story that stands out was this tiny cuttlefish we found in Indonesia, where we wanted to film their mating behaviour and egg-laying. But what we found was this tiny male, a quarter of the size of the female, and he kept trying his best to win the affections of the female, but kept getting rebuffed. I think most men can relate to that to some degree!” 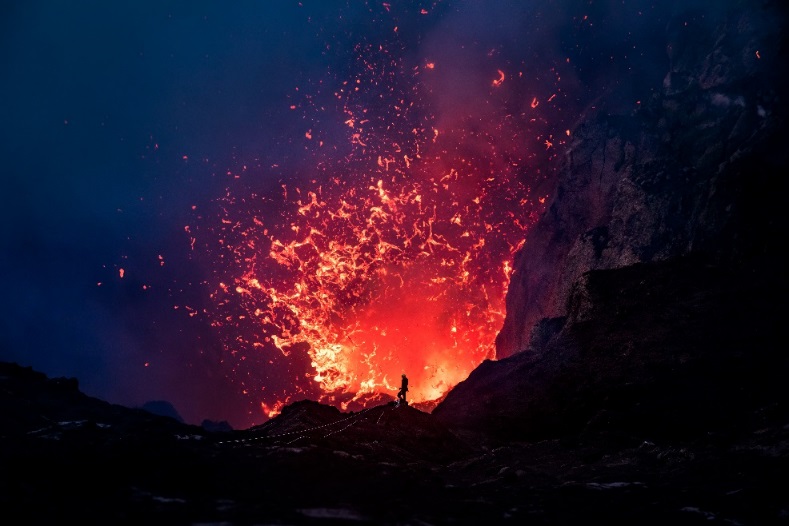 Working together as a team, the whole crew naturally looks out for each other, and ensures their safety out in the field. “There’s a responsibility to the team, and some of these places we visit are especially hazardous,” says Huw. “We all have to fill out very detailed health and safety forms, and think hard about the potential dangers. There was this one point during filming where we were filming brown bears near the geysers, and we had the chance to get very close to the bears. But unfortunately, our cameraman accidentally stepped backwards into a boiling pool of water and burnt his foot. Accidents do happen in spite of all the measures we have in place, but are rare, and in my 30 year career, I can probably count the number of incidents I’ve seen on one hand.” 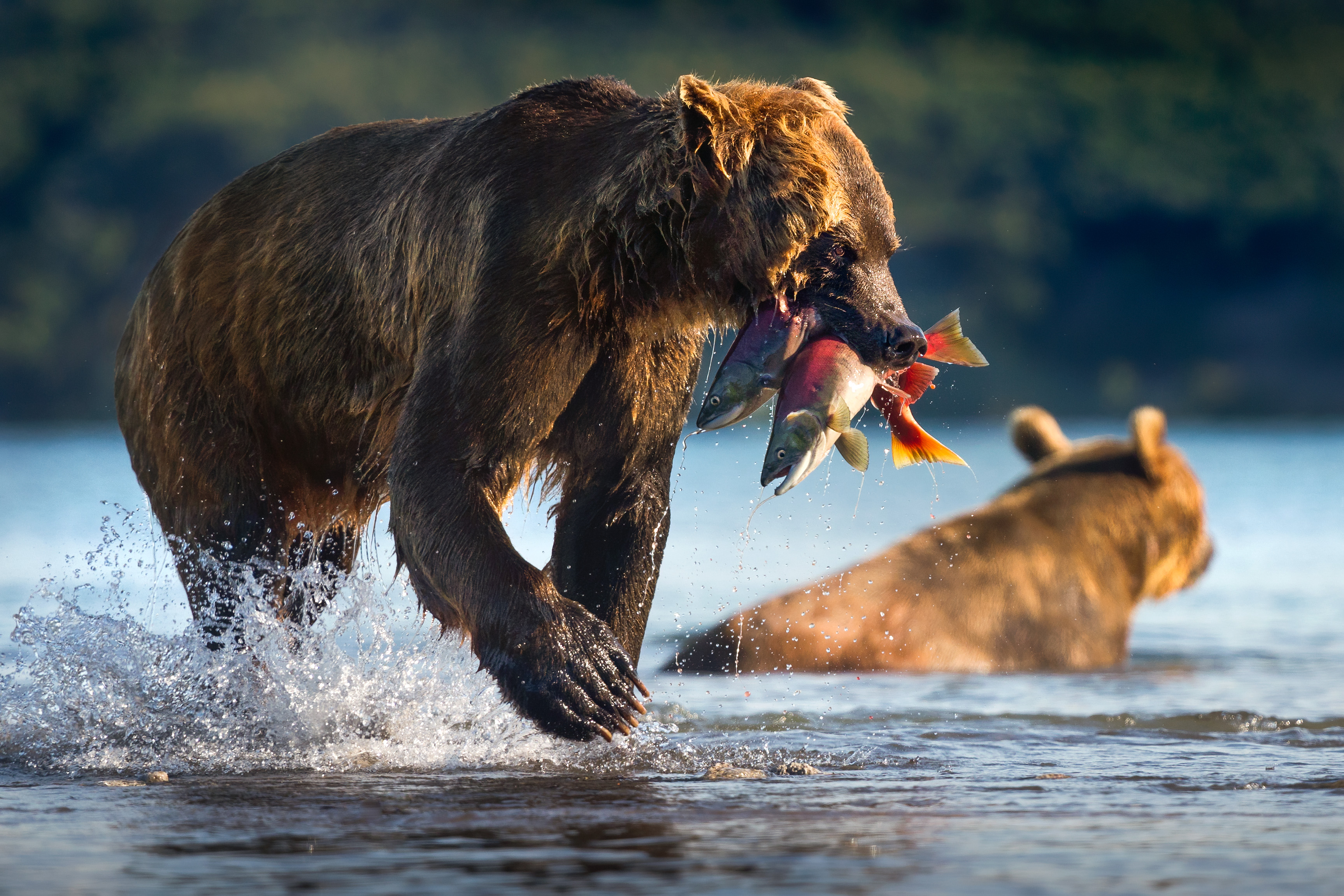 “The preparation the team makes is immense, like how we’re all medically trained as well,” says Nicholas. “There’s one incident I recall, in the Arctic, when we were filming in minus 40 or 50 degrees, it was very difficult to travel, and every inch of our face was covered by a balaclava. One of our team unfortunately had a tiny bit of skin showing, and by the end, he had a patch of frostbite. Thankfully, he healed up, but if we didn’t take the strongest of precautions, we could easily have lost some fingers and toes.” 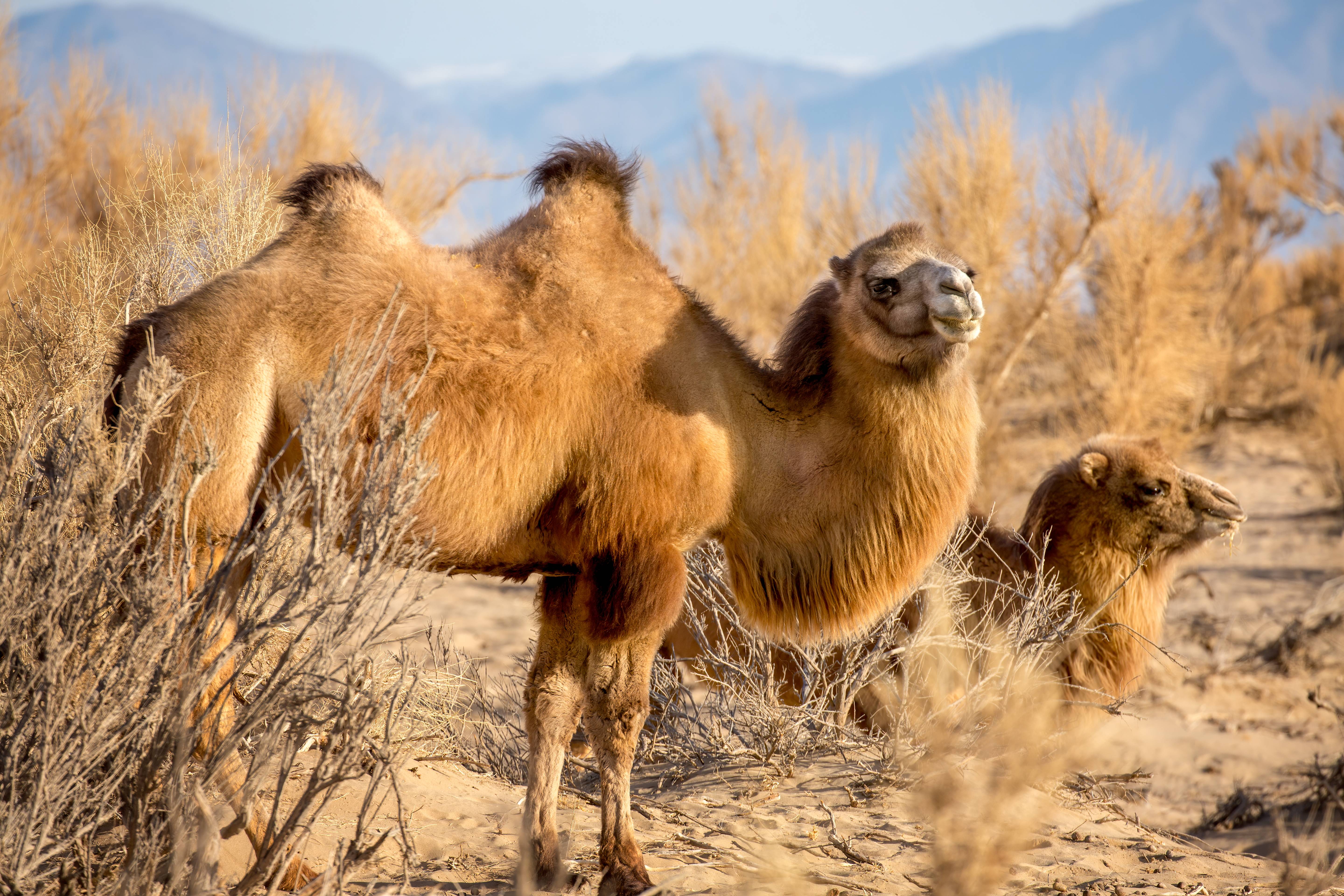 “In the Mongolian desert, you’d think that it’s always hot around the year, but in the middle of winter, it can get to as low as minus 40 degrees at night, with plenty of strong winds,” chimes Ed. “If you’re filming there, you’d be stuck in the middle of nowhere, where you’re probably the only people for 100,000 square miles, and if anything goes wrong, you can’t just drive out to a hospital, and it could take maybe 2-3 days just to medevac you. Everything we do in these kind of extreme conditions, we have to be super careful, and sensible.” 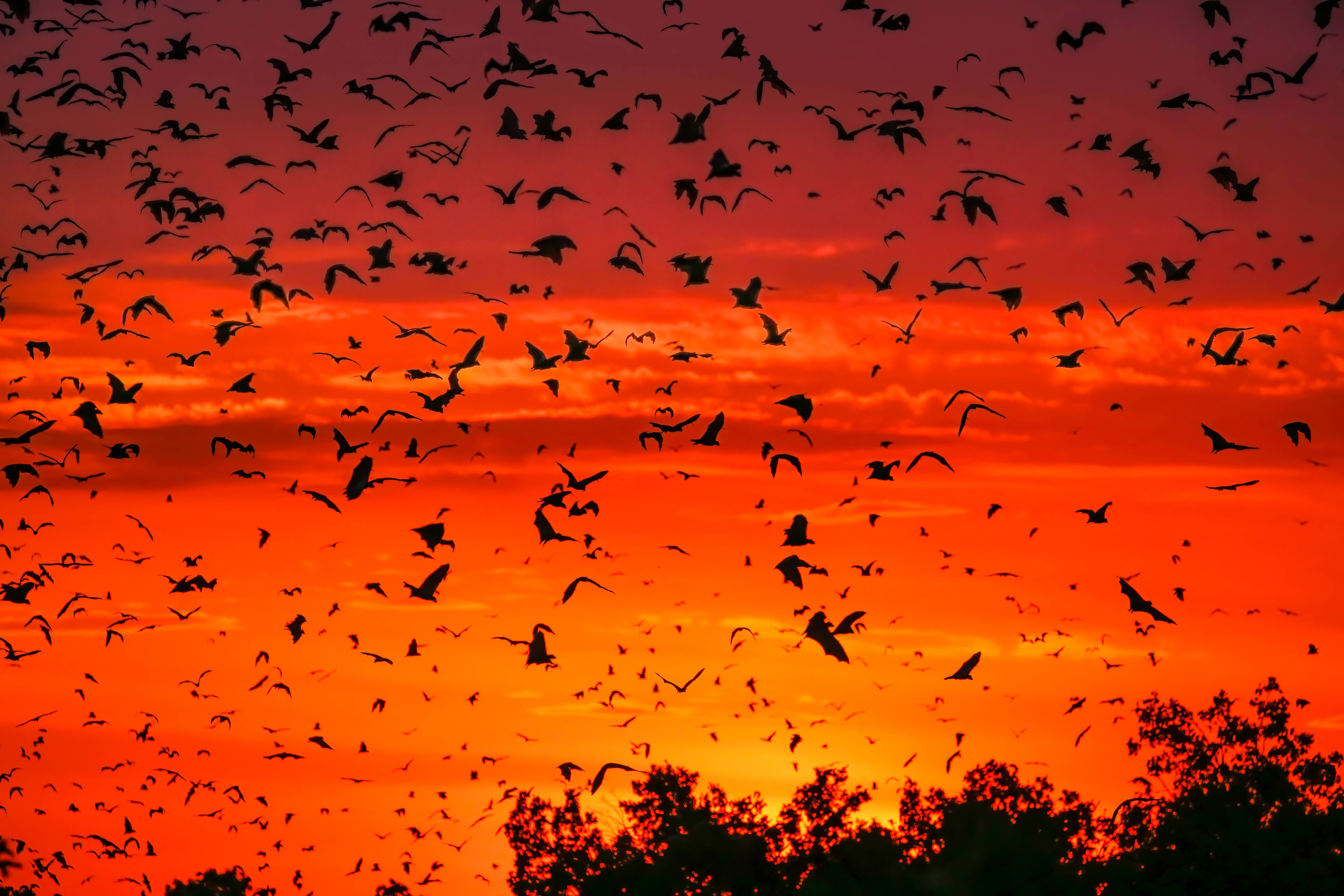 Ultimately, beyond the stories and the footage, what’s most important about A Perfect Planet remains the message the team hopes to leave viewers with after they watch it. “In this time of the pandemic, there’s never been a better time to realise we live on this incredible, rich diverse planet, and how amazing it is that is can sustain itself,” says Huw. “It is humans that are actually damaging it, and A Perfect Planet wants us to go from taker to caretaker, appreciate just how perfect this planet really is, and how we can maintain that.” 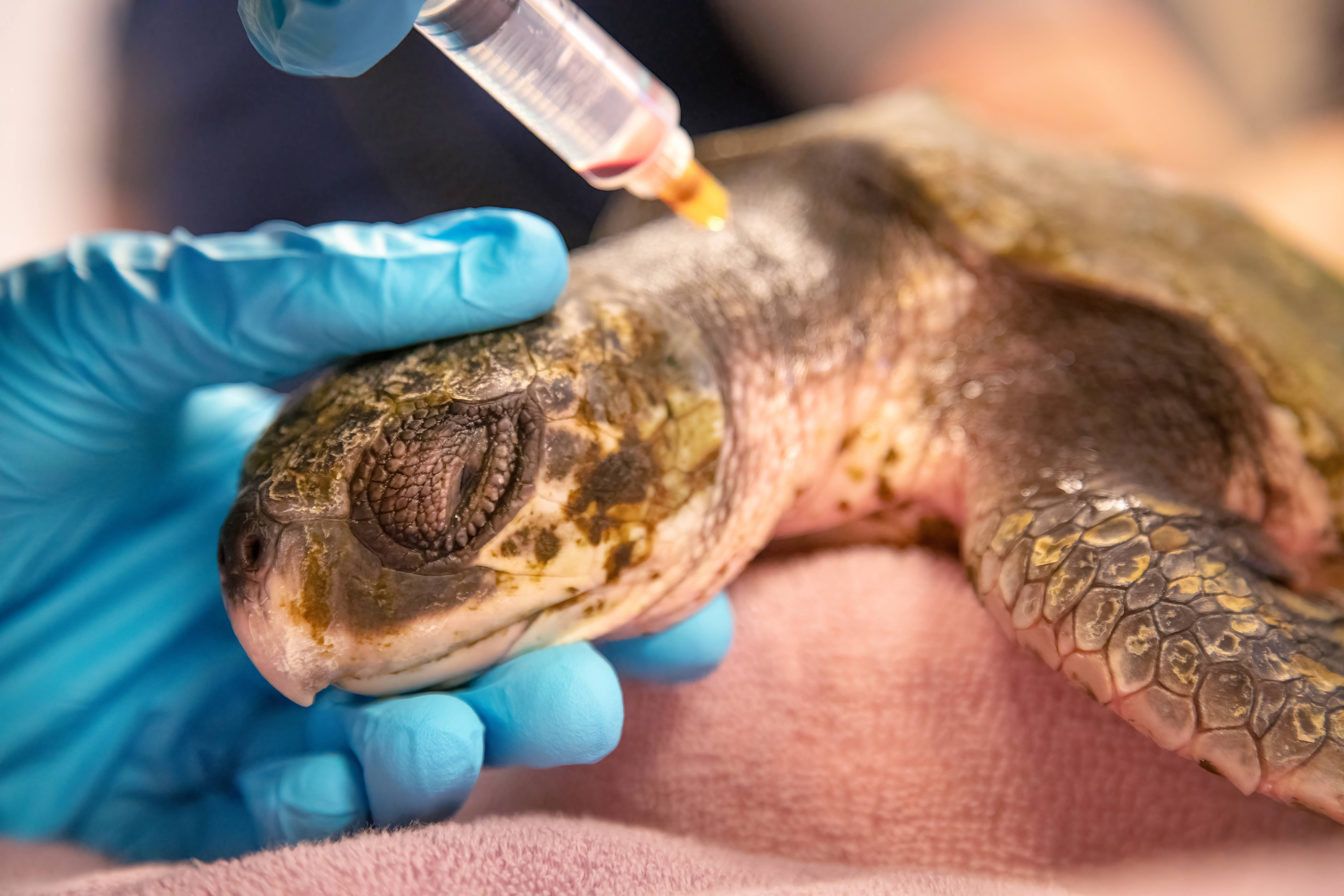 “As someone who produced the final episode ‘Humans’, I saw it as a very fitting end to the series, with how humans ourselves have become a force of nature, destabilising all these pre-existing, life-giving systems,” says Ed. “Hopefully, people come to realise how much harm we are doing, and learn to appreciate how interconnected all life on our planet is, and learn to live more in balance with nature and become better stewards for generations to come.”

0 comments on “Television Time: An Interview with the producers of BBC’s A Perfect Planet”