Victoria Chen grabs the Bull by its horns in this fast-paced, hard-hitting play about cutthroat workplaces.

2020 has been a tumultuous year, with surging unemployment and mass retrenchment exercises across the world, thanks to the economic recession and restrictions brought about by COVID-19. It seems then, that Mike Bartlett’s Bull is a timely play to stage at this point. Playing as part of Wild Rice’s Directors’ Residency showcase, Victoria Chen directs this play, as we follow three employees fighting for survival while their company faces an impending downsizing. As they wait for their boss to arrive, all three are aware that only two will be left standing by the end of the meeting. 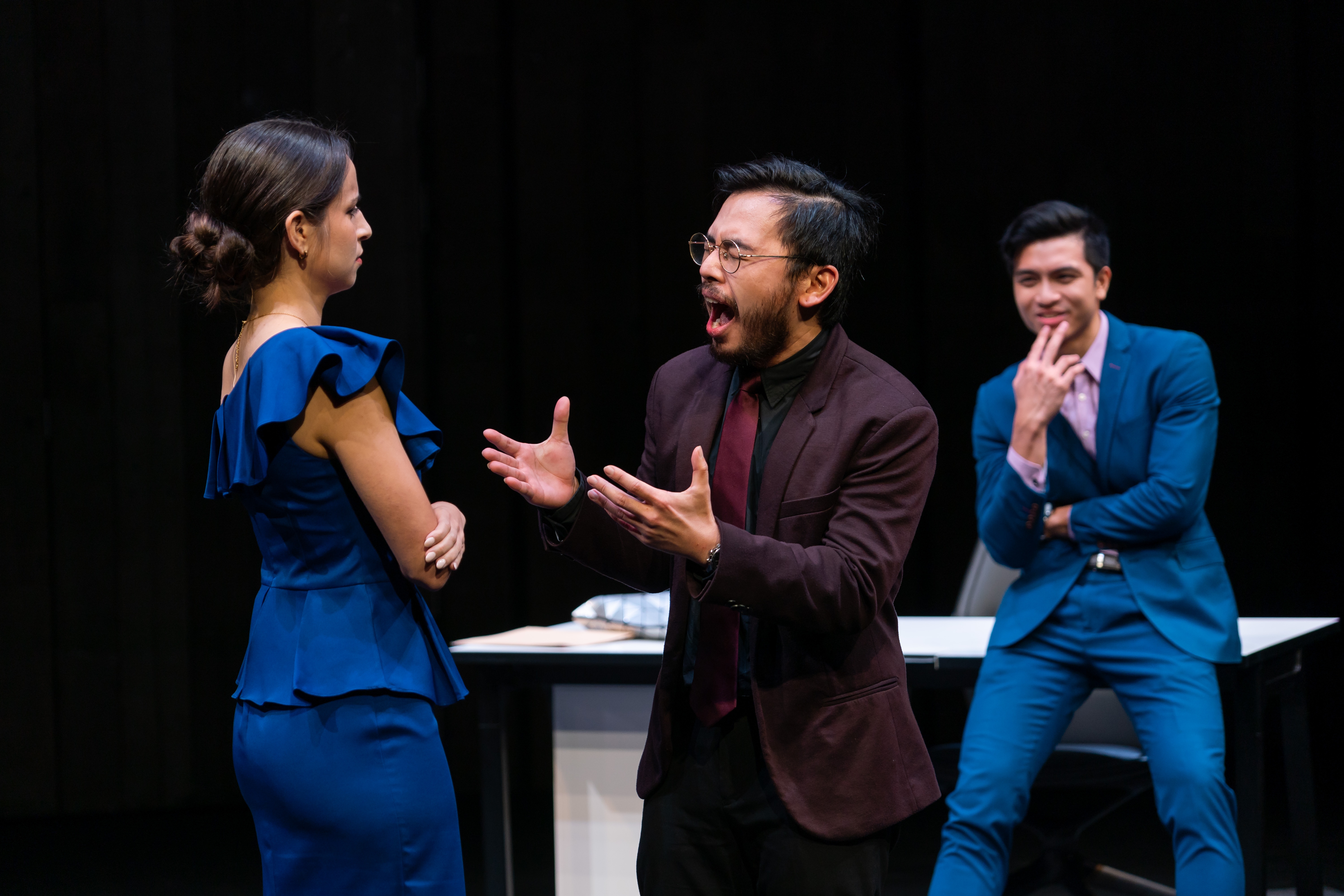 Right from the beginning, we see Isabelle (Selma Alkaff) and Thomas (Dennis Sofian) enter, and the stark disparity between them is obvious; Isabelle is dressed in an elegant, fitted blue dress and carries an Issey Miyake Bao Bao, while Thomas wears…well, the best suit he has. It’s immediately obvious how Isabelle looks down on Thomas for his appearance, judging him for his clothing as they engage in banter. Tony (Brian Nai) then comes in while donning a smart blue suit, and immediately adds fuel to the fire by criticising Thomas’ suit.

This final push gives the infuriated Thomas the ammunition he needs to fire back at Isabelle, an explosion of anger born from a deep-seated rage inside him. Even the mildest of people will burst when riled up enough. The dynamics have now changed, with Thomas daring to stand up for himself even after being knocked down, as they vow to go all out to impress the boss. 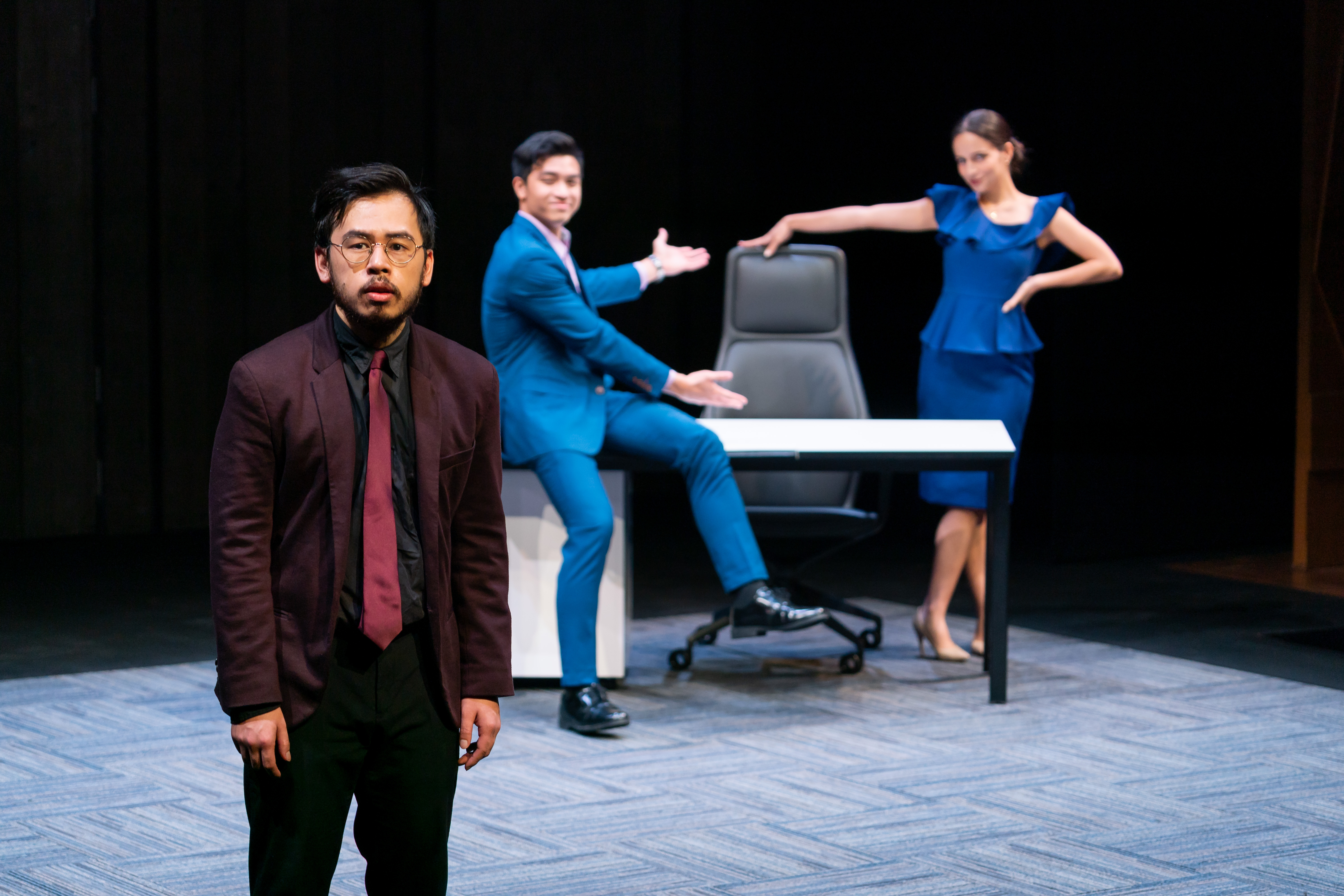 Being a fan of reality TV shows, this certainly felt like one. Two against one aren’t the best odds for Thomas, and Tony bites back by questioning him about his nationality and how he was brought up. As they continue to push each other to the edge, we begin to wonder who exactly is telling the truth in this ‘game’, as they backstab their way to the top. Goaded into taking up dares and challenges as a form of psychological manipulation, Thomas is at the mercy of his colleagues, as they manipulate and bully him into submission.  Even sexuality is used to take advantage of the situation, bringing out Thomas’ insecurities by accusing him of being sloppy, unable to dress or speak well, and simply make him feel bad.

Watching him tortured to the point he’s tempted to tap out is deeply uncomfortable, and Bull hammers home the idea that for some, the only way up the ladder, is to push others down. Sometimes, simply being of a different class and having a different lifestyle can be enough to bring out one’s deepest doubts and fears, knowing it’s impossible to reconcile or fit in with these other people. Director Victoria is not only blessed with a capable cast, but also brings out the cynicism and tension  as they each wonder who they can trust, or who they should be wary of. 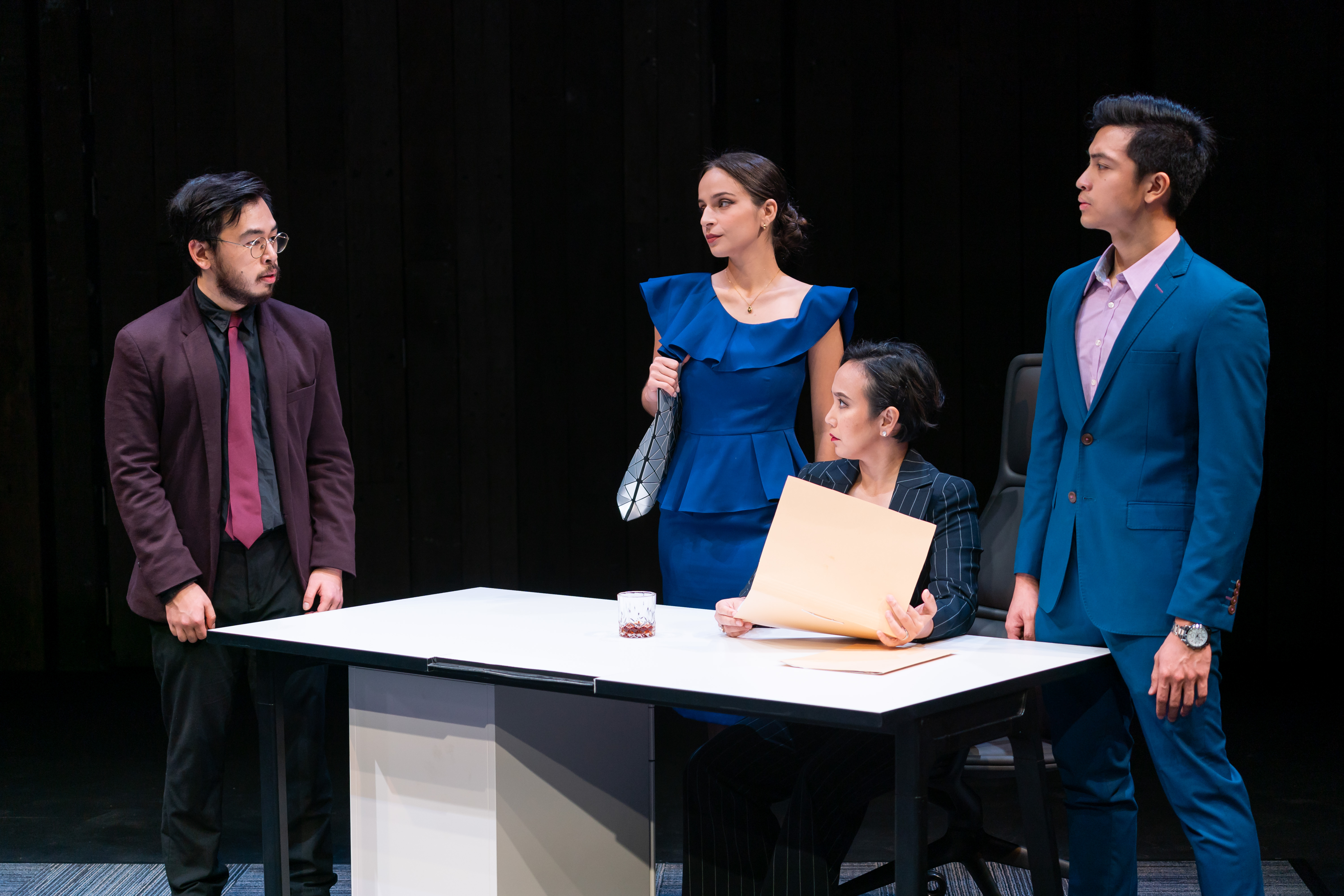 Bull’s climax comes to a head as their boss Madam Carter walks in, and the office politics come out in full force, as each employee gives a different rendition of what has happened. While it did play on many familiar stereotypes, these came together well to bring out the ferocity of the scene, and it was obvious from the get go what the final decision would be. Oniatta Effendi is an interesting casting choice for Madam Carter, as a privileged Malay woman in power, and having the chance to change the system or maintain the status quo with her decision. While her time onstage is short, she leaves leaves no doubts that she’s the one in charge with her commanding presence, stating how she deserves a drink at the end of a long day. It all comes down to who deserves what, and as she addresses them, things are definitely not favouring Thomas, who goes into a tirade and exclaims “he is here to do a job not here to make friends”. Dismissing him without a care for his extenuating circumstances, we are reminded of the harsh truth that favouritism is well and truly around in this heartless world.

Isabelle smirks at Tony as their plan had gone without a hitch. There is a cruel streak to them as they offer a hug of solace for Thomas, adding insult to injury and compounding his misery as he is embraced by his enemies. Completely down and out with the odds stacked against him, it seems impossible that he will ever get back on his feet again. The thought of me wanting to stand up and shout “STOP” and pick Thomas off the ground is testament to the performance, helped by good casting. As Thomas, Dennis’ performance makes us sympathise for him when he’s at his lowest, while Isabelle and Tony are the antagonists you love to hate, yet fear and respect for their ability to play the office politics game so well; Selma Alkaff’s performance is confident and assured while Brian Nai, despite being new to the stage, delivers his lines with aplomb and confidence. All four cast members enunciated well, and had a good grasp of their characters, embodying them fully as they moved about the stage. 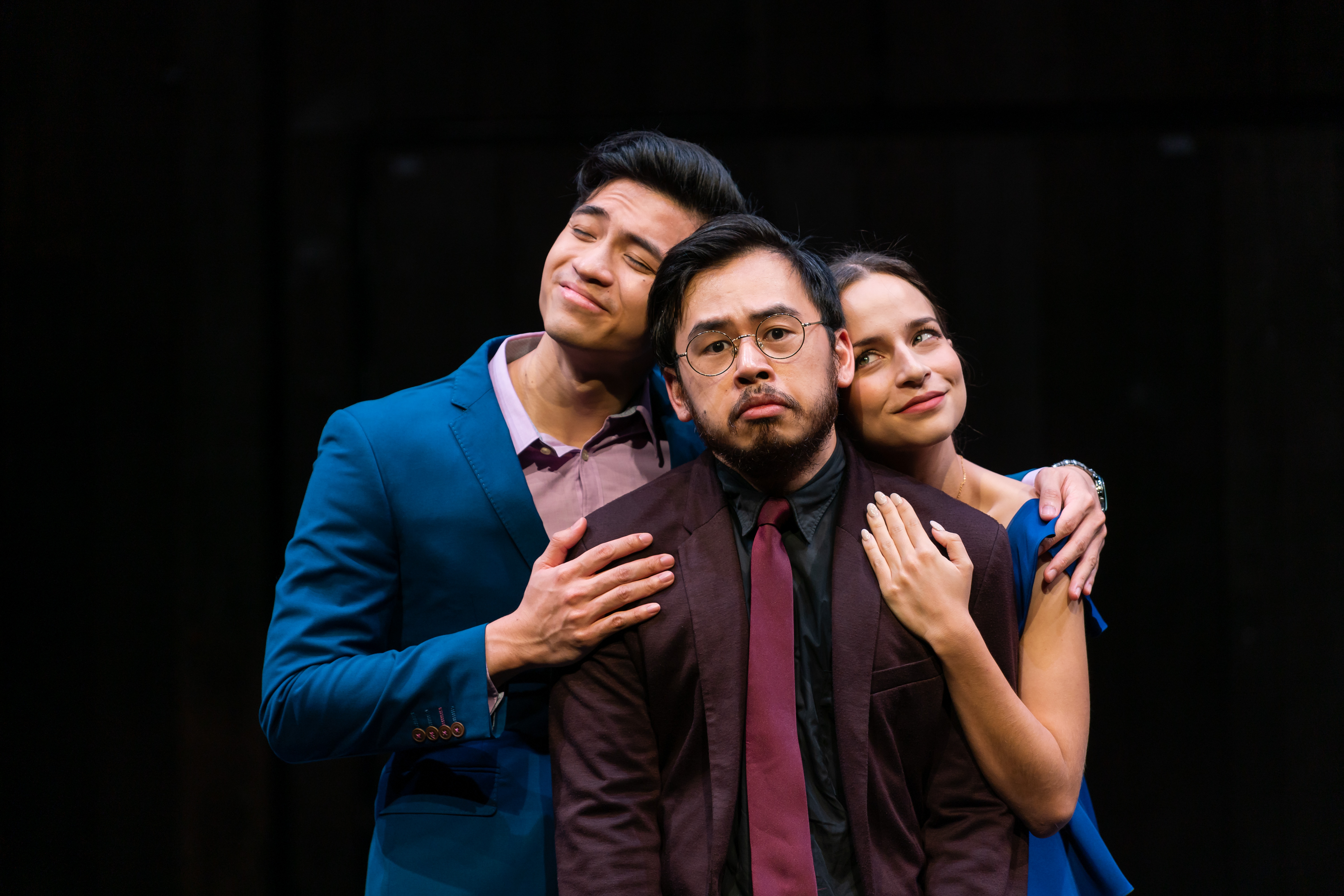 Bull is not an easy play to stage, and under Victoria’s direction, the up-and-coming theatremaker seems to fully understand the stage they were performing on, allowing every audience member a chance to have a good look at each candidate, and to judge for themselves who is the most deserving. We think about how cruelly practical the world is, making snap judgments without the human touch, or considering the alternative view that there is more to a job than those who ‘deserve it’. Often, what you see is not what you get, and just as deceiving as a mechanical bull is to ride, once you’re on the beast, you’re in for a bumpy experience if you even let down your guard for a second, much like how Bull left us tossed about on its roller coaster of an emotional journey. With Bull, Wild Rice’s Directors’ Residency proves that it is the right platform for giving young directors, and through Victoria’s vision, these young actors’ potential shines through, giving us hope for the future of the theatre scene.