Dance films provide a closer look at the human psyche and its effects.

Owing to its abstract nature, dance has been the art form that has most benefitted from transitioning to film during the pandemic. With Sides 2020, Frontier Danceland continues their exploration of the medium, with two brand new works recorded on film by Koo Chia Meng and streamed online, not only showcasing strong ensemble work from the company artists, but also introducing unique film techniques and transitions that add to the atmosphere of each work. 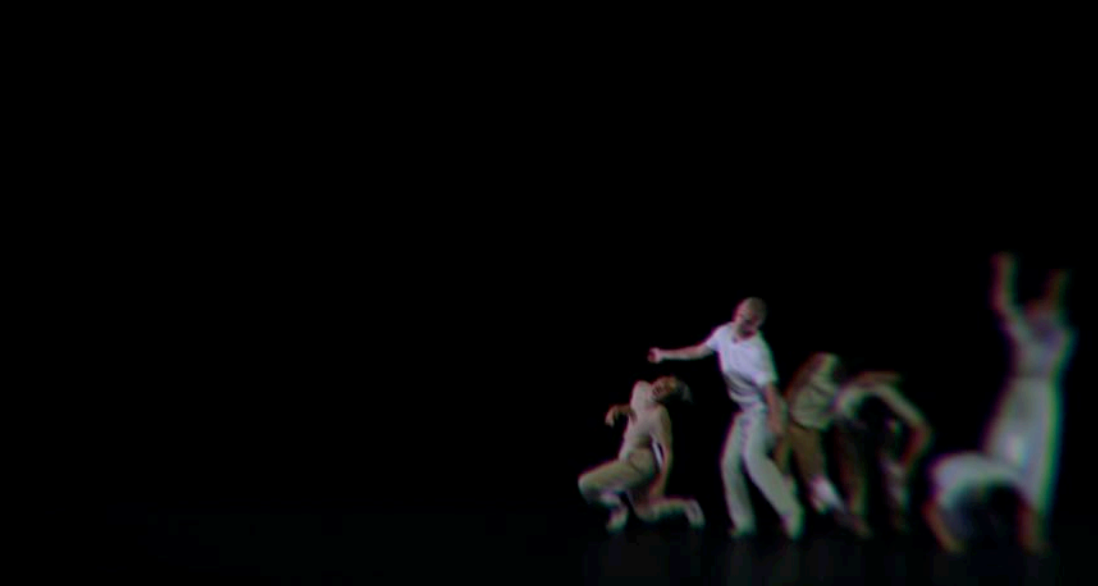 The double-bill opens with Zhuo Zhihao’s B(_).I(_).O(_), a work that ‘ruminates on life through a microscopic world’. We begin with Ma Yueru dressed as a scientist, considering what exactly it is that makes us human. As she peers through a microscope, we see the six company artists (Yueru, Keigo Nozaki, Sammantha Yue, Mark Robles, Tan Xin Yen and Konrad Plak) moving like micro-organisms, writhing on the floor. Syncing their movements up, they form shapes, linking up and walking the space, while a blurry, shaky camera mimics us observing them in a petri dish. Often, there is the distinct feeling of unease as the dancers continue performing, where they seem almost like phantoms trailing across the dance floor, their image coloured in and translucent as a whirring noise fills the background, as if the scientist is experimenting on them with new stimuli. 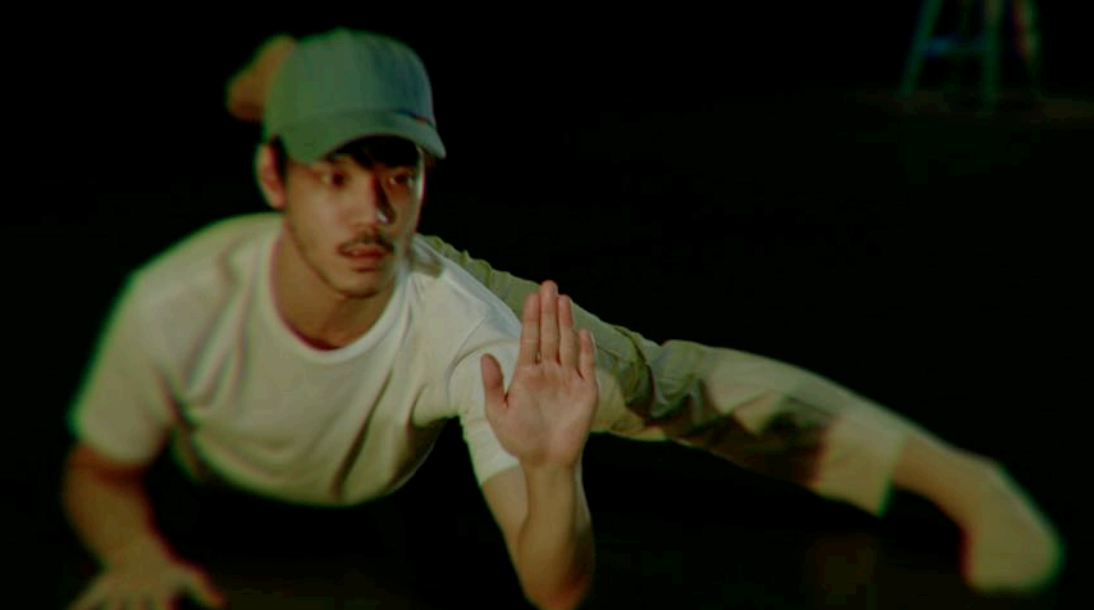 Throughout the performance, we break into individual segments featuring members sharing their life stories, and reflecting on how their experiences have shaped their decisions and choices. Keigo Nozaki, for example, explains how he started out in ballet by watching his sister receive gifts each time she completed a class. He considers the ‘carrot’ reward system, as he attempts to bite a literal carrot swinging in front of him, and the dopamine such rewards activate in our brains. Performing a robotic dance, we wonder how much of our responses and behaviours are pre-programmed, or truly determined by conscious thought. 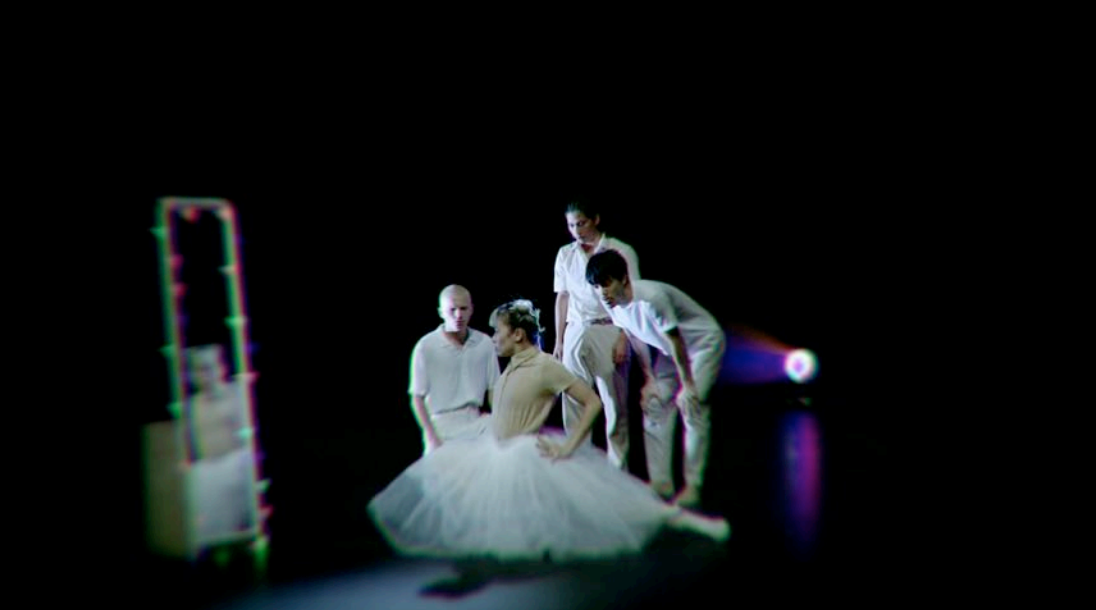 At the heart of the performance is really the question of dancers finding meaning in what they do, and if they truly have any agency or not. In another scene, Tan Xin Yen looks surprised to be wearing a tutu, while the male dancers express words of admiration and chase her around as she performs a strange form of ballet mixed with contemporary dance, almost commentary on how audiences appreciate shallow elements rather than the art itself. In a more absurd, wryly humourous scene, Mark Robles plays a diva-type person rehearsing for a concert with his ‘backup dancers’, with a mic (a carrot) in his hand as he sings a song about ‘what’s the point of being cynical’. Sammantha Yue falls unconscious, like a dead body, as the rest of the dancers attempt to revive her with eerie smiles on their faces. 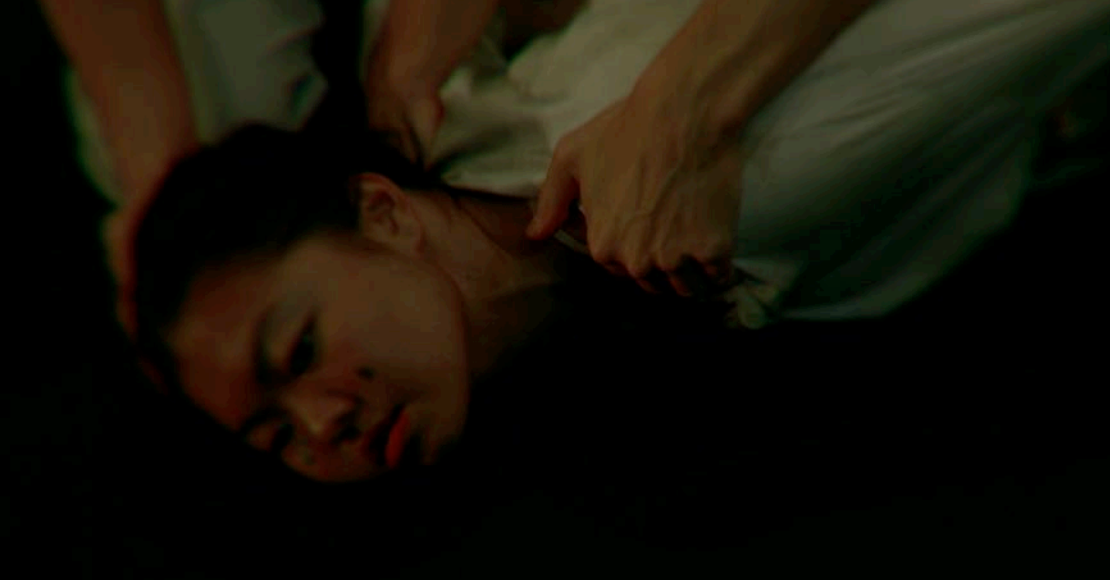 All of these seem to add up to a simple conclusion – the more we observe, the more we realise that the human condition is far too big to encompass and answer in a single, 30-minute dance film. The complexities of emotion and agency are complicated matters to grapple with, and B(_).I(_).O(_), for all its imagination and theatricality, only begins to scratch at the tip of the iceberg, offering smatterings of truth hidden somewhere between its absurd and surreal scenes. 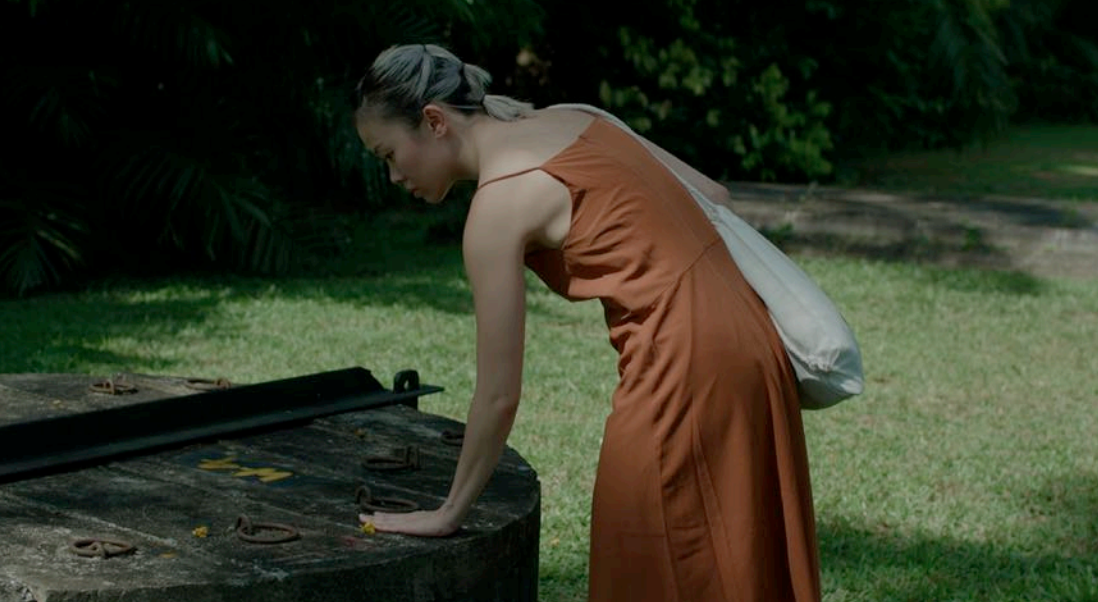 In Chew Peishan’s Apple Diary, Tan Xin Yen takes centrestage as a woman who has suffered some form of trauma, and attempts to grapple with it and heal by confronting the past. Travelling back and forth through time (as indicated by dates and weather conditions scrawled as ‘diary entries’), Apple Diary differs from the first piece in that most of its scenes take place outdoors instead of in a studio, and requires far more emotional output from the dancers, almost like acting. 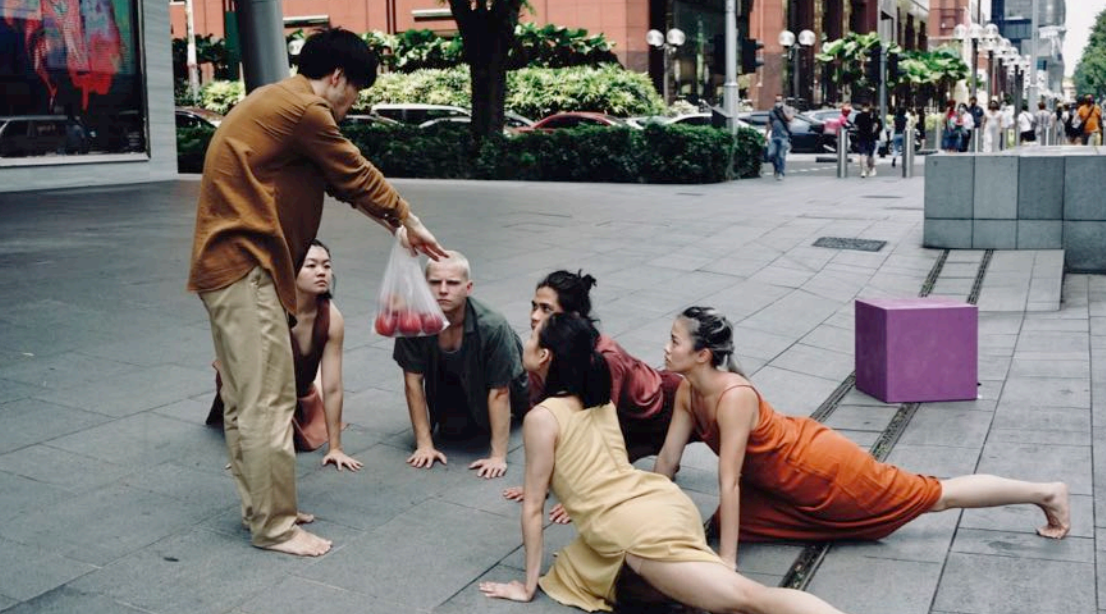 A trigger as simple as touching the surface of a sealed well causes her to think of a charcoal drawing she makes, her hands stained black as she etches out the image. Segueing into a scene at Orchard Road, the dancers seem to be led by Keigo Nozaki, as they move in unison and in group formations, almost cult-like in how obediently they follow. This is further emphasised by how Keigo offers each of them an apple at the end of the segment, as Xin Yen refuses to eat it, and falls into this surreal moment where she confronts Keigo head-on, an apple in her mouth preventing her from speaking. 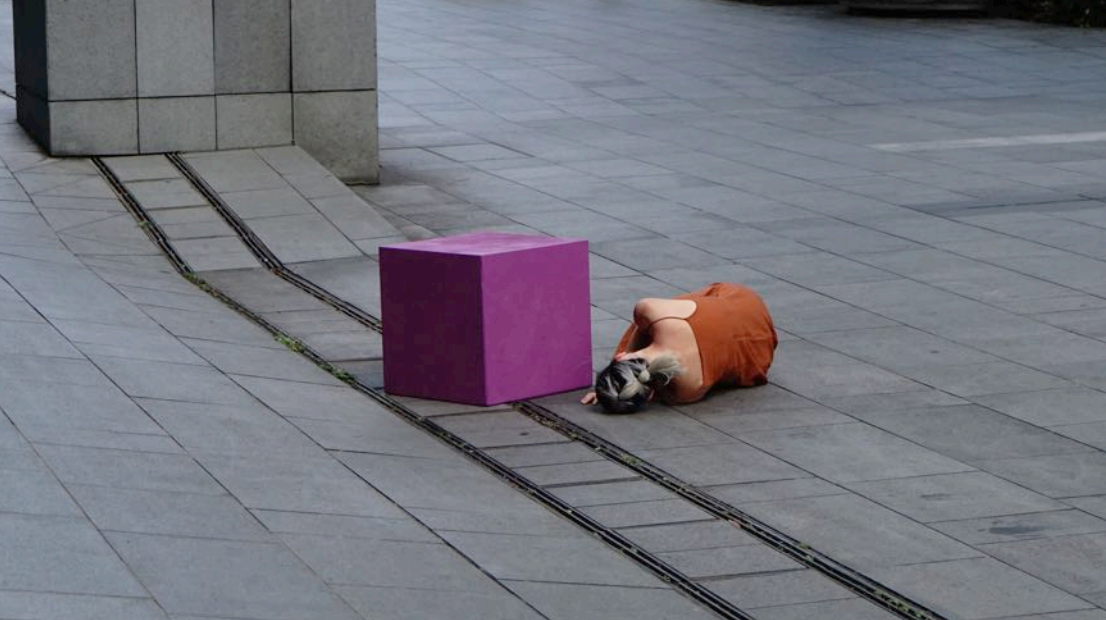 Sitting across from each other at a white table, it seems like an attempt to connect and understand him better. There are innovative moments of power play here, as Xin Yen’s finger is blocked from reaching Keigo, who puts a foot up to barricade her from going further. The apple is removed from her mouth, as they begin to toss it back and forth from each other, more and more frantically, as if Keigo is attempting to shift the blame back to her, while she continually attempts to  confront him about it. 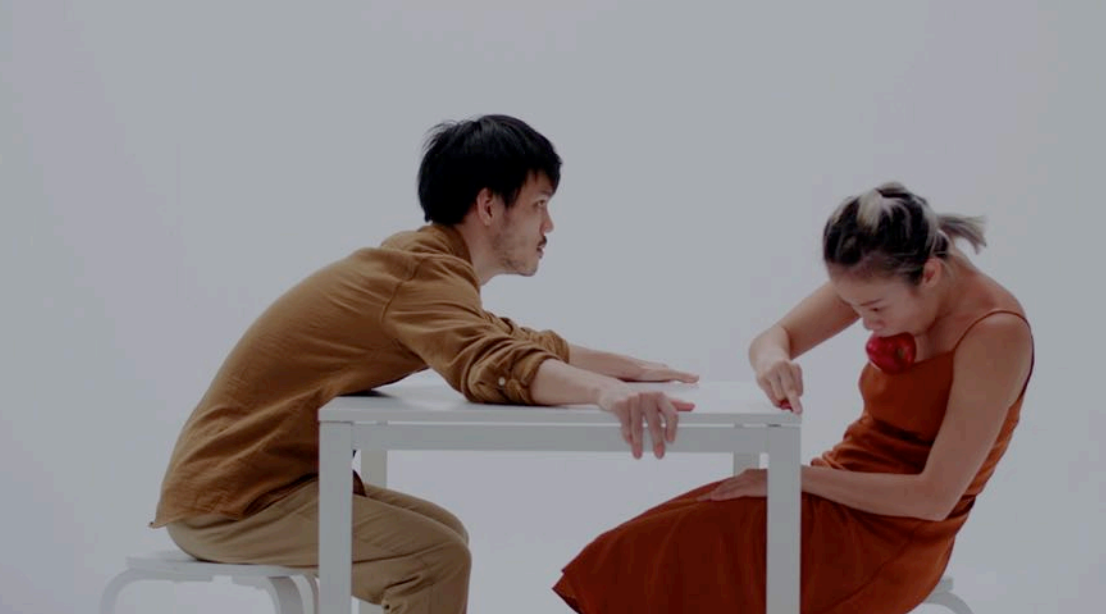 Towards the end of the film, we see Xin Yen immersed in an entire bathtub full of apples, immersed in her own trauma while a plastic bag is on her face, before we flash between scenes of a surreal picnic, where all six dancers are eating apples and apple products. We fade in to the dancers, now standing in front of an entire wall of the charcoal drawings from before, tearing layers away to reveal apples hiding behind them. She seems overwhelmed by the trauma, dancing away and wallowing in it while putting on a VR headset, before a new scene sees her rise from the tub, gasping for air as an apple rolls off screen, and rolling towards her shoe in the present day. While she may not have received closure for her trauma, she decides to walk away, and move on for her own sake.

SIDES 2020 as a whole furthers Frontier Danceland’s exploration of film as a medium during these pandemic days, using it as a means to delve even further into the surreal potential of the art form as a means to express the human condition. While neither of these works offer an easy answer as to what makes us tick, through these performances, there is an undercurrent of emotion and the message that it is the sum total of our traumas, our inspirations, our fears and our idiosyncrasies that make us who we are today.