Iman Fandi has almost always taken after her parents. Born the only daughter of local football star Fandi Ahmad, it was perhaps no surprise that she excelled in sports, having attended the Singapore Sports School as a track and field athlete. But couple that with her experience in the world of fashion and modelling since her early teens (following in the footsteps of her mother Wendy Jacobs), and you could say she inherited the best of both worlds from her celebrity parents.

But all that might be about to change, as the 20-year old Iman is finally stepping out and establishing her own name in a new industry untouched by either parent – music. 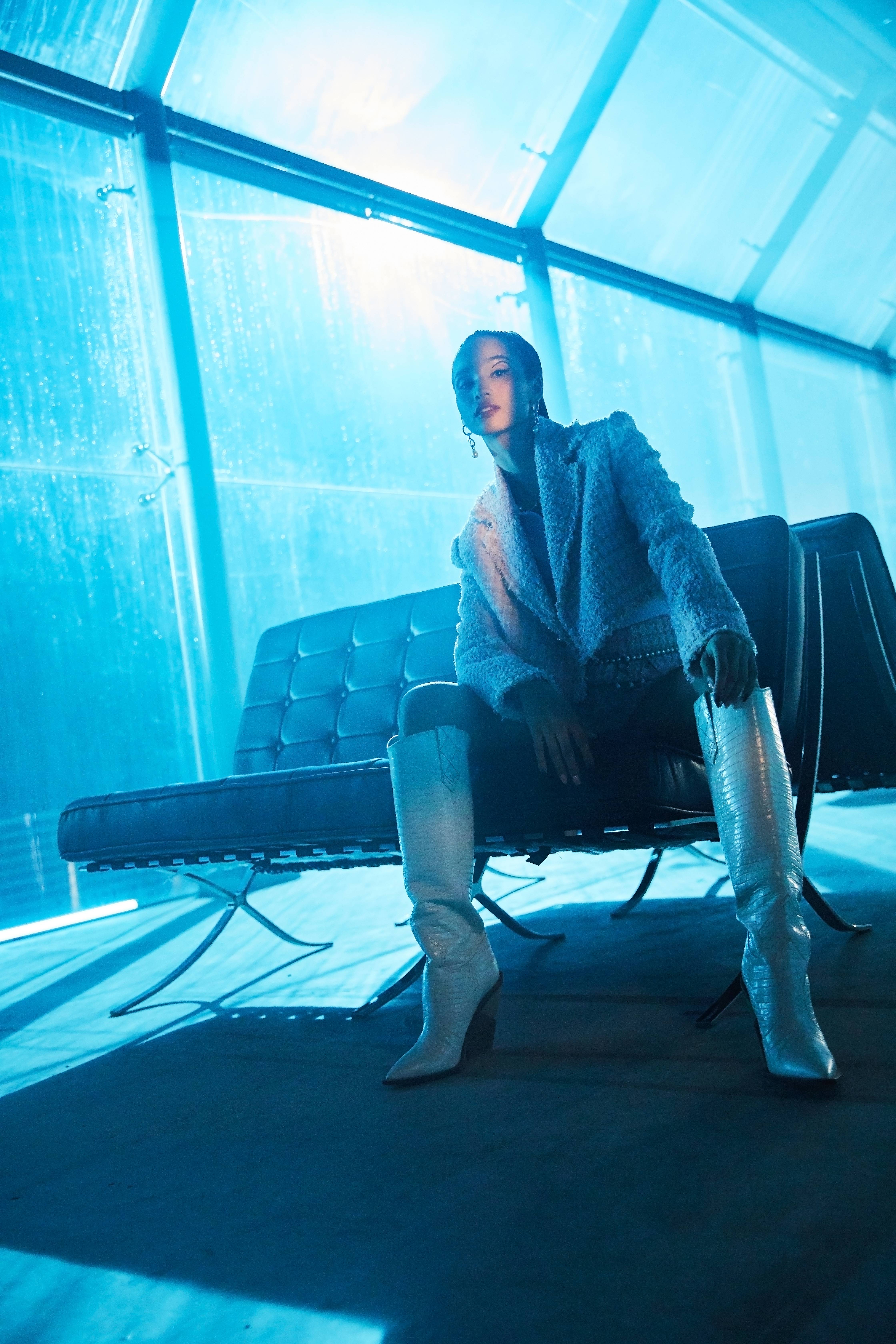 “But I’m really taking things into my own hands, learning as I go, and thankful for all the support I have as I keep pushing myself further.”

“Growing up, I was already exposed to the media at a young age, and it’s a little nerve-wracking to come into the music scene like this,” says Iman. “I don’t have a formal musical background, so I never learnt how to sing. But I’m really taking things into my own hands, learning as I go, and thankful for all the support I have as I keep pushing myself further.”

“At first, music was just something I was passionate about, whether it was as a hobby, singing karaoke, or dancing,” she adds. “That eventually led me to this new chapter I wanted to explore, and to pursue it professionally. I told myself I had to find the right time to do it, but I realised that if I kept thinking about it without acting, then I would eventually regret it. Even with the COVID-19 delays, I eventually managed to find the right team to help me get to this stage, and so far, everything has been going well!” 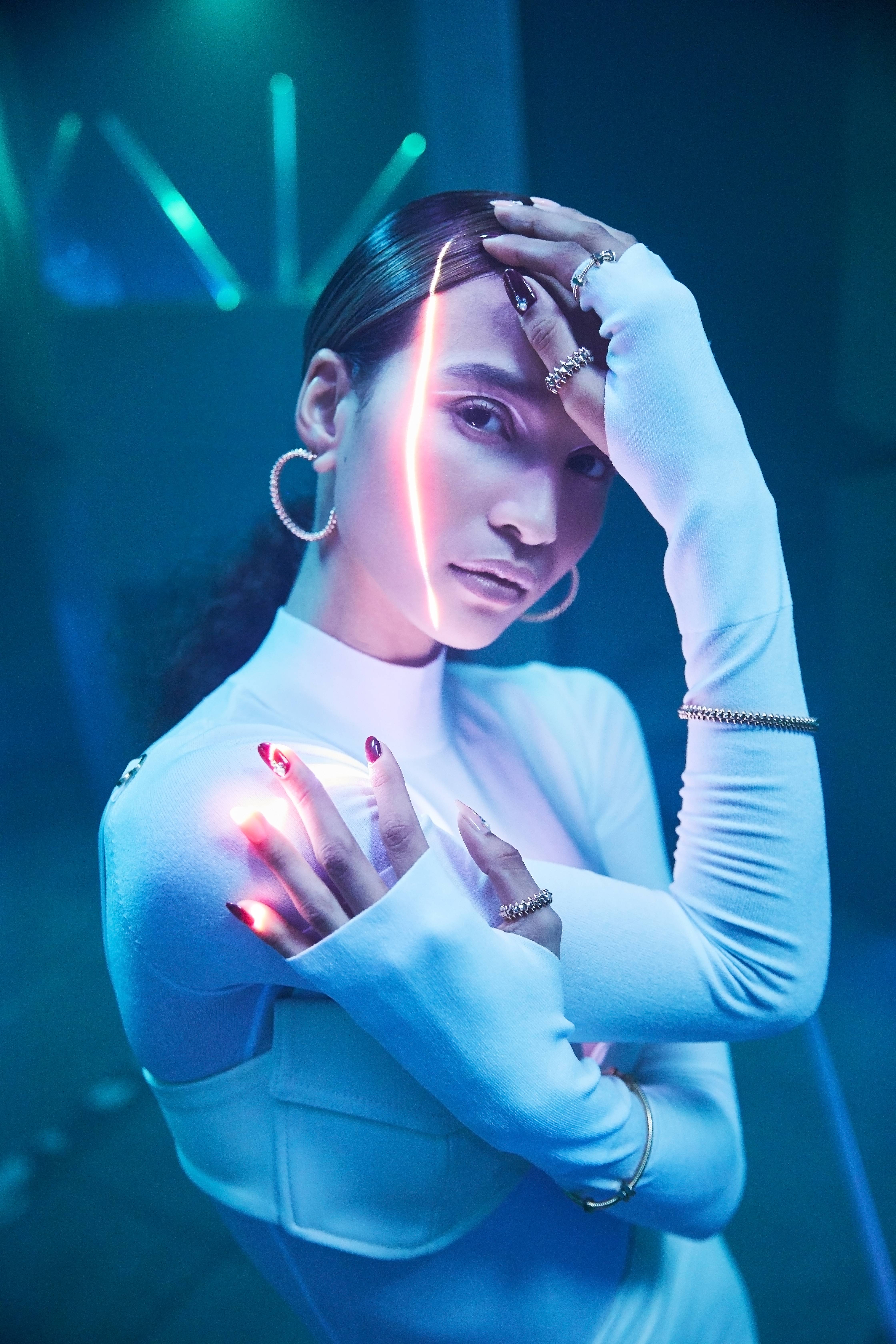 “Music, for me, is a way of expressing myself,” says Iman. “In pursuing music, I wanted to write and perform songs that would relate to people.”

Scouted as a star in the making, Iman has been signed by Universal Music Singapore, and looks set to take the world by storm with her debut single ‘Timeframe’. Written by Iman herself, ‘Timeframe’ clearly establishes the starlet’s sound with its R&B influence, her voice youthful but clear. She sings of being stuck in a metaphorical car going further and further away as she realises the growing distance between herself and her closest friends, and the heartache of saying goodbye.

“Music, for me, is a way of expressing myself,” says Iman. “In pursuing music, I wanted to write and perform songs that would relate to people. ‘Timeframe’ feels a little like a page from my journal, where it can be interpreted either as the pain of a long distance relationship, or the pain of simply saying goodbye. I like to think it’s not just relevant to me, but also to most of my listeners.”

The single was released on 19th February, as produced by Singaporean hip-hop luminary Flightsch and mixed by 13-time Grammy-winning engineer John Hanes. An accompanying music video which was released alongside it has, at the time of writing, received over 52,000 views on YouTube.

Directed by Choānn, the six and a half minute video is a production in and of itself, taking on a surreal, dream-like narrative, as Iman grapples with her inner fears. From waking up to a man filming her in her sleep, to the uncertainty she feels as her character inherits a ‘chocolate factory’, all this seems to point to the apprehension she feels towards this bold new step in her career, the role of the media, and the eventual turnaround and confidence she gains. It helps of course, that she’s also styled to the nines and shows off some smooth moves during the video, with references to her experiences across sports and fashion. 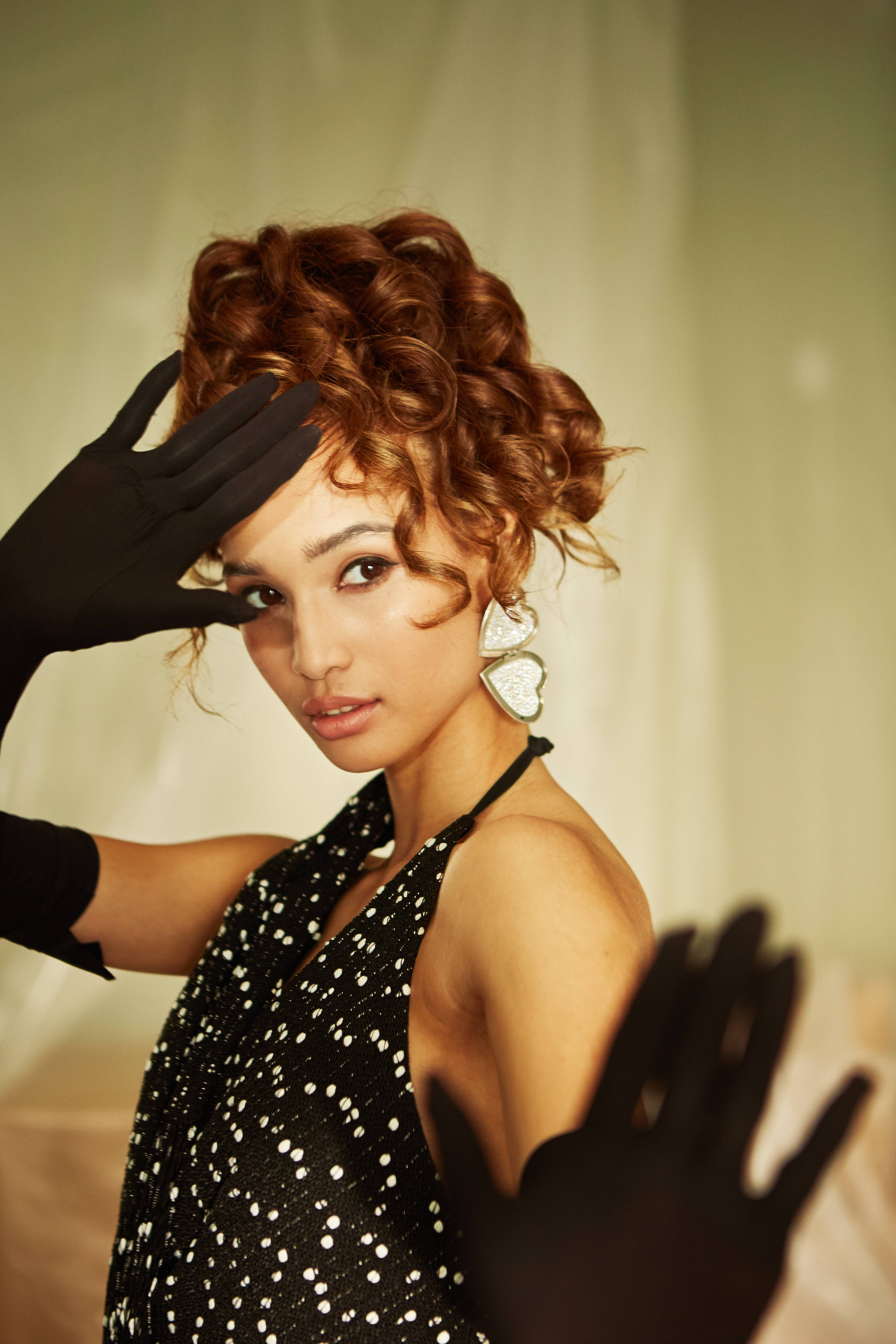 “But in fact, it was more about myself being in this journey as I fight to be strong for myself, in spite of negative comments, and to get through whatever life throws at me.”

“When I wrote this song, I was in a taxi, and I thought about this image of being stuck in a car without support,” she explains, of ‘Timeframe’s’ origin. “But I kind of made it more romantic, with the idea it was about a lover, but in fact, it was more about myself being in this journey as I fight to be strong for myself, in spite of negative comments, and to get through whatever life throws at me.”

“I left the music video completely in my director’s hands, mostly because it was my first time filming one. And as much as I never thought I’d be the kind of person who likes long MVs, this one really didn’t feel too long, and the whole team did an amazing job of it,” adds Iman. “As for the chocolate factory storyline, I saw it as representative of the pressure that’s on you all the time, but eventually to be allowed to show off your vulnerable side towards the end.” 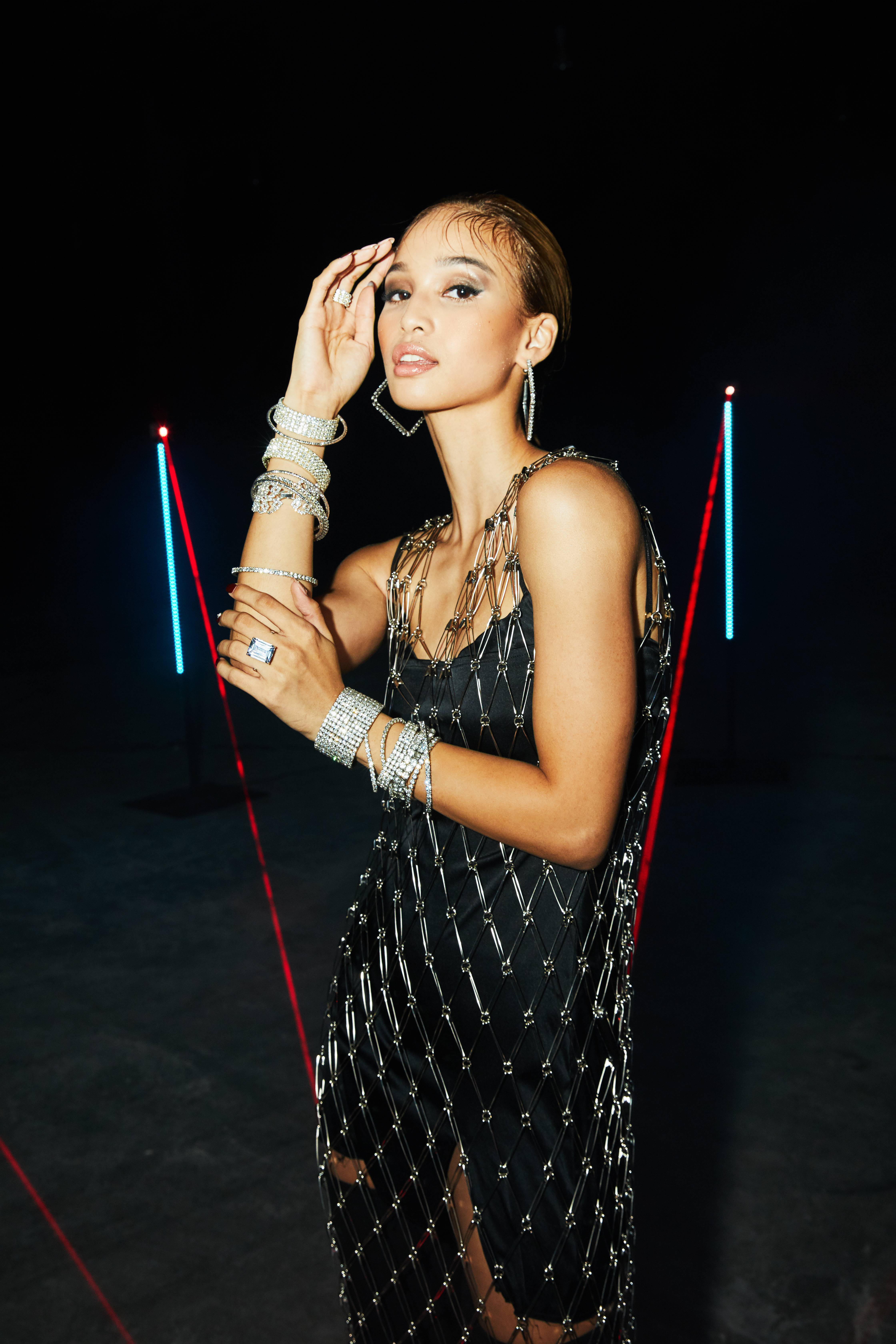 “When I was younger, I was exposed to different genres of music because I was a dancer, and you realise that beyond the lyrics, there are times that all that really matters in a song is the melody and production, and something you just end up feeling rather than having to understand fully,” Iman says.

“By using my music as a personal journal as I share my experiences, there’s this hope that I connect with others through it.”

“By using my music as a personal journal as I share my experiences, there’s this hope that I connect with others through it, as if I’m telling them ‘hey, I’m going through this right now, and I totally understand.’ It’s different from just being a face on Instagram or television, and it’s a way of showing the world that I have this other side to myself and something to say.” 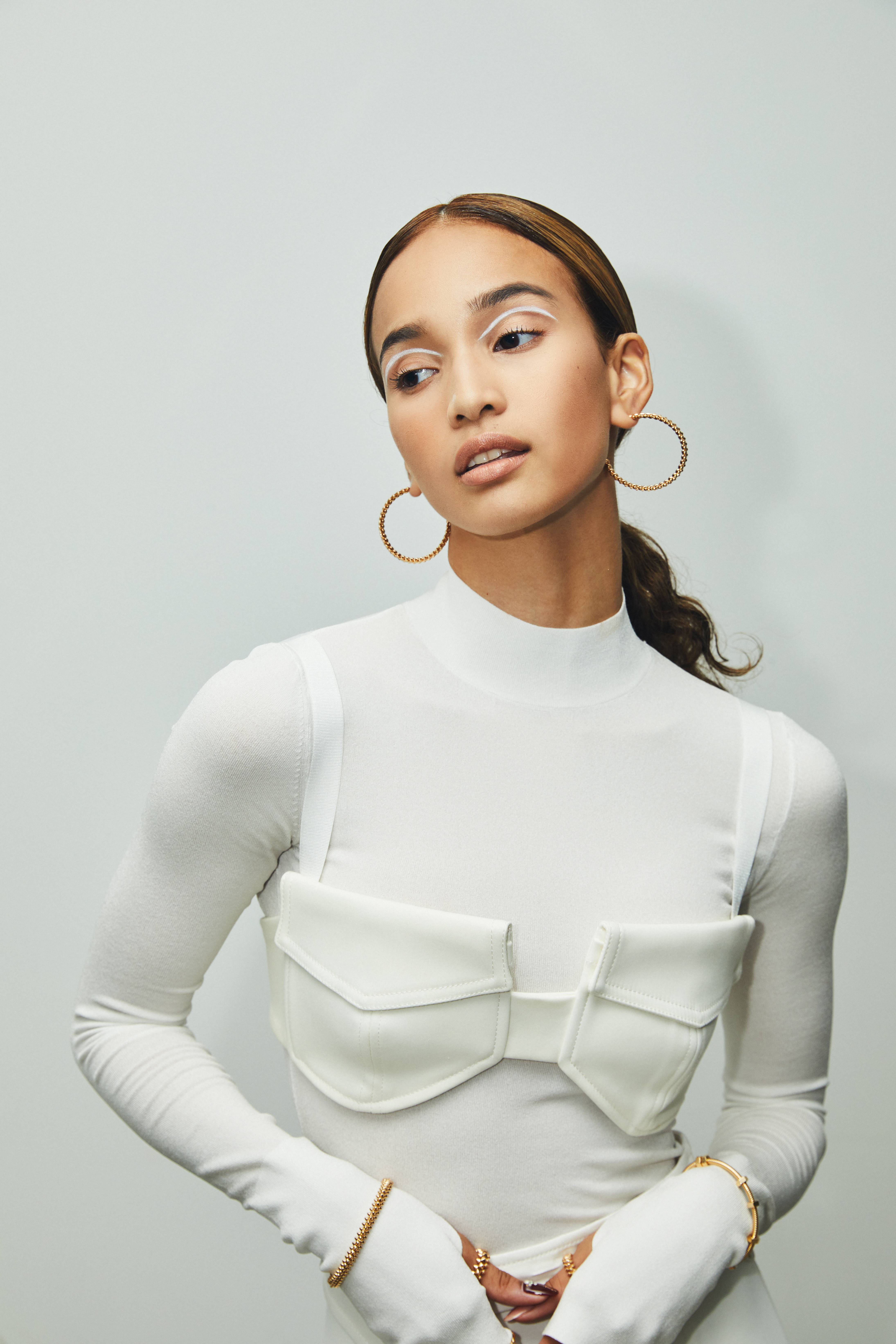 As much as she recognises the potential that others have seen in her, alongside her own natural talent, Iman isn’t going to rest on her laurels to get by, and aims to keep pushing herself to new heights. “Sometimes I think about it and I really am surprised. I never imagined that I’d get this opportunity, or that I’d be doing interviews with the media about my music,” she says.

“But I do know that for now, I’m comfortable, and that all I have to do is keep fighting for myself.”

“As a young musician, I’m still trying to figure out who I want to be and what I should do. But I do know that for now, I’m comfortable, and that all I have to do is keep fighting for myself, and use the support from my team and family to become better as they share in this experience, and walk with me into this new chapter of my life.”

0 comments on “The Banter: Iman Fandi finds her voice with her music career”