Nikki Muller shoulders the highs and lows of womanhood in this harrowing one-woman show.

Over the last few decades, the gender equality movement has made leaps and bounds, with an increasing number of women in power, more male sex offenders brought to justice, and overall, a general recognition that women today are in a much better place than before. Amidst these hopeful, headline-worthy updates though, there are times we forget that there is still more change to be done, not just in terms of resolving the problems brought on by sexism, but nipping the core problem of gendered perceptions, stereotypes and expectations in the bud. 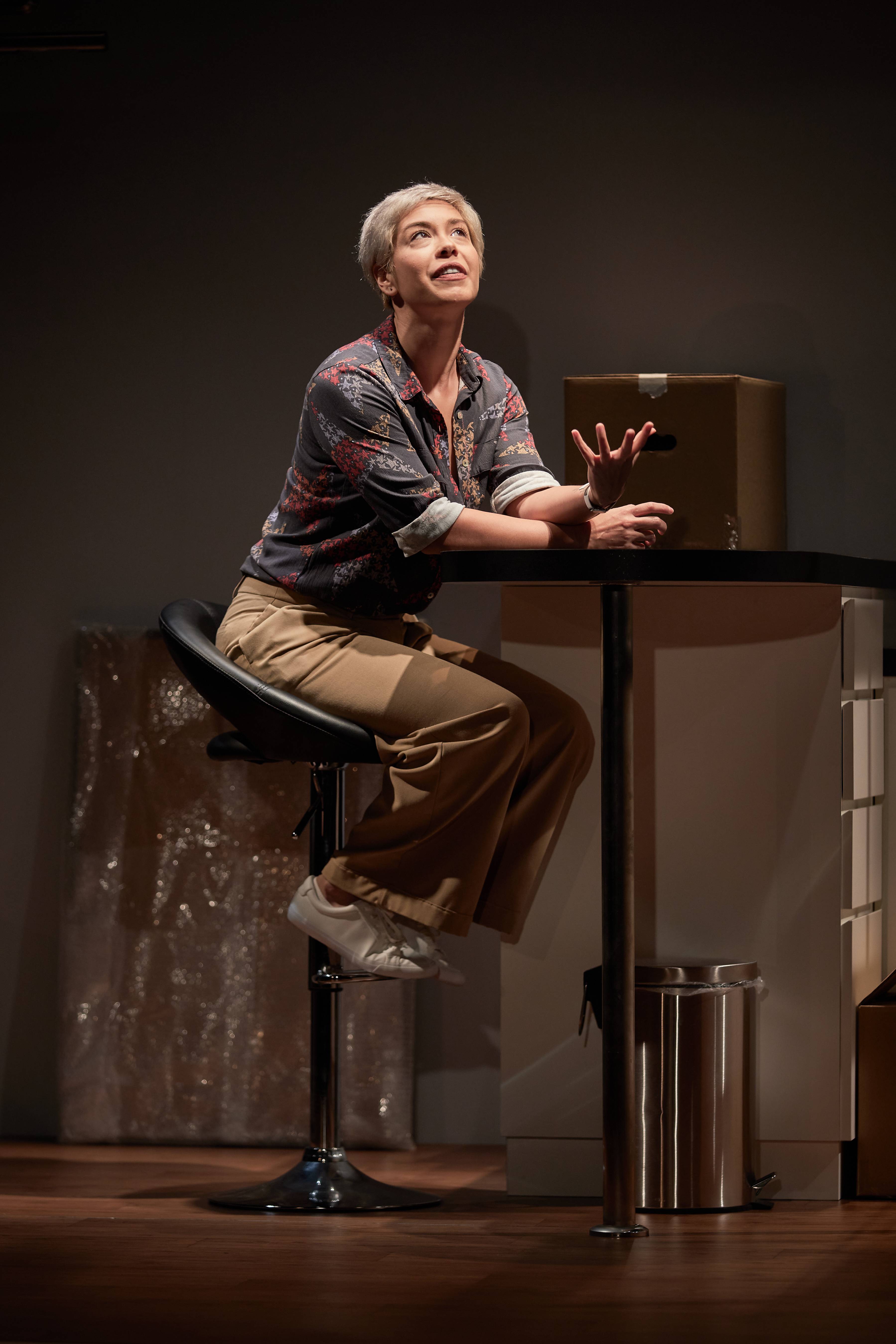 In Pangdemonium’s staging of Dennis Kelly’s one-woman play Girls & Boys, Nikki Muller stars as an unnamed working class British woman who seems to have it all. Directed by Tracie Pang, our protagonist is effortlessly witty, consistently breaking the fourth wall as she tells us about her life, where everything seems set for her. She recounts to us the amusing story of how she meets her loving and supportive husband, works her way up from PA to film executive, and of course, the joy of playtime with her two beautiful children. She is unabashed, unfiltered, and exuberant.

This is a story that Muller tells with glee, as if sharing a drink over Sunday brunch, her familiarity breeding endearment to the character. It helps that for the most part, she’s telling it from the comfort of her flat (designed by Wai Yin Kwok) – a sparsely-furnished home with cardboard boxes stacked up, allowing us to always focus on her telling the story. But as simple as it is, James Tan’s lighting allows the room to take on different facets to completely change the mood. From the melancholic blue glow from a television screen in the middle of the night, or a harsh white backlight beyond the confines of the room, highlighting how trapped she seems, we are always aware of her psychological state.

But happiness is fleeting, and throughout the play, there are constant hints of this, from the sound of a pendulum swinging to indicate time is running out, to incidents that leave hairline cracks on the picture-perfect facade. Her boss, for example, laments how she’s constantly at the receiving end of disparaging remarks – too old to be childless, and criticised again when she eventually adopts one. Even women in power, supposedly living in a world where things are getting better and with men that respect them, there are certain gendered stereotypes that have yet to be eradicated, still affecting and shaping our mentality and behaviour. 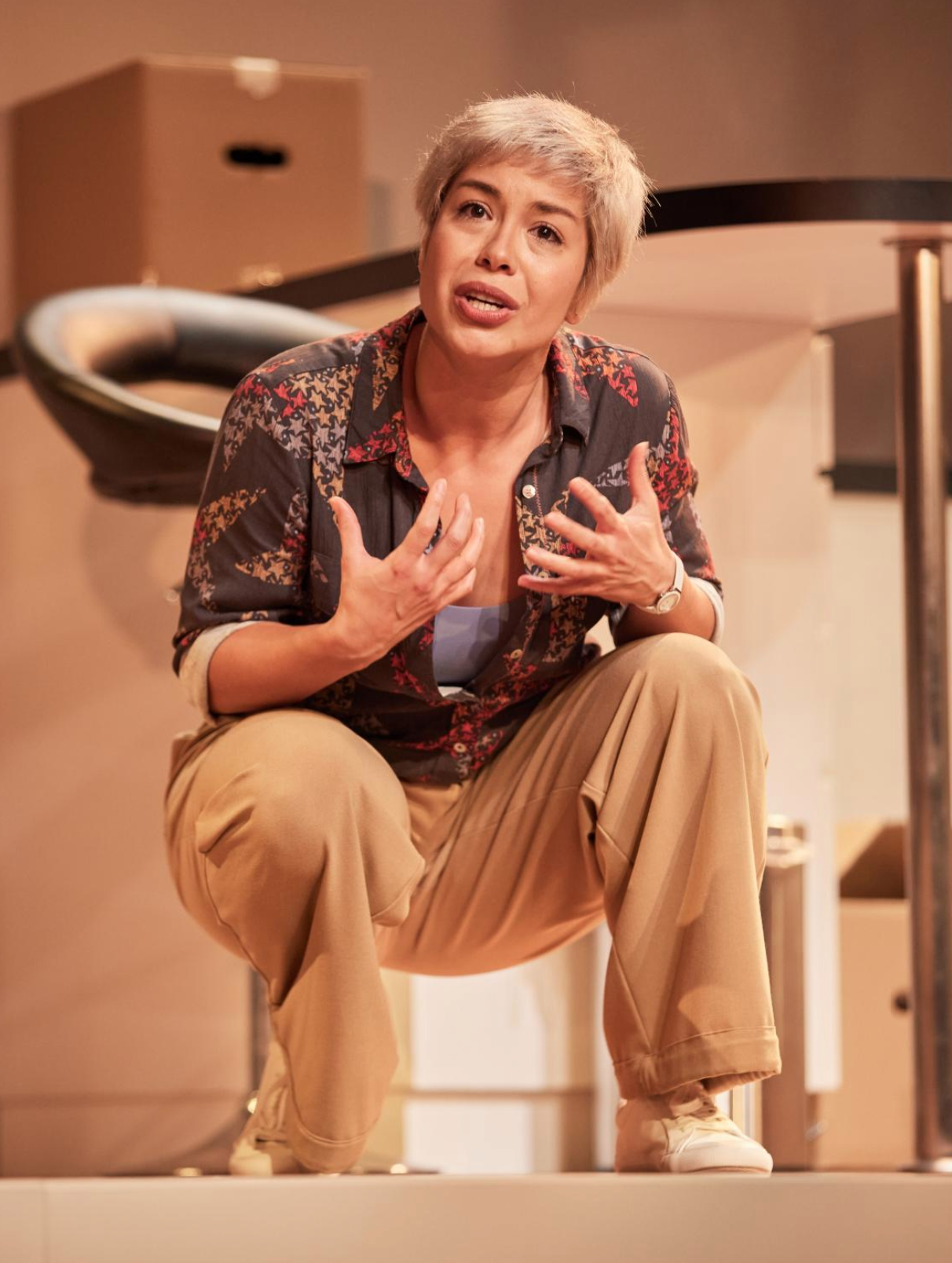 This theme of gender disparity is most clearly seen when our protagonist meets a male septuagenerian researcher bent on making a documentary criticising how our perception of male achievement is skewed, where there are just as many unreported failures as there are triumphs. Society, he posits, is built around the sustenance of male superiority (ironically, before he himself commits an act of sexual indiscretion). With short, cropped hair and donning a unisex shirt and pants, even Muller’s dressing reflects the way our concept of femininity and masculinity is changing today, and how that might stir fear and insecurity in lesser men. 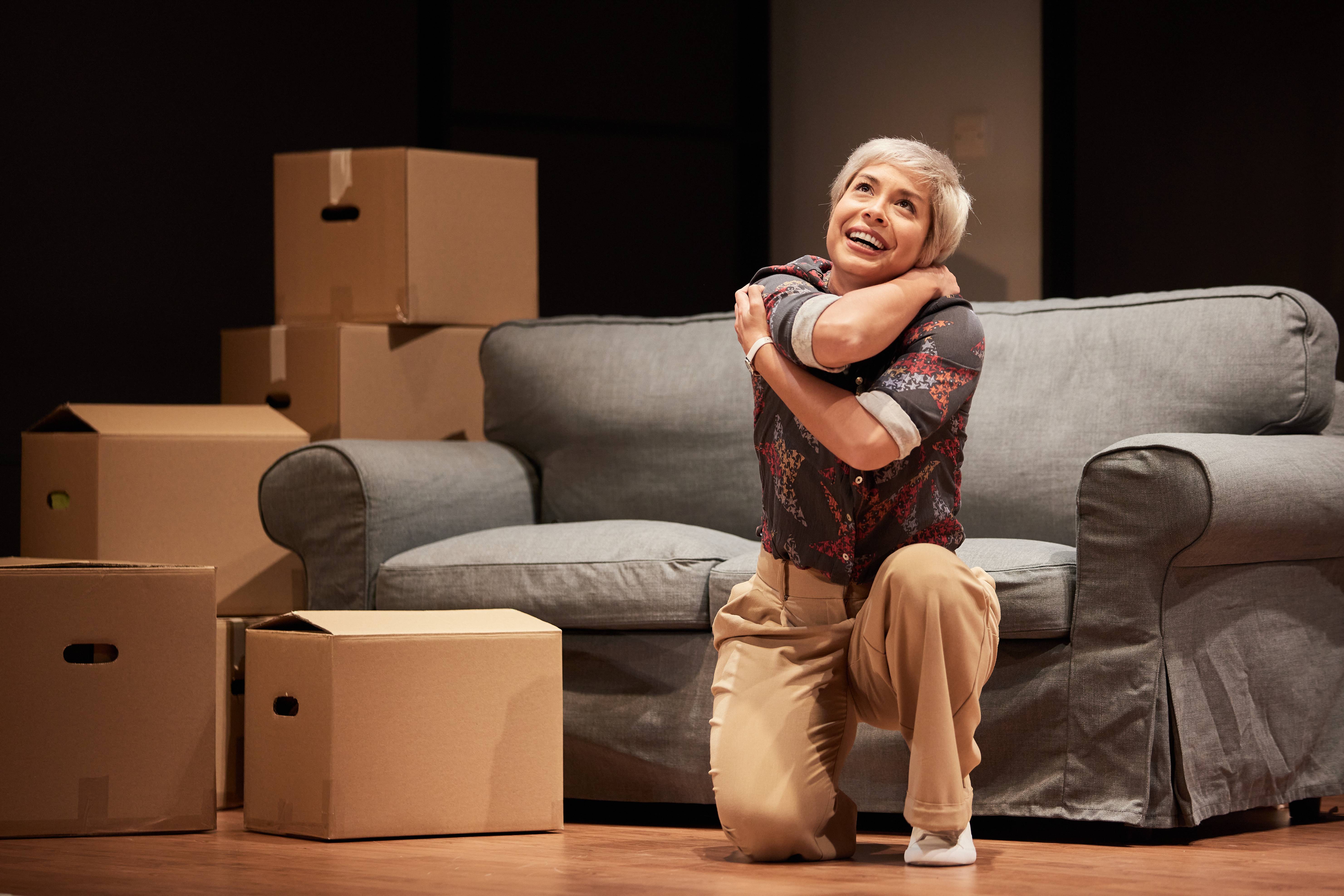 While subtle, playwright Dennis Kelly’s choice to touch on the many insidious ways that subconscious sexism continues to permeate our lives leaves a slow but steady impact on us the longer it goes on. By the time it reaches its conclusion, it is a play that has us reflecting on the many ways the dichotomy of gender affects the way we live and behave. From the contrast between her son’s destructive glee and her daughter’s emotional outbursts, we wonder if our personalities are shaped by the way society tells us we should behave according to our gender, and the difficulty of rebelling against that. There is plenty to ponder over regarding the toxic ways society has made gender differences such a cause for concern.

With the sheer amount of ideas, stories, and the range of emotions the script requires of its actress, it is a challenge for Nikki Muller to bring audiences on this text-heavy, character journey each time. But whether recounting happier times or expressing her fears, Muller excels, and keeps the performance buoyed with her verve and energy, allowing us to feel for and relate to her character. She nails her boss’ Scottish accent, and captures the difficult mix of exasperation and love on her face when dealing with her children, garnering our respect for the pain a mother goes through in raising her offspring, and executing her character to perfection. 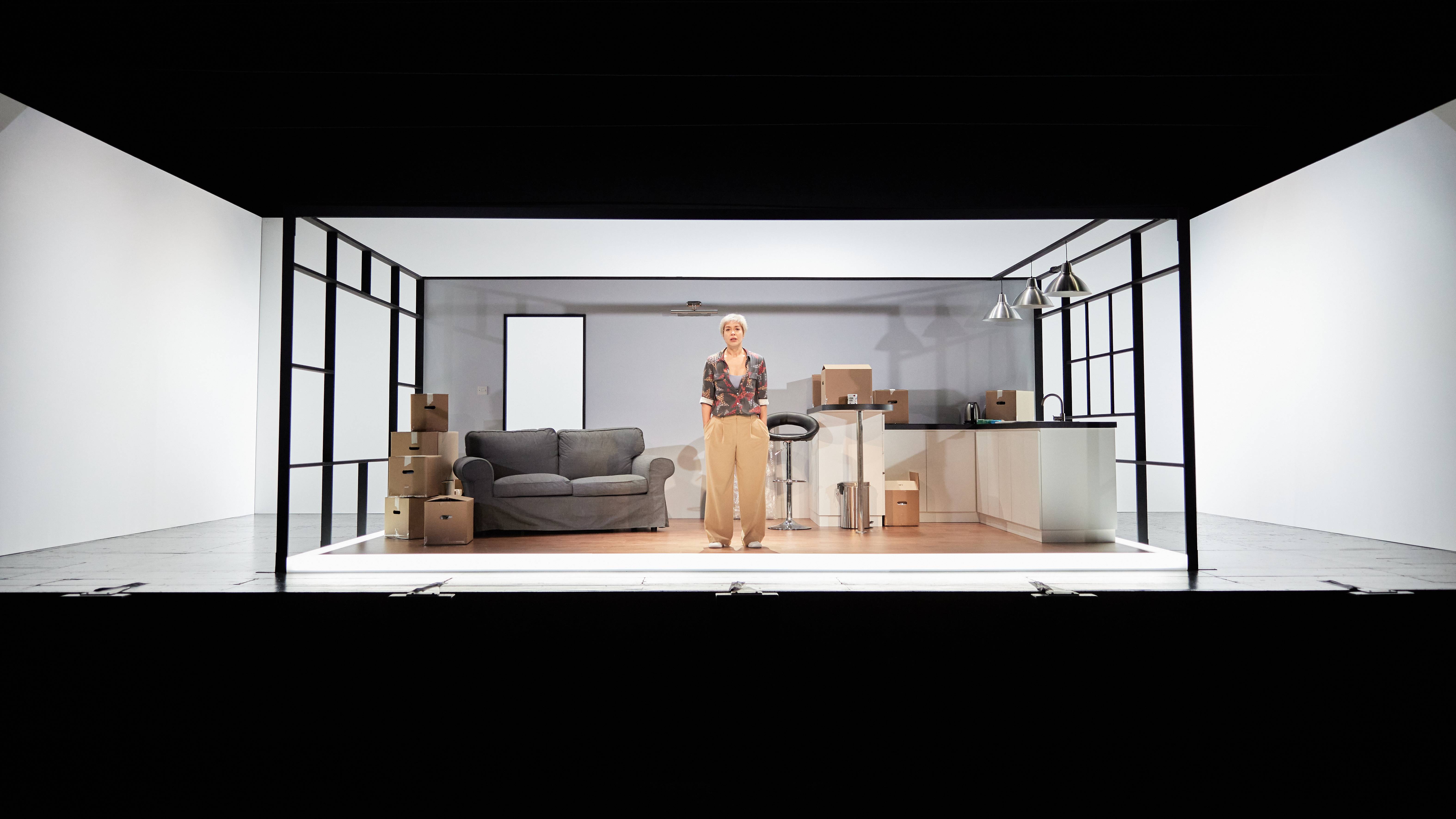 Under Tracie Pang’s lead, Girls & Boys shows clear direction and vision, and hits hard with its fiercely topical subject matter, all the more relevant in our high-achieving society filled with so many tiny insecurities that could push one over the edge. By the end of the show, there is an immense sense of loss and emptiness in the theatre, as we finally feel Muller’s solitude onstage, still alive but a broken shell of the sharp, energetic woman we were introduced to at the beginning. This is the modern tragedy of an ordinary woman just trying her best to make her way in life and be happy, and we wonder if her eventual loss could be preventable, if only society wasn’t so divided on the basis of sex.