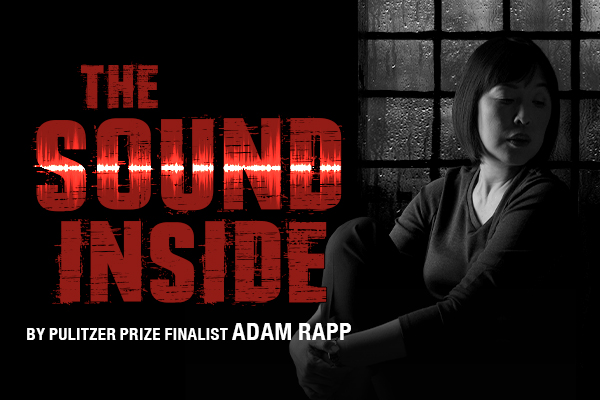 In 2020, the coronavirus pandemic has left many of us keenly aware of how difficult it can be cooped up in our own homes, and how thankful we were once we could have outside human contact and see each other once again. And now, with The Sound Inside, Singapore Repertory Theatre (SRT) starts their season off reminding us all of the power of the human connection.

Written by Obie Award winner Adam Rapp, The Sound Inside follows professor Bella Bird (Serene Chen), an accomplished professor at an Ivy League university who prizes her solitude. When Bella faces a problem she cannot solve alone, she teams up with Christopher John (Krish Natarajan) a brilliant, mysterious student.

Prior to the show, we spoke to young director Cherilyn Woo, and cast member Krish Natarajan, and found out a little more about what to expect from the play, the way they’ve worked, and how they feel about the theatre scene, as the next generation to watch. Read the interviews in full below: 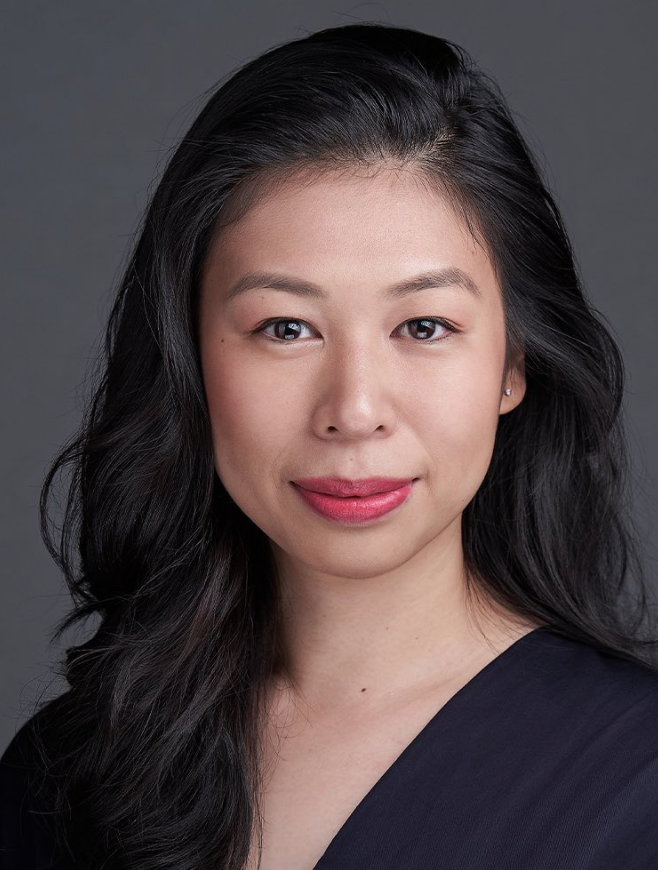 Bakchormeeboy: How different does it feel to be directing a mainstage production for SRT, as opposed to your stint during the directing residency and the TLC.shows?

Cherilyn: It’s great to be returning to SRT to collaborate again. It’s so nice to reflect on this journey I’ve had with them from being in the residency director to directing their TLC restagings and then directing a piece for their mainstage. It feels like a progression of this creative journey with them.

Bakchormeeboy: What were the main challenges of directing The Sound Inside?

Cherilyn: It’s the first time i’m doing a show with just two characters. In many ways it’s such a great opportunity to really dig deep into the characters. I think the challenge is really trying to excavate and uncover what’s behind the text. so much of the connection between Bella and Christopher lives in the unsaid, their silences and their pauses. That is what makes their connection so special. You can tell alot about the dynamic between two people just by observing the rhythm and tone of their conversation. It’s a challenge because there are so many possibilities and directions it could go… but i love the journey of discovering it with Krish and Serene who advocate so much for their characters.

Bakchormeeboy: How much autonomy were you given in terms of direction? Did you have any references before directing the play, or was it directed with no other versions of it in mind?

Cherilyn: There’s not much material besides a couple of reviews and pictures to see what the previous stagings were like. A lot of my choices and decisions are based on my own interpretation of the text as well as the great ideas emerging from the team. I love a collaborative room, so I often look to the team for ideas and suggestions. It’s the team’s production and I think it’s important for everyone to have an integral part in it. 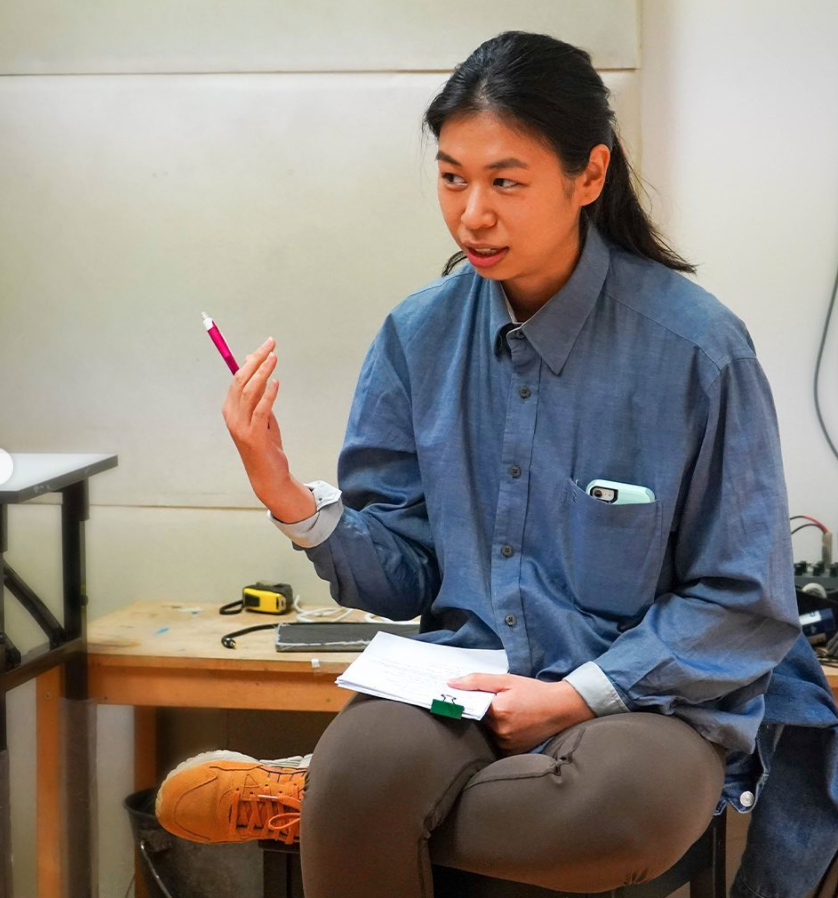 Bakchormeeboy: Being associate director at Nine Years Theatre, and having just come off directing Oedipus, you’ve been given so many opportunities this year to really hone your directing, especially with live theatre. Where do you see yourself going with such experiences – are there any dreams of establishing your own company, or to continue working alongside existing companies?

Cherilyn: During a time like this, I am truly grateful to be working. I’m so thankful to both Nine Years Theatre and Singapore Repertory Theatre for giving me opportunities in their season. As a young director I feel very blessed to have these two companies shown an interest in my journey, and they’ve given me much support and encouragement. I’d love to continue working with them. The past few years I’ve also been working with other smaller collectives and individuals and greatly enjoy that too. The future is unwritten and the possibilities are endless.

Bakchormeeboy: How important do you feel this play is to you – both in terms of its significance because of its themes, and in terms of your journey as a practitioner?

Cherilyn: This piece to me is a poetic portrait of human connection. It’s brief and fleeting but altogether impactful and life-changing. It’s also about two creatives, which I can relate to. Sometimes this journey can feel lonely, and sometimes your art brings you a variety of people that come into your life. But whatever industry you’re in, i think The Sound Inside is relatable to anyone. It speaks about appreciating meaning connections which i feel is a very essential part of life.

Bakchormeeboy: As a representative of the next generation of Singapore’s theatre scene, how hopeful do you feel about the future of theatre, and your other contemporaries in the scene?

Cherilyn: I’d prefer to think of myself as part of a larger collective. The next generation is very exciting. I’m always so happy to see other young people create and do their own things. It’s wonderful that there are other young directors out there doing work, some even having their own companies.  They inspire me and so I’m really excited to see future works from them.

Bakchormeeboy: What would you say your philosophy is when it comes to directing, and what makes a good director?

Cherilyn: As a director, you set the tone of the room.  It’s so important to be able to lean on a good team for support. I’ve been so incredibly blessed to be in the presence of people who are more experienced than me and have been so wonderful to me. I would say that my philosophy in directing is to always stay open and curious. 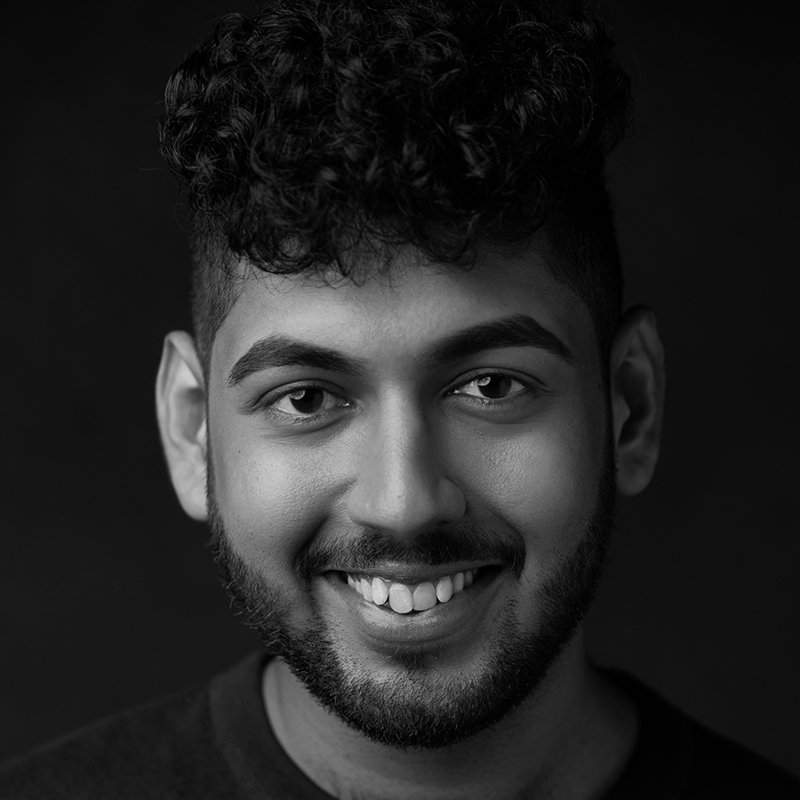 Bakchormeeboy: Hi Krish, this would mark your first time performing in an SRT production. How does that make you feel, and how different has that process been like compared to your other acting stints?

Krish: I am very excited obviously. SRT is a company I have watched for a long time so it’s cool to finally be performing with them. I think what’s the most different is obviously the length of the run- I’ve never run for longer than two weekends. So it’s both daunting and thrilling to do this. And of course the kind of professionalism of the company is something one should strive towards, especially as I’m running a collective of my own.

Bakchormeeboy: Two handers are incredibly reliant on having good chemistry with your co-actor. Performing opposite Serene Chen, what was it like developing that chemistry onstage, and was it a mutual process of learning from each other?

Krish: I mean I can’t speak for her, but what I can say is that the chemistry is definitely still being developed. I think it takes time to develop that chemistry and the more times we run and rehearse, there is deeper listening and greater confidence to play and these are things that help with the chemistry. Being able to laugh and joke in the rehearsal room as actors doesn’t hurt either. And of course I’m learning from her – the way she reads the script and the nuances she’s able to pick up are fascinating to watch.

Bakchormeeboy: Between this, Patch & Punnet, and other projects, you’ve managed to work with a variety of practitioners and companies since graduating. Do you see any particular direction you’re leaning towards when it comes to thinking about what the future holds for you? Is it more as an actor, or behind the scenes as an (artistic) director?

Krish: I honestly don’t want to pick a direction at this point. I love my work with patch and punnet as well as its sister company Strawberries Inc, which is a theatrical creative agency. I definitely want to keep growing these companies and am committed to that. But I also love acting and I think as long as I can balance my time and do both effectively, I don’t think I have to make that decision now. So I guess for now I would like to be able to do both.

Bakchormeeboy: As an acting graduate, how will you continue to develop your craft beyond performing in shows?

Krish: Whether it’s attending workshops or self practice/research, I definitely want to keep honing my craft. But to be honest I’m not the most disciplined at this and don’t do it as often as I should. Moving forward continual practice is something I need to cultivate. Although performing in itself is always a huge lesson. Being able to direct as well also helps me reflect about myself as an actor and vice versa. 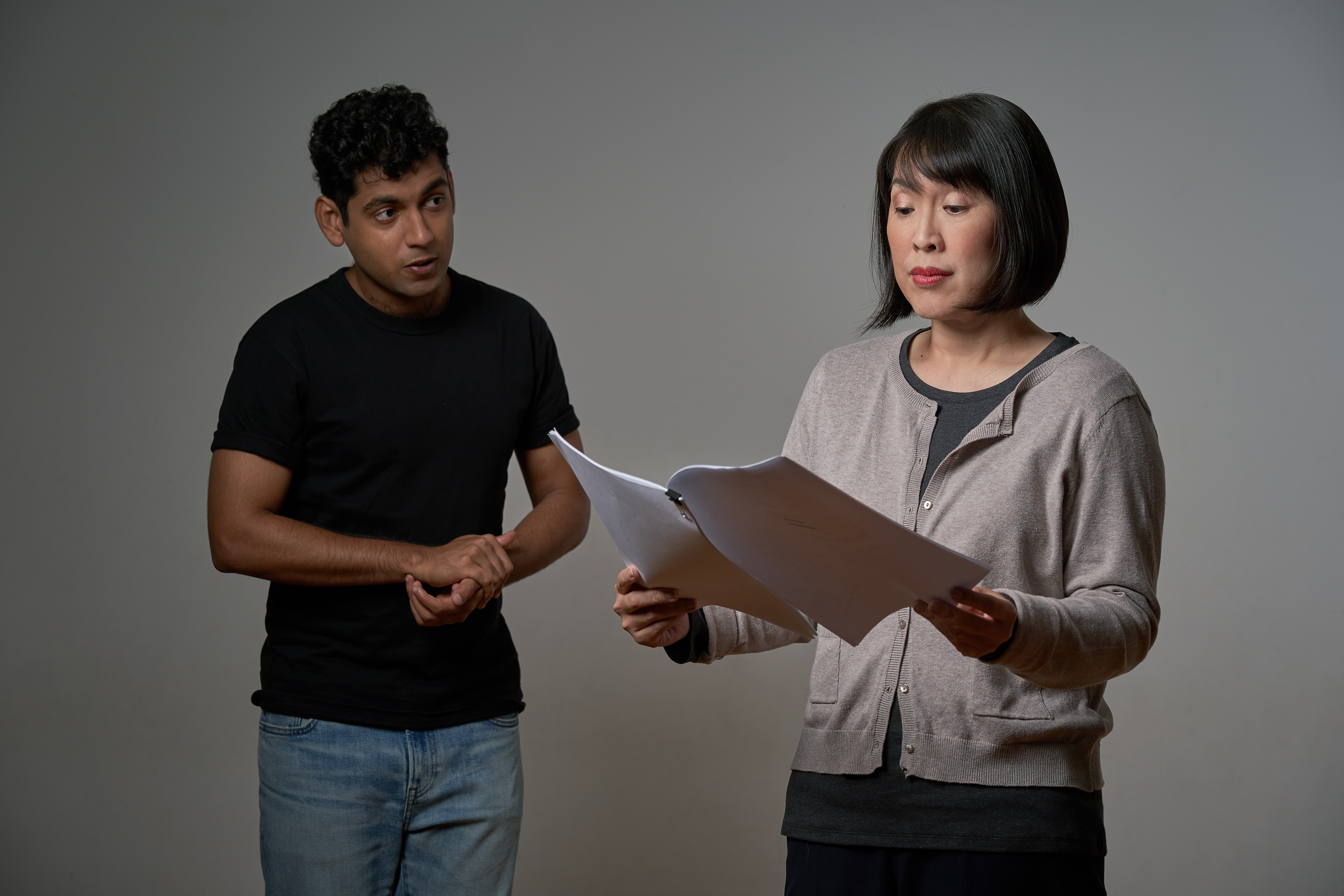 Bakchormeeboy: How much do you see yourself in the character you play onstage, and how did you go about preparing for the role?

Krish: I think we have similar world views and we both definitely like to talk. And imagine. And we both get distracted by our mind often. But apart from that we are quite different. Christopher is certainly a  introvert and gets lost in the world of literature, unlike myself (I’m a Netflix guy). This role is a tough one because there’s so much subtext and layers that are up for interpretation. So the script really needed to be studied hard and bold choices needed to be made when charting the character. As we rehearse I keep making new discoveries which is helping me crystallise the character as I move forward. Really the challenge is in fully embodying Christopher’s motivations and complexities.

Bakchormeeboy: How important do you feel this play is to you – both in terms of its significance because of its themes, and in terms of your journey as a practitioner?

Krish: I think in terms of the theme, this play is important to me because I think in the world we live in today it’s very easy to feel lost and scared even though you’re surrounded by people you love. And when it boils down to it this play reminds us that nothing is more powerful than human connection. And no matter how disgustingly cliched that sounds, I think that’s a beautiful thing.

And for me personally, I’m really grateful to be able to perform in my first SRT show with someone like Serene with Cherilyn directing. I’m learning a lot as an actor and a director.

Bakchormeeboy: As a representative of the next generation of Singapore’s theatre scene, how hopeful do you feel about the future of theatre, and your other contemporaries in the scene?

Krish: I’m PUMPED. I think many of us are starting to feel the desire to really impose ourselves onto the scene. We want the industry to thrive and know that we have the potential to make it happen – not in the shadow of, but hand in hand with the big boys like SRT and Wild Rice. I want to see an industry where people go to Funan on Friday to watch a pantomime and then make their way to an abandoned warehouse in Geylang on Saturday to watch a patch and punnet show.

There’s a spirit of collaboration and support that’s starting to emerge amongst the younger companies – Us, The Second Breakfast Company, Attempts, Impromptu meetings, Spacebar collective, Bound, Runaway co, Split, Bite Size, Fill the Vamp, the list goes on. In April we got something pretty cool coming up so keep your eyes peeled for that. So yes I’m hopeful. I think there are a bunch of passionate capable individuals here trying to make a mark and soon that impact will be felt.

The Sound Inside plays from 10th March to 3rd April 2021. Tickets available from SRT

0 comments on “The Banter: An Interview with Cherilyn Woo and Krish Natarajan of SRT’s The Sound Inside”