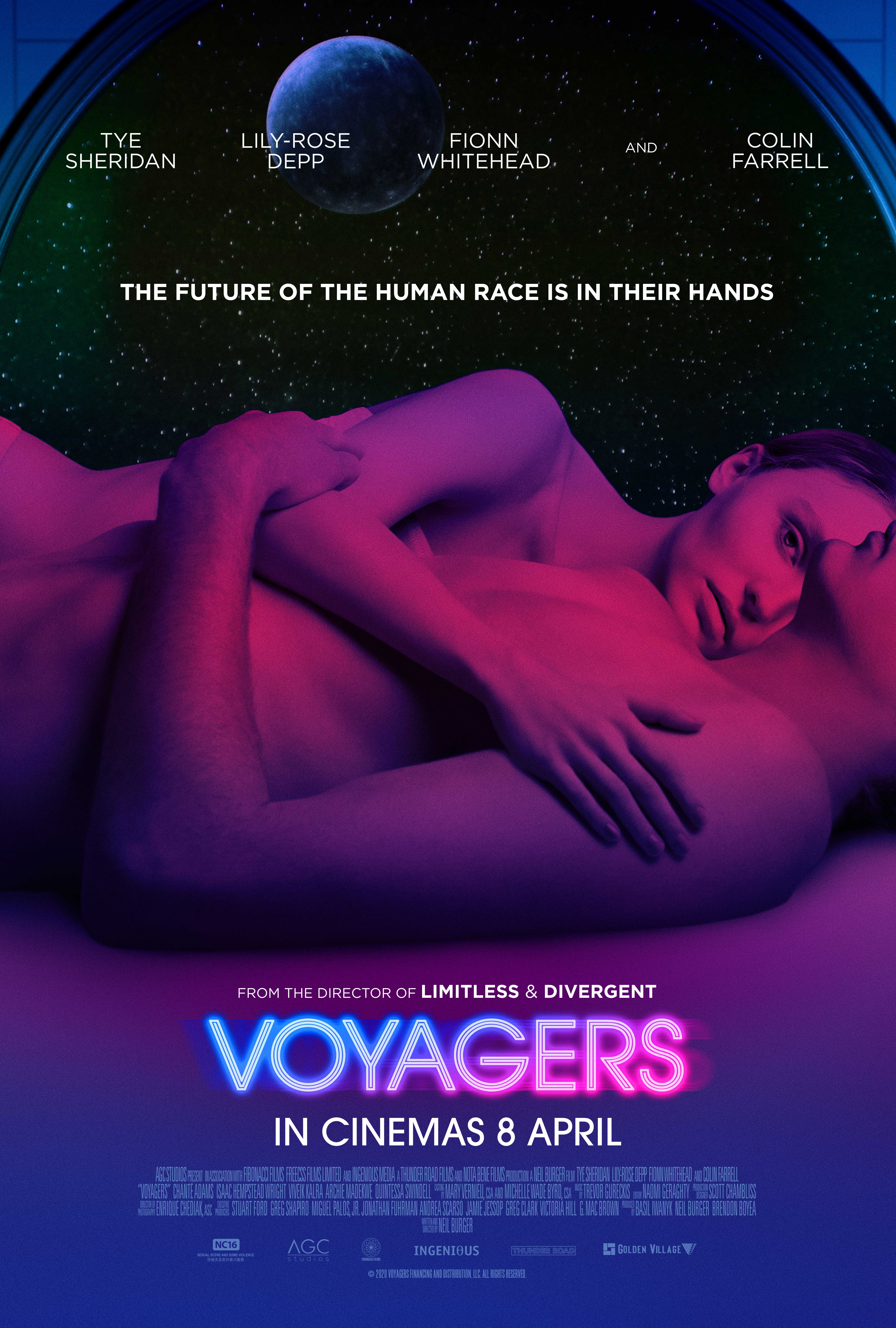 They say that if you stare at the abyss long enough, it stares back at you. And one place you’re sure to find it is in the darkness of the human soul. The inherent horror of returning to our base nature is explored once again in Neil Burger’s Voyagers, as a group of young men and women, bred for intelligence and obedience, embark on an expedition to colonize a distant planet.

In the beginning, it’s clearly established that the ship’s crew are bored out of their wits, performing the same routines day in, day out for 10 years, and preparing for another 80 more. It’s an uncomfortable reminder of the lockdowns the world experienced in 2020, and the slow but certain descent into madness from ennui.

While the older crew members have been brought up by actual flesh and blood people, the younger ones are instead raised by more artificial figures, and perhaps, are less human than their elder counterparts. Sela (Lily-Rose Depp) looks out into space, trying to find meaning in it all, while Christopher (Tye Sheridan) tries to comfort and calm her. 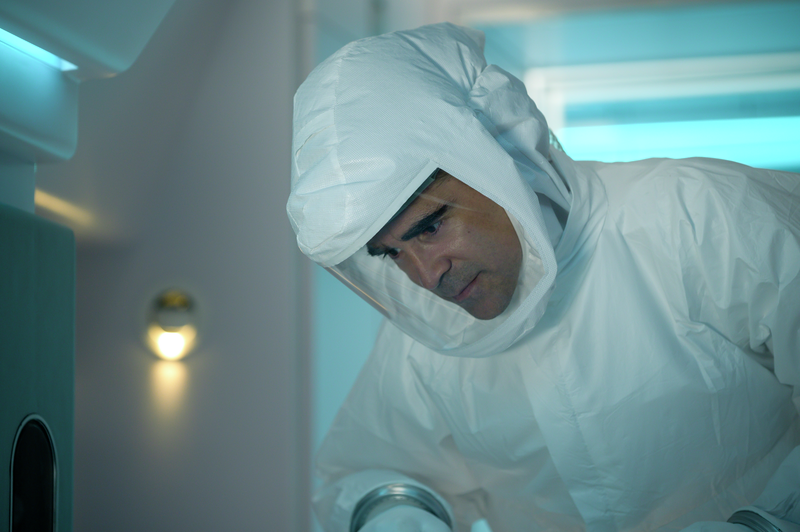 Unbeknownst to them, part of the reason for their dullness is a certain element in their diet and routine, keeping their minds drugged and in check each day. And so, it’s no surprise that all it takes is a chink in the system to allow all hell to break loose, as they embark on an investigation after finding traces of a ‘toxin’ in their food. When they realise they’ve been drugged into submission since the mission began, Christopher and Zac (Fionn Whitehead) decide to reject the liquid, in an act of rebellion. 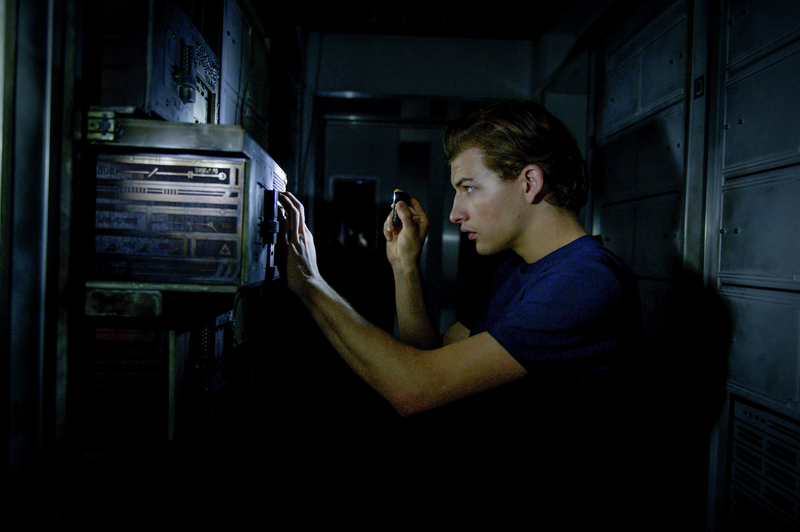 As Zac, Fionn Whitehead, establishes himself as the antagonist of the film, not only attacking figures of authority, but wanting to destroy the burgeoning romance between Christopher and Sela out of jealousy. A coup is staged, weapons are found and violence is on the brink of the horizon. In its climax, the final showdown between Zac and Christopher comes down to a battle of wits. 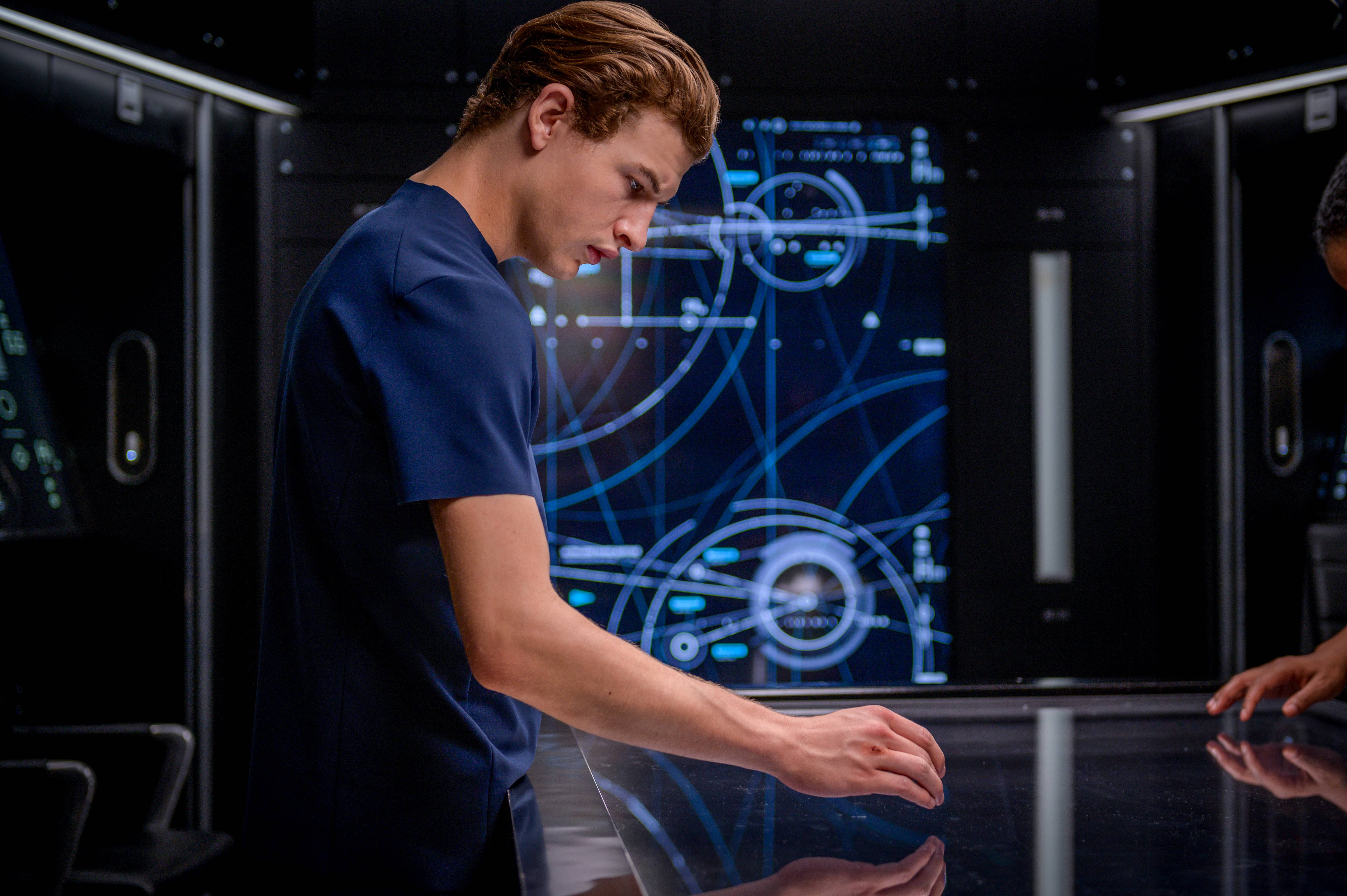 By the end of Voyagers, it is clear that you don’t need a Xenomorph to strike fear in us; just a single, corrupt individual to influence an entire group and turn them into an angry mob. We wonder if it takes a violent tragedy for us to see the light, and suppose that we do need some degree of control in our life and keep the worst of us locked away. It’s a strange film that advocates the importance of authority to keep us in our place, whether it’s our own parents or government controlling our every move. As much as the temptation is there to break away and make it on our own, it seems that the outside world proves too much, and it’s still best to leave it to the ones who ‘know best’ to care for us.

Ultimately, Voyagers’ premise is too simple to sustain its two hour runtime, playing on familiar tropes without adding anything too new to the genre. While it boasts a talented cast of rising Hollywood actors, there is little material to work with to really let them shine, with pacing that undermines their inherent acting ability. While the film leaves us with hope in the form of new life and a chance to start over, it continues to live in the shadow of external control.

We are left to wonder, particularly given how prevalent anti-authoritarian sentiment has been in the media, how it is that people are meant to trust their figures of authority, when they have so little reason to in the first place.

Voyagers is available to watch from 8th April 2021 at Golden Village cinemas.

For another upcoming sci-fi film, check out Seobok when it releases on 13th April 2021, also at Golden Village cinemas