Edith Piaf has been through some difficult times in her life. Abandoned by her mother at birth, Piaf was brought up by her grandmother in a brothel, suffered temporary blindness due to meningitis complications, earned little money as a street singer, and lost her first daughter just two years after she was born. But from the darkness springs hope, as she went on to become one of France’s most beloved singers, known for her soulful renditions of French chasons (ballads), and an icon of resilience.

As the world goes through the challenge of the pandemic, it seems only appropriate to turn to such stories of resilience to keep us going. And with local theatre company Sing’Theatre, they’re ready to celebrate that with a new staging of their show No Regrets: A Tribute to Edith Piaf this April, as part of their 15th anniversary. Directed and produced by Nathalie Ribette, also founder of Sing’Theatre, the theatrical revue takes audiences on a musical journey through Edith Piaf’s Paris and the events that marked her life, featuring a repertoire of her most renowned songs, from La vie en Rose to of course, No Regrets.

“Our aim is mainly to promote French culture among Singaporeans, along with the fact that it’s a show that’s feasibly staged during these COVID times. It also encompasses Sing’Theatre’s mantra of presenting good Singaporean acts onstage.”

It’s Sing’Theatre’s 15th anniversary, so it made sense for us to bring back this show we staged all those years ago,” says Nathalie. “Our aim is mainly to promote French culture among Singaporeans, along with the fact that it’s a show that’s feasibly staged during these COVID times. It also encompasses Sing’Theatre’s mantra of presenting good Singaporean acts onstage, like how we had Aaron Khaled for A Spoonful of Sherman, and now, we have performers like Maya Raisha, Rebekah Sangeetha Dorai, Mina Kaye and Hossan Leong.”

But the journey towards getting this production off the ground certainly hasn’t been easy, with a year where everyone has had to think on their feet and adapt to the restrictions of the pandemic, as Nathalie explains to us. “Financially, we’ve actually been doing ok over the last year, because it’s never our productions that bring in the money,” says Nathalie. “But I think the biggest disappointment we’ve had is not doing our community outreach programme, 365 Days @ Singhealth. It was my dream to make it happen, and we’d spent years preparing for it. We’d even soft-launched it in October 2019, and we were heartbroken when it couldn’t go through.”

“And if we were to stage a show, one of the biggest problems had to do with funding” she adds. “While the intention is good, to match donations, the problem was that we didn’t have any donations, as we weren’t putting on any performances. We had to make some cuts and struggled a little at the beginning, but eventually pivoted our focus towards the academy. With people like TJ Taylor leading, and good teachers, we’ve been able to push it more, make our presence known, and it’s made a big difference for us.”

Speaking of funding, for this show, Sing’Theatre has received support from title sponsors BNP Paribas. “BNP Paribas sponsored us before, but they left for a while when they chose to turn their support towards tennis instead,” says Nathalie. “How they came back to us, well, it so happened that I was having dinner with the BNP boss present. And we ended up talking about our upcoming show, where I explained how Edith Piaf’s story is one of resilience and hard work, and precisely the kind of narrative we need now. And just like that, he said yes!”

“It’s certainly a win-win situation for both organisations and great for BNP as well, because there aren’t many events for them to invite their clients to, and it’ll be the first theatre show here to feature a live band. It also ties in with how BNP has French roots but has an attachment to Singapore, much like how we’re featuring Singaporean performers paying tribute to French songs and a French icon.” 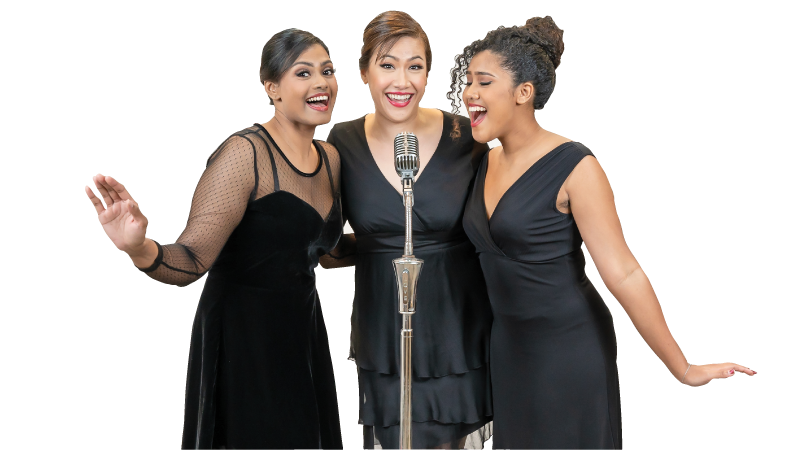 Speaking of those Singaporean performers, Sing’Theatre has gathered some of the best in the local arts scene to perform these Piaf standards. “Hossan Leong will be narrating the story in between songs, and it’ll primarily be following her life in chronological order,” says Nathalie. “We want to put on a good show, so the way we assign the songs to them is according to their strengths. I believe Mina Kaye is the strongest active singer in Singapore, and she has a fantastic work ethic. She works so hard and is so talented, and a real joy to work with.”

“Then you have someone like Sangeetha who may not have the most powerful voice, but a great actress, so we gave her the songs which requite a bit more subtlety and nuance,” she adds. “And Maya, who’s just 18, is so young but already amazing. While she doesn’t have any acting training, she’s been learning so fast, and given most of the French songs. What’s important is to find in each of them, the part that is Edith Piaf, and match them according to what suits them.”

“Also, we wanted to pay tribute to Edith Piaf in her younger days, and it’s something we didn’t manage to do the last time we staged this in 2011,” she explains. “That’s when we found Sofia Poston. Sofia is a student with our Sing’Theatre Academy, and I heard her sing during our Singathon. I thought wow, she’s good, has a good presence and personality, and ended up deciding to feature her during that one song in the finale.” 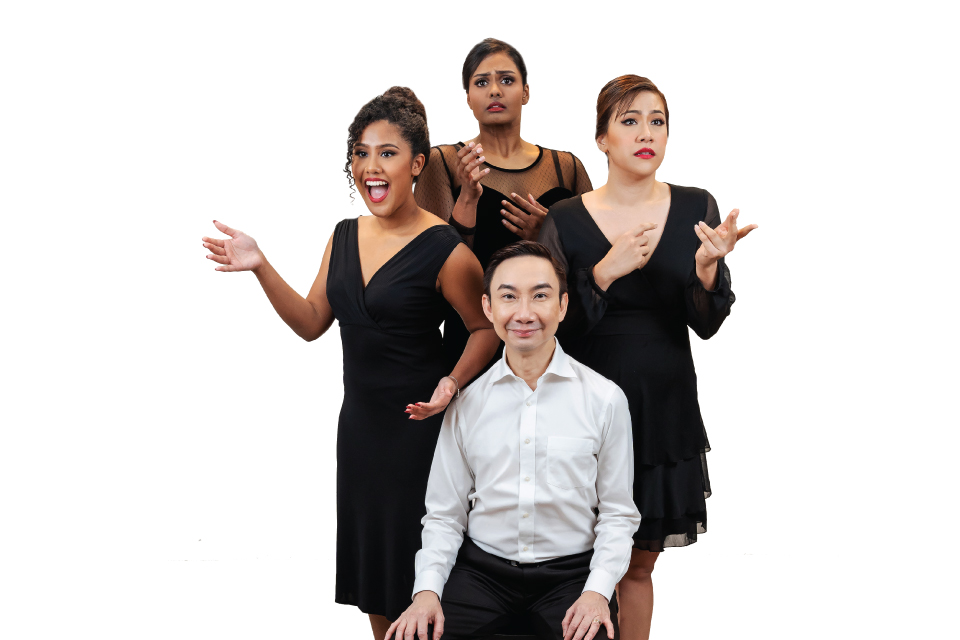 Beyond its status as a tale of resilience, it is rather fitting for Sing’Theatre to be staging this show – after all, it is also the very first show Nathalie directed and produced, way back in 2004. “When I staged this in 2004, I didn’t have any theatre background,” she said. “All I knew was that Hossan was into French culture, so I approached him to collaborate. Even though I didn’t have experience before that show, you know, I truly believe that if you work hard at something, and have the passion and determination, then you can achieve the impossible. You learn to create solutions when they don’t exist.”

On a more personal note, Nathalie shares about how hard it’s been to be away from France and her family, due to travel restrictions. “It’s been tough on all of us – my husband has a sick father, and my son lost his job during COVID, so he’s been feeling quite alone at home,” she says. “We do talk to him everyday, and he’s been trying to create more, playing music and so on. And it’s been a lot about trying to stay together even when we’re apart, whether it’s me talking about what I do at work, listening to their advice, and just involving us as a family.”

“You know, I think that people will cry at this show, because it’s so full of emotions,” she continues. “And not because they’re sad, but because they just need to let their emotions go, and they’ll feel so much better after that.”

It cannot possibly be easy for any arts company in Singapore to survive and thrive for 15 years, and to think of how far Sing’Theatre has come since their creation is truly a show of resilience. And for someone with no theatre experience to put her mind to crafting a heartfelt, emotional show that she could be proud of, one that has been staged over and over to acclaim, that is precisely what No Regrets is in a nutshell, for Nathalie.

“And I just feel so alive when I think about bringing this experience to life. I need to bring something to people, and theatre is a great way of doing that.”

“You know, it still doesn’t exactly make sense to stage a show given the small audience numbers, but with all the big companies staging shows again, we wanted to make our presence felt as well, and just keep doing things,” she says. “And I just feel so alive when I think about bringing this experience to life. I need to bring something to people, and theatre is a great way of doing that. I feel good that I’m bringing joy and goodness to people, and when I teach, to see people flourishing and blooming, both kids and adults, as they gain trust and confidence in themselves, it’s really what makes me do what I do.”

No Regrets: A Tribute to Edith Piaf runs from 14th to 25th April 2021 at Alliance Francaise. Tickets available from SISTIC

0 comments on “No Regrets: An Interview with Nathalie Ribette, Artistic Director of Sing’theatre”