Immersive digital music platform HYDEOUT has announced a star-studded lineup for The Prelude: Phase Two as a continuation of its globally leading programming. Since its January 2021 launch, HYDEOUT’s goal has been simple: showcase the industry’s most in-demand artists across genres in unique virtual settings while offering a gathering place for music fans around the world. With this ethos at its core, HYDEOUT has kicked off Phase Two on 11th April with some of its most impressive shows to date. 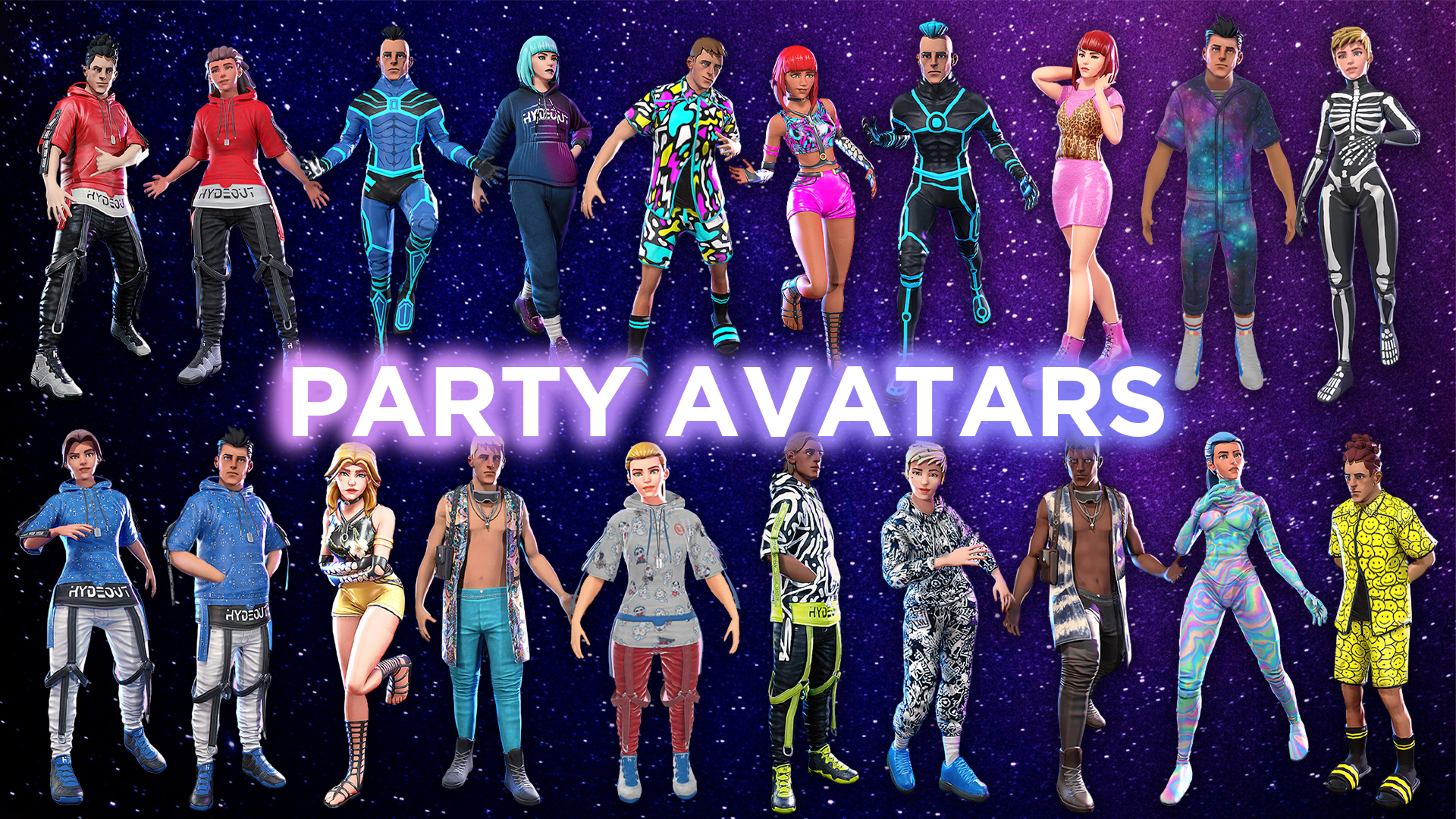 Dance music legends will also take the digital stage with heroic progressive house sets in line from Zedd, Hardwell, Armin Van Buren, and Fedde Le Grand, plus multi-genre throwdowns from global stars TOKiMONSTA and Alison Wonderland. Fans of the heavier end of the electronic spectrum will be treated to a Monstercat takeover to launch phase two featuring an on-location spectacle with Pixel Terror, Habstrakt, Sullivan King and KTN. Manila Killa and Yung Bae will also bring their unique indie electronic stylings to the platform. 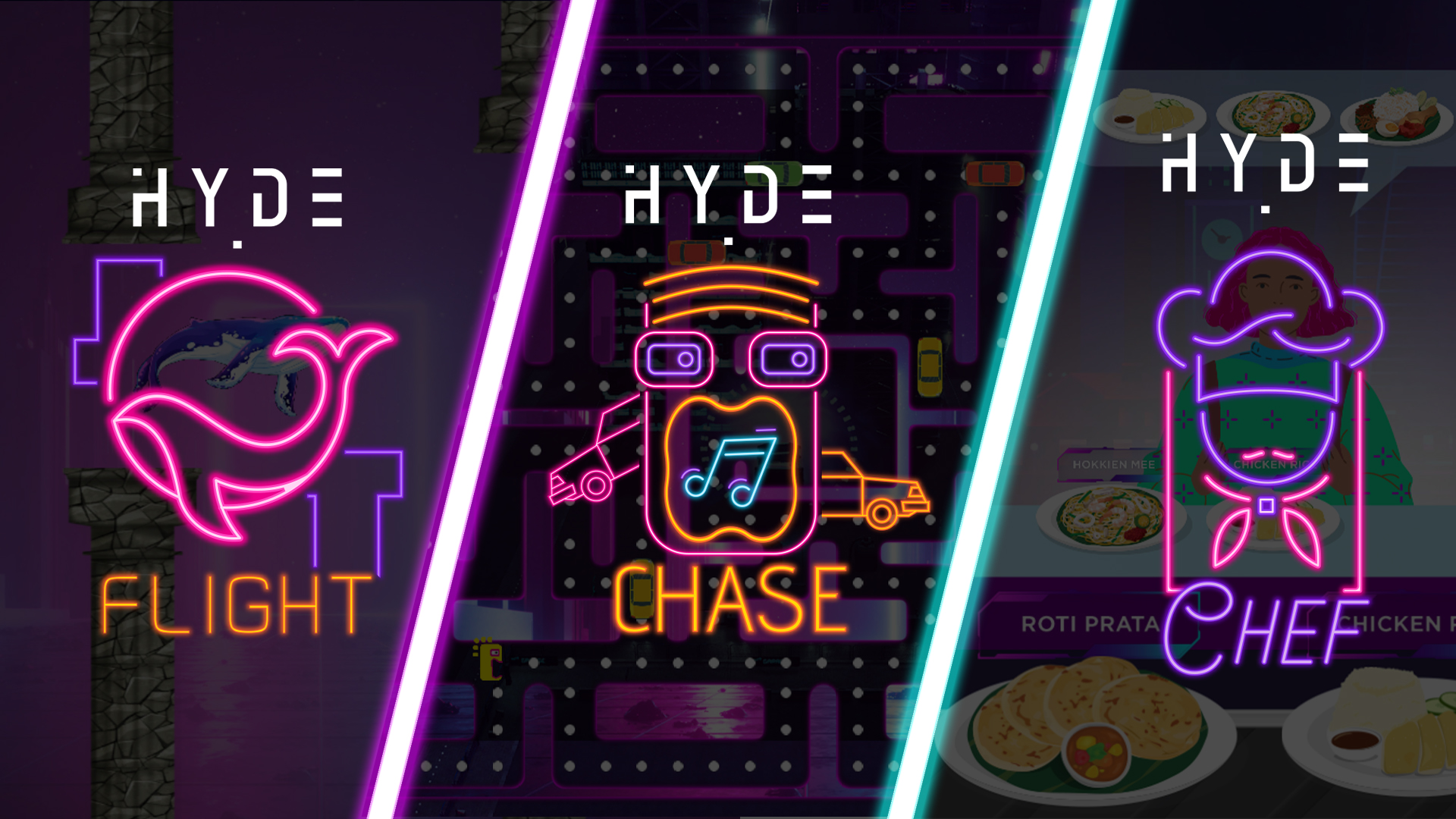 Hydeout: The Prelude phase one led the digital event landscape with marquee performances from the likes of Rita Ora, Martin Garrix, NGHTMRE, Andrew Rayel, Cosmic Gate, Don Diablo, Nervo, Yellow Claw, Dombresky, Eptic, Flux Pavillion and more. These shows took place across six fully immersive digital environments each with their own distinct singular aesthetic. Fans may find themselves in the expanse of the Sahara at The Mirage Stage, exploring the futuristic cityscapes of HydeCity, HydeAlley, The Arch, and Pandemonium, or deep in the tropical worlds of Aqua Sphere and Sanctum. Together with HYDEOUT’s unique interactive features like global chat rooms, custom avatars, watch parties and mini games, the platform offers a way forward for artists and fans looking for a deeper sense of connection amidst the crowded digital event ecosystem. 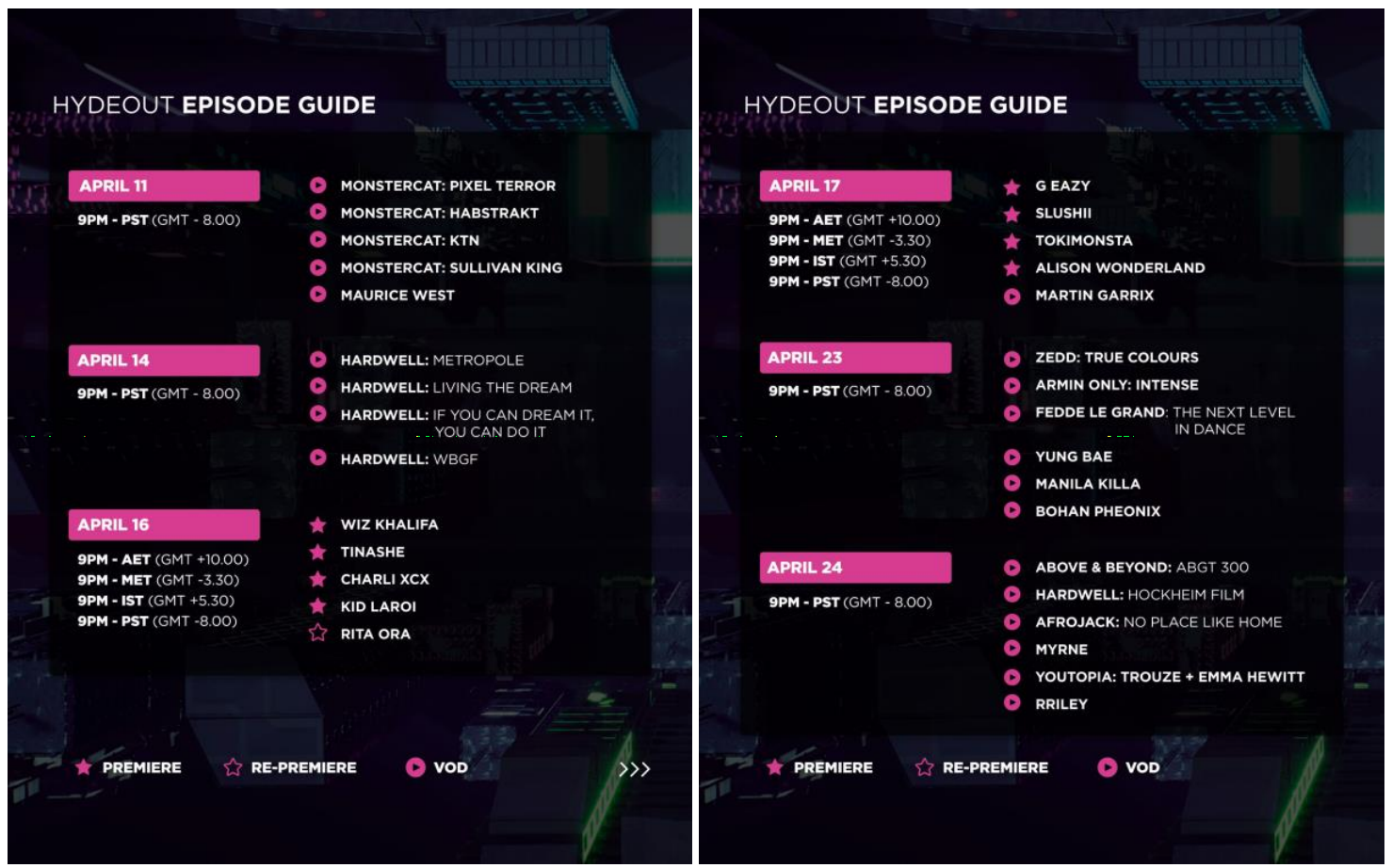 Performance episodes from both phases are available after their premiere as Video on Demand for HYDEOUT Season Pass holders and Pay As You Go users. Tickets and Season Passes available on their website