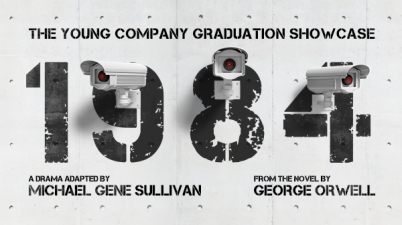 Preview: 1984 by The Young Company + An Interview with Director Daniel Jenkins

Following two years of practical training in all aspects of theatre, Singapore Repertory Theatre’s The Young Company are set to graduate this August, with a production of 1984 as their graduation show. […]

SIFA 2018 opens on a chilling note with this dystopian modern classic.  Considered by many to be George Orwell’s magnum opus, 1984 has become the go to model for a dystopian […]

George Orwell’s literary masterpice 1984 remains one of the most iconic depictions of a dystopian society. Despite being written in 1949, the book’s narrative has been shockingly prophetic, raising the idea of […]