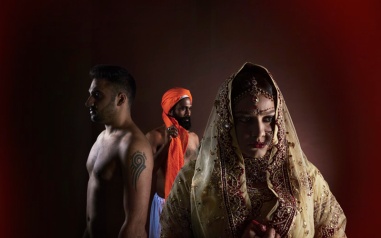 SIFA 2017 drew to a close last Saturday with the premiere of local film director K. Rajagopal’s (A Yellow Bird) latest film: Lizard On The Wall. But the significance of the film was given far greater gravity when you realise what makes the film so special – most of the extras you see in scenes were actually members of the public who participated in the filming process as part of SIFA’s pre-festival programme – The O.P.E.N. earlier on in July. 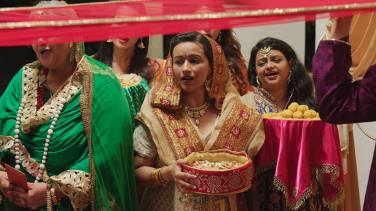 In attendance at the midnight gala held at the Projector was of course, Rajagopal himself, alongside author Balli Kaur Jaswal, whose novel Inheritance provided the basis for Lizard on the Wall. Shown across both of the Projector’s screens, the turnout was incredible, with both theatres filling up quickly as guests took their seats. Not only was Lizard on the Wall an end to SIFA 2017, but it also marked an end to Ong Keng Sen’s four year stint as Festival Director, having helmed and revived SIFA in 2014 from its temporary hiatus. 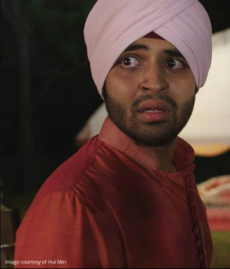 Prior to the screening, audiences were treated to a compilation video of the last four years of SIFA, with its showcase of the many international and local acts each SIFA, bringing both the most intimate pieces and the most eye-popping spectacles to Singapore, making it clear how much of an impact Keng Sen’s run as festival director has changed the face of SIFA and truly put Singapore on the global map. Keng Sen himself gave a speech where he re-emphasised the importance of SIFA in promoting continued diversity in our local arts scene, such as the SIFA commissions, where local theatre companies were allowed to go beyond their usual limitations and truly take exciting new artistic risks, or in opening the eyes of the public to new and unexpected forms of art one might otherwise never have been exposed to. 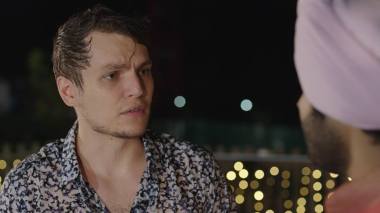 As such, Lizard on the Wall was the perfect way to end off this year’s festival, an event that linked the O.P.E.N. to SIFA itself, where members of the public went through an evolution, from participants to audience, to gaining a new perspective on the filmmaking process through that participatory process. Neither was their participation in the film simply tacked on for the sake of it; audience members were involved in large scale scenes such as a parade as part of the film’s central Punjabi wedding, dancing down the path in front of the old colonial house where the film was shot. In a more darkly humourous scene, as runaway bride Amrit (Anvita Gupta) breaks down in unhappy, ugly tears in public, a group of participants acting as wedding guests watch on, some blank faced, some visibly disturbed by the incongruous scene before them, adding a layer of drama to the already thought-provoking film. 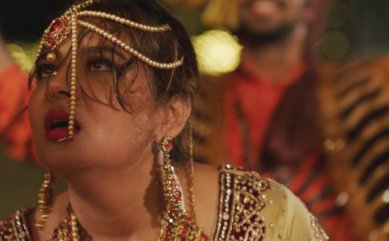 From forbidden sexuality to bogs of depression and insecurities, Rajagopal never shies away from going all the way into the very heart of darkness in his film. One certainly feels uncomfortably like the titular ‘lizard on the wall’ when we watch the attempted show of celebration unravel and completely fall apart, as we are introduced to each of the deeply flawed characters and their closets fit to bursting with skeletons. Rajagopal does this artfully and tastefully though, with his metaphorical, symbolic style of filming – a scene of two sisters reflecting on their lives is fragmented onscreen, while the sex scenes from both Amrit and Narain (Shrey Bhargava) with their forbidden lovers are differentiated, where Amrit’s is a wild, urgent passion while Narain and his lover (Mitch Lagos) takes on a more tender, intimate atmosphere. One may be shocked by the extent to which these characters almost purposefully shatter their fragile family unit with their actions, but one is also able to understand where they’re coming from, and the immense suffering they are going through otherwise. 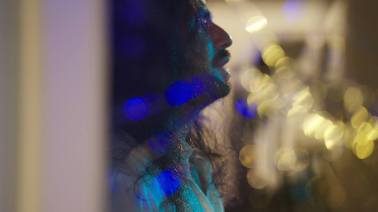 Of the characters, mismatched couple Banu (Sharul Channa) and Gurdev (Mayur Gupta) were stellar, the good hearted but henpecked Gurdev a wreck as Banu scolds him into submission, even resorting to physical abuse to quell him. Sharul Channa is delightfully hateful in her detestable role, as she puts on a smile in public to hide the countless daggers she conceals beneath, ready to backstab any and every person she encounters if necessary, while Mayur Gupta does a fantastic job of evoking sympathy from the audience, along with his excellently paced voiceover narration and introduction to each family member.

As Lizard on the Wall draws to a close and leaves its characters with an uncertain fate ahead, so are we left to wonder how SIFA will change under new leadership in 2018 and what differences we can expect to see in the next edition of the festival. It’s been a good run of one of the biggest arts events Singaporeans could look forward to annually, and once again, thank you Ong Keng Sen and the stellar SIFA team for all the hard work they’ve put in to making each and every SIFA of the last four years a festival that moves, shapes and enchants our lives, always pushing the envelope but always ensuring that shows remains accessible, and certainly, a festival to remember.