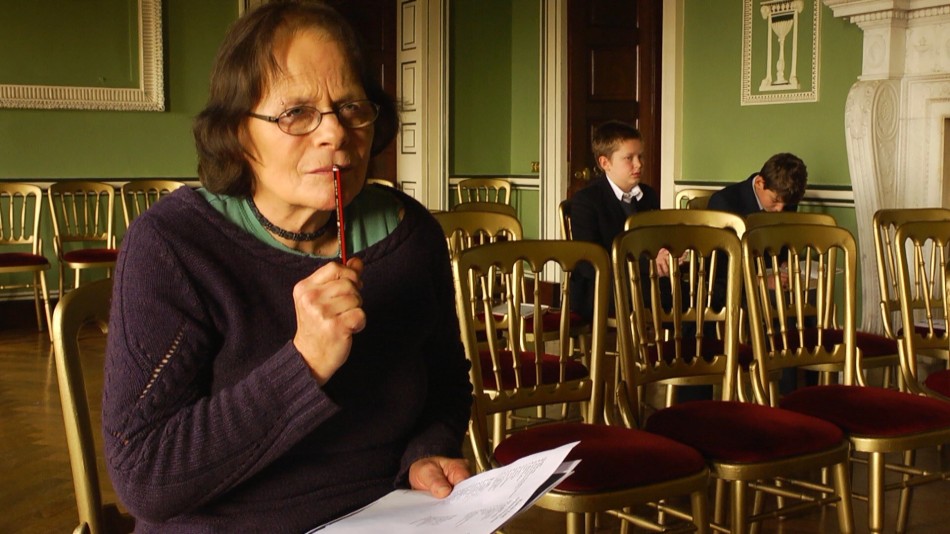 If you ever needed proof that Hogwarts is a real place, then look no further than Neasa ni Chianain and David Rane’s School Life. Only instead of spells being slung back and forth, this Irish boarding school lays claim to enchantment of a different kind: the magic of education.

In School Life, viewers are introduced to senior teachers and couple John and Amanda, teaching legends who’re absolute favourites with the student body with their quirky and unique way of teaching, going by the mantra “Reading. ‘Rithmetic. Rock ‘n’ roll!”. There’s something incredibly powerful in this observational documentary, where there’s almost a sense of a flighty fantasy made real with the closed off nature of the school, as an aerial shot of Headfort’s grounds allows viewers to take in the sheer expanse of land it occupies, peaceful, with plenty of greenery for the children to play with.

John and Amanda are endearing protagonists, probably the kind of teachers you may have had the fortune of coming across at least once in your life – slightly cantankerous, brimming with off-kilter, droll humour, but above all, an earnestness in wanting to educate their wards to the best of their abilities. Having taught for 46 years, their careers are drawing to a close, yet they still push on in their education with an indomitable energy, whether it’s helping the kids put on a production of Hamlet by participating themselves, or coaching a (terrible) student band.

But as untrained as the students are, one cannot help but feel an immense sense of joy watching the educators interact with them, a willingness to share their experiences, share in their growth, and always keeping an omniscient, all-knowing eye over the student body. There’s an incredible satisfaction watching the band improve over the course of the film – from singing completely off key, to doing a pretty decent job at a school gig, all smiles as they sing recent pop ditties from Ellie Goulding to Vance Joy. 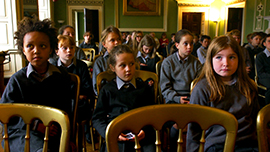 There’s a natural, relatable way these students carry themselves, bringing to the screen a rush of memories of our own schooldays, sometimes bored, others completely revelling in innocent play as they run about outside. One girl’s eyes are locked completely on her phone as John questions why she isn’t running around with the others, and she replies with an answer that sounds wise beyond her years. Elsewhere, a girl from London (supposedly a former child model) newly joins the school, and learns to make new friends, while a French boy goes to John to figure out how to perfect his school application for the next stage of education. You’ve either been in their shoes, or know someone who has, and beyond the joys of education, School Life effectively captures the seemingly simple, yet astoundingly complex nature of growing up, and the whirlwind of emotions, friendships and thoughts that emerge while in school.

As mature as John and Amanda are, they’re somehow able to keep up with the hectic, fervent energy that runs through the entire institution and all its inhabitants, and to see them work is in itself an act of pure power. Brimming with an air of naivete and youth while tinged with the looming feeling of endings (as John and Amanda approach the ends of their careers), School Life does a remarkable job of convincing viewers of what a difference a good teacher makes in shaping a child’s view of the world, making or breaking their characters. Meeting this cast of unforgettable characters, one can’t help but imagine what it’d have been like to have spent one’s formative years under the tutelage of such dedicated teachers, and School Life perhaps, gives a satisfying glimpse into its truly captivating, extraordinary realm.