In the fully loaded arts calendar, there’s one festival we absolutely look forward to each year – The Singapore International Film Festival. Bringing in some never before seen films and an incredibly strong lineup of the most creative new movies today, there’s never a dull moment over the 11 day festival. The lineup for the 28th edition has finally been announced, and this year, features a total of 112 films from 42 countries, including 18 world premieres and 17 international premieres.

Part of the annual Singapore Media Festival, the SGIFF has always been a leading platform in Southeast Asia showing a diverse and well curated selection of the best and most fascinating new films of the past year. Some of the more experimental films this year include Dragonfly Eyes by Chinese filmmaker Xu Bing, having created the film from over 10,000 hours of surveillance videos to form a complete story, while others have already received critical acclaim on the festival circuit, such as Swedish director Ruben Östlund’s The Square, which won the Palme d’Or at this year’s Cannes Film Festival. This time around, the festival has also received a surprisingly large number of entries from both esteemed and up and coming female directors, a promising step in the right direction for the future of cinema, and we’re particularly excited about Indonesian director Mouly Surya’s Marlina The Murderer In Four Acts, a subversion of the typically male-driven Western genre as a young widow sets out on an epic, bloody journey of vengeance.

Said newly appointed Festival Programming Director Pimpaka Towira: “Audience members should attend the SGIFF to watch films from both new voices and established filmmakers. There’s been an increasing demand for quality content, and here, you’ll be able to find some of the very best new works from different filmmaking generations.”

Read about some of our festival picks and highlights below:

Opening Film and Special Presentation
The festival will open with Chinese director Vivian Qu’s second feature film – Angels Wear White. Having received critical acclaim for her debut work Trap Street in 2013, Qu seems set to continue this streak in this thrilling tale of a teenage receptionist who becomes the only witness to a sexual assault. The film has already received three nominations at the Golden Horse Awards and will play on 23rd November at Marina Bay Sands, while Qu herself will be in attendance.
Other highlights of this year’s SGIFF include the four Special Presentation films selected for the festival, representing a diverse spread of international collaborations between filmmakers from all over the world. These films consist of Anup Singh’s The Song of Scorpions, a love story between a singer and camel trader set in the deserts of Rajasthan and starring celebrated Indian actor Irfan Khan, as well as The White Girl by Jenny Suen and frequent Wong Kar Wai collaborator Christopher Doyle, which stars Angela Yuen and Joe Odagiri in this lushly shot noir fable about the last fishing village in Hong Kong.
Finally, the Special Presentation segment will also feature Oh Lucy! by Atsuko Hirayanagi, a film based on a short work of the same name she had produced earlier on. Oh Lucy! is the film we’re particularly looking forward to, and follows a joyless, middle aged Japanese woman living in Tokyo, before things take a turn when she is charmed by a most unconventional English teacher (Josh Hartnett, who will be in attendance).
Silver Screen Awards 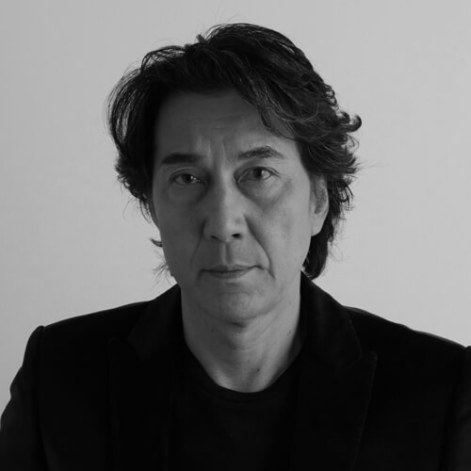 The SGIFF will once again be honouring some of the very best talents in the film industry this year with the Silver Screen Awards. Receiving the Honorary Award for his contributions to the film industry is Indonesian director Garin Nugroho, negotiating the complexities of Indonesia’s history and politics through the countless films he’s made since the early 90s, including his most recent work Setan Jawa, which was screened at the Esplanade during the recent Pesta Raya – Malay Festival of the Arts with a full gamelan orchestra accompanying it. Meanwhile, Japanese actor Koji Yakusho will be receiving this year’s Cinema Legend Award, best known for his sensitive portrayals of the common man on both TV and the big screen. For fans of both men, you’re in luck – festival goers can get up close and personal with them during the masterclasses both Nugroho and Yakusho will be conducting during the festival.
Films will also be screened in-competition during the festival, including Malaysian filmmaker Tan Seng Kiat’s Shuttle Life. Starring Taiwanese actress-director Sylvia Chang and pop singer Jack Tan, the film is a hard-hitting social realist drama about the underclass of Malaysia, and has already been generating festival buzz after a triple win in three categories at the recent Shanghai Film Festival. Other films that will be competing include Ali Asgari’s Iranian drama film Disappearance about the country’s bureaucratic terror, as well as Ana Urushadze’s Scary Mother, an Estonian psychological thriller about a mother who publishes her first novel to dark effect.
Singapore Panorama 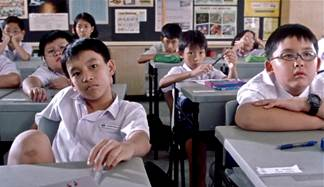 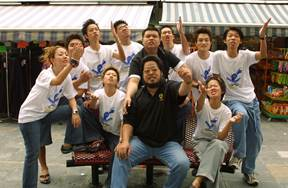 As always, the SGIFF will have a section dedicated to Singaporean filmmakers. At the Singapore Panorama this year, two classic Singaporean films will be returning to the big screen – Jack Neo’s I Not Stupid and Colin Goh and Woo Yen Yen’s Talking Cock: The Movie, which both celebrate their 15th anniversaries this year. Made at a time when local satire was still in its infancy, both films sparkled with originality as they confidently poked good-natured fun at Singaporean culture and paved the way for similar features and short films today.

New films from local filmmakers will also be showcased at Singapore Panorama this year, including Wesley Leon Aroozoo’s I Want To Go Home, an elegaic full length documentary following one man’s desperate search for his wife following the 2011 earthquake in Japan. I Want To Go Home was also one of 10 entries shortlisted to compete in the Busan International Film Festival’s Wide Angle Documentary Competition this year. Other films that will be showcased include Kan Lume’s poignant portrayal of femininity hUsh, while filmmakers Wee Li Lin and Chiang Wei Liang will showcase their latest shorts Areola Borealis and Nyi Ma Lay respectively during the short film programme.
Beyond regional cinema, the 28th SGIFF will as always, showcase some of the very best international films which made their debut this year. Festival goers can look forward to new critically acclaimed queer films such as Luca Guadignino’s Call Me By Your Name and Francis Lee’s God’s Own Country, dubbed the spiritual successor to Ang Lee’s Brokeback Mountain, but this time, set in the Yorkshire countryside. Night owls will also be in for a treat with the festival’s Midnight Mayhem selection of late night screenings, which promises thrills and spills with works such as Trey Edward Shults’ unconventional post-horror film It Comes At Night.
Said director of the Singapore Film Commission Joachim Ng: “The SGIFF has always been all about propelling careers. Regarding the theme ‘The Future Is’, I believe that the SGIFF is all about shaping that future by being a platform for the future of film – showcasing and linking up filmmakers in the region and shaping it with their passion for the industry.” True to his words, at SGIFF this year, the inaugural Southeast Asian Producer’s Network will be taking place, where 11 regional commissioners and producers will gather at the Festival to network with other industry members and share industry insights  with festival-goers through public talks.
Said festival Executive Director Yuni Hadi said: “The festival aims to build a space for filmmakers and our sophisticated audience members to come together to watch some of the most promising films of the past year, discovering the best new directors and celebrating the industry. For me, the SGIFF represents a space and platform for filmmakers to flourish,  bringing in ways to speak to the current generation and pave the way to tell stories to the filmgoing audiences of the future.”

As a champion of regional cinema and the premiere film festival of Southeast Asia, there’s something for everyone at this year’s SGIFF, as it brings the best and most unconventional films from around the world to Singapore, and promises an immersive journey as we watch the future of cinema unfold before our very eyes.

SGIFF 2017 runs from 23rd November to 3rd December across various cinemas and venues. More information and ticket sales available from their website