The Alliance Francaise’s 7th French Animation Film Festival (FAFF) takes place this weekend! Offering a lineup of seven screenings over the three days, including three Singaporean premieres and a variety of short films screened before each feature, the FAFF will catch your eye and find its way into your heart with the magic and beauty of French animation, appealing to both children and adults.

We spoke to directors Arthur de Pins and Alexis Ducord of opening film Zombillénium about their craft and creative process, as well as Alliance Francaise Cultural Programming Manager Pauline Jorge and Alliance Francaise Director Anne-Garance Primel, to find out exactly what the FAFF is all about. Read the interviews in full below: 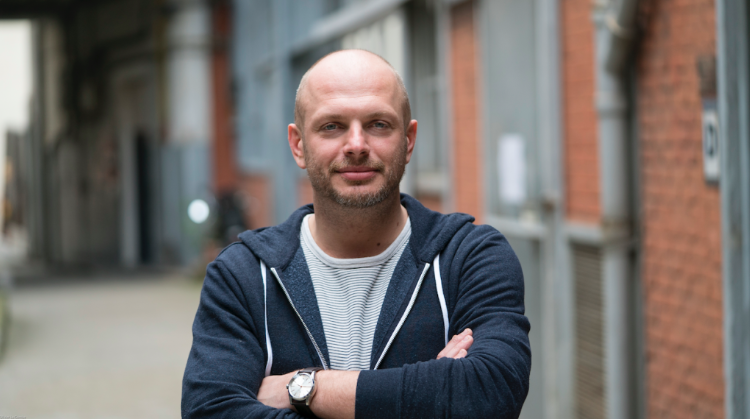 Bakchormeeboy: How and when did the idea for Zombillénium start?

Arthur: It all started with a question: what if vampires, werewolves & zombies were living among us today? Would they be working and paying taxes like everyone else?

What kind of business could then hire these monsters by integrating them fully into the human population? An amusement park in which they’d play what is expected of them legally and without any visitor suspecting for a moment that the creatures whose job is to frighten them are real monsters. This is the principle of Zombillénium: A kind of Dante’s Inferno of the capitalist era.

Like many cartoonists, I scribbled my first boards during my school years. The fantastic then took an important part in my stories. Then came art studies, in which some teachers have advised me to draw my inspiration from a social material.

My desire to make fantastic coexist with daily issues was born there and that’s how I started this great mix between Night of the Living Dead and The Office. Zombillénium, first published in Spirou then in albums, presents a fantasy world, a social theme and an adventure story, in which a man, Aurelian, finds himself hired against his will in the park and is learning to tame his inner monster. 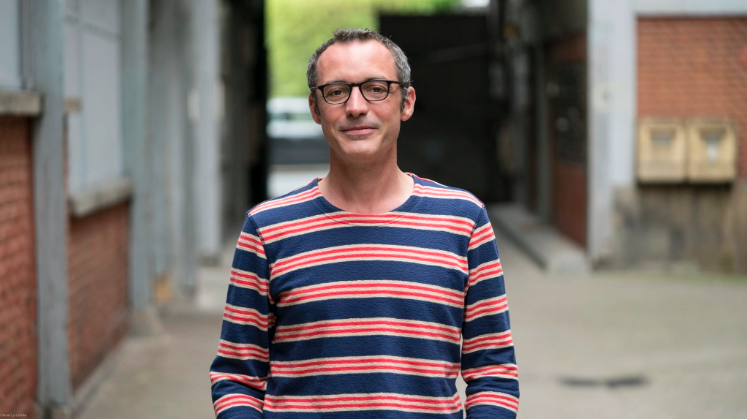 Bakchormeeboy: Animation is often considered one of the more difficult mediums to work in, taking longer and more effort than live action medium. Why and how did you get your start in animation, was there any animation/animator that you fell in love with? And what keeps your passion going?

Arthur: When my long-time friend Henri Magalon suggested to make a movie, I was really thrilled by the idea because I always wanted to direct a long-feature. We thought Zombillénium was the perfect comics to do so. I knew the budget wouldn’t be “American”, and indeed, I’d rather have a middle range budget with European talents I know.

At the early stage of the development process, Henri invited my publisher Dupuis to come on board of the film. I am glad that the whole family is gathered to produce my first movie. They help me make sure that the young European audience of Spirou readers is at the heart of the film. After seven years of inventing Zombillénium under their quality label, I am confident that the movie will reach a new generation of kids.

Every time I’m invited to festivals, I’m asked so many questions about the film to come that I am really dedicated to make the best adventure for kids as possible. Every day at the studio I also have in mind the letters, Tweets and Facebook posts I received from children in Germany, the UK, Spain, Italy and even from America. I think of them when focusing on a fun story and gags…I owe them.

In terms of technology, we made several tests during the development of the film in order to achieve an Art Direction as close as possible to the designs I created for the comic books. 2D and 3D rendering tools have been used on specific scenes to elaborate the pipeline of manufacturing with a clear goal to enhance the potential of Zombillénium for the big theatrical screen. With the production team, we decided to use a 3D full CGI technic around strong and simple artistic choices to avoid the realistic rendering of big American productions. We don’t have their huge budgets, so let’s differentiate ourselves from their look and offer an original stylistic approach with the available state of the art technology.

Bakchormeeboy: What do you hope audiences watch Zombillenium and go away feeling or thinking?

Alexis: The theme of social struggle is one of the main ingredients of comics. It’s the kind of problem addressed regularly by the media, children absorb this information without necessarily understanding all its facets, and we try to provide a vulgarised and satirical reading, this rather worked with the comic, we had responses such as this one from children:

“Thank you, thanks to Zombillenium I understand the working world a little better!”

I believe that we all end up having the same cinematic references in the 4 corners of the planet. The cultural differences tend to fade, it is rather good to ink a film for the youth within one reality and one culture, this allows it to be known: Coco is a very good example. 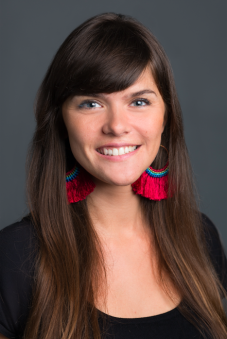 Bakchormeeboy: Why is animation such a key aspect of French culture, to the extent we dedicate an entire festival to it?

Pauline: We are proud of the expertise that the French have in the field of animation and we are willing to support the richness and the diversity of French animation in Singapore. The strength of France in this field lies in the quality of higher education and in the improvement of new technologies (augmented reality, visual innovations). The list of the top 10 animation schools in the world features 4 animation schools from France. 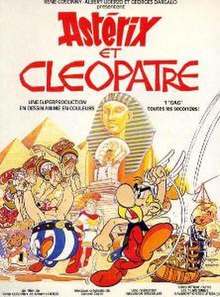 Bakchormeeboy: Do you have any personal favourite animators or French animated films?

Pauline: I have been watching a lot of animated movies from a young age. One of my best memories is the first time I watched Asterix and Cleopatre (René Goscinny et Albert Uderzo, 1968) at the age of 7. I will remember for my entire life the scene where Cleopatra is in a milk bath during the song “Le Lion de Cleopatre (Cloepatra’s Lion)” .

A more recent movie that stands out for me is My Life as a Zucchini which is a gem of animation. We welcomed last year Gregory Beaussart, the puppet Director who came along with the puppet-stars. It was a unique event at the Alliance!

Bakchormeeboy: How was the lineup for this year’s festival chosen? What do you hope audiences walk away with?

Pauline: Like every year, our goal is to promote the diversity of upcoming French animation films. We have selected movies for all ages, with different kinds of animation techniques and different storytelling styles. There is something for every taste and every age! 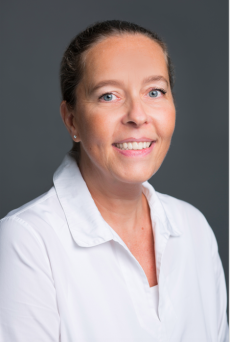 Bakchormeeboy: As the 7th edition of the festival, in what ways do you think it’s been growing and improving each year?

Anne-Garance: In terms of reach, we are happy to host an increasing number of spectators each year since 2011. The community of aficionados/friends/cinephiles has grown up with our festival. We are focusing on the quality of the content to offer the best French animation movies to our audience. This year, we are focusing on a family-oriented experience by organising a stop motion workshop conducted by Weaving Clouds to introduce kids to the basics of stop motion animation. Finally, we are organising a night of short movies that is free to all – this will be a journey through the worlds of different characters who are faced with the realities of love, death and fear, which will take place through the course of 9 short movies.

Bakchormeeboy: Why has Alliance Francaise decided to precede each feature film with a short from various animation schools, and why were these schools chosen?

Anne-Garance: We want to recreate the experience of traditional French cinema halls which used to screen a short film before each feature film. Alliance Française, as a non-profit organisation that promotes French language and culture, is also a platform that supports young creation. Our goal is to shed light on new or different forms of expression, and to encourage open-mindedness in an exchange of Franco-Singaporean culture. It is therefore our aim to give young graduates the opportunity to present their most recent creations to an international audience.

Bakchormeeboy: What is the film you’re most looking forward to seeing at this year’s FAFF?

Anne-Garance: There is not one, but two films that I’m excited about – The first is Zombillénium, we will be hosting the film’s director, Alexis Ducord, and the editor, Benjamin Massoubre, who will be introducing the film and interacting with the audience during a Q&A.

The second film I’m looking forward to is Mutafukaz, which we are co-presenting with the Singapore Film Society. It was sold-out during the last edition of the Singapore International Film Festival, and as such we wanted to give audiences a last chance to watch it on the big screen.

The 7th French Animation Film Festival takes place at Alliance Francaise Singapore from 25th to 27th May. For tickets and more information, visit their website here

0 comments on “7th French Animation Film Festival: An Interview with the Directors of Zombillénium, and Alliance Francaise”