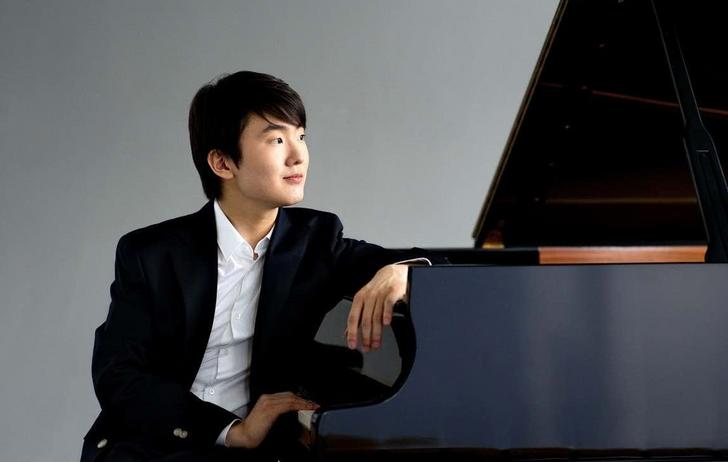 Maintaining a festival for 25 years is no mean feat, signifying how far the Singapore Symphony Orchestra’s Singapore International Piano Festival (SIPF) has come all this time. Delivering the opening address, SIPF artistic director Lionel Choi expressed how much the festival has grown, with the sheer amount of pianists and achievements over the last 25 years, and the promise of still more to come. In addition, unlike places such as Europe and Japan, where less than 7% of the classical music audience are under 31, Lionel explained how guest pianists continually express surprise and joy when they play in Singapore at how many youthful audience members there are.

That youth is perfectly exemplified by Korean piano prodigy Seong-Jin Cho, who was given the honour of opening the festival on 7th June at the prestigious Victoria Concert Hall. At only 24 years old, the boy genius has a quiet, youthful confidence to his demeanour as he began his recital with a round of applause welcoming him onstage. Sitting at the Steinway & Sons, Cho brushed the ivories with a cloth quickly to ensure it was dry and ready for the first piece.

Cho opened his recital with Schumann’s Fantasiestücke, Op. 12. Schumann’s piece is passionate and exuberant, and it takes a skilled pianist to both express that overflow of emotion while maintaining a strong hand to steady and control their playing. Cho is a marvel to watch, expressionistic, yet thoughtful and poetic, and Fantasiestücke was the perfect platform to showcase that trademark expressionism and heart. Cho eases us into the piece easily, taking us on a journey as he brings us through each individual highlight, well maintaining the underlying melody while sustaining his bass clefs with the pedals, while bringing up the right hand melody. By the end of the piece, it was evident he was all warmed up and displayed a glow of confidence as he showed his thorough enjoyment of the piece’s pace, transmitting that same happiness to us as he caressed the keys and brought us through this beautiful song.

In his second piece, Cho tackled Beethoven’s Sonata No. 8 in C minor, Op. 13 “Pathétique”. Cho brings a cheeky, playful edge to this piece, creating suspense as he takes pause and rests between movements, with a strong flair for the dramatic. It’s evident that he’s thought through how he performs this entire piece, creating dynamic pacing between movements and keeping us on the edge of our seats as he moves the piece to a crescendo and takes us on a roller coaster of emotions from start to finish.

In the third piece, after an intermission for him to rest and the audience to digest, Cho finally revealed one of his trump cards – a Debussy piece, specifically, Images, Book 2, which he had previously released in his 2017 sophomore album. Images, Book 2 is a dreamy piece, and one that Cho handles well as he floats us through this surreal escapade, creating lunar imagery from pieces such as the famous Clair de Lune and Et la lune descend sur le temple qui fut, the latter of which filled us with trepidation, the secrets and mystery of the night, almost as if the movement itself whispers into our ears.

Having shot to fame after winning the 2015 International Chopin Piano Competition, it makes sense then that Cho would end off the entire recital on a high note with Chopin’s Sonata No. 3 in B minor, Op. 58. The piece is fast and furious, a challenging song that is incredibly demanding on the pianist. However, Cho handled this song skilfully, and it’s easy to see how he won the Chopin competition – he executes each note crisply and articulately as they resonate throughout the Victoria Concert Hall, and one can practically envision Chopin’s fascination with the Oriental from this song, imagining gold light on water or lacquered goldfish splashing about in a bowl. This is a song that proved his repertoire, one that required technical expertise, concentration, strength and power. Cho is in complete control as the song reaches an agitato, and proves that he puts the Cho in Chopin as he delivers the sound of this explosive, transcendent sonata to bring his recital to a brilliant close.

With this recital, it’s all the proof one needs to see that classical music lives on in youth, with Cho being the perfect example of how good training and practice, a little luck and unbridled, passionate love for the art can take you far, resulting in the moving, energising SIPF opening we saw today.