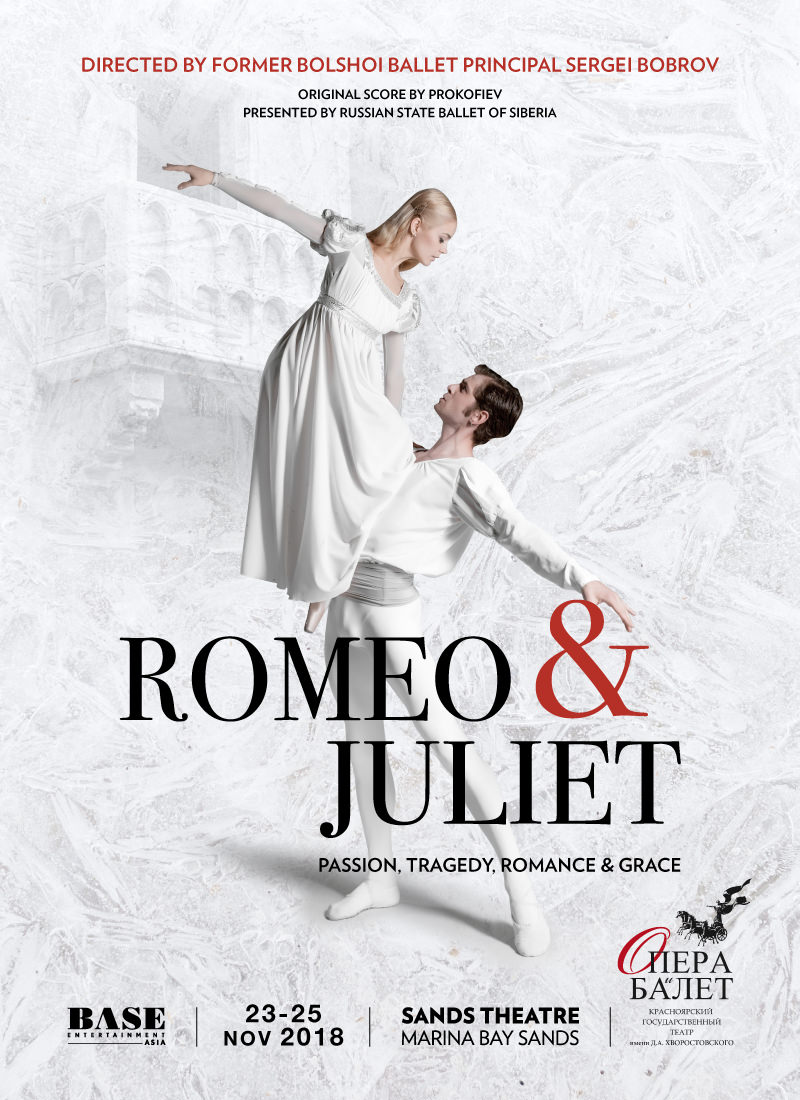 First premiering in 1938 in the Czech Republic, Prokofiev’s Romeo and Juliet has remained one of the best loved ballet adaptation of Shakespeare’s timeless tale of young love and the tragedy of passion throughout history. This year, BASE Entertainment Asia is proud to present the Russian State Ballet of Serbia’s version of the classic production, directed by artistic director and former Bolshoi Ballet principal Sergei Bobrov.

An honoured artist of Russia, Romeo and Juliet was was recognized as one of the best performances of the season in 2007 in the UK, and has been praised as passionate and stylised, intimate and thoughtful, bringing to colourful life the tale of two warring households in Renaissance Verona and the two star-crossed lovers whose doomed romance only grows ever stronger amidst it. Brimming with emotional choreography and grand scenography, this is one version of Romeo and Juliet you won’t want to miss this season.

Romeo and Juliet plays at the Sands Theatre at Marina Bay Sands from 23rd – 25th November 2018. Tickets available from SISTIC

0 comments on “Preview: Romeo and Juliet by Russian State Ballet of Serbia”