Put on your nostalgia goggles for this monologue about people and places past, laced with a pinch of death and loss.

To call a stretch of land your grandfather’s road sounds like an audacious claim. But for theatremaker Neo Kim Seng, that claim is rooted in truth, with Neo Pee Teck Lane quite literally named after his paternal grandfather.

My Grandfather’s Road is adapted from Kim Seng’s book of the same name and takes the form of a monologue, giving Kim Seng a chance to tell his story and recount his fond memories growing up with his family on the safe haven that was Neo Pee Teck Lane. The stage set up is simple – one table and two chairs, a projection screen displaying a slideshow of vintage, monochrome photos of Kim Seng’s family, and the old road sign for Neo Pee Teck Lane hanging above from the ceiling, now belonging to Kim Seng’s family after a successful auction bid.

Instead of Kim Seng himself telling the story, actress Karen Tan has been tasked to perform the monologue, playing Kim Seng himself. Although the casting choice of Karen may initially appear to be a strange one, it turns out that Karen and Kim Seng have known each other since 1990, making them staunch friends for nearly three decades. It makes sense then that she has been chosen to tell this story, as Kim Seng. To play the part, she even puts on a pair of New Balance trainers (a brand that has become synonymous with Kim Seng’s footwear), as she recounts the process of unravelling the history behind Neo Pee Teck Lane. My Grandfather’s Road plays out like an investigation, as Kim Seng embarks on an extensively researched and nostalgia-laden journey, interviewing relatives and other members of the Neo clan (including many he never knew he had connections to) as he attempts to piece together a complete story of his childhood and the image of a Singapore long gone.

Kim Seng’s script is richly poetic at times, and is most successful the more detail he includes. There is a constant, ongoing obsession with the erosion of geography as he takes note of changes in block numbers over time and the exhumation and migration of bodies and urns across various cemeteries to columbariums over the years. From the fact that the entire play revolves around growing up on his grandfather’s estate, My Grandfather’s Road is always anchored by a strong sense of place and the importance of having a physical space to harbour memories and the past, and one physically feels the how much impact there is each time Kim Seng recounts how much a location has changed over time. One particularly standout sequence recalls an ordinary, yet fundamentally happy day spent at the now defunct Pulau Pasir beach, steamrolled and reclaimed to make way for the West Coast Highway and gone forever, and it is the familiarity of such a scene that grants us the emotion to feel the impact of its loss.

At other times, all Kim Seng needs to recount can be as relatable and simple an act as tasting the nectar of ixora flowers growing at his grandfather’s estate in his childhood, to watching films at old cinemas, or taking trick photos with his siblings (before the invention of Photoshop). All of these are aided by the nostalgic photos displayed onscreen, and there was a distinct sense of warmth produced in the theatre, as family members and friends in the audience reminisced about the past while they indulged in these memories alongside Kim Seng, helping each of them vividly remember their own ‘ixora stories’ growing up.

There is a streak of darkness and pain that undercuts My Grandfather’s Road, and Kim Seng frequently harks back to his fascination with horror films and scenes of death, ranging from his obsession over The Exorcist to the constant visiting and revisiting of graves and tombs throughout his life. This is simultaneously intertwined with an intense regret at not connecting more strongly with his family (particularly his late father), and My Grandfather’s Road then becomes a means to reach out, remember and renew these relationships with his family.

Initially written as a book, My Grandfather’s Road often feels heavy and ready to burst forth with its sea of information and memories. There are times it can be hard to follow, but it is the earnestness and sincerity with which these anecdotes are written that allow these memories of growing up to ultimately hit us emotionally.

The Singapore of the past in My Grandfather’s Road is vividly painted by Kim Seng’s evocative descriptions and attention to detail, a familiar and relatable portrait of family ties and fond memories of a childhood well spent. There are moments we ache with nostalgia for this forgotten country now populated with highways and high-rise buildings, but My Grandfather’s Road isn’t a call to stop progress and live in the past. Rather, it is a reminder to us all that while things may change, it is these memories and stories that live on in those who lived it and continue to tell the tale. 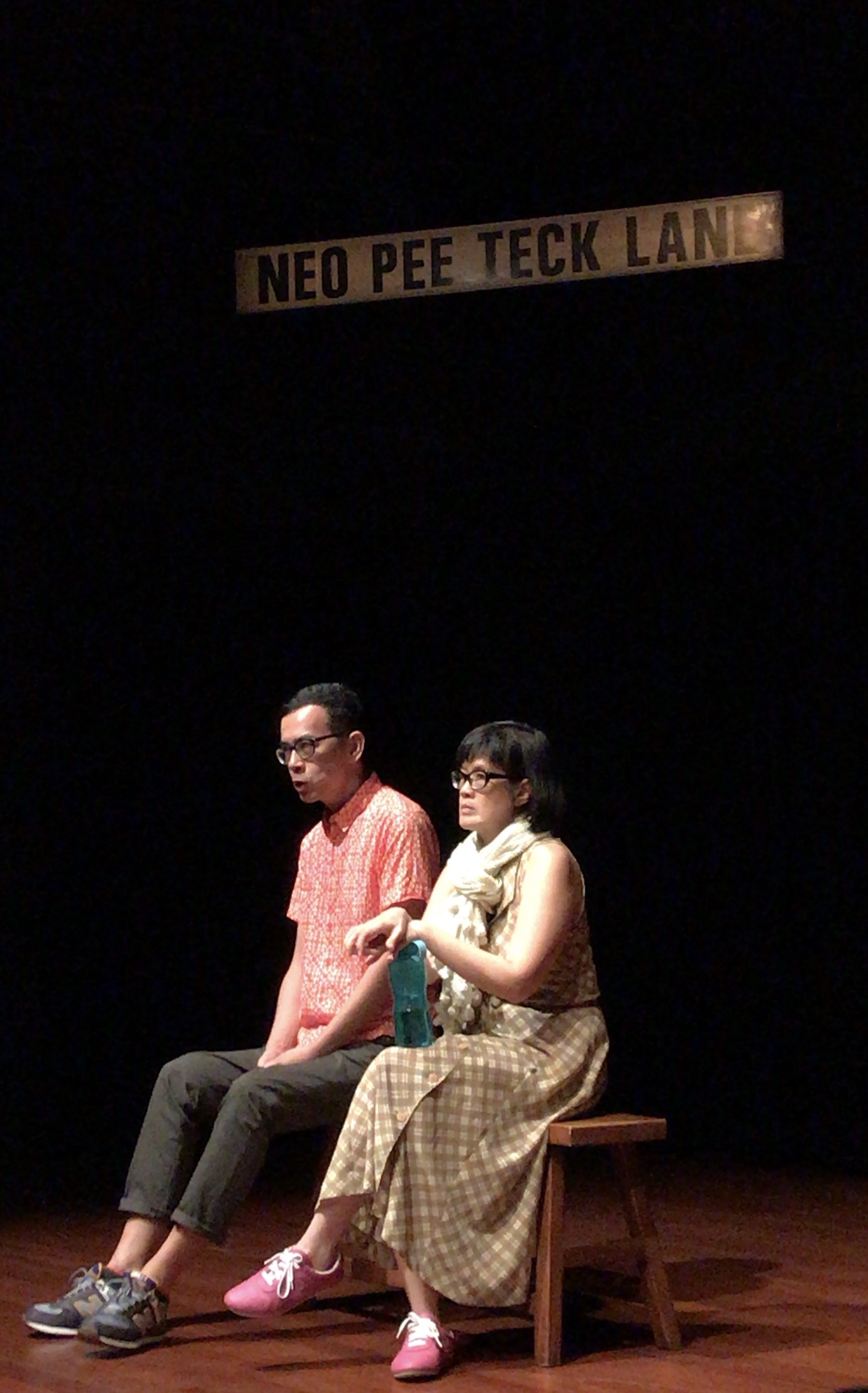 Photos from Neo Kim Seng, on My Grandfather’s Road

My Grandfather’s Road will be performed at the Centre 42 Black Box in English on 14th and 16th June (8pm) and 15th June (3pm), and in Cantonese with English surtitles on 15th June (8pm), 16th June (3pm) and 17th June (2.30pm). To book tickets, email Kim Seng at nptlane@gmail.com, and visit their website for more information. For those interested in watching both English and Cantonese versions, a special concession rate of $18 per ticket is available when buying both, do indicate this when emailing Kim Seng.