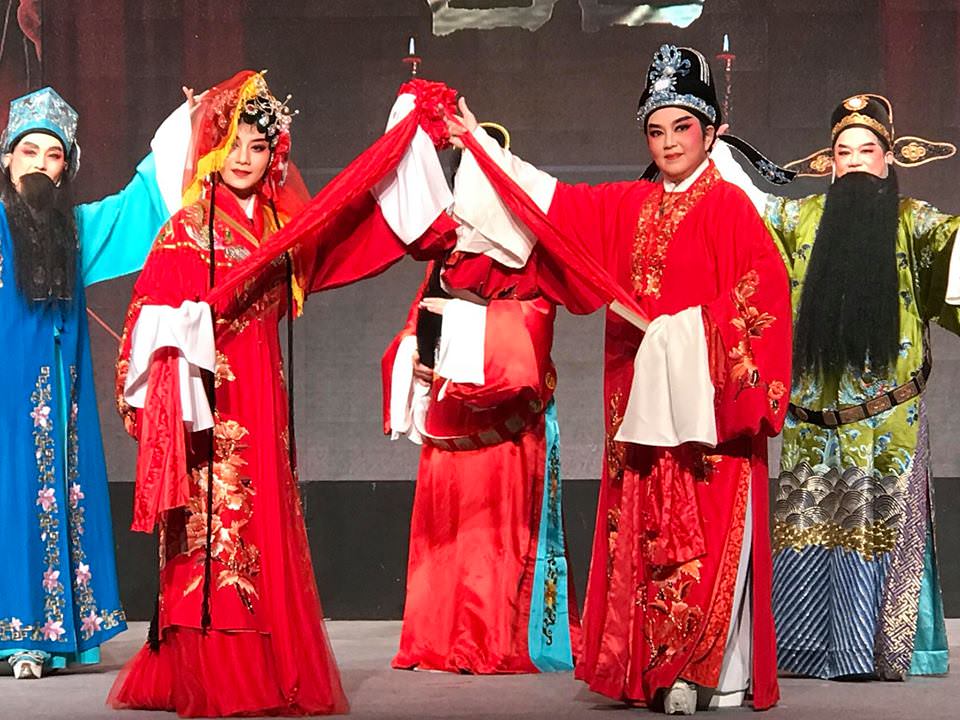 The Chinese Opera I experienced growing up was always a very communal type of activity. Setting up makeshift stilt stages on the roadside, I’d join my excited grandparents as they dragged us along to watch in the evenings, particularly closer to the seventh month periods. As much as I never did master any dialect, these operas remained a fascinating aspect of my childhood as the performers sang and moved elegantly, capturing our attentions for a good hour or so. 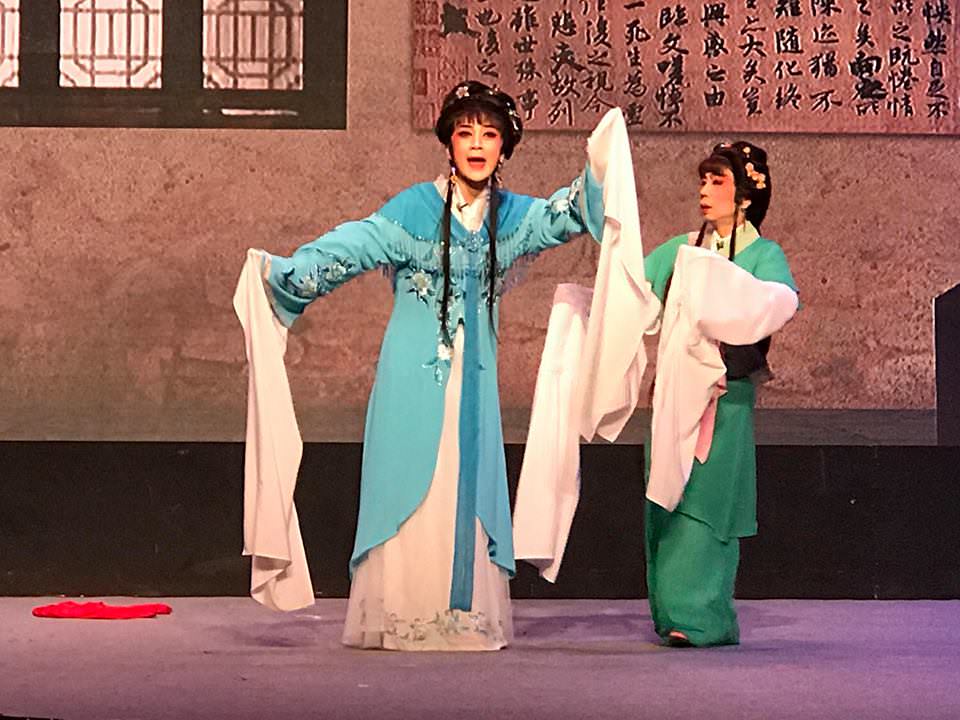 Opera now though, has become very different. No longer as visible as it once was, it remains alive in a very different form. One such group of course, is Teochew Opera troupe Nam Hwa Opera, who performed to sold out crowds at the Singapore Chinese Cultural Centre auditorium with two shows last weekend, evident that there is still very much fervent support for the local opera scene. We were probably amongst the youngest members of the audience there, many of which had accompanied their parents and grandparents to the show, and the hype and energy in the air that emanated from these seniors was undeniable. 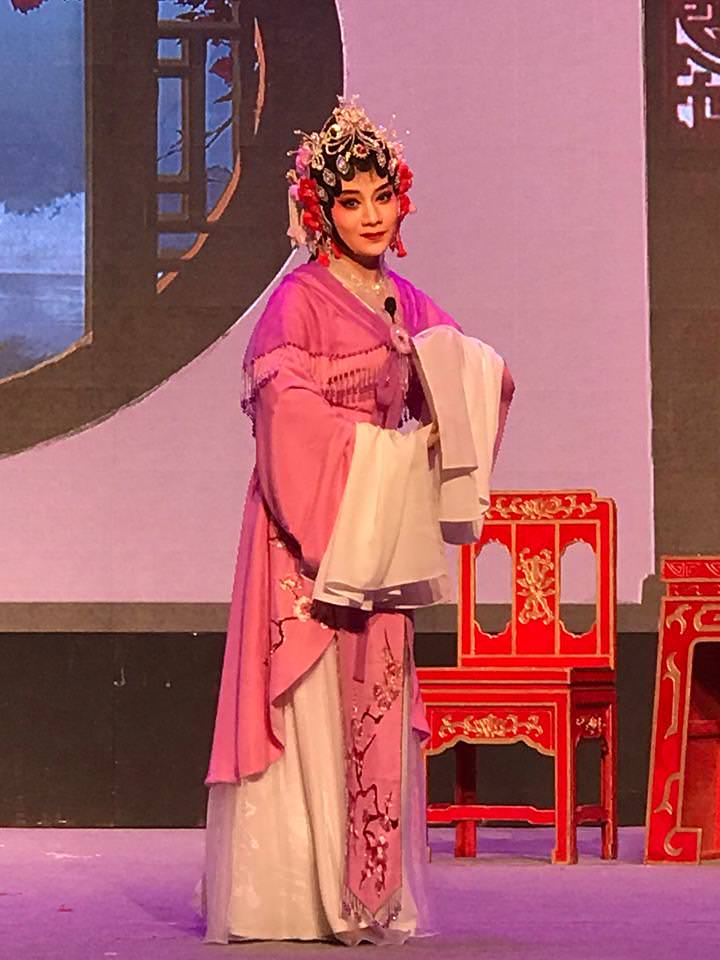 In ‘modernising’ Teochew Opera, Nam Hwa has opted not only to bring the performance into a professional venue, but also involves youths in the creation process, ranging from musicians to play live music for the opera as part of the Nam Hwa Youth Ensemble, to ITE students designing the LED screen backdrops for the performance, as well as including surtitles in both Mandarin and English. As different as it looks from Chinese Opera of the past, the spirit of tradition is still the same, with the primary focus still on strong singing and performances, and elaborate, eyecatching costumes and makeup. 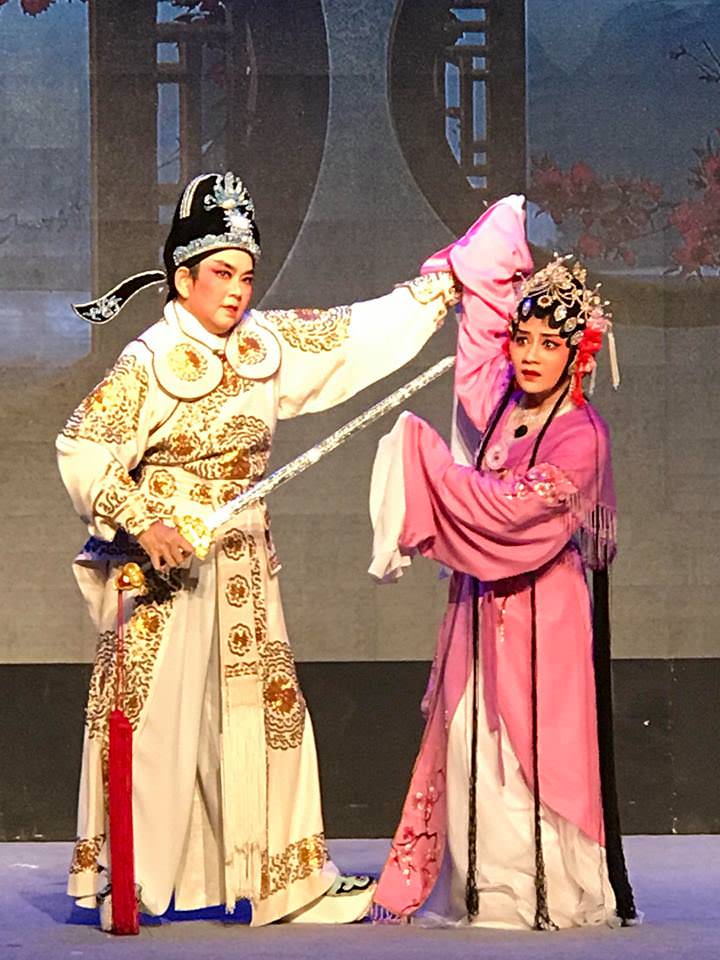 In Prosecuting the Husband《告亲夫》, performed last Friday, we witnessed a well-told morality tale, easy to follow every step of the way with distinct characters and a simple plot, a good introduction for newcomers to the Teochew Opera scene, and a good performance for the veteran fans. There are plenty of timeless values and morality issues that come in this story of a once gallant scholar who spirals into a dark, bloody descent of crime as he attempts to cover up his scandalous past, and the opera’s central conflicts lie in the tensions between family and justice, as his wife and lover struggle to prosecute him for his misdeeds. 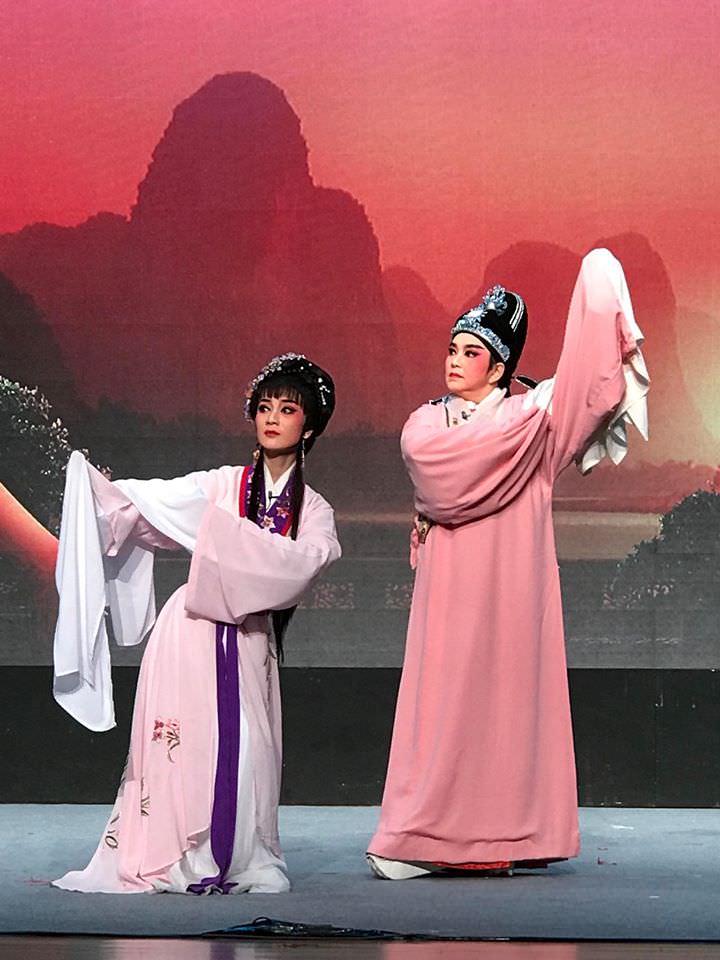 Nam Hwa Opera has honed their craft well, and Prosecuting the Husband is led by a strong main cast. Antagonist Gai Liang Cai (Lee Lai Leng) is suitably menacing, utilising his masculinity and status as a weapon to bully those beneath him, with good onstage chemistry with his lover Yan Qiu Rong (Li Lv Qiao) and wife Wen Shu Zhen (Chen Yuzhi), a strong tension as he faces off against them. A standout would also be Tang Ong Ah as Qiu Rong’s plucky handmaiden Ruo Yun, who performs her character’s unfaltering loyalty and dedication to her mistress well. Finally, Nam Hwa veteran Tan Kah Noi as magistrate Gai Ji Gang brings both authority to her role and vulnerability as her character chooses between dispensing justice or prosecuting his son, spelling the end of the Gai family line and a tragedy either way, the uncertainty in her eyes translating into nervous energy from her character’s physicality. 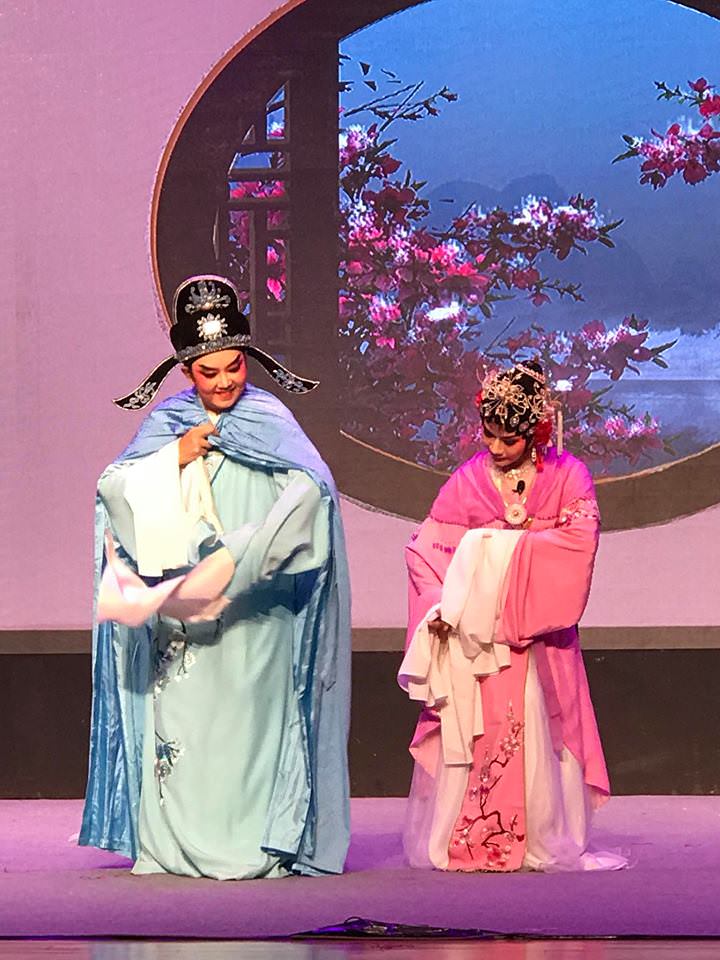 All of these emotions are further heightened by the precise makeup painted on these characters’ faces, with each thick eyebrow emphasising every look of shock or rosy cheeks heightening the feelings of joy. The makeup is so well-stylised, it hides the female actors’ femininity by sharpening and hardening their features, and combined with their performance, allows them to metamorphose into a believable male character. A lot of detail has gone into the other elements of the opera as well – when Liang Cai opens a window for example, one hears a creak coming from a Chinese stringed instrument played live, as opposed to a sound effect. The gorgeous digital backdrops help lend an air of grandeur and depth to each scene, and in the climactic final court scene, one feels the vibrancy of the court from the seriousness with which they treat the scene, from ritual shouting from the guards to the deliberateness and weight of every hand gesture and movement made by magistrate Gai Ji Gang, making for a fitting arena for the final showdown. 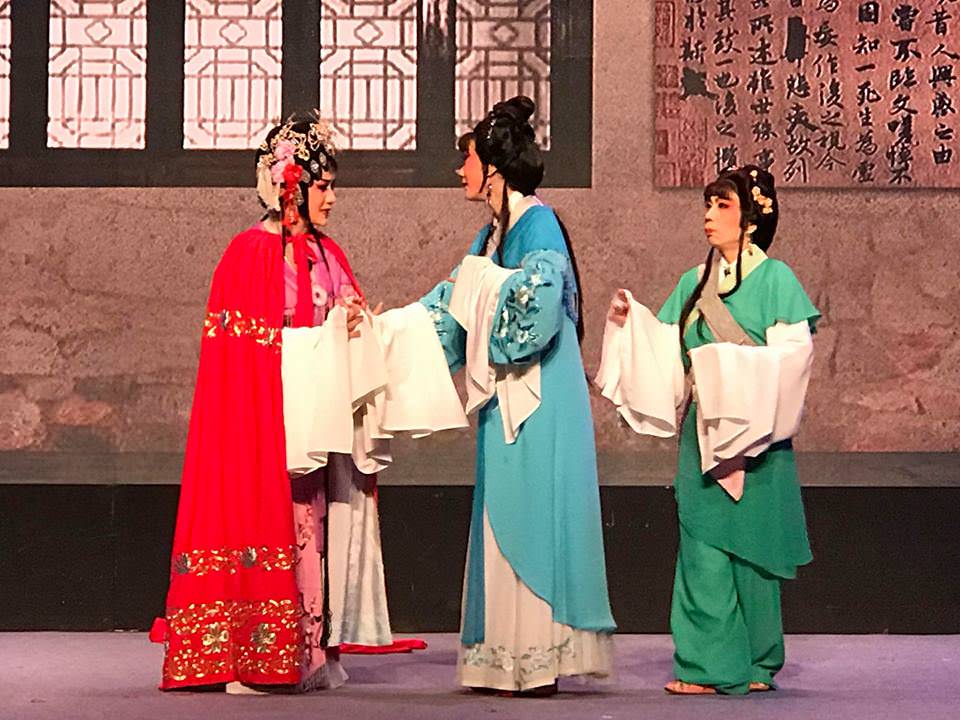 In all, Prosecuting the Husband is a classic, yet timeless story of justice triumphing over evil, no matter how difficult that choice may be. Buoyed by strong performances from the entire cast, it is a reminder that there is hope no matter how bleak the situation feels, and a realisation that Teochew Opera is very much an art form that still has its place in today’s world, and that Nam Hwa is more than ready to welcome new audiences into its fold.

0 comments on “Review: 《告亲夫》Prosecuting the Husband by Nam Hwa Opera”