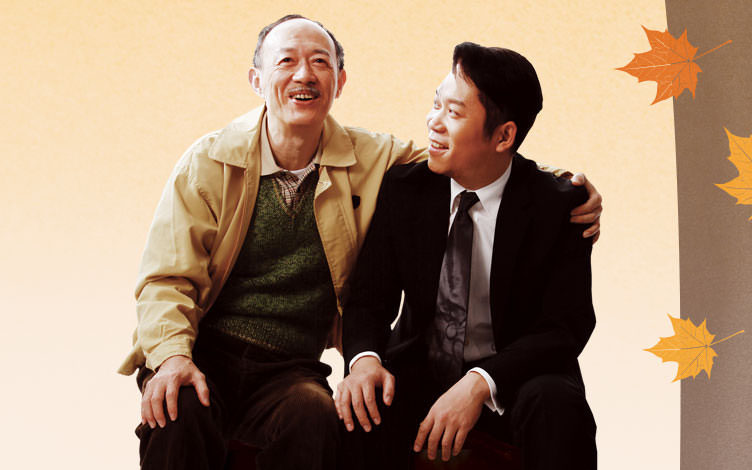 Based off the memoir that shot American author Mitch Albom to fame, Taiwan’s Godot Theatre Company will be presenting their smash hit stage adaptation of Tuesdays with Morrie at the Esplanade next week!

As a memoir, Tuesdays with Morrie found resonance with audience members worldwide when it was first published in 1997. Tuesdays with Morrie follows Mitch as he spends every Tuesday with his college professor Professor Morrie Schwartz, who teaches him about what it means to live a meaningful life, even as the latter is slowly fading with his affliction of terminal Lou Gehrig’s disease. In Godot Theatre Company’s stage version, the story has been translated into Mandarin, and has had a successful run since its premiere in 2011, playing over 200 shows in total over the past 7 years. 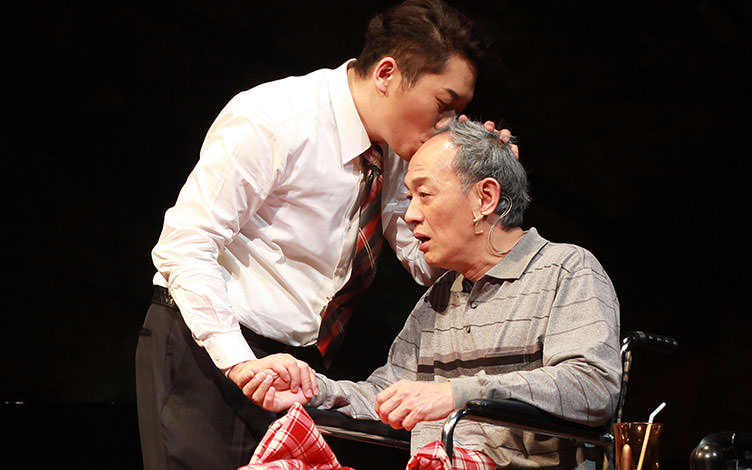 On the conception behind the show, America-based director Daniel Yang says: “Back in October 2010, I remember it was a Saturday, and I was to leave for Shanghai to direct a play. I saw that there was an Utah Shakespeare Festival, and I could technically make it for the matinee show of a production of Tuesdays with Morrie in English. I dropped everything and drove myself and my wife up 200 miles for three and a half hours just to watch it, and it was worth it. I raised the idea to the Godot Theatre Company, and told them to be prepared it probably wouldn’t raise any money. They then told me that the book was translated into Mandarin and actually sold 70,000 copies in Taiwan, and said that it would probably sell very well in fact. I believe a lot in the idea of ‘yuanfen’ or predestination. Can you imagine, if I never drove up to Utah, there wouldn’t be this show at all today?” 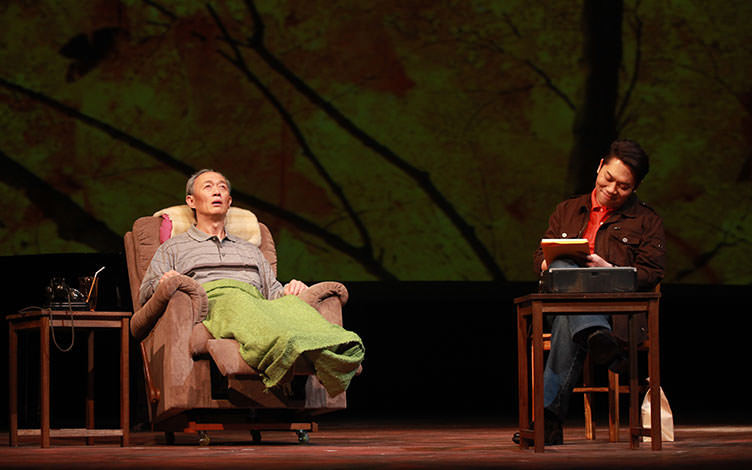 Daniel is an experienced director of Shakespeare, and in his career as a director, focuses on creating a minimalist aesthetic in his plays, with Tuesday with Morrie being no different. Says Daniel: “Onstage, it’ll initially look like a completely blank space, save for one table and two chairs in the corner, a theatre concept derived from the convention for traditional Chinese Opera. My staging is actually very simple, and from literally being one table and two chairs, these set pieces will transform into other objects, such as a sick bed or an armchair, helped only by projections that bring out the emotions and set the localities these characters find themselves in. This kind of staging closes the distance between actor and audience, and even though the Esplanade is so big, I believe that it will still work to create that proximity and intimacy.”

He continues: “In Tuesdays with Morrie, even though it’s about two and a half hours, you will not get bored. There’s a lot of humour, there’s a lot of tears, and sometimes, you’ll get humour amidst the tears and tears amidst the humour, and I’m really glad we managed to achieve that, and how, after the Singapore run, it’ll have reached over 200,000 audience memebers over its 239 shows.” 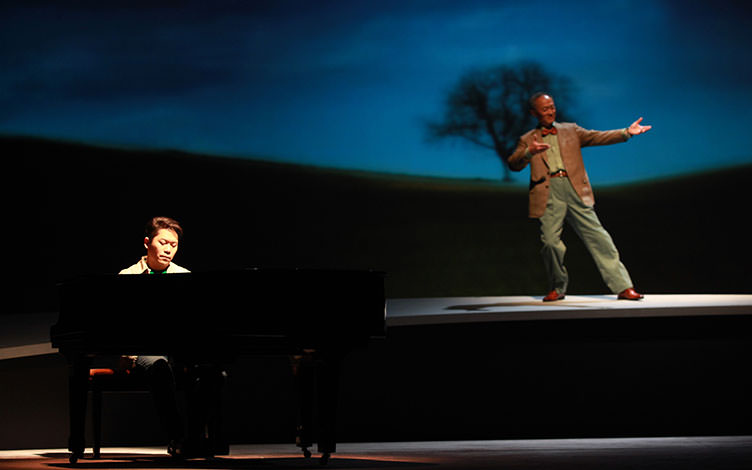 Playing Professor Morrie is Golden Horse Award-winner Jin Shi Jie. On why he decided to take up the role, Jin says: “When I first read the book, I thought it was very well written, but thought it was going to be very difficult to translate into a stage play. After all, who would want to spend two hours at the theatre watching a man talk to his professor? But when I read the script, I thought it was really beautifully adapted, and they really brought out the power of seeing two people have such frank, real dialogues on stage. It’s a story about life, and it’s so sincerely done, not played for melodrama at all.”

Opposite Jin is host Pu Xueliang, playing the character of Mitch. On why he joined the show, Pu explains: “It’s very simple really – it’s a dream, not just for me but for so many actors to act opposite Jin Shi Jie! It’s challenging to have just him and me onstage for the entire time, but I was excited after reading the script, because it was going to be a character I had never performed before.” 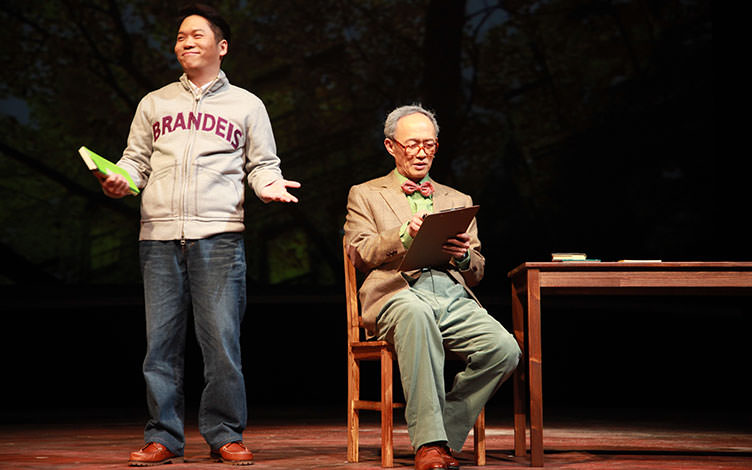 As for why it would resonate with Singaporeans, Jin says: “When Tuesdays with Morrie was being staged in Shanghai, they warned us that the audience was used to seeing more humorous pieces, and it was going to be tough to just go onstage with two people doing a ‘serious’ play that wouldn’t get them excited. We were very nervous, but the result was that the audiences fully understood and appreciated all that was happening onstage. It didn’t matter whether it was Shanghai or Beijing, all our audiences loved it and kept asking us to stage and restage it again. I’m sure in Singapore, it’ll receive the same warm reception, because it has such universal, resonant themes – it has a big heart, it’s moving, it’s funny, and it knows exactly how to draw you in to appreciate this story about life itself.”

Says Pu: “This is a story about life and about death. It’s topics that all of us will encounter in life at some point, and I believe the words and lessons will really resonate with audience members who come down. Everyone will see the show differently, but there will always be something that they can take away from it after watching the show. I really hope Singaporeans will come down to watch this show, and learn a thing or two from Mitch and Morrie!”

0 comments on “Tuesdays with Morrie: An Interview with Director Daniel Yang and Cast Members Jin Shi Jie and Pu Xueliang”