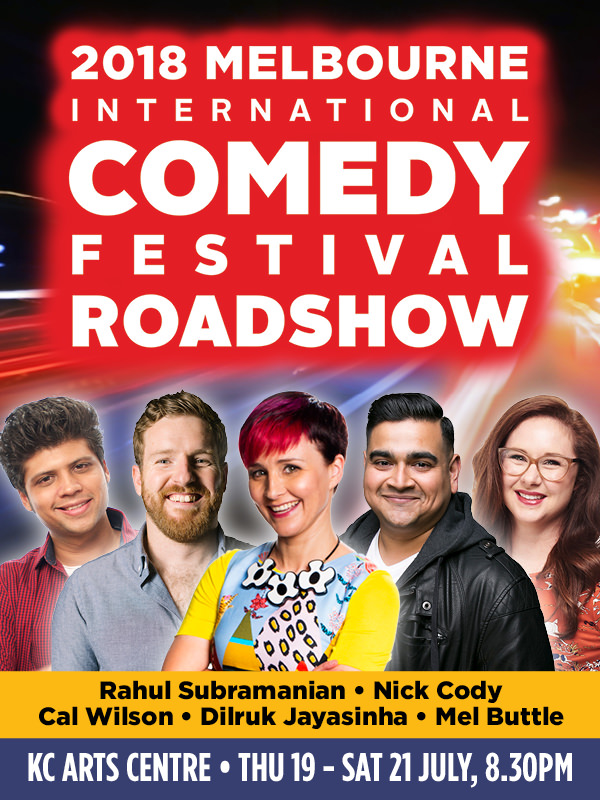 The Melbourne International Comedy Festival Roadshow, Australia’s biggest comedy festival, has become somewhat of a mainstay after making its way down here year after year. Returning once again this week after a riotous edition last year, this year’s edition will feature another five of the best laugh out loud comedians from Down Under as they joke, cajole and sketch their way to evoke the biggest laughs for three nights only.

Each of the diverse and dynamic comedians this year have been handpicked to bring their A-game to Singapore. There’s the bright and bubbly Cal Wilson, having risen to become one of Australia’s favourite comedians with her skill at improv and having appeared on Tv shows like Have You Been Paying Attention?, Spicks and Specks and Good News Week. The there’s the charismatic ‘true blue Aussie’ Nick Cody, who, at only age 30, has already headlined comedy clubs all over the globe, as well as the relatable & hilarious Mel Buttle, a seasoned writer and frequent appearance on Australian and New Zealand TV. Finally, Mumbai-born rising star Rahul Subramanian’s goofy stage persona will charm you, while Sri Lankan born, Aussie-based Dilruk Jayasinha has never looked back from his comedy career, and is perhaps the most senior of the five, having performed at seven Melbourne International Comedy Festivals.

Get ready for some side-splitting comedy action with the return of everyone’s favourite Melbourne International Comedy Festival Roadshow in Singapore, as these Aussies take the country by storm as they prove that comedy is a very serious business in a night of exceptional entertainment.