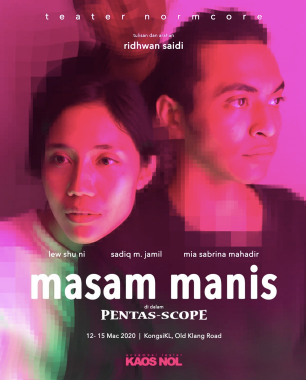 Ridhwan Saidi adapts P. Ramlee’s classic film with a dose of social commentary. Performed at KongsiKL, the newest edition of Kaos Nol’s Teater Normcore series feels like a form of […] 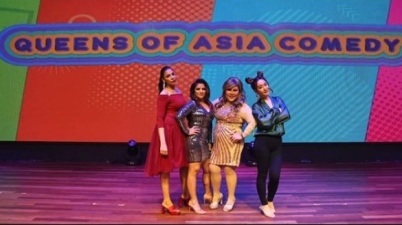 Strong showcase of female comedians in celebration of International Women’s Month. KUALA LUMPUR, MALAYSIA – Joanne Kam is Malaysia’s reigning Queen of Comedy. So it makes complete sense to have her […]

Kam and Support The Queens of Asia Comedy (Preview)

In conjunction with International Women’s Day 2020 this March, get ready for KAM Productions as they bring the first ever Queens of Asia Comedy Special to Kuala Lumpur and Singapore […]

Putting elderly issues and caretaker’s lives in the spotlight with a touch of comedy.  Learning is a lifelong process. And for 68-year old Savitri, that’s a saying she’s taken completely […]

Preview: Am I Old? by Sharul Channa

Fresh from a laugh out loud stand-up performance on Valentine’s Day, local comedian and actress Sharul Channa’s is already hurtling into her next performance of 2020. Following on from the […]

Review: The Rishi and Sharul Show 2

★★★★☆ (Performance attended 14/2/20) 2 is better than one as comedy couple Rishi Budhrani and Sharul Channa join forces in a one-night only Valentine’s special. “How do you keep the magic […]

Laughter Is: Kenny Sebastian’s The Most Interesting Person In The Room (Review)

With nearly 2 million subscribers on YouTube, an Amazon Video series, a Netflix special and still more, at just age 28, comedian Kenny Sebastian is nothing short of a success […]

Over the weekend, local comedy club the Merry Lion Comedy Cafe and Bar played host to Malaysia’s Funny Business, bringing in four of the hottest comedians from across the Causeway […]

Bombay-based stand-up comedian Kunal Kamra arrives at the Nexus Auditorium this February to deliver his signature brand of comic punches, insights, and truth bombs, with a re-run of his previous […]

Laughter Is: An Interview with Kenny Sebastian – The Most Interesting Person In The Room

Kenny Sebastian has had one heck of a fascinating childhood. Born to a father in the Navy, Kenny grew up travelling across various cities in India, never staying in one […]

Funny Business KL is crossing the Causeway and parking right at Singapore’s Merry Lion Club this weekend, with a double headliner act supported by rising stars of the Malaysian comedy scene […]

Laughter Is: The Try Guys Legends of the Internet Tour 2019 (Review)

Giving the fans exactly what they want at their tour’s only Southeast Asian stop. There’s something altogether fascinating that each time entertainers who’ve made it big via a medium such […]

Laughter Is: Dylan Moran Live in Singapore This December

Fun night out hearing new voices on the local comedy scene. If there’s something to be said about Singapore’s comedy scene, it’s that more than ever, there’s an increasing number […]

The latest edition of the annual comedy roadshow brings more laughs to the Singapore crowd.  If there’s one comedy event we can count on to come back every year, it’s […]