Located in the heart of the Civic District, The Arts House building has taken on many identities since its humble beginnings in 1819. Since then, Singapore’s oldest colonial building has grown to become a Supreme Court, Parliament House, and finally, its current incarnation as a home for the arts from 2004.

In particular, The Arts House has increasingly been carving out a niche for itself as a literary hub, presenting works of the literary arts and celebrating local and international artists who create written and spoken word. This is evident when one considers how its biggest events have often centred around the genre, such as this year’s festival of words Textures, while the more recent LumiNation, showcased how they’ve gone beyond the literary arts alone by tapping on their long history to explore the diversity of our own Singaporean heritage and identity. The Arts House has, of course, also served as a venue for events such as The Singapore Writers Festival and StoryFest, and as part of Festival Director Gaurav Kripalani’s inaugural edition of the Singapore International Festival of the Arts, became a hub for discussion and events as the Festival House.

In an exclusive interview we held with the Arts House team, they revealed an exciting, upcoming new project. Pen the details down and ready yourselves for the Arts House to push the boundaries of the literary arts once again: before the 2018 edition of the Singapore Writers Festival takes over their space once again this November, the team is set to launch an all new set of programmes come October 25th. Titled In My Humble Opinion, the bi-monthly series of book club style events will be tackling classic works of non-fiction, starting with Malcolm Gladwell’s The Tipping Point, before moving on to books such as Edward Said’s Orientalism, George Orwell’s Down and Out In Paris and London and Rachel Carson’s Silent Spring. 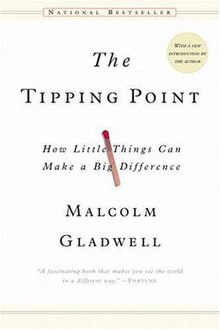 Says Programmes Manager Shridar Mani: “Even though some of these books were written decades ago, they raise ideas and issues that are still very relevant today, and In My Humble Opinion is to act as a starting point for people to learn how to discuss these issues we’re encountering on a daily basis. It’s about engaging people beyond a classroom setting, and we’re starting with The Tipping Point to look at how we as individuals impact and provoke change in society.” Says Arts House Limited’s Head of Programming Jobina Tan: “We’ll be organising these sessions with Cheong Suk Wai. She used to host The Big Read Meet with the National Library Board, so she’s very well-versed in facilitating discussions and knows how to create this safe space for people to open up and share, so that people in attendance can grapple with the topics better and gain a balanced perspective. Hopefully, it becomes another cornerstone programme for the Arts House.”

The programming team of course, doesn’t work alone. They’re also assisted by the very capable communications team, led by Head of Communications Carolyn Tay and Assistant Manager for Marketing and Communications Willy Beh, both of whom we’ve come into contact with countless times over the many events attended at The Arts House. The communications team’s involvement is integral in making sure programmes are successful, working together with the programmes team to relay and communicate information about events to members of the public to ensure good attendance of the right audience. In a sense, the entire Arts House is a single cohesive unit and one big family, working towards a single goal of ensuring the building truly becomes a hub and a home for the arts.

The Arts House’s goals then, ultimately go beyond simply acting as a house for words, but to become the space for visitors to gather and learn to connect with these words on a deeper level. Says Shridar: “Books aren’t set in stone, but act as a starting point. In Western countries, bookstores, for example, act not only as a space of transaction but as space for discussion and for exchanges of ideas. There’s this need to start talking about these things, and build up a larger community from these basic building blocks we’re putting in place with our programmes.”

He continues: “Reading is a solitary activity, and we want to be able to create an intimate relationship experience with words and text, even when we bring it into a more public form. We’re not forcing people to read, but we are here to encourage people to engage more deeply and critically with words in all their forms, and to leave behind a positive impact on people.”

Says Jobina: “We don’t want to limit ourselves as just a literary arts centre. We want to reclaim and own the historical and present space we occupy, and to give people encountering the arts the space to appreciate it. I feel like we haven’t really had that space yet in Singapore, to offer people that place to just sit with these words and rediscover them, and shed some light on these topics. As a home of words then, we hope to string together and share these experiences with the public, not just as a passing thing, but something we carefully think through, execute and let it grow from there.”

As to where the Arts House goes from here, Jobina concludes: “We don’t have a huge space, so we’re not expecting a thousand people at once. But the kind of energy we hope to bring across is one of openness and a welcoming attitude towards all. We want people to get interested beyond the linear story, and dig deeper into it. There’s all these unexpected layers to the narrative, these human sides that people can get curious about and feel invested in if we engage them with it, and eventually, want to encounter themselves.”

0 comments on “Building A House With Words for Bricks: An Interview with the Team Behind The Arts House”