SIFA 2018: Concluding Thoughts on A New Director and A New Festival

Nobody likes change. Humans are very much creatures of habit, and when things get shaken up, we naturally feel a little uncomfortable. So it comes as no surprise that when Gaurav Kripalani was first announced to take over as the new Festival Director of the Singapore International Festival of the Arts (SIFA) from 2018-2020, many reflected upon his appointment with a little hesitation and some level of excitement at what we might expect from the next three SIFAs to come, starting with the 41st SIFA in 2018.

If anything, Gaurav has certainly brought a marked, temporal change to SIFA from previous festival director Ong Keng Sen. Shortening the festival into a single 21-day period and shifting it up to April/May was a bold move, leaving the team just eight months to prepare for SIFA 2018 since the conclusion of the previous edition in early September 2017. The festival was jam packed with 59 programmes and 150 events primarily held in city centre venues, with the heart of the festival finding a home in The Arts House turned Festival House, hosting exhibitions, live programmes including talks, book clubs and workshops. 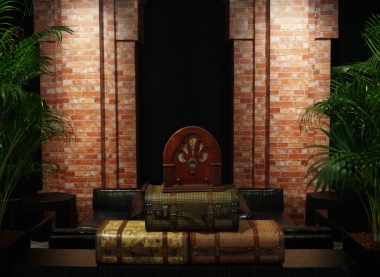 The Festival House also housed Housepour, a chic Manhattan-style lounge for audiences and artists to mingle and relax pre-show and post-show, a stray idea from Gaurav himself brought to life and maintained throughout the festival by Emma Tagoe and her team as they sourced for furniture and even the realistic looking brick wallpaper. For us, the Festival House came to fully espouse the ‘House’ in its name, becoming more like a Festival Home to return to in-between shows, in those hot dreary afternoons where all we wanted was nothing more than a refreshing cold brew from Oriole, as we sat in a comfortable chair soaking in the festival vibes from both the place and people all around us. 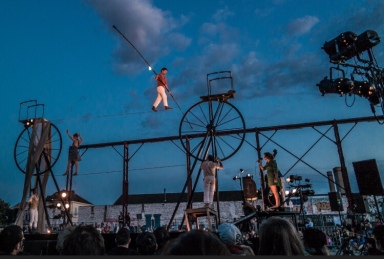 Perhaps the biggest aim of SIFA was to become more inclusive than ever. But this would not be done through a means of pandering to the majority, rather, offering a diverse selection of programmes that would welcome anyone from a curious onlooker to veteran arts patrons. From free programmes bookending the festival to exclusive, accessible ticketing options for youths (85% of the newly introduced $10 Front Row Student Tickets were taken up), SIFA 2018 was out to grow that arts-going audience and set a precedent for the remainder of Gaurav’s stint – that the arts was for all, regardless of social background, knowledge, age or experience, and it was heartening to see large groups of students and youths present at many of the performances we attended, sowing the seeds of the next generation of arts-goers. SIFA’s opening weekend saw an aerial circus theatre, roaming dancers and a Korean indie band take over Empress Lawn, as well as plenty more ticketed shows marking their premieres, starting off the entire festival on a high note with the audiences that came down to catch as much as they possibly could. 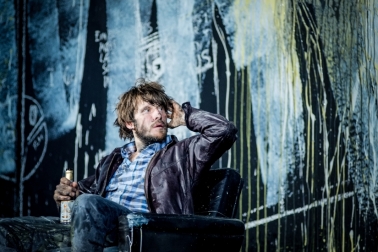 Even with the diversity shown in the programming and no openly stated overarching theme, one felt that, perhaps subconsciously, the SIFA team had managed to bring in works that were all somehow in conversation with one another. Opening the entire festival with esteemed British theatremakers Robert Icke and Duncan Macmillan’s 1984 began the festival with audience members thinking about dystopias, freedom of expression and theatre experiences that would discomfort. Over the rest of the festival, these themes would recur in shows such as L-E-V Dance’s OCD Love, Amir Hlehel’s TAHA, Toshi Reagon and Bernice Johnson Reagon’s adaptation of Parable of the Sower, and epic closing theatre show An Enemy of the People by Schaubühne Berlin, all to very different degrees and presented in varying forms. This was a festival that was all about presenting work that was both technically brilliant and with stories and images that would linger on in the mind for weeks to come. There were very few shows that could be considered straightforward or easy, each one begging audiences to find a partner afterwards to speak with to dissect and ponder over.

But even as we saw a breadth of international performances, SIFA 2018 also saw space and time for local artists to showcase their works too. Commissioning new works according to the theme of Monuments, we saw unique site-specific works by artists such as storyteller Kamini Ramachandran, bringing her storytelling capabilities to new heights as she wove tales in the historic Armenian Church, while new theatre collective Ground Z-0 took over the National Gallery to explore the death penalty with 0600. These unusual spaces offered unique, immersive experiences rarely afforded to the typical theatregoer, challenging our view of what a theatre should be and the very idea of restricting art to dedicated spaces. Both of these works, along with nine others, were completely sold out, and over 55,000 attendees were recorded over the entire duration of the festival. 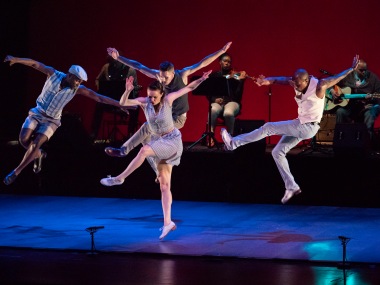 Ultimately though, SIFA has never purely been a numbers game. Sure, it looks great when you see yellow ‘Selling Fast’ messages across SISTIC pages, and a full house has a completely different feel from a half filled one. But the key thing to remember is not the quantity of viewers, but the fact that when you’ve chosen and produced work that has every intent and sincere aim to reach out and touch someone in the audience by connecting in a fundamentally human way, that is what the arts is all about. And in showing us what it means to be human, running us through the gauntlet of complications and possibilities life throws at us in the safe space of these galleries and theatres, presenting mind-bending, awe-inspiring art, SIFA 2018 has been a pretty great first year for Gaurav and team. 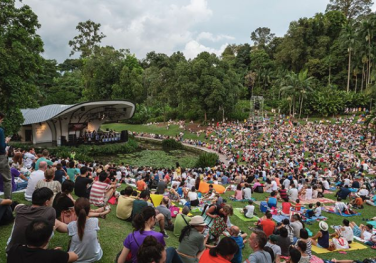 Amidst the packed arts and events calendar in Singapore, SIFA might have found some difficulty in properly announcing the move of the festival to May. Building awareness may not be an easy task, and more needs to be done to engage with the public. But as Gaurav said in his interview with us, by shifting the festival to May, SIFA now occupies its own unique timeslot, and is set to become a mainstay of the Singapore arts calendar to look forward to each year, so long as their presence is firmly established to the public. With these foundations firmly set, any initial doubts we had have been cleared, and we’re looking forward more than ever to see what they’ve planned out for 2019 and beyond. We’re confident that they’ll take what they’ve learnt from 2018 and bring more powerful art and more willing audiences enraptured by the programmes to come, and certain that it’s something we’ll be seeing sooner than ever.

The 2018 Singapore International Festival of the Arts ran from 26th April – 12th May across various venues. SIFA will return next year from 17th May – 2nd June 2019.