When is a house considered a home? Is is simply a place to rest our heads, or does a home necessitate recognising certain icons that make it your own, knowing the building’s secret corners or quite simply, having created unforgettable memories?

While no overarching theme was stipulated, somehow, all three of the ION Art Gallery’s 2017/18 Young Talent Programme winners have emerged to create solo exhibitions that are almost in conversation with each other as they each discuss concepts of identity, unrootedness and alienation through symbols of architecture, houses and homes. 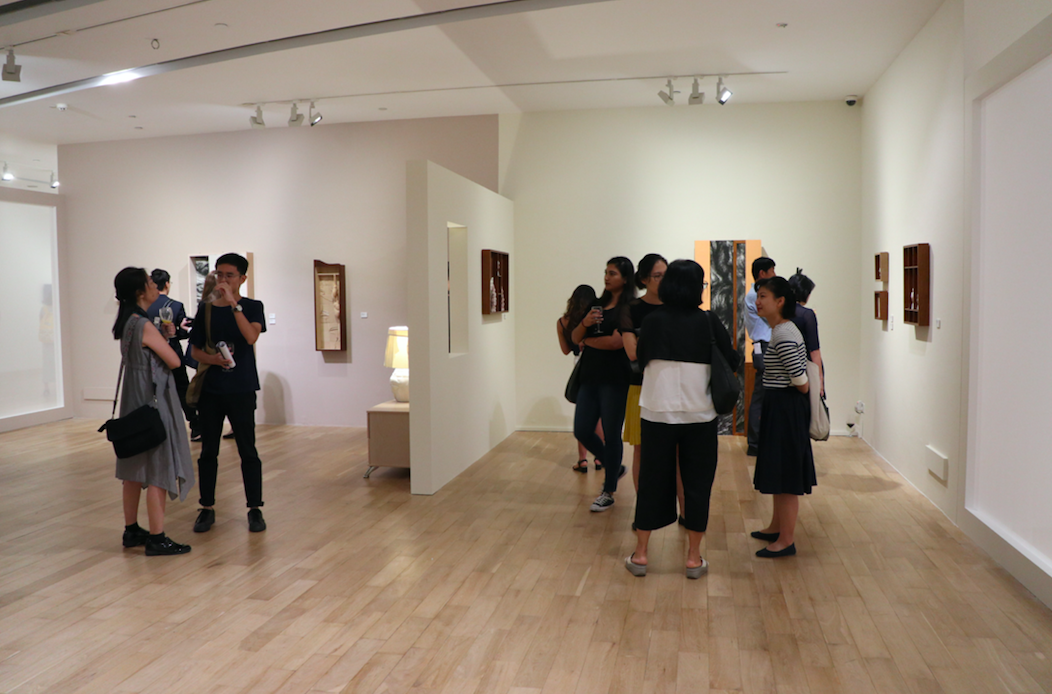 The Young Talent Programme was started in 2012 alongside the Affordable Art Fair Singapore, aiming to provide a guiding platform for talented young artists to showcase their work in the hopes to attracting the attention of galleries and art institutions. In this year’s edition, which runs for three weeks from 31st August to 16th September 2018, the exhibition features works from Bo Sung Yom, Faris Nakamura and Xinwei Che. Each of the three artists showcase their own voice and talent in their deeply personal works, with mediums ranging from sculpture to drawing. 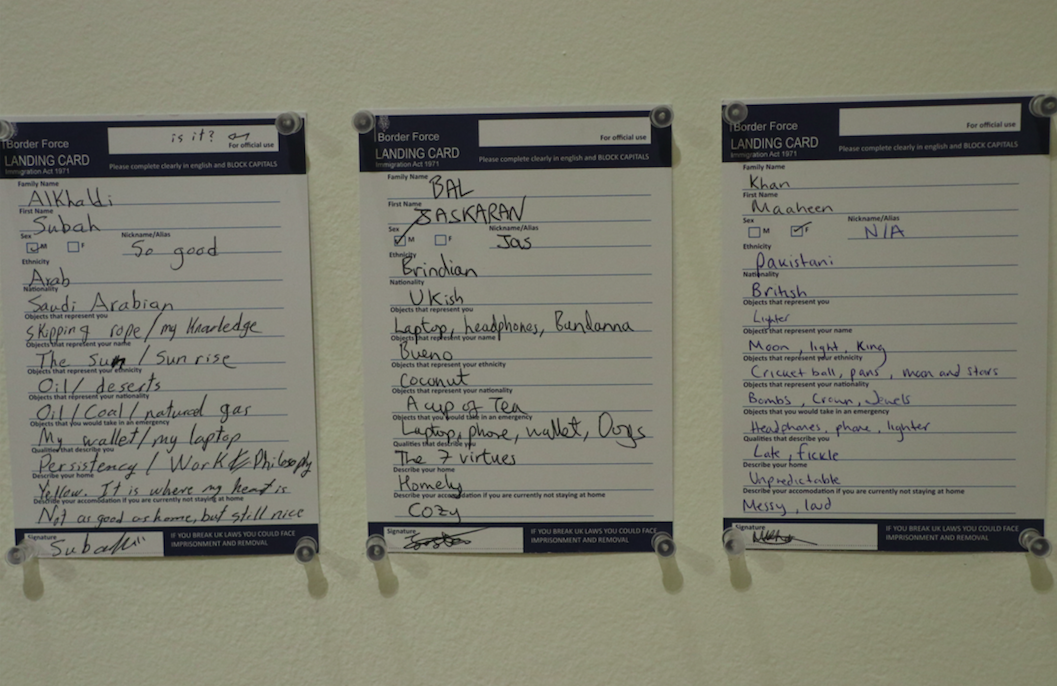 In Bo Sung Yom’s Immigration & Customs, the Korean-born Singapore-based artist explores fears of loss of culture and identity due to immigration, with a series of works that evoke discussions of fragility, to amalgamations of icons that form a chimaera of a sculpture. In Landing Cards (for T5) for instance, Bo designs a series of custom landing cards questioning respondents’ identities, asking them to reflect on words or items that define them as people. 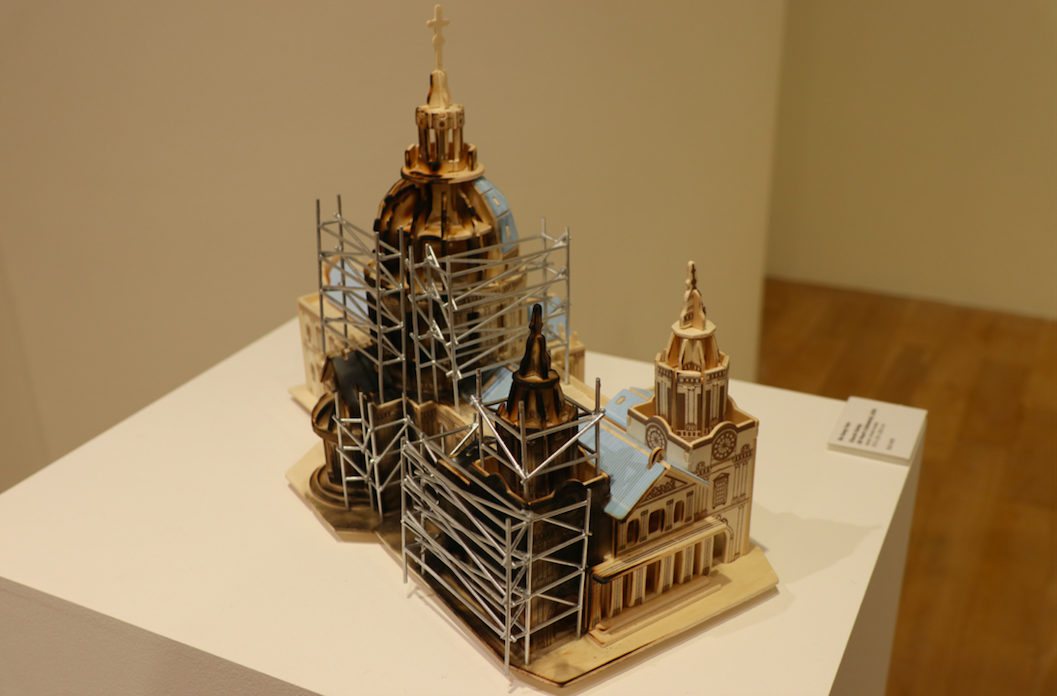 Says Bo, who is about to embark on his second year pursuing a BFA at the Slade School of Fine Art at UCL: “I moved to Singapore when I was 8, and as a migrant myself in the midst of applying for citizenship here, I started thinking a lot about immigration and identity. Being who I am, and being here, I do think about Singapore a lot, but I wanted my work to be a bit more light-hearted and cheeky in their approach to the subject matter.” 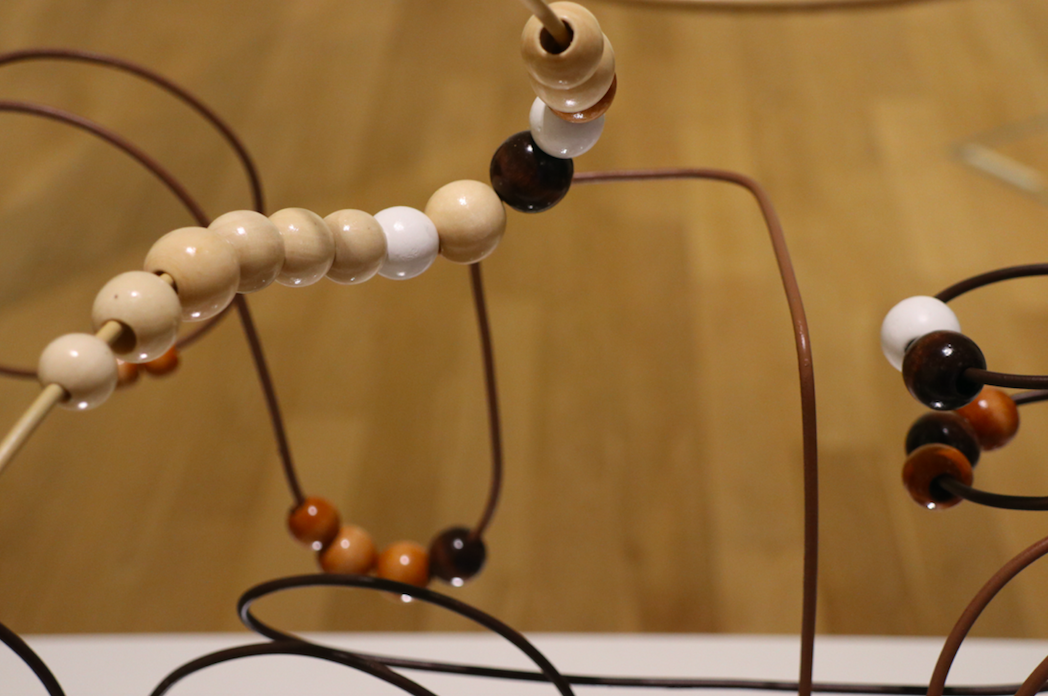 Bo’s other works are true to his word, with many ‘sculptures’ often appropriating Singaporean icons and subverting them, such as a miniature Merlion drinking water with golden metal straws, backgrounded by a mini HDB flat made of country erasers, while in Race, he takes a familiar educational children’s toy and downplays the colours, representing racial skin tones to spark ideas of how we are nurtured to see race from our youth. 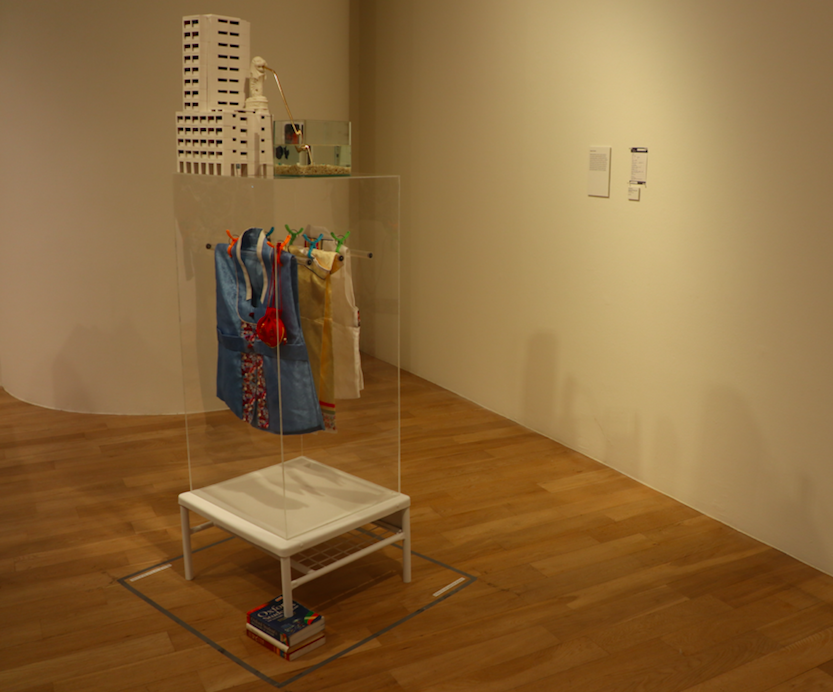 Says Bo: “Over in the UK, I’m often criticised for adding an artist statement or explanation for my work because they don’t believe in text. But for me, comprehension and being able to communicate ideas to my viewers is very important. In terms of the curation process, while the works are loosely connected, it’s really all about having the space to organise my thoughts, and the programme has helped give me a focus and push me in the right direction.” 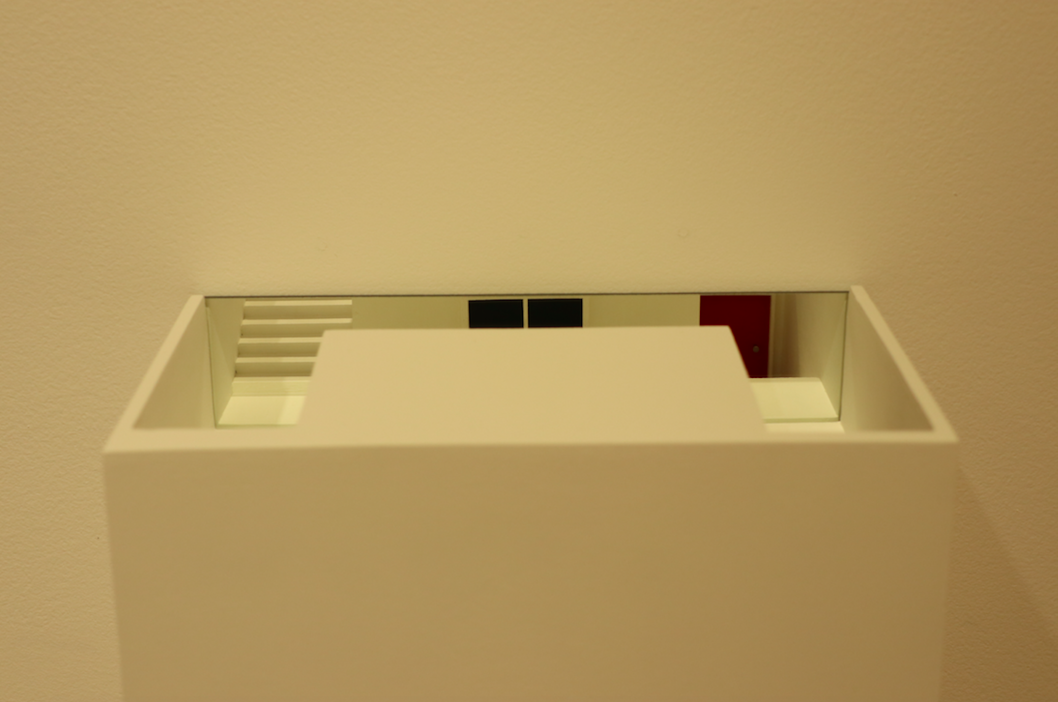 In Faris Nakamura and Xinwei Che’s exhibitions, each artist explores concepts of dwelling spaces and architecture, albeit to varying degrees. Singaporean artist Nakamura’s The Light Between Walls comprises a series of seemingly innocuous, monochrome pieces to the naked eye. But upon closer inspection, one will notice that each work hides numerous secrets, if one simply changes perspective, be it bending down, or looking from above to discover clandestine doors and mirrors concealed in narrow nooks and crannies. 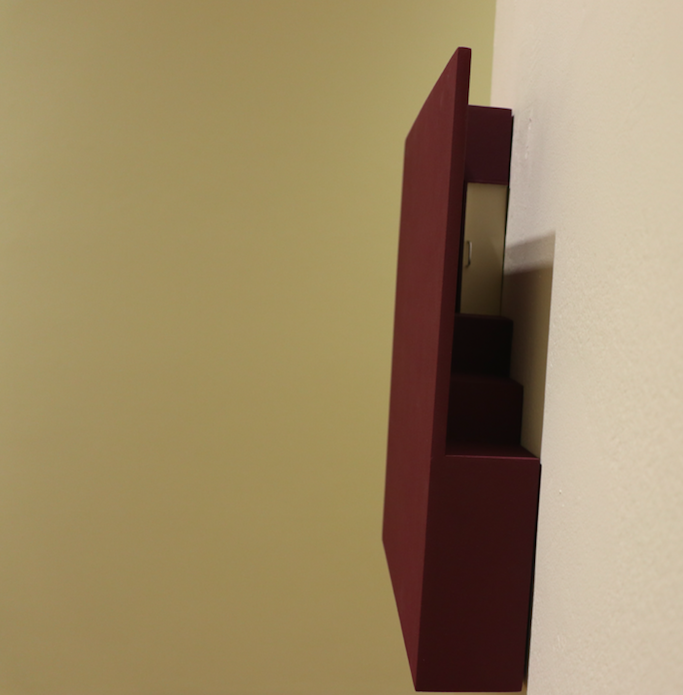 For Nakamura, his work utilises unusual architecture to explore difference, hideaways that are placed in plain sight to negotiate place and identity of those who are disparate from what society deems normal and acceptable, allowing them tiny sanctuaries of breathing room to be themselves, out of sight and free from judgment. 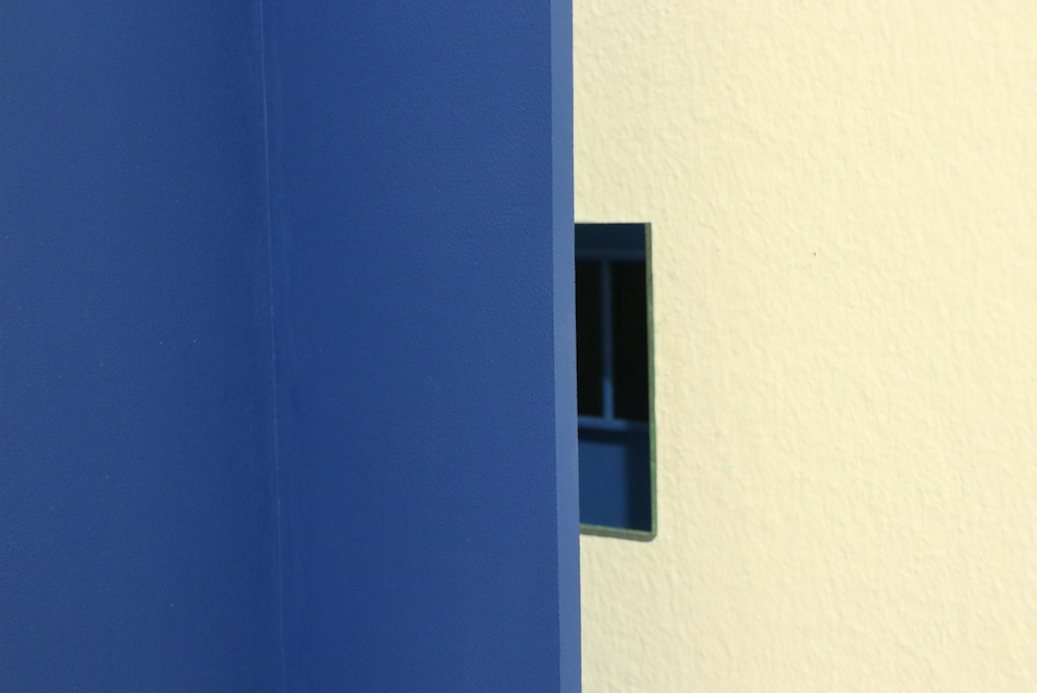 In Xinwei Che’s The Cradle of the House, the artist invites viewers into a ‘home’ of a sorts, an exhibition on the cusp of being immersive with the way it has been set up that represents both a physical house and her own mental landscape, complete with ‘windows’ and ‘partitions’. Says Xinwei: “My work is all about exploring the universe of the house, and how it offers a form of intimate protection for anyone living in it. It’s a space we grow up in as babies and die in eventually. All of us find familiarity in domestic spaces, and for me, this was a means of encapsulating all these objects and precious memories, and even the concept of time itself into this space.” 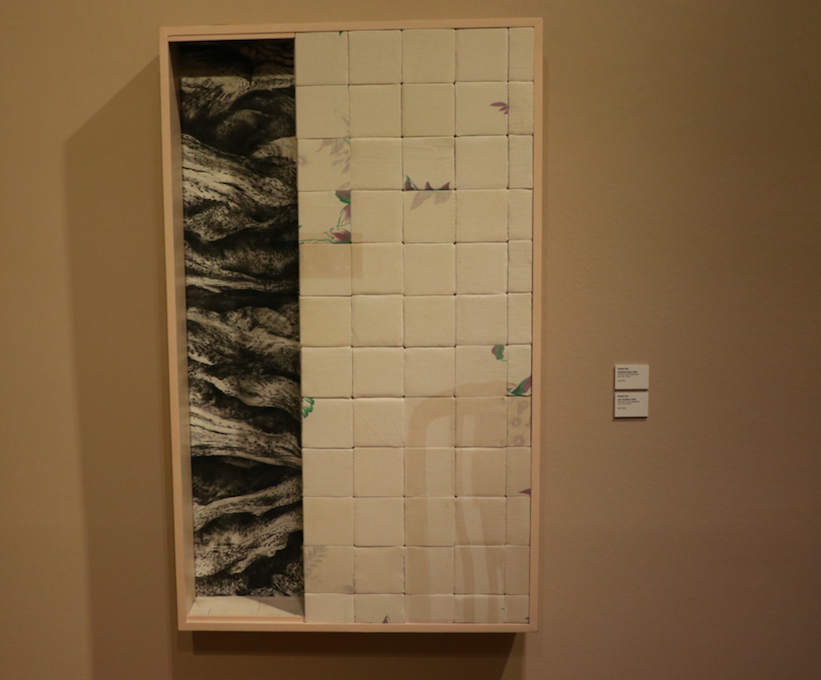 The works themselves are intriguing – many of them utilise unusual materials, such as bedsheets to form the base of a lamp. While structurally, many of them take on traditionally shaped frames, the final result is mixed-media work that comprises everything from half melted wax sculptures to charcoal sketches. These end up forming decaying vestiges of the past, the shadows of houses Xinwei herself may have lived in and capturing emotions from anxiety to serenity, quite literally ‘housing’ memories. 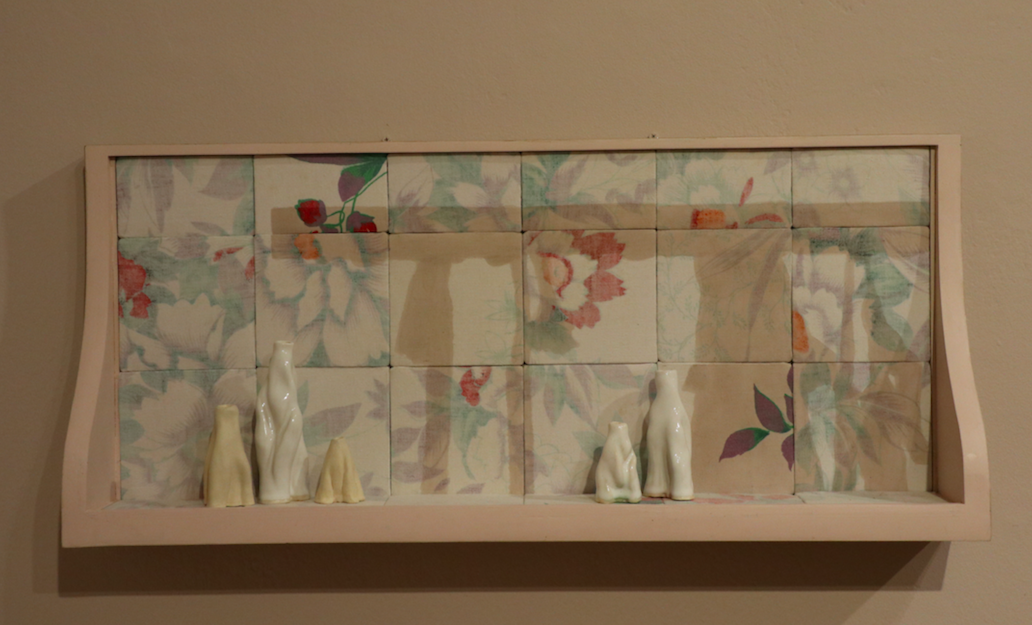 Says Xinwei: “A lot of these works are about transience and deal with the grand scale of time. In a way, I’m trying to suspend time for a moment through my art, but also acknowledging the futility of it all. These pieces will all probably fall apart and decay before I pass on, but perhaps, that’s why I have to do something about it, to try expressing and capturing these ideas through my art.”

It’s fervent attitudes like this that spurs these young artists to keep doing what they do best, alongside support from institutions and platforms such as the Young Talent Programme. The work displayed here shows the potential of all three artists to go far in future as they continue to hone and develop their craft, letting their artistic voice echo loud and clear, and with the hopes of becoming established artists in their own right in time to come.