Dick Lee is one of those Singaporeans who’s done so much for the country, he’s become a household name synonymous with good local music. And beyond the pop music scene, Lee has also contributed significantly to the musical theatre scene, to the extent that he has been dubbed ‘the Andrew Lloyd Webber of Asia’. From the far reaches of China’s ancient history to the cabarets of a Singapore past, Lee’s musicals have touched and charmed countless audiences over the years, taking them on journeys into distant lands and discovering the heart that lies in the most surprising of Singaporean locales. 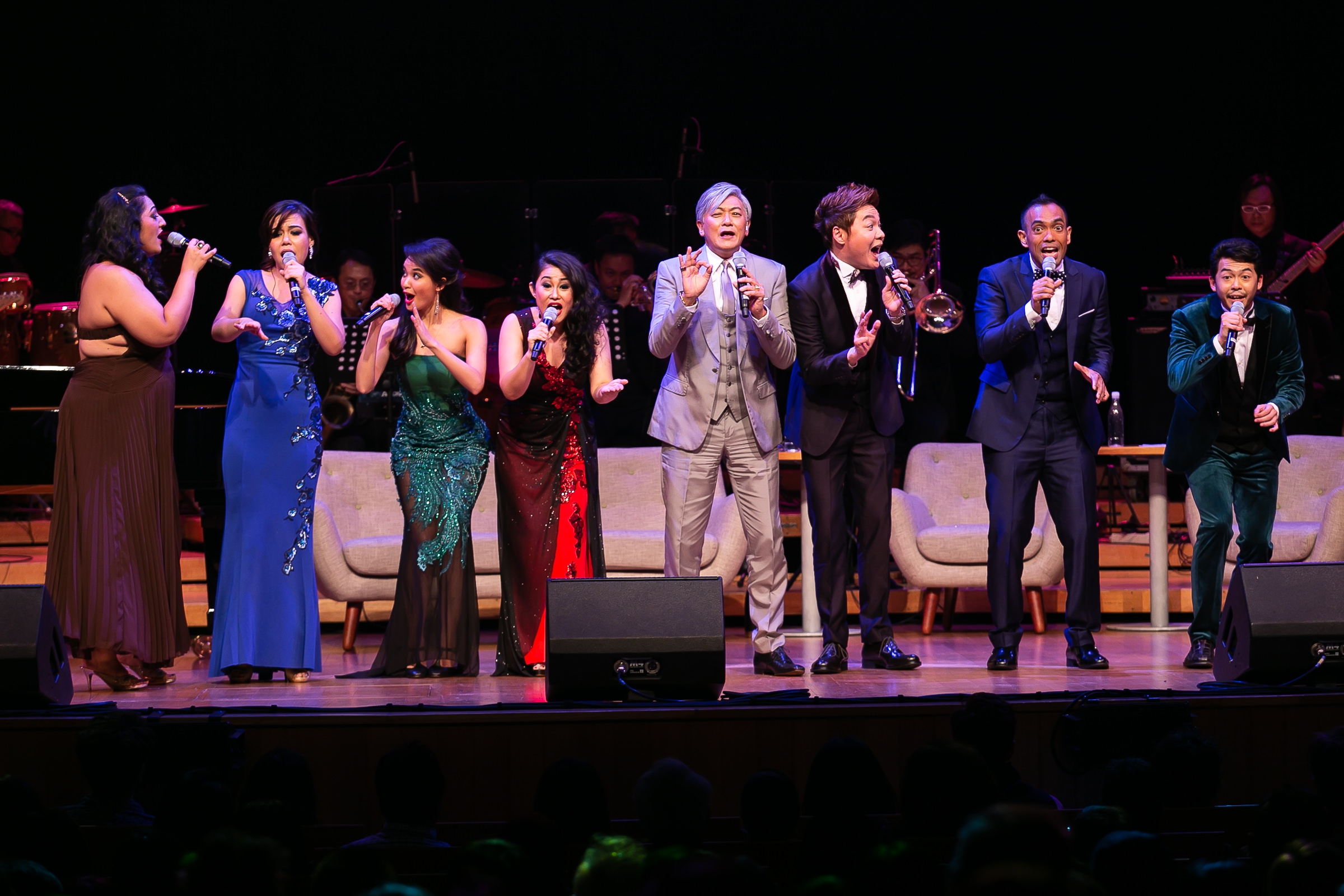 It makes sense then, that with 2018 being the 30th anniversary of Beauty World and the 20th anniversary of Snow.Wolf.Lake., it’s high time to celebrate the man’s work with Singapopera: A Celebration of the Musicals of Dick Lee, a concert taking audience memebers on a madcap journey through the Mad Chinaman’s 10-odd musicals he’s composed over the last thirty years. 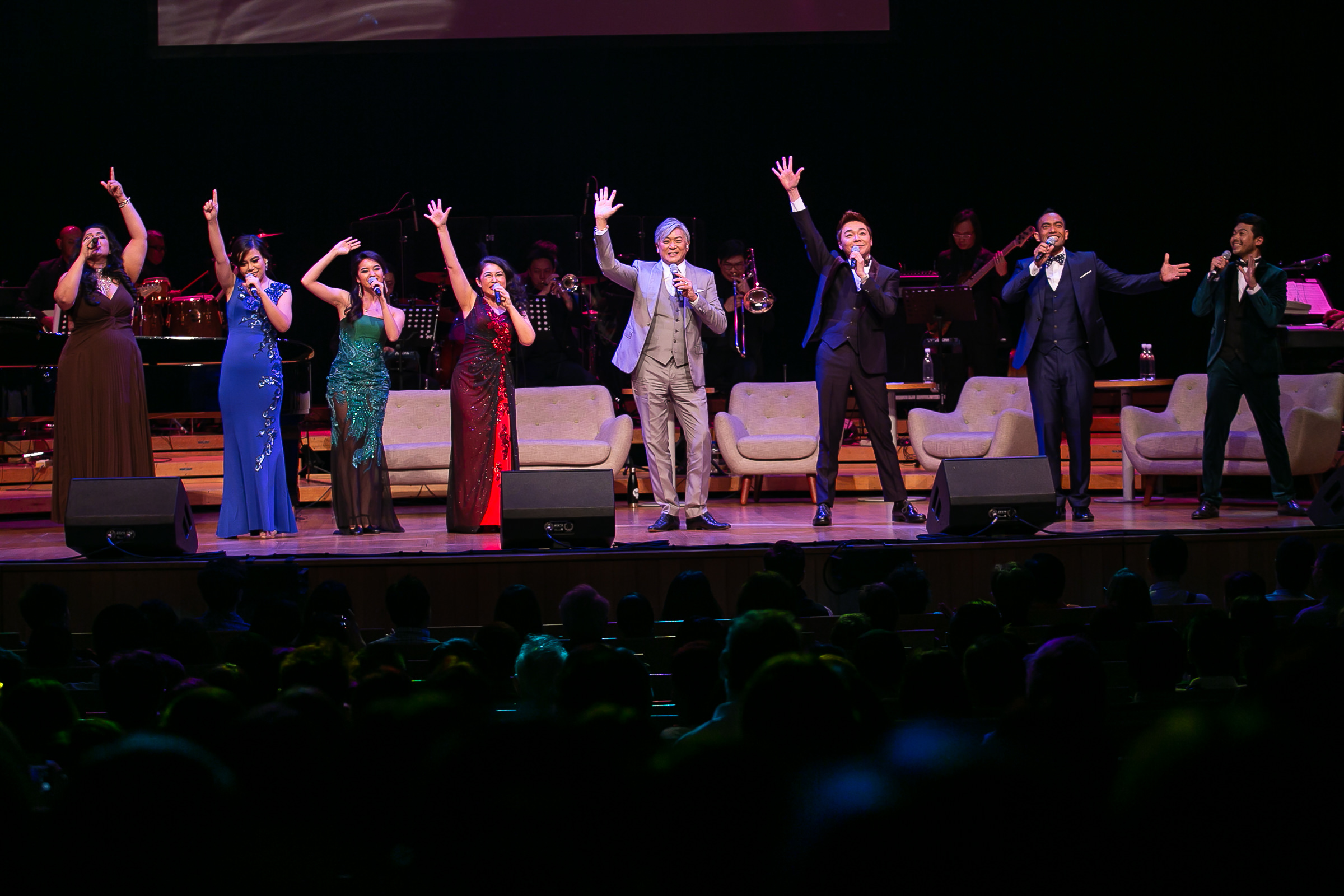 Featuring seven of Singapore’s brightest musical theatre stars today, in addition to the man himself accompanying most of the songs on piano, Singapopera opened on a high note with ‘Welcome to Beauty World’, drawing audiences straight into the glitzy cabaret world of Beauty World. With 2018 marking its 30th anniversary, it made sense that most of the concert would be featuring songs from the show, with hits like ‘Another World’ (performed with gusto and emotion by Sebastian ‘Broadway Beng’ Tan) and the heated ‘No Class’ (a stunning high energy catfight between Denise Tan and Frances Lee). It’s no wonder it’s remained so popular with plenty of restagings over its 30 years of existence, still gold even today with songs that withstand the test of time and cheeky numbers that fill audiences with a sense of nostalgia for the wilder, glorious days of Singapore past. 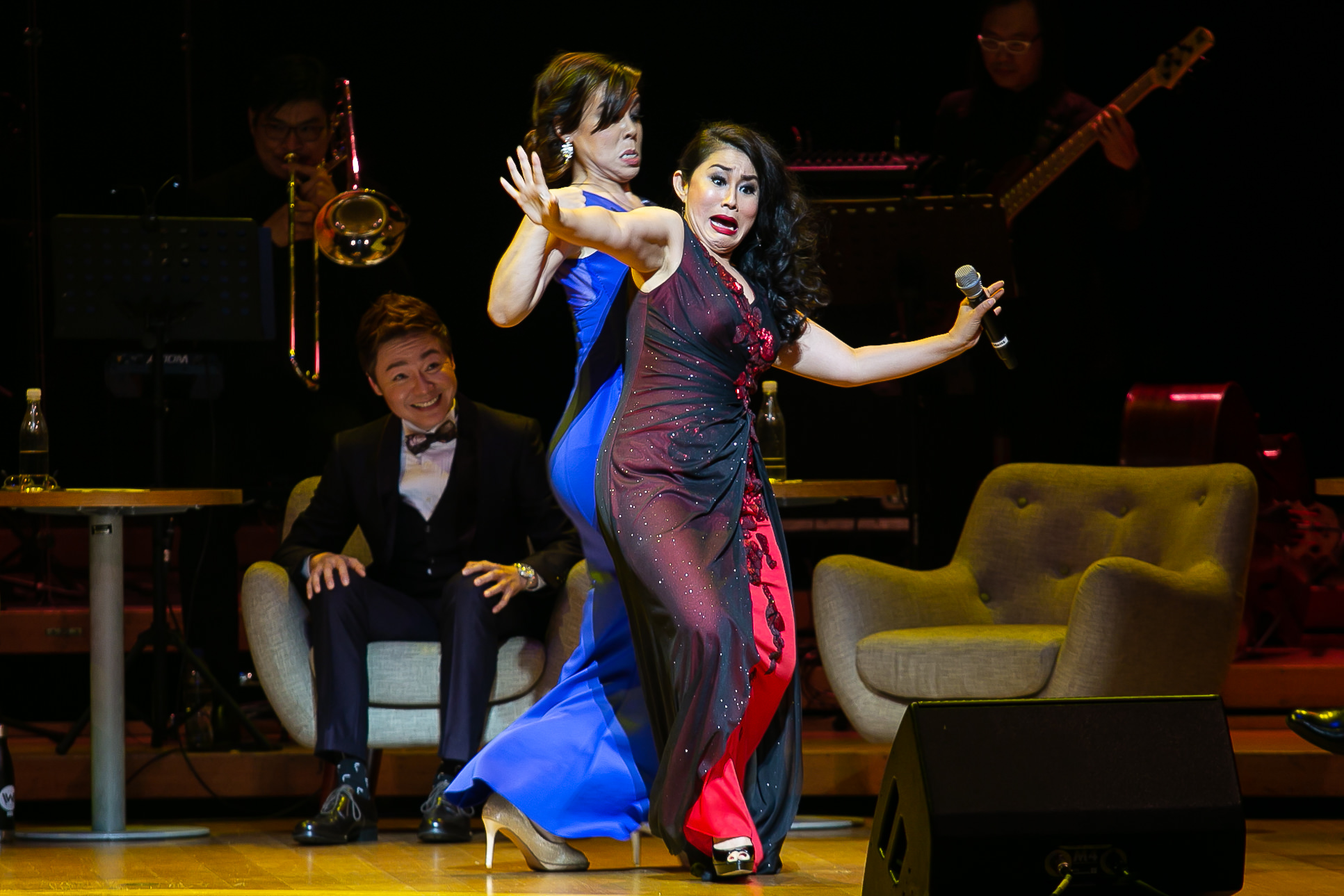 Over the two hour performance, each of the seven cast members were granted equal chance to show off their singing and acting chops. Musical theatre in particular, requires a different set of skills from pure singing or theatre alone, and each of these performers proved exactly why they were the best in the business today. Malaysian ingenue Cheryl Tan, while still being relatively new to the scene, proved her talents once again as she reprised songs from her star turn as the young Yehenara in the highly successful 2017 production of Forbidden City, singing ‘Starting with the Eyes’ and ‘My Only Chance’ with innocent yet confident fervour. Still recalling when we caught it last year, Forbidden City is perhaps Dick Lee’s closest production to a Broadway musical, epic in scale and ambition and delivering on all fronts, and we found our hearts soaring as Cheryl’s voice did. 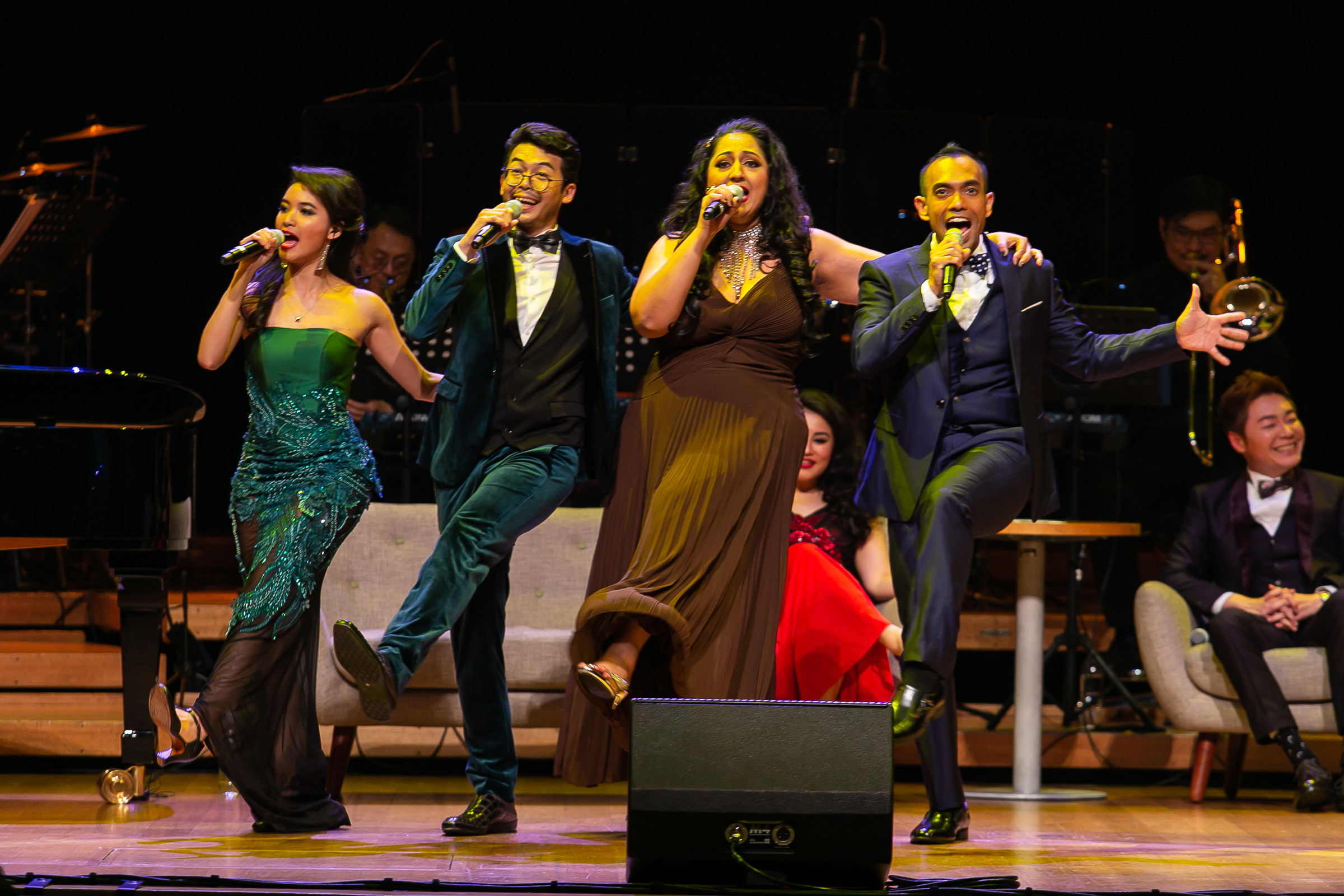 Opposite her, Benjamin Chow similarly sang tunes from Forbidden City, with renditions of ‘Now China Has A Son’ and ‘Stories’, the latter given new dimension through his deep voice and so catchy, we found ourselves tapping along to the beat. Meanwhile, vocal powerhouse Alemay Fernandez brought the house down with her incomparable rendition of ‘When All The Tears Have Dried’ from Sing to the Dawn, crushing it completely as her voice resonated through the concert hall in the final refrains. One found a couple of tears running down our cheek as she ended, testament to the emotional, showstopping strength of this single song brought to life by Fernandez. 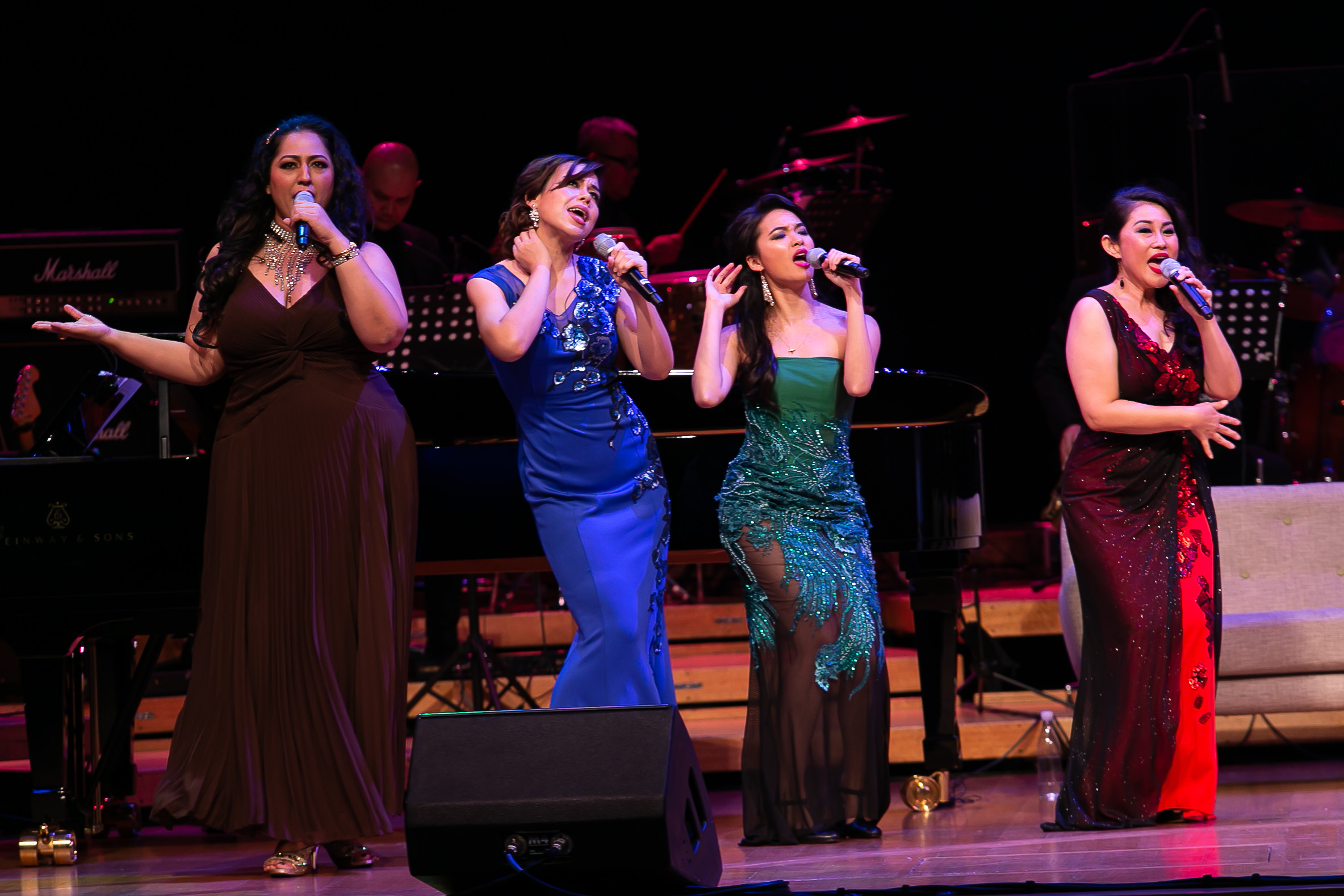 Given how scarcely musicals get restaged in Singapore, and for such a short time each year, a rare opportunity Singapopera affords is the chance to hear all of these songs performed live. Peranakan murder mystery A Twist of Fate for example, was last staged in 2005 at the Esplanade, while Mortal Sins was only ever given a single staging in 1995 as part of the Singapore Festival of the Arts. With Singapopera, Dwayne Lau performed ‘Look A Little Closer’ from A Twist of Fate, while Frances performed ‘Waiting’ from Mortal Sins, giving audiences at least a glimpse into what these musicals might have been like at the time of staging. With the alluring stage presence and energy emanating from the performers, it was almost as if we were seeing the musicals themselves performed live before us, making us wish each and every one of them could receive a restaging of some form in the years to come. 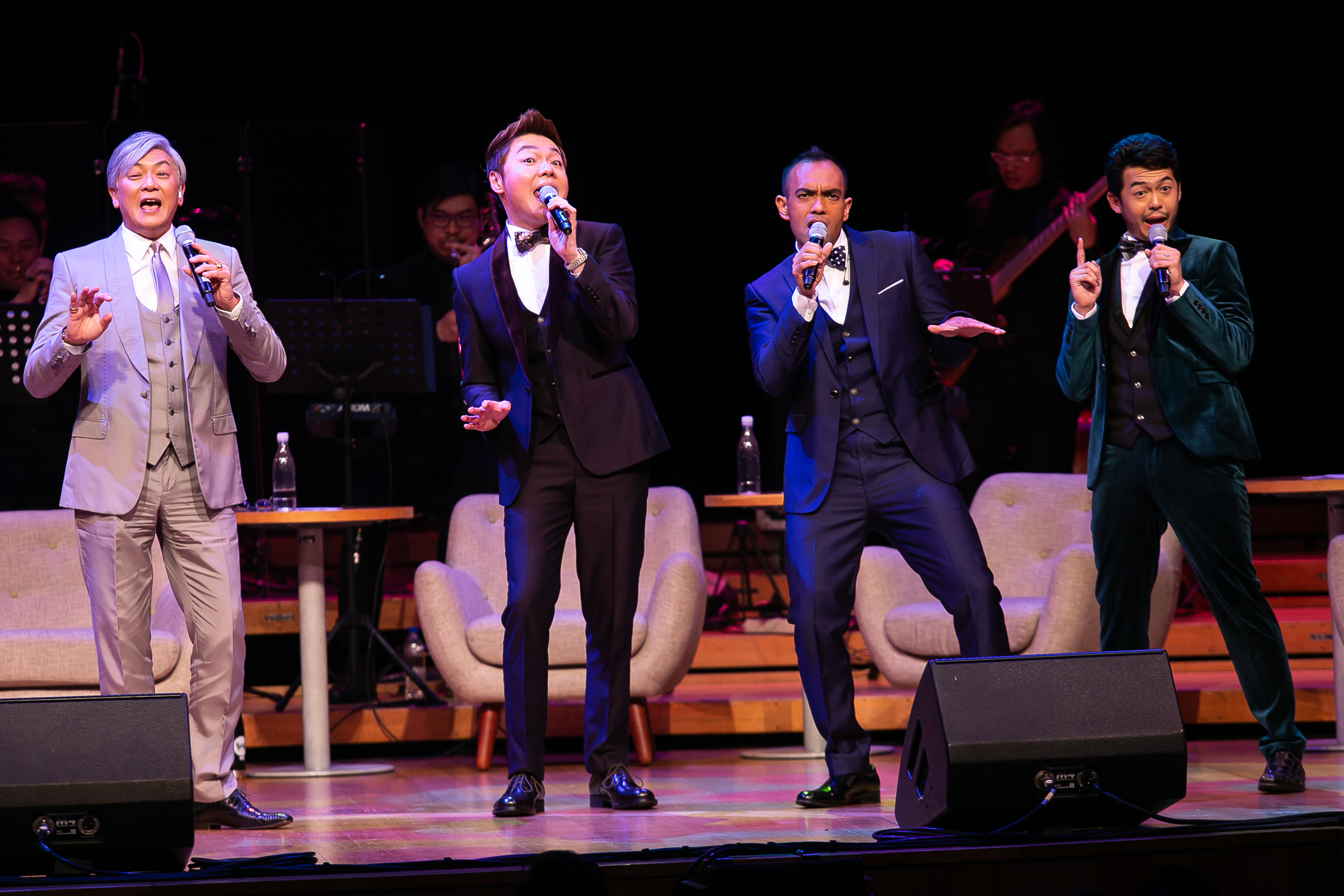 The wonderful thing about a concert of this degree is how it essentially showcases the absolute best of the best, an all star concert of a sorts that features the catchiest, most unforgettable songs one will fall in love with, ensuring hit after hit throughout the evening. Dick Lee himself performed the Cantonese ‘Love is Forever’ from Snow.Wolf.Lake, proving that if there’s one thing that hasn’t aged it’s his flair for performance and the theatrical, masterfully delivering every word despite him later admitting that he didn’t speak a word of Cantonese. 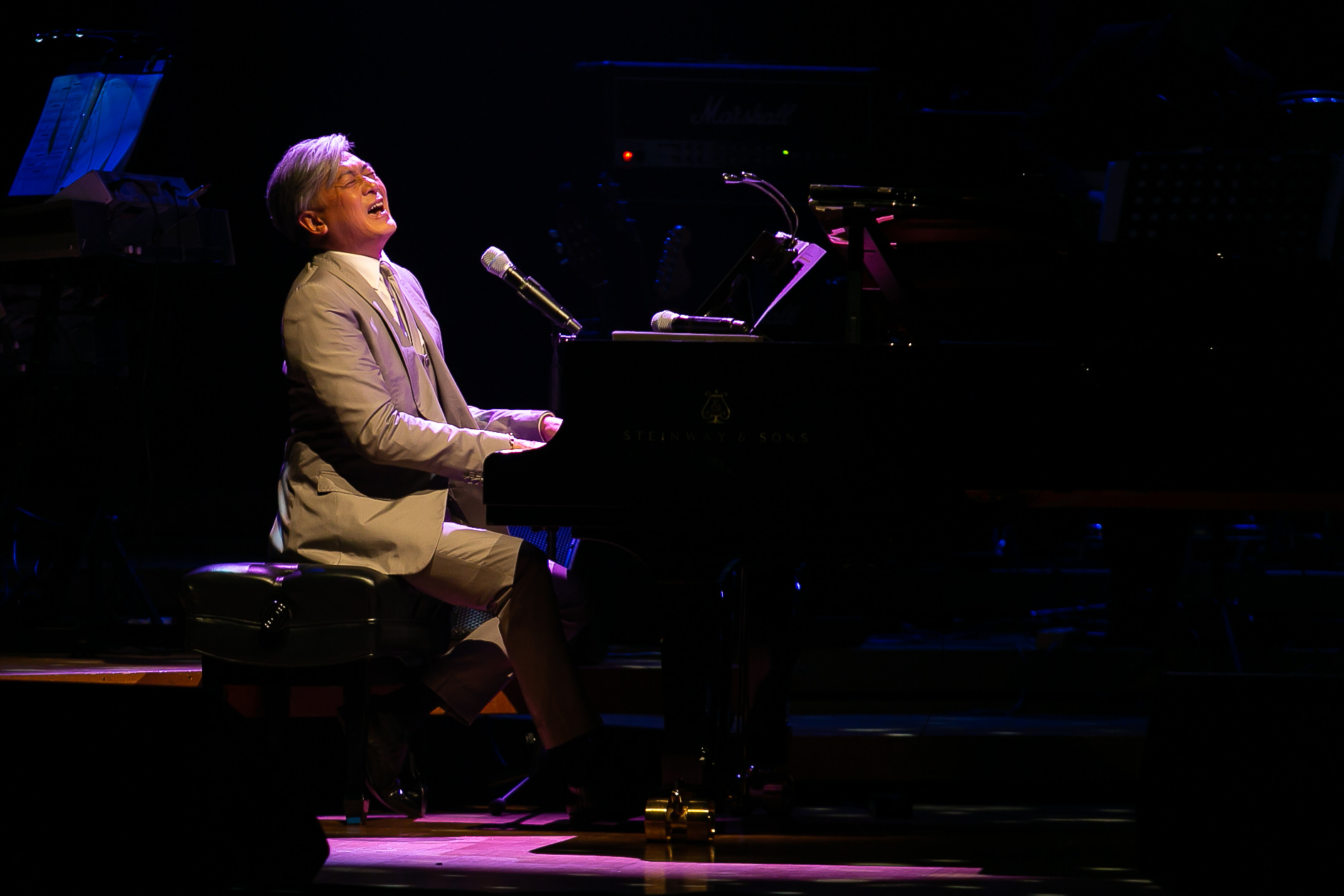 Despite the concert hall’s size, careful thought has gone into this production to ensure it always felt intimate, with the distance from the stage narrowed from the way the performers seated on comfortable couches in between acts, never leaving the stage. While other performers were onstage, it was evident that they all looked upon each other with admiration and support for the skill and ability displayed by each one, smiles emerging from their faces at every turn. 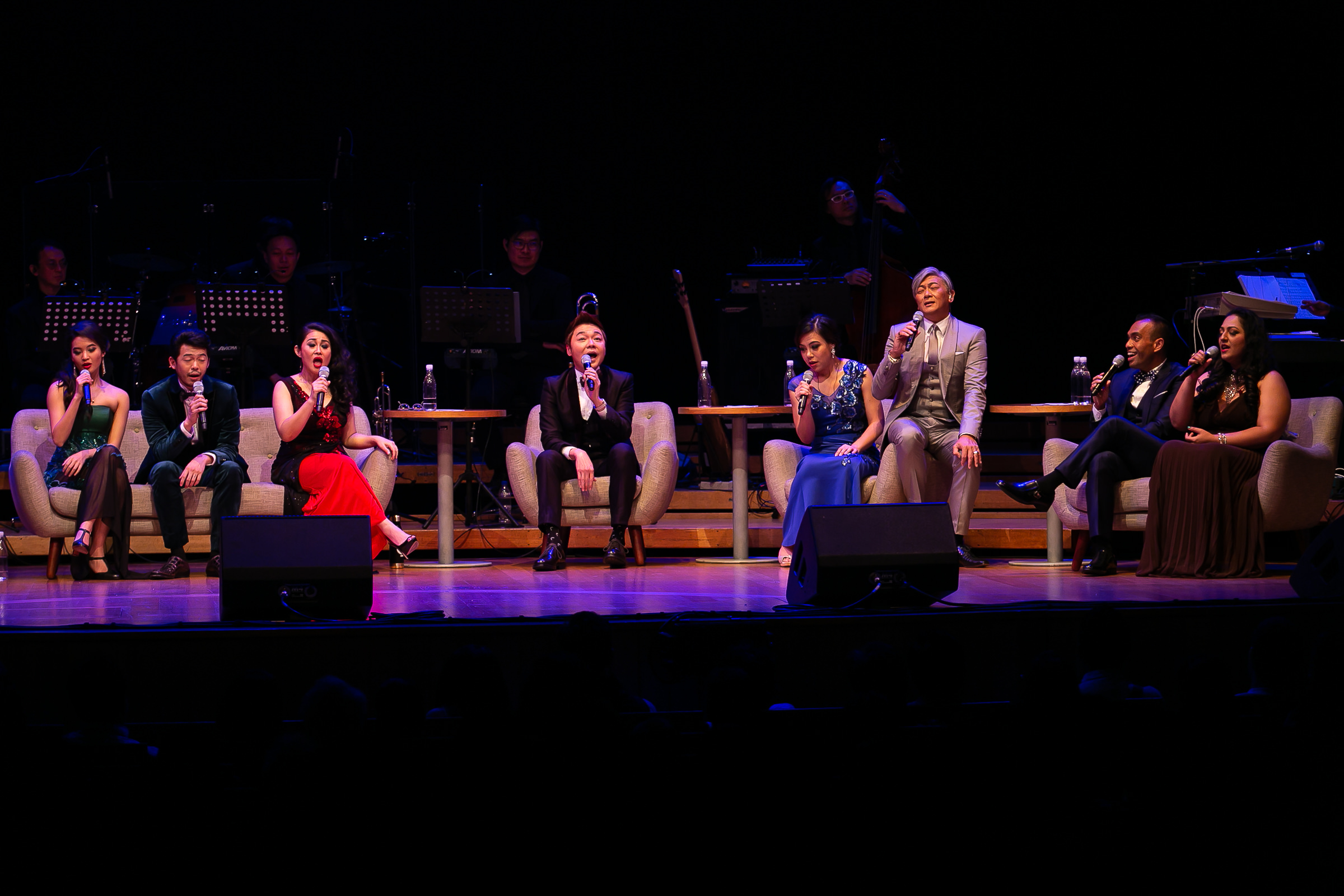 To further give the sense of warmth and familiarity, the banter from the cast felt completely sincere and genuine, with many recalling the first time they met Dick Lee (a traumatic Singapore Idol experience for Dwayne, and a dream come true for the then fresh graduate Denise) and how he’s been a huge influence on their lives and musical theatre careers. It was impossible not to feel the amount of love present in the hall that evening, leading to great onstage chemistry amongst the entire cast and with Dick and making the final numbers of ‘Bunga Sayang’ an unparalleled, emotional experience with all of them singing in unison, while ‘Fried Rice Paradise’, the song that started it all for Dick, made for a rousing finale to the entire show. 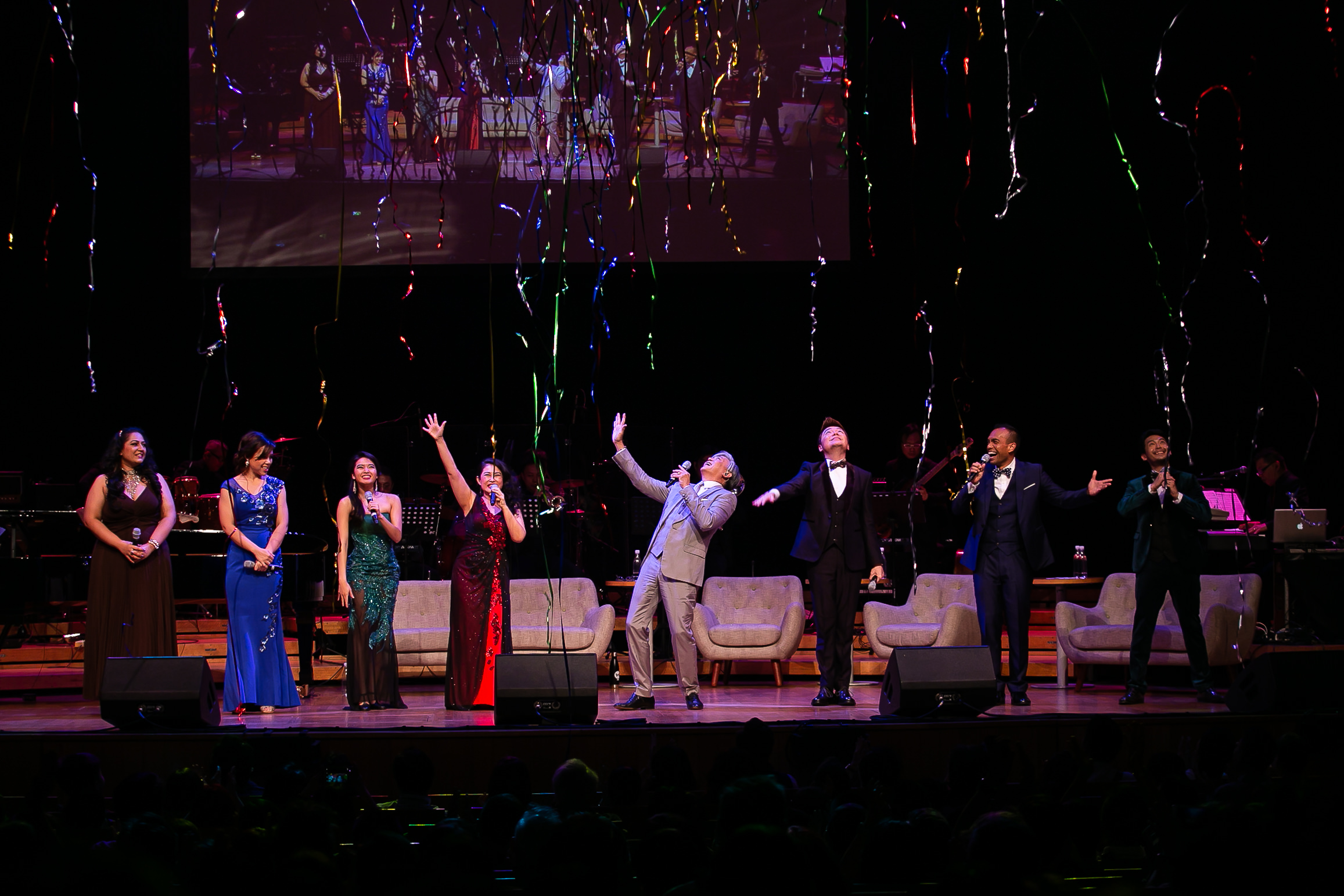 As the show drew to a close with an energetic encore of ‘Beauty World’ (cha cha cha!), Dick Lee thanked his loyal fans for supporting him all through the years, and ended with an acapella rendition of the song no Dick Lee concert would be complete without – ‘Home’, a testament to the staying power and all encompassing sense of national identity Lee has created through his countless compositions. Is Dick Lee then the single most important composer to have contributed to Singapore’s musical theatre scene? Singapopera is an infectiously fun and achingly moving tribute which answers that question with a resounding yes. 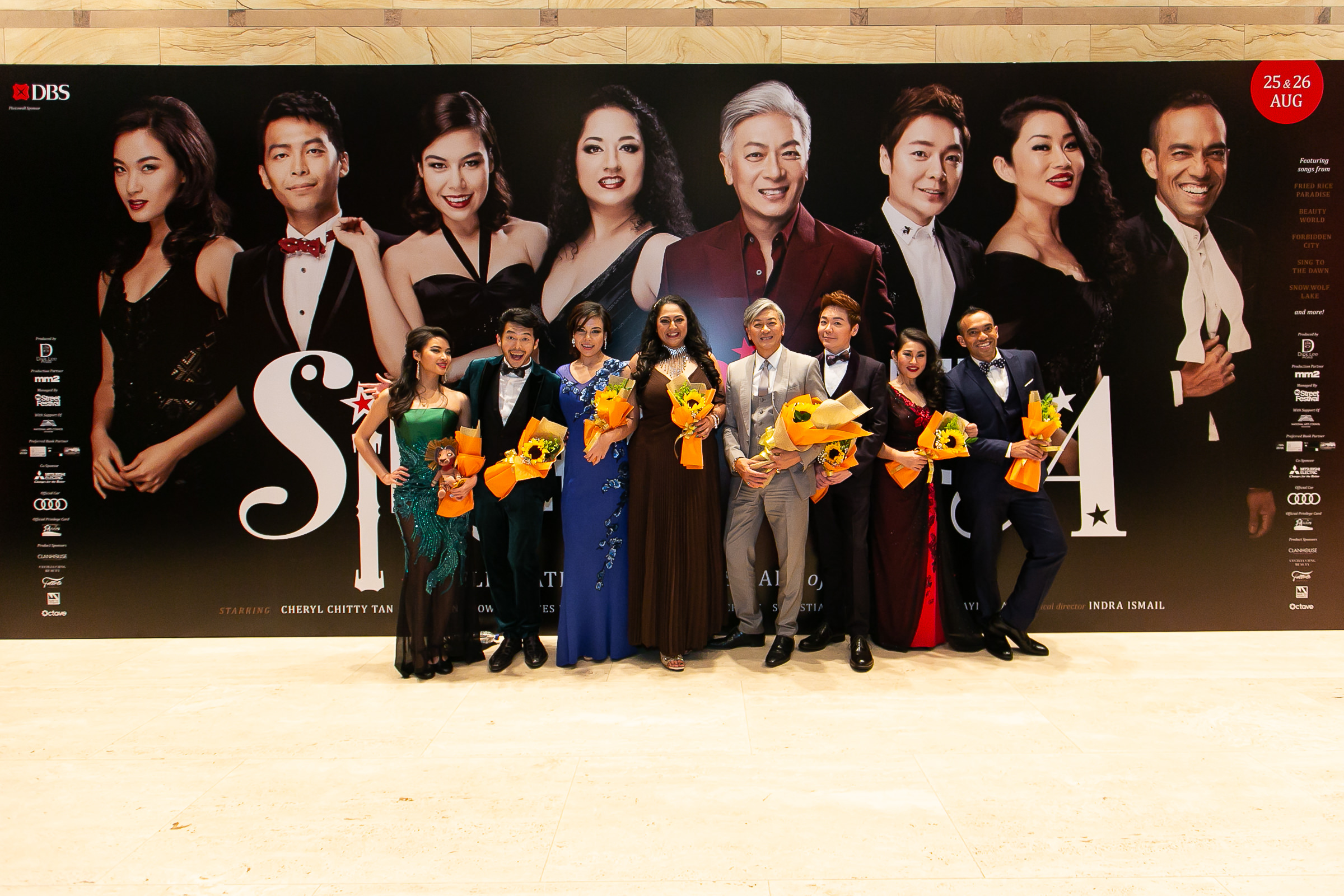 0 comments on “Review: Singapopera – A Celebration of the Musicals of Dick Lee”