LONDON – Anita Dobson and Craig Revel Horwood star as Miss Hannigan on the upcoming UK Tour of Michael Harrison and David Ian’s Annie. Opening at the Manchester Opera House on 2nd February 2019, the coveted role will be shared between the two dames, where Anita will play the role from 2nd February – 27th April 2019 and Craig will play the role from 30th April – 6th July 2019. 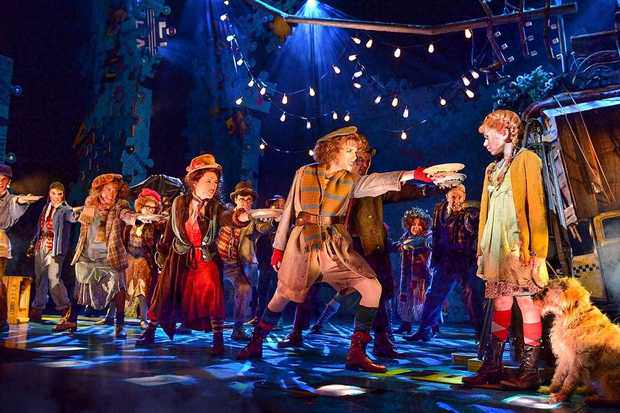 Directed by Nikolai Foster, produced by Michael Harrison and David Ian and with music by Charles Strouse, lyrics by Martin Charnin and a book by Thomas Meehan, Annie is the rousing tale of the spunky red-headed orphan Annie as she lives out a life of misery at Miss Hannigan’s orphanage, at the height of the Great Depression in 1930s New York. Summoning up her courage, she finds it in herself to find her real parents, and as luck would have it, is chosen to spend Christmas at the residence of famous billionaire Oliver Warbucks. But Annie had better watch out, as spiteful Miss Hannigan has other ideas up her sleeves and just might ruin everything for her…

The antagonistic Miss Hannigan is of course, a highly sought after role, and has seen a wealth of iconic actresses take on the role, including comedian Miranda Hart in its recent run on the West End. With the 2019 tour, EastEnders star and Olivier-nominated Anita Dobson lends even more prestige to the coveted role, while Strictly Come Dancing judge Craig Revel Horwood reprises the role in drag, having played the role to critical acclaim in this production in both the West End and on the 2015/16 UK tour.

This production of Annie recently ran for an extended season in the West End following a sell-out tour of the UK and Ireland in 2015/16 as well as a recent sell-out season in Toronto. Having won multiple award throughout its runs over the years since 1976, join Annie and gang as they enchant audiences with unforgettable songs such as ‘It’s the Hard Knock Life’, ‘Easy Street’, ‘I Don’t Need Anything But You’ and of course ‘Tomorrow’.

Annie begins its tour on 2nd February 2019 at the Manchester Opera House. For full tour dates and tickets, visit the official website here