The Old Woman and the Ox leaves us unmoved and perturbed at its lack of dramaturgy.

It’s not unheard of that even the most experienced of theatre companies will still manage to produce a show that falls far short of a watchable production, and so it should come as no surprise that younger companies may fall prey to the same mistakes as well. 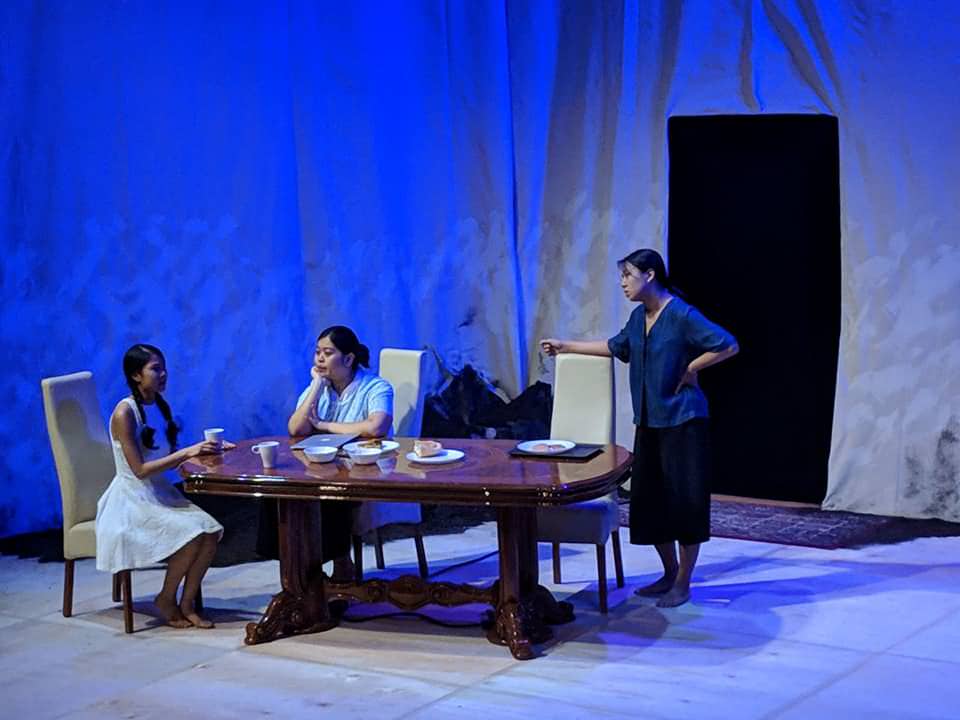 In The Second Breakfast Company’s (2BCo) year end production, the youth theatre company premiered a brand new script, much in the same vein as their 2017 year end production (which saw two new scripts produced for the stage). Written by 20-year old Isaiah Lee, The Old Woman and the Ox follows working mother Aileen (Shannen Tan) as she finds herself in a nightmarish fever dream that lasts far too long for comfort, encountering three mysterious figures from her life that will force her to confront her inner demons. 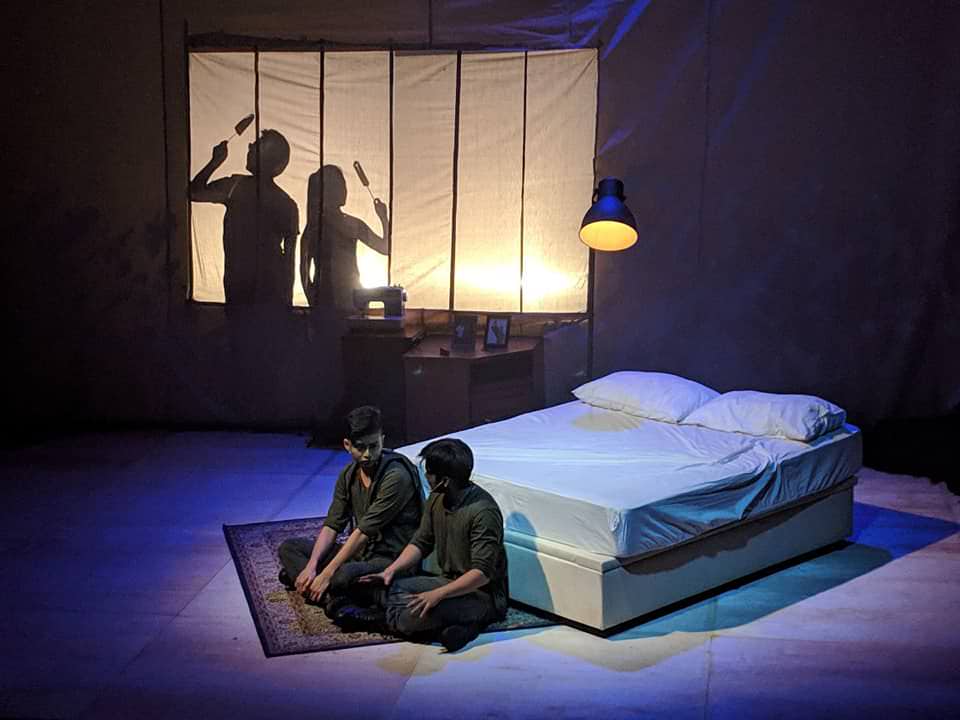 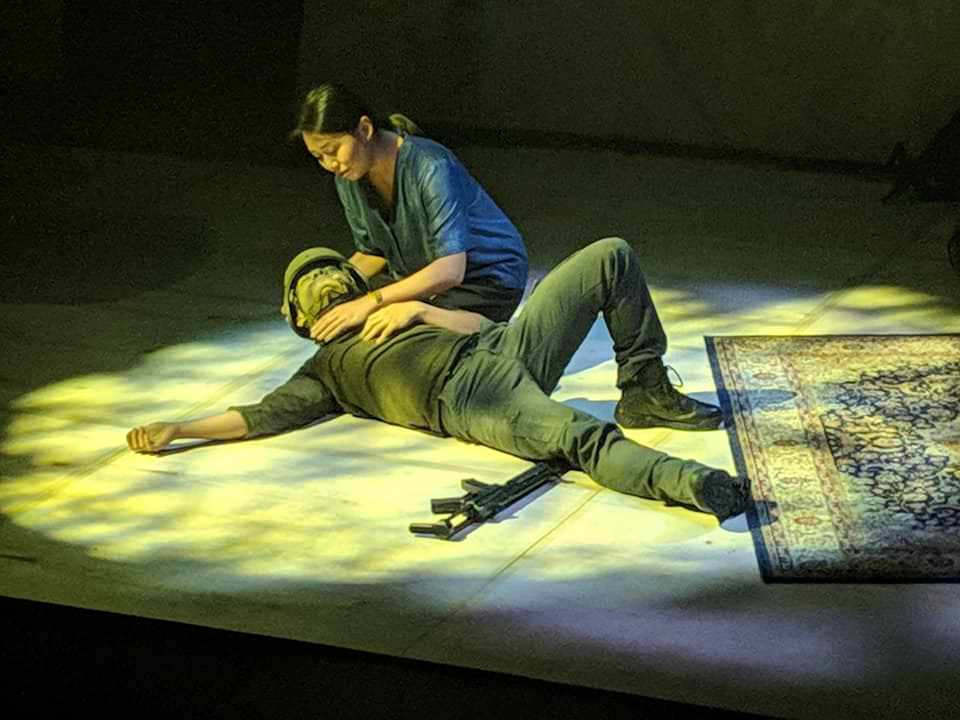 Playwright Isaiah Lee showcases a strong command of the English language, however, the script of The Old Woman and the Ox often comes across as something that might be better read than performed. Particularly with characters such as Aileen and her mother Bi Yu (Miriam Cheong), lines seem to go on far longer than they should, utilising esoteric language that distances, rather than endears us to these characters. Through its attempt at ‘surrealism’, characters come across as either woefully naive or obtuse, at times even bordering on indulgent, defeating the purpose of language itself to communicate emotion or ideas to audience members. 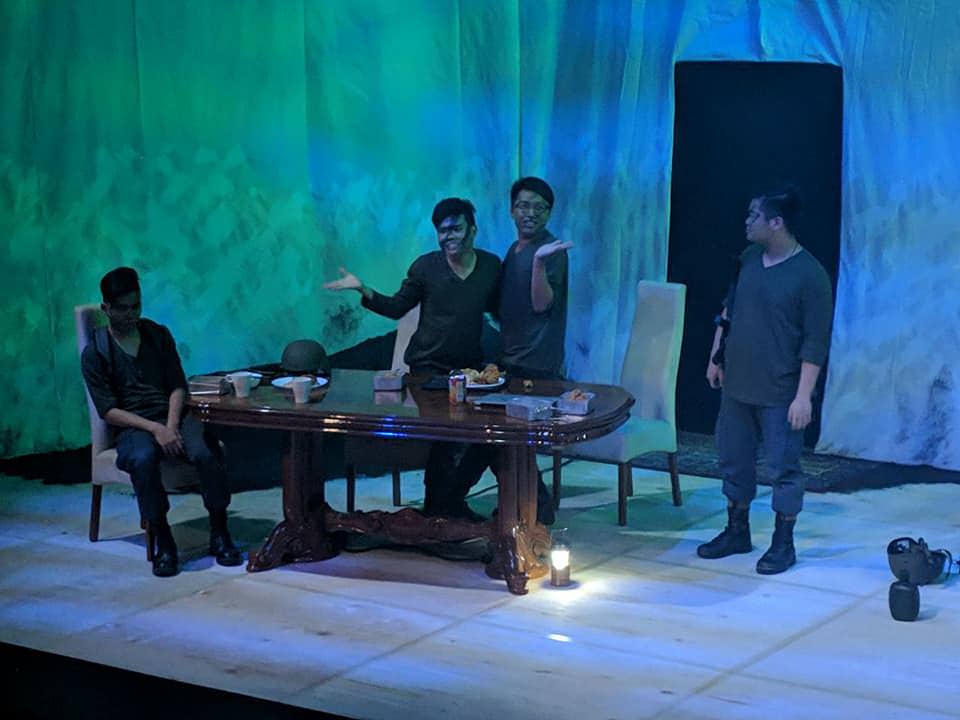 Perhaps more problematic still is the decision to dedicate a large chunk of the play to depicting Aileen’s son Joseph (Lim Jun De) as he goes through an ill-fated training in Brunei. The play takes on a complete tonal shift at this juncture, and it feels almost like a separate play that has been awkwardly tacked on to the first one to pad the runtime, while Aileen (who is a more interesting character by far) is completely removed from this segment of the performance. One understands the desire to showcase all the perspectives within the play, but juxtaposed side by side, Joseph and Aileen’s stories grind awkwardly against each other, leaving The Old Woman and the Ox mostly meandering and unfocused in its portrayal of its many issues. 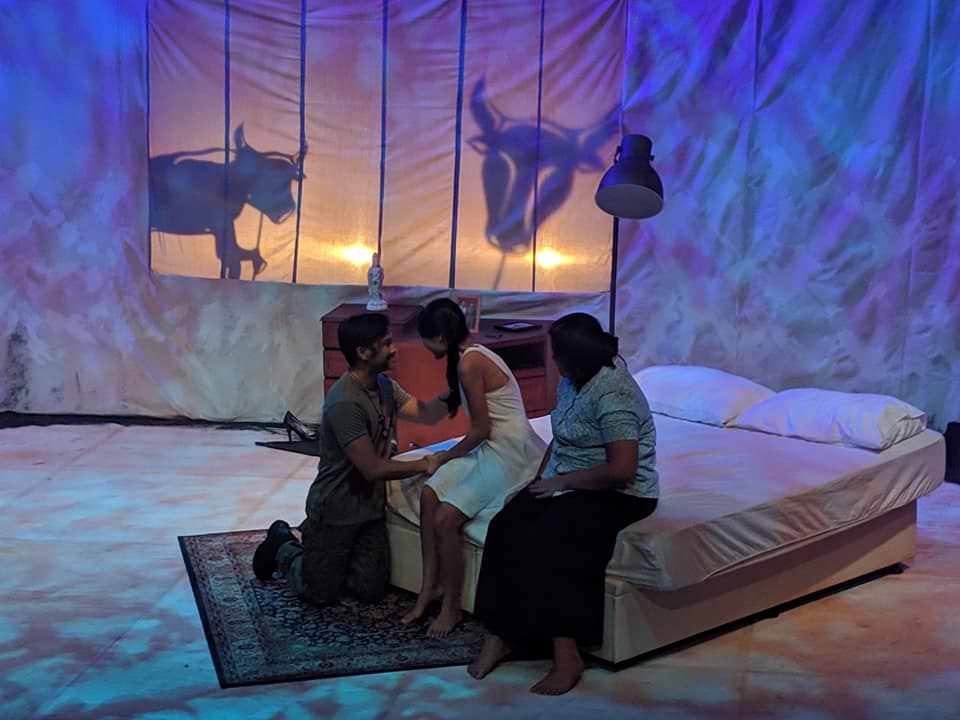 In terms of directorial vision, the choice to utilise shadow puppetry and play was certainly an innovative one, its form creating a nostalgia in the way Bi Yu tells her story. However, this lacked a stronger connection to the rest of the performance, which in turn showcased, like the script itself, a mass of odd styles and visuals that felt mismatched when seen in succession onstage. Meanwhile, most of the cast seem to have been directed to play caricatures at best, performing their lines one-dimensionally and without any character development during the play. 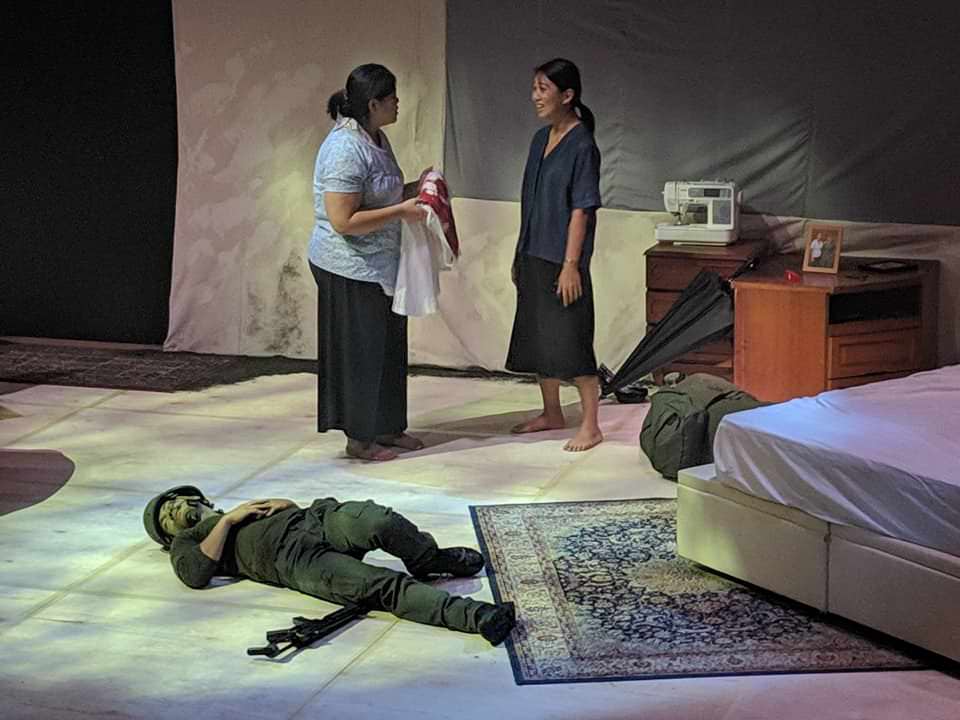 Perhaps the one ray of hope amidst the production would be its hard fought final 15 minutes, where Shannen Tan and Miriam Cheong’s performances and strong chemistry, built up over their scenes together, gets an emotional climax that manages to move with Shannen’s dedication to bringing out the heartwrenching agony in her voice as she collapses, sobbing in Miriam’s arms. 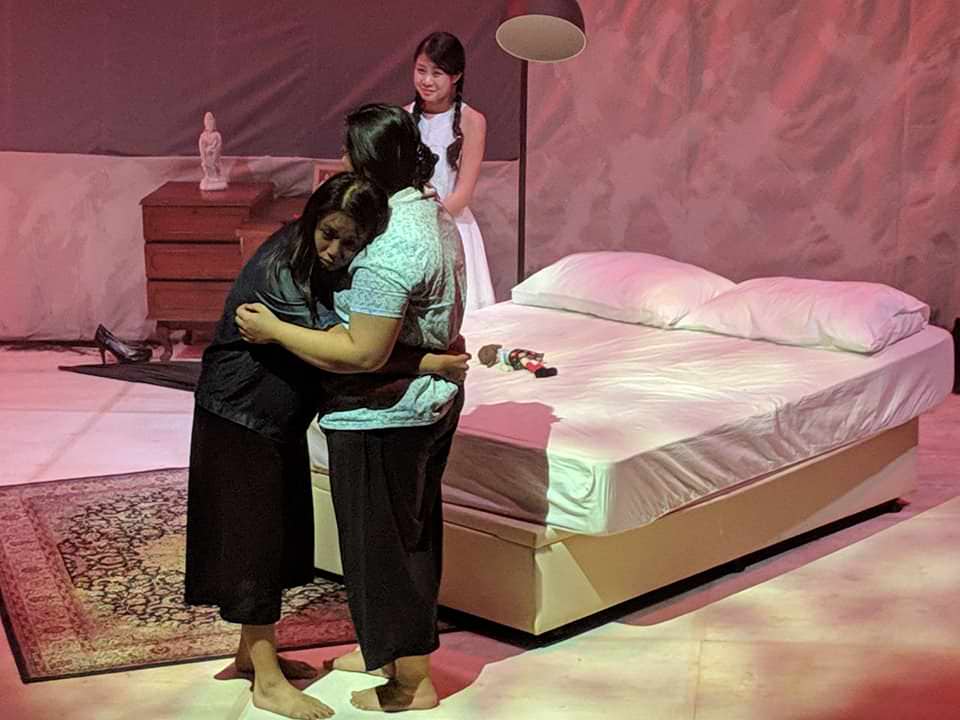 Within this play, there is the hint at something far greater buried beneath its convoluted script and its young cast trying their best to make it work, evidenced by its tumultuous journey that ends on its most genuine, sincere note as Aileen is left wracked by guilt and loss. But without a willingness to cut and edit the script as necessary, firmer direction and overall vision, The Old Woman and the Ox falls far short of its overambitious ideals, leaving us questioning the necessity of this work and wondering about the amount of guidance local youth theatre seems in dire need of in the scene today.

Photos from The Second Breakfast Company

The Old Woman and the Ox played at the Gateway Theatre Black Box from 15th to 17th November 2018.

4 comments on “Review: The Old Woman And The Ox by The Second Breakfast Company”