Experimental films are often a love/hate affair, leaving one either completely baffled, or bowled over by its form. Often, it leaves us reeling as the latter, but for road trip film Cannonball, we were left surprised by how it ended up more charming than it has any right to be.

Cannonball follows partners and music duo Frank and Lily as they set off across Australia on an album tour. The music documentary is quirky alt cinema at its finest – our two protagonists navigate the foreign landscape with an almost child-like wonder as they enthuse and effuse at every stop, helped in part by the enchanting collection of shots that have been collated for the film, coming together to form a mosaic of Australian urbanities at its most whimsical. From shots of odd architecture to almost incidental subjects walking in and out of the frame, Cannonball displays a keen eye for cinematography that delights as much as it refuses to conform. 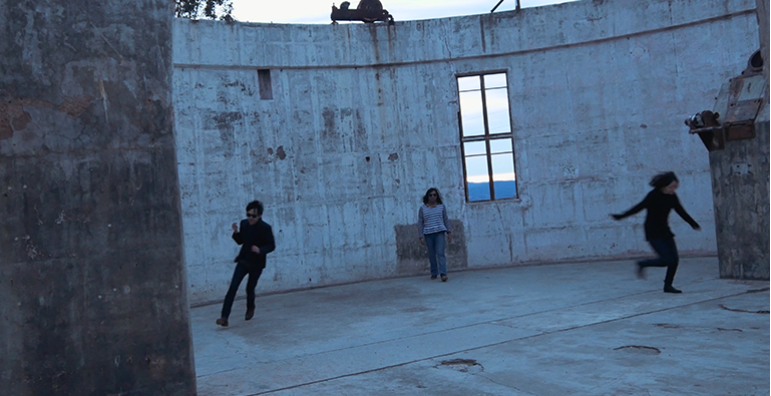 Cannonball’s loose storyline is potentially frustrating for the average viewer, running the risk of coming across as pretentious, as our protagonists hunt down a mystical character known as the Sunbathing Dog. The dog is never clearly defined throughout the film, or is their purpose for seeking it out, enshrouded in an air of mystery characterised by nonsense sentences, and essentially becomes a pointless MacGuffin to fuel the trip. But the way with which Frank and Lily are so enraptured by the chase is enough to keep us hanging onto the end of this fishing line, curious to find out what quirky character they’ll meet next (mostly figures from Australia’s experimental music scene), and it feels like we’ve entered a secret dream world whose rules we are unravelling and discovering scene by scene. 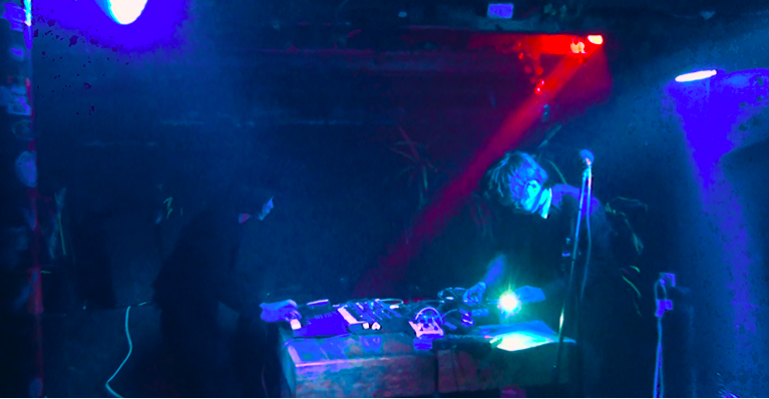 As a music documentary, Cannonball’s soundtrack is also key to its success, its blend of electronic, oneiric pop sound hypnotic to the ears, providing the emotional surges where the narrative does not, and if anything, is fascinating enough to listen to on its own, where the melody elevates aforementioned nonsense words and sentences into art itself. Cannonball especially peaks when it embraces its rogue-like style and indie nature to let go of the narrative, and allow its subjects to behave naturally, from a baffled woman interpreting the Sunbathing Dog as a literal animal, to a man who films himself on the phone, as requested by Frank and Lily.

Cannonball, ultimately, is a film that defies all expectations, a bite-sized chunk of shoegaze music as cinema making for a glorious, heady hour traipsing around down under. One cannot help but become mesmerised by this curious realm the film has managed to create for us, as we follow the band’s whimsies and adventures leading to what can only be described as a compelling dream we’d languish in for longer.

Cannonball screens at the Cathay on 2nd December 2018. SGIFF 2018 runs from 28th November to 9th December across various cinemas and venues. More information and ticket sales available from their website