LONDON – Tennessee Williams is one of America’s greatest playwrights to have ever lived, but amidst his many accolades for various works,  Summer and Smoke is one of the rare ones you never quite hear about until it’s being staged. With the Almeida Theatre’s new version (now transferred to the Duke of York’s Theatre in the West End), director Rebecca Frecknall gives the rare play a treatment that manages to simultaneously break the heavy text into manageable scenes, while still paying respect to its incredible poetry that brings out small town America in its full glory. 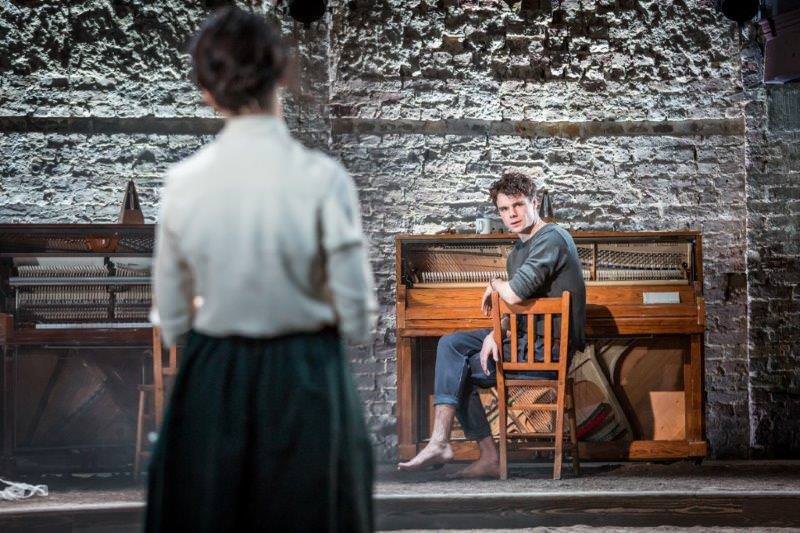 Summer and Smoke, like most of Williams’ plays, is set in a small American town, where the lives of individuals are put on the spotlight – a story of an individual tragedy that speaks to the universality of the human condition. In this case, we’re following the life of minister’s daughter and singing teacher Alma (Patsy Ferran), high strung and trapped in a mundane routine of responsibility as she cares for her mother. Coming into a spiritual and sexual awakening, the play follows her as she expounds and expands on her unrequited crush on Dr. John Buchan Jr. (Matthew Needham) the neighbour she grew up with, as they engage in a cat and mouse game of will they won’t they with each other. 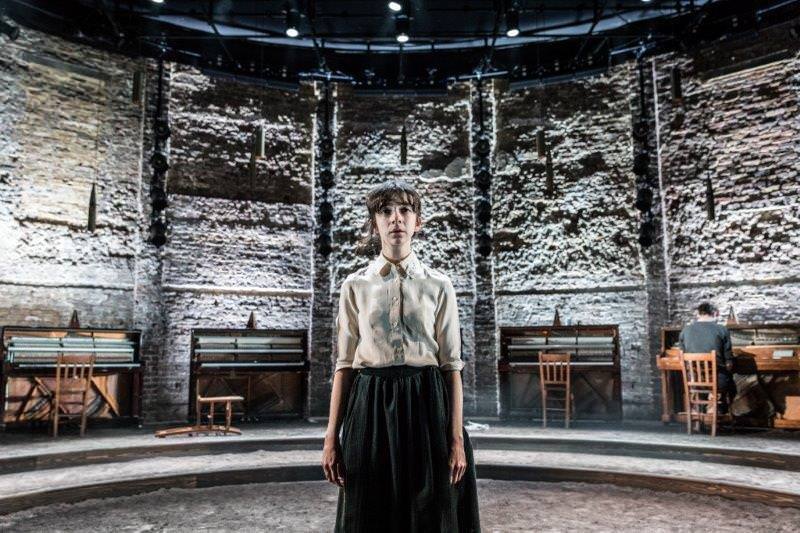 There is only one reason one needs to see this play, and it is Patsy Ferran’s star-making performance. Opening with a scene of her convulsing heavily, her breathing heavy and almost painful to watch, Ferran’s portrayal of Alma is riveting, indulging in the character’s quirks as much as she brings out a curious likability to Alma, a position of being head over heels in love most of us have been in before. 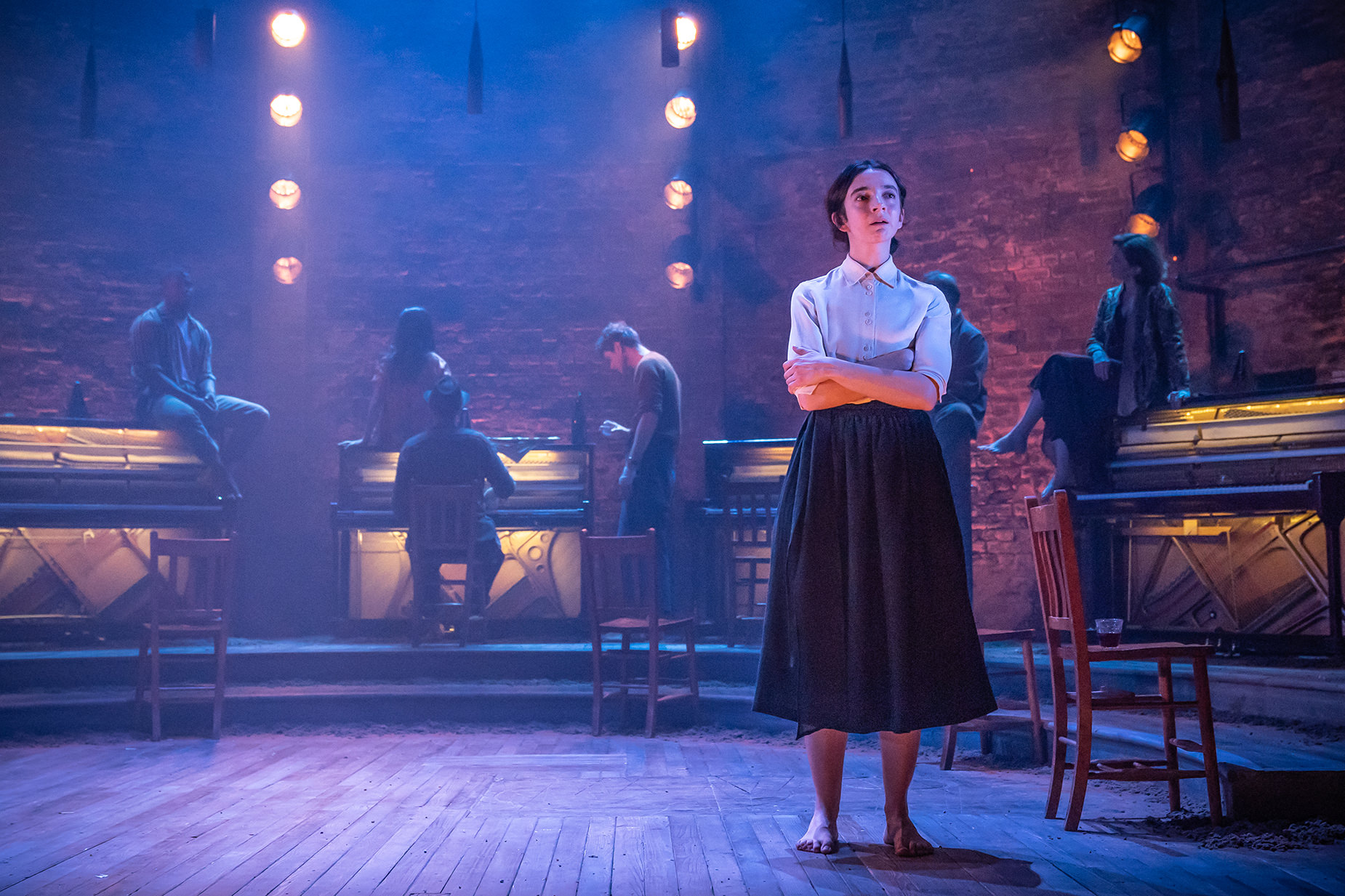 At times haughty and dismissive with a put-on accent, and at others a wreck with her desperation, Ferran is a tour de force of an actress, leaving us hanging off every word as she wrings her hands, flitting around the stage like a nerve-ridden youth, perfection in her physicality. Ferran’s Alma reclaims the femininity and sexuality of the character fully, elevating this high-strung, hysterical woman into a self-assured heroine who knows exactly what she wants and goes all in for it, her tragedy only in her failure, but not her personality. Like a phoenix rising from the smoke and ash of a blazing summer, Ferran’s performance informs us that tragedy does not necessarily end in sadness; it is from the little fires life and other people throw at us that we are burnt but bred into our true selves. 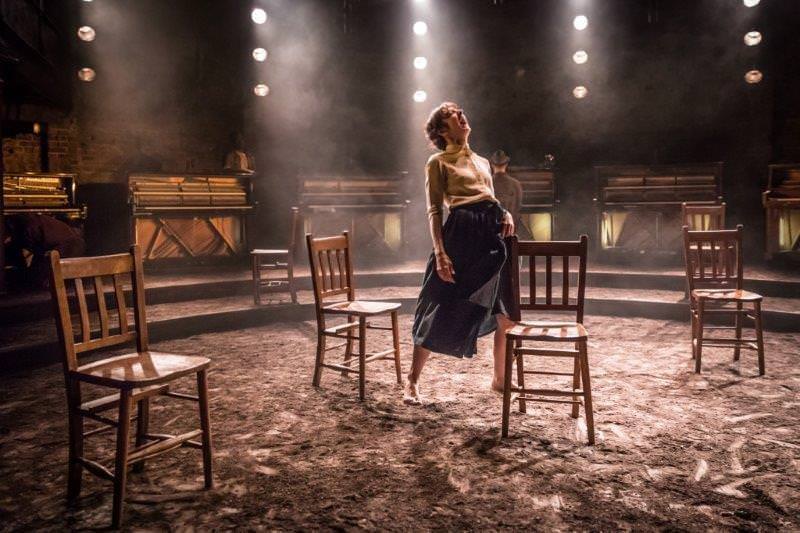 As much as we see the quintessential difference between Alma and John, knowing that their relationship is just about impossible, Ferran and Needham share an onstage chemistry’s that’s almost hypnotic in the way they interact, irresistibly, magnetically drawn to each other as much as their personalities crash and clash completely. It’s the age old story of a good girl drawn to the bad boy she wishes she can tame, yet with Summer and Smoke, the result is quite unexpected, with the two essentially exchanging their souls and personalities by the end of the play, John engaged for marriage while Alma has thrown off her airs, allowing the primal, sexual, passionate side of her to emerge fully. 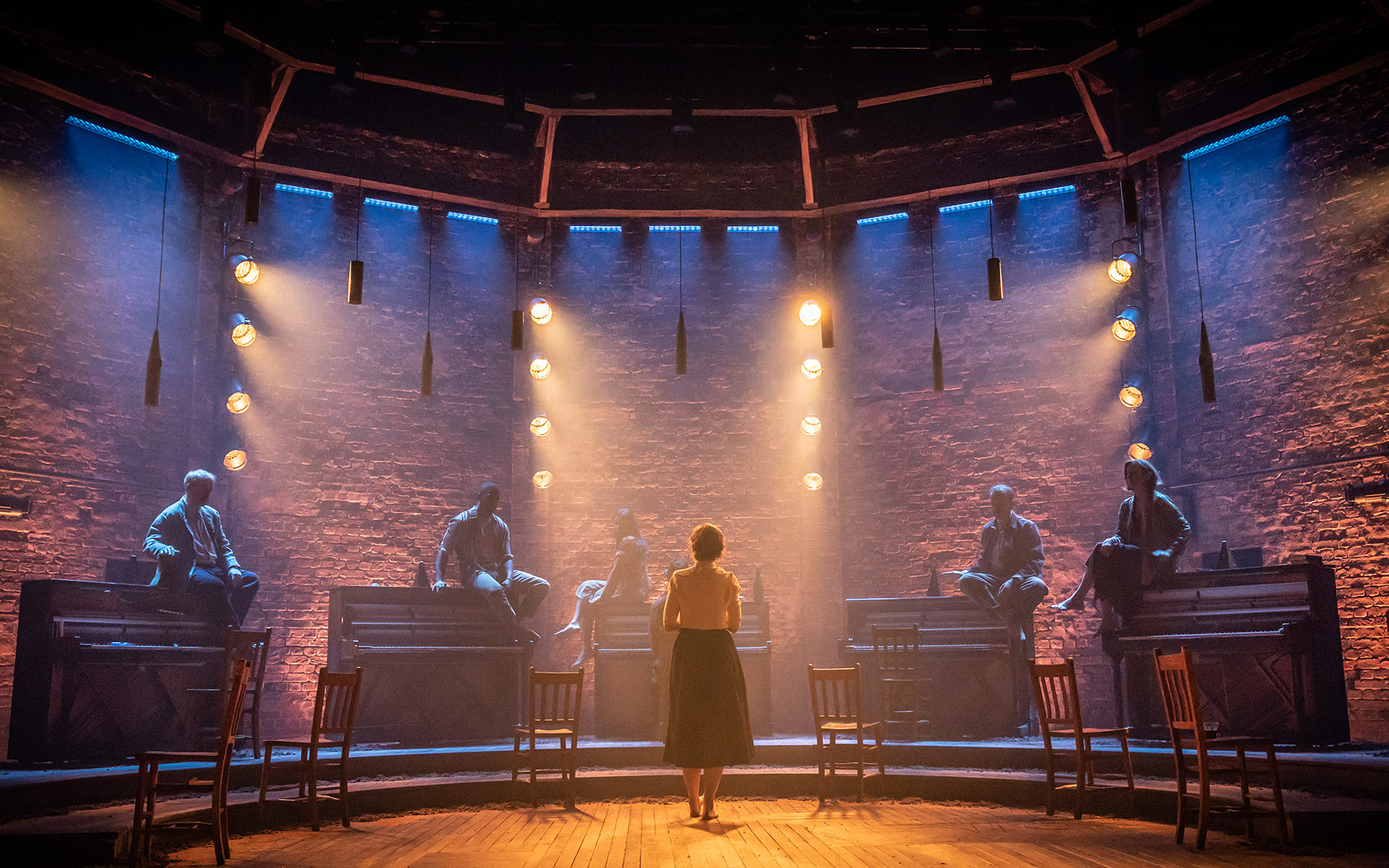 Much of the play’s themes are brought out in Tom Scutt’s spare but effective set design. A semi-circle of seven pianos with interiors lain bare for audiences to see, characters run towards pianos to play them, slipping in and out of the world of the play with a single hop and a skip. Alma’s world, much like the pianos and the audible metronomes we hear perched atop them, is an open book for us, its anatomy (as John might put it) cold, clinical and routine, yet given life by the musical interludes Frecknall introduces, and the passion displayed by Alma as she pursues that which she cannot have. Lee Curran’s lights; cerebral, reflective, harsh – beat down on Alma as she wanders and expands the confines of her psyche. 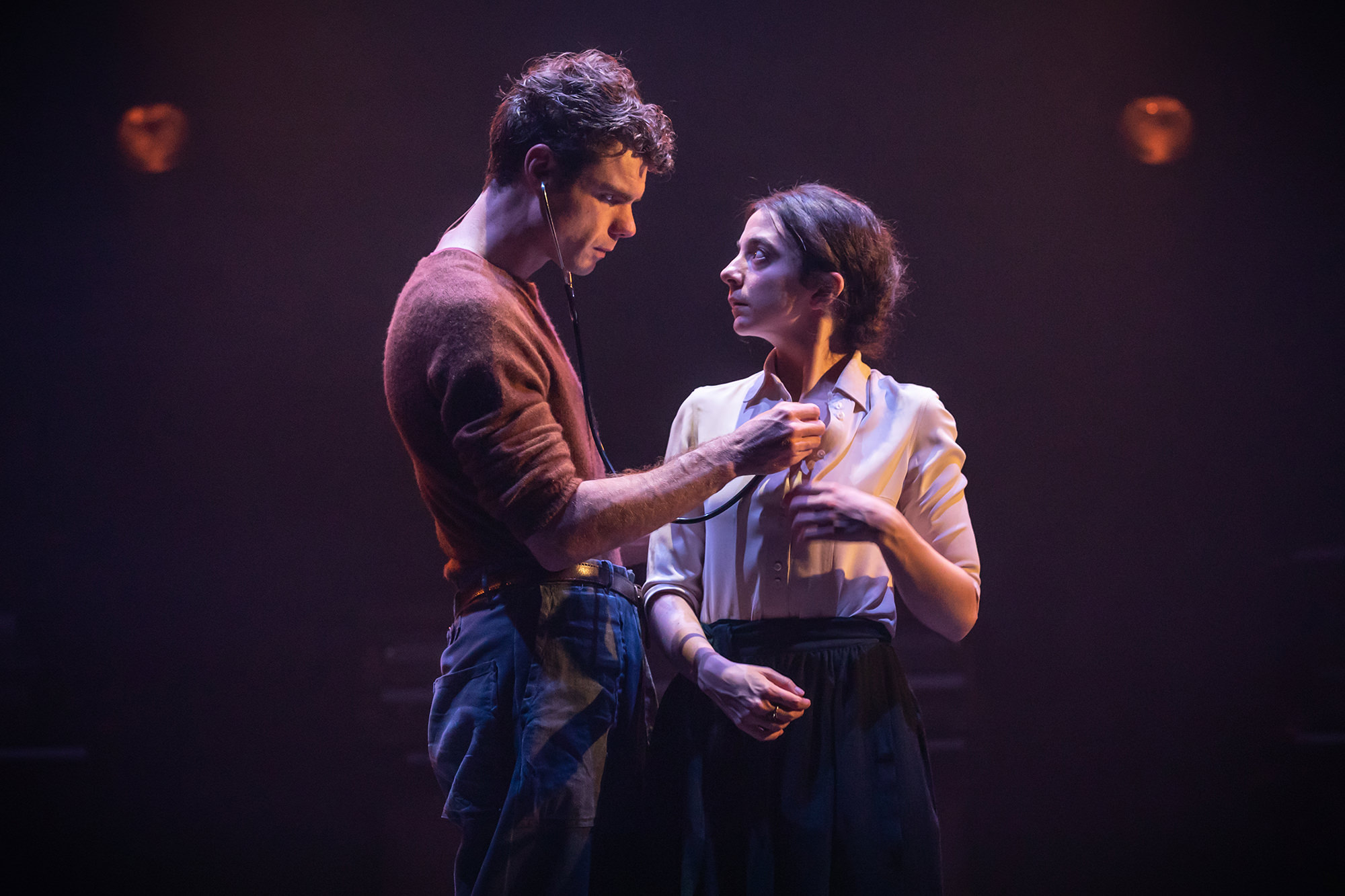 Frecknall’s vision of Summer and Smoke is a heated, passionate, all-consuming flame of a production, and one is left singed sharp by how assured it is at bringing across its message – Summer and Smoke is no longer simply a tale of loneliness and self-destruction, going far beyond previous incarnations of the play to become a tale of metaphorical rebirth as we face the fires of life. 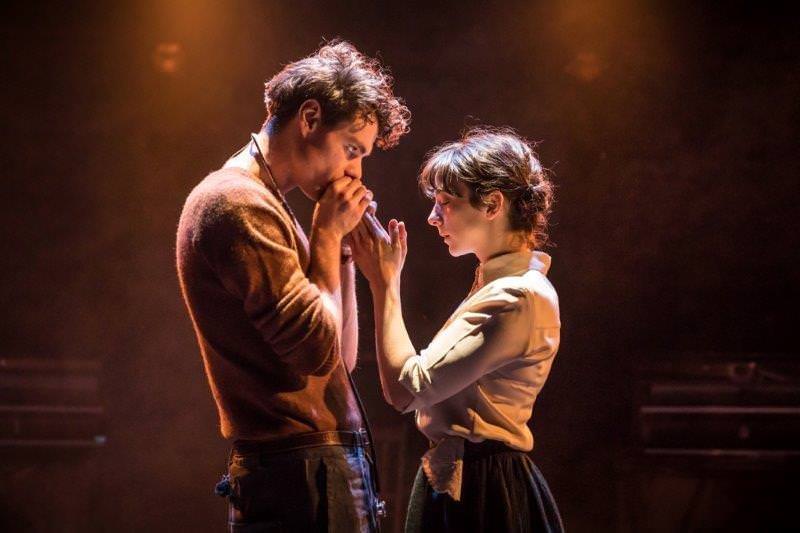 Summer and Smoke plays at the Duke of York’s Theatre, London. For tickets and more information, visit their website here

0 comments on “In London’s West End 2018: Summer and Smoke at the Duke of York’s Theatre (Review)”