LONDON – The Make A Difference Trust is thrilled to announce that a trio of stars are returning to WEST END BARES to co-host the 10th Anniversary performance, West End Bares: Stripped. Graham Norton, […]

LONDON – The Make A Difference Trust is thrilled to announce that award-winning West End star, Kerry Ellis will be performing the finale of West End Bares: Strippedat the climax of the shows 10th Birthday […]

Kate Grenville’s novel gets the stage treatment in this tragedy of colonisation.  LONDON – Across Britain’s long and illustrious history, one particular period that sticks out like a sore thumb is […] 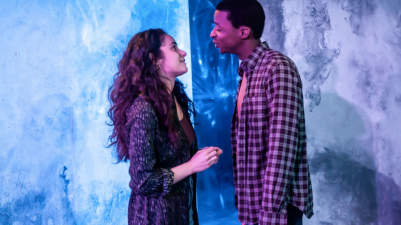 Anna Ziegler’s new play greys the lines of truth and consent. LONDON – In her first play presented in London since the award-winning Photograph 51 in 2015, Anna Ziegler’s Actually shows at Trafalgar Studios, as […]

LONDON – After nine spectacular sold out shows raising over £300,000 for the Make A Difference Trust, West End Bares, theatre’s hottest annual fundraiser, returns for its 10th birthday with a one-off […]

LONDON – Written by Michael Dennis and directed by Andrew Keats, watch as Trafalgar Studios plays host to Dark Sublime this June to August. The story follows Oli, who arrives at the door […] 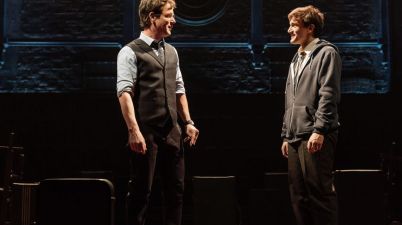 In London’s West End 2018: Harry Potter and the Cursed Child at the Palace Theatre (Review)

The international phenomenon proves perhaps magic truly does exist within the theatre.  LONDON – To the casual outsider, Harry Potter and the Cursed Child feels like an overrated play. After all, following seven […]

In London’s (Off) West End 2018: Jekyll and Hyde by Scripts For Supper (Review)

A culinary way to enjoy this Gothic classic. LONDON – Annie McKenzie is a woman of many surprises – besides being an expert in the kitchen (2016 MasterChef Semi-Finalist), she’s also […]