There’s already plenty to get excited about for the 2019’s arts season! Esplanade – Theatres by the Bay, has launched their 2019 Huayi – Chinese Festival of Arts lineup, and we couldn’t be more excited for this 17th edition.

Taking place from 15th to 24th February 2019, Huayi 2019 builds on the success of last year’s five new commissioned works, working together with both local and international arts groups to produce brand new shows exploring Chinese culture in all its forms, with a total of six commissioned and co-commissioned works this year. 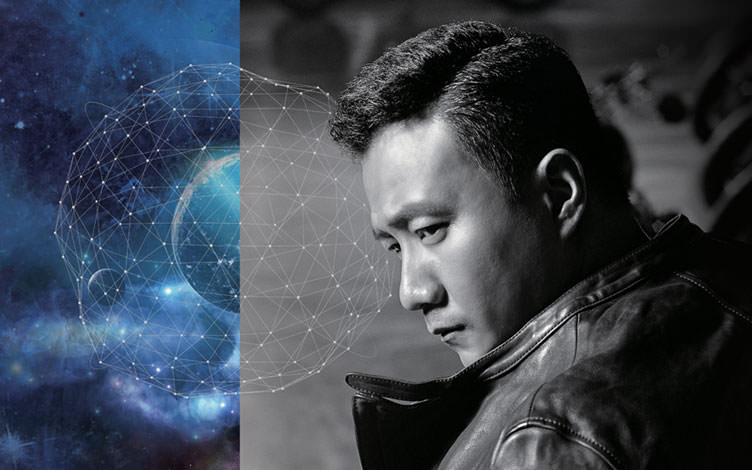 Headlining Huayi 2019 are two brand new commissions, opening the entire festival with a new Chinese adaptation of Shakespeare’s Hamlet by acclaimed director Li Liuyi. Co-commissioned by Esplanade – Theatres on the Bay and Hong Kong Arts Festival, the project was also specially commissioned by the Royal Shakespeare Company (RSC) as part of the Shakespeare Folio Translation Project. The tragedy of the melancholic Danish Prince will be produced by Beijing Li Liuyi Theatre Studio, and features a star-studded cast that includes actor Hu Jun (Red Cliff), stage veteran Pu Cunxin and actress Lu Fang, not to mention costumes by award-winning Hong Kong art director and costume designer William Chang (In the Mood for Love, The Grandmaster) and renowned stage and lighting designer Michael Simon. This is a dynamic modern revival of Hamlet that is gripping from start to finish. 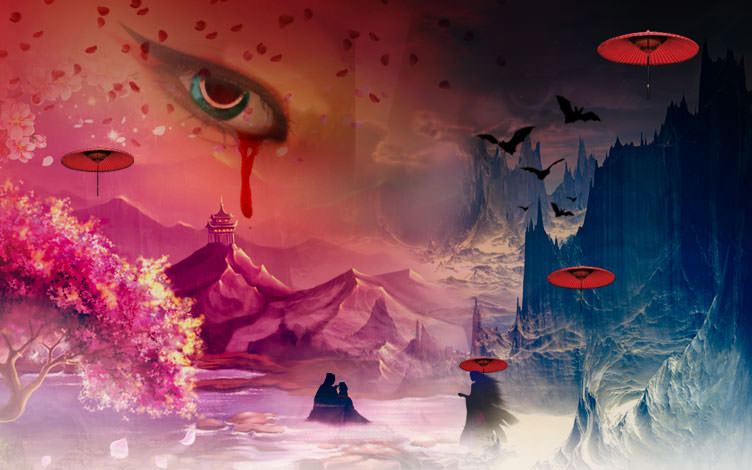 The second, taking place in the form of a one night only concert, will be the Singapore Chinese Opera’s Painted Skin – An Opera in Concert. Adapting the classic Chinese short story from Pu Songling’s Strange Tales from a Chinese Studio of the same name, the concert will fuse both Western and Peking Opera elements, and tease out the greed, lust and hypocrisy concealed under our skins when a scholar falls in love with a demon in disguise. Conducted by maestro Tsung Yeh, expect plenty of other unexpected elements from live multimedia projections to contemporary theatrical elements, in this co-commission by Esplanade – Theatres on the Bay, China Shanghai International Arts Festival, Singapore Chinese Orchestra, and produced by Major Performing Arts Group.

Other commissions this year include experimental theatremaker Liu Xiaoyi’s FOUR FOUR EIGHT, a site-specific piece set in an actual bar inspired by the late Sarah Kane’s 4.48 Psychosis, as well as That Which Cannot Be Divided, a double bill of new dance works choreographed by renowned choreographers Bulareyaung Pagarlava from Taiwan and Albert Tiong from Singapore, as two former members of Taiwan’s distinguished Cloud Gate Dance Theatre explore the mystery of prime numbers. 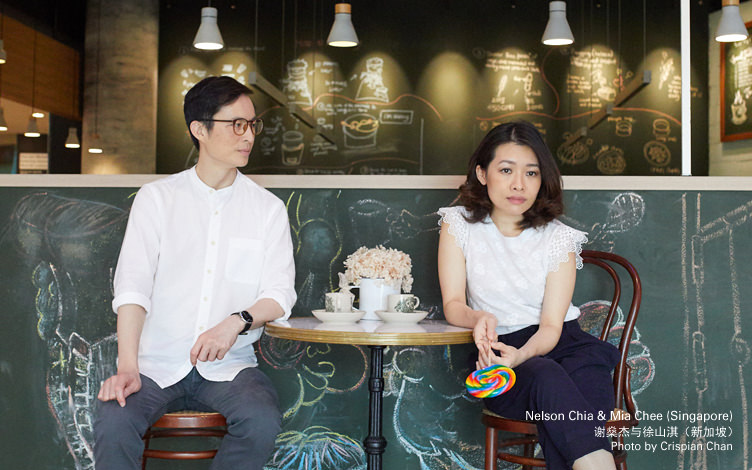 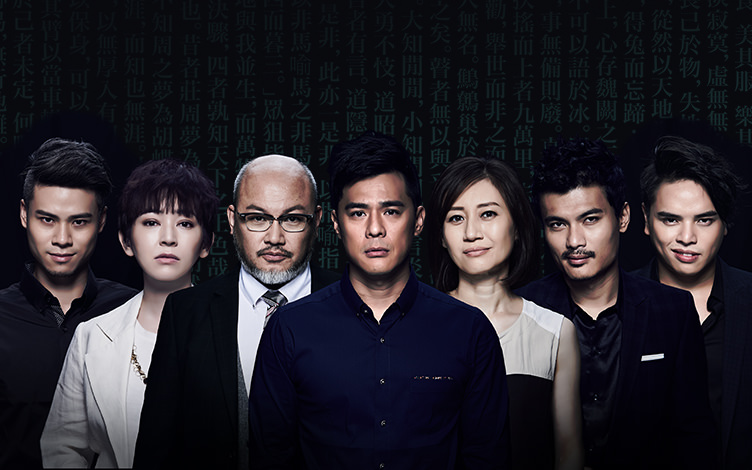 Those looking for an adrenaline rush should also take the chance to catch Taiwan’s Story Works show The Way of Zhuang Zi, a thrilling drama being presented overseas for the first time, where six clueless strangers sign up for an escape room game based on the teachings of Chinese philosopher Zhuang Zi, only to discover far higher stakes involved when a gun appears, and dark secrets are revealed. Meanwhile, Taiwanese theatre company M.O.V.E. Theatre will be presenting the experimental Dear John, an innovative, cross-disciplinary production inspired by the philosophy of avant-garde American musician John Cage. 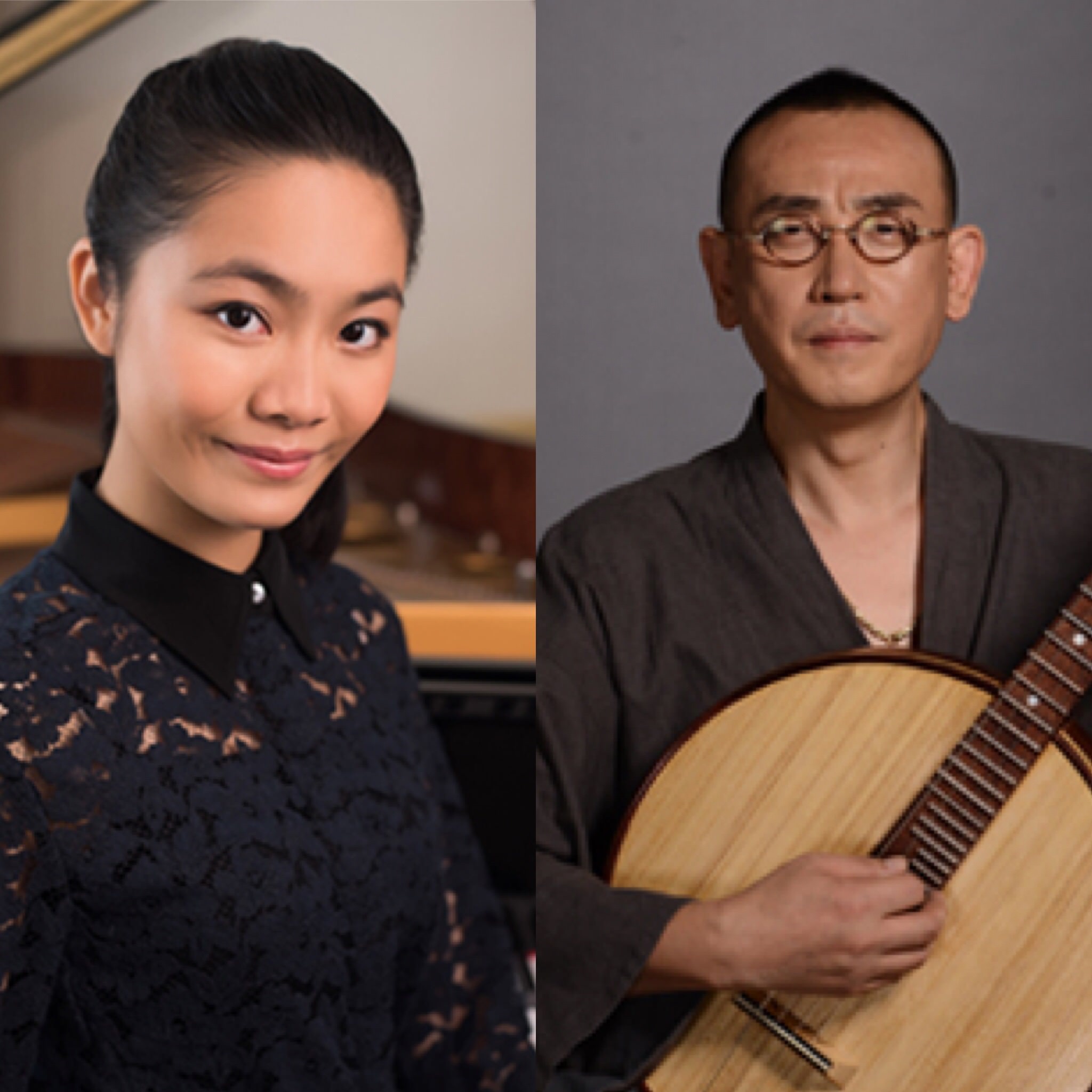 On the classical music side, look out for Chinese ruan master Martin Feng as he presents traditional Chinese tunes and his own original compositions, while Hong Kong’s 21-year old Tiffany Poon will take the Esplanade Recital Studio by storm, as the young accomplished pianist with over 14 million YouTube views and over 110,000 social media followers makes her debut solo concert at Esplanade. 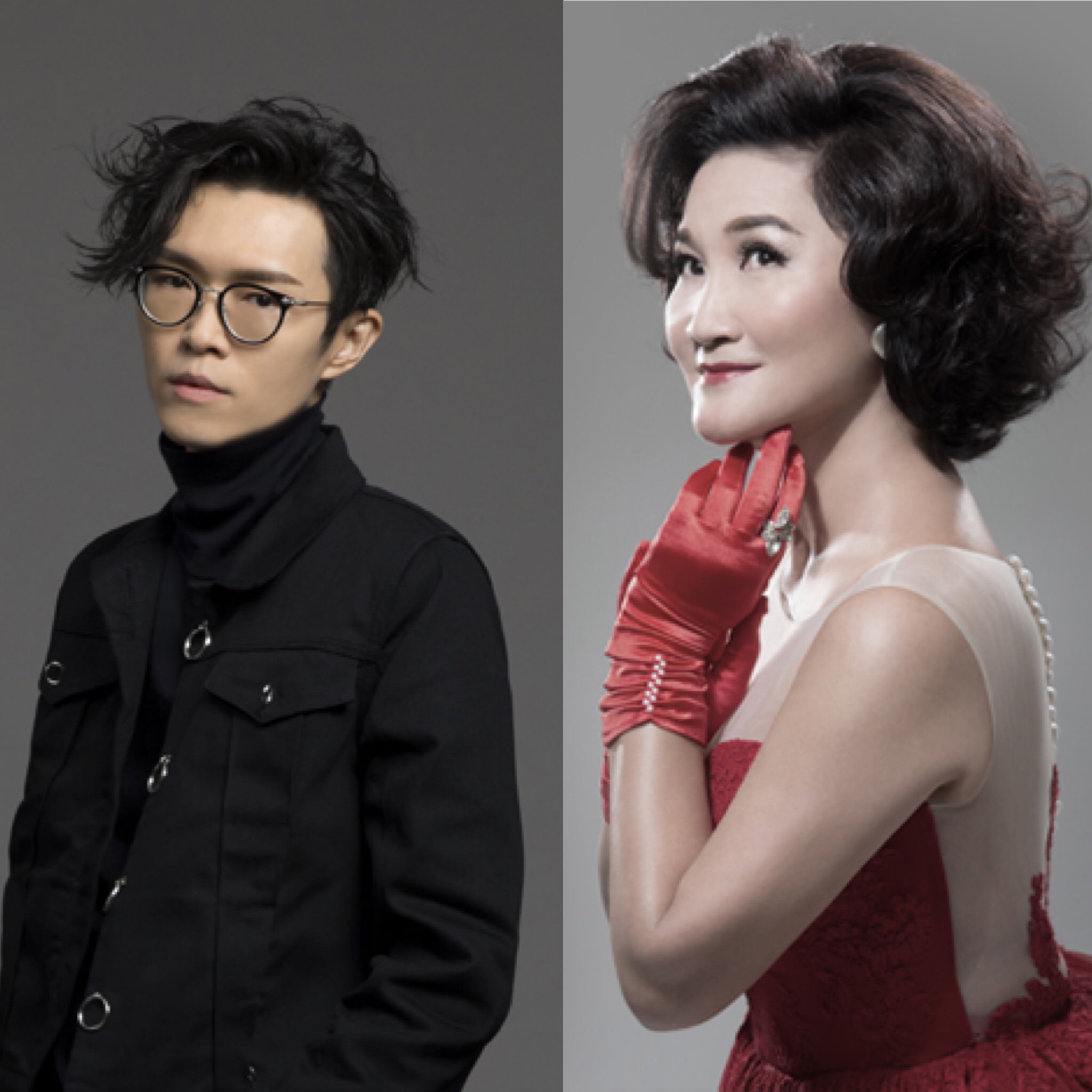 Headlining the contemporary music acts this year is Hong Kong-based soul singer-songwriter and producer Khalil Fong, who has penned songs for superstars like A-Mei, Eason Chan and Jacky Cheung, besides having released 15 albums to his name and countless hits. Also look out for charismatic evergreen music songstress Yudi Yap from Malaysia, who’ll present an impressive repertoire of Nanyang songs from from Shanghai’s golden classics in the 1930s to the fabulous ’50s and ’60s, backed by Malaysia’s leading jazz band, WVC. 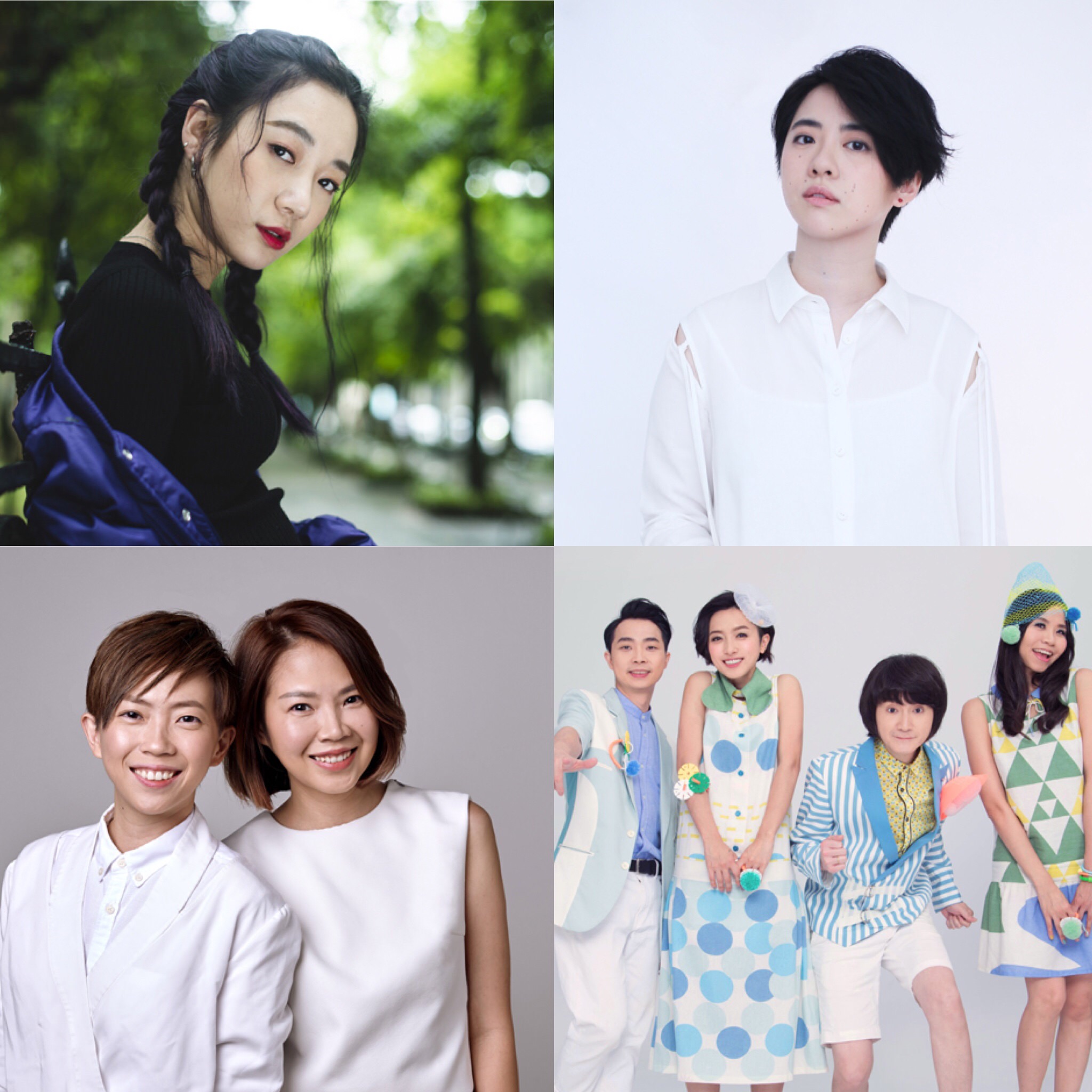 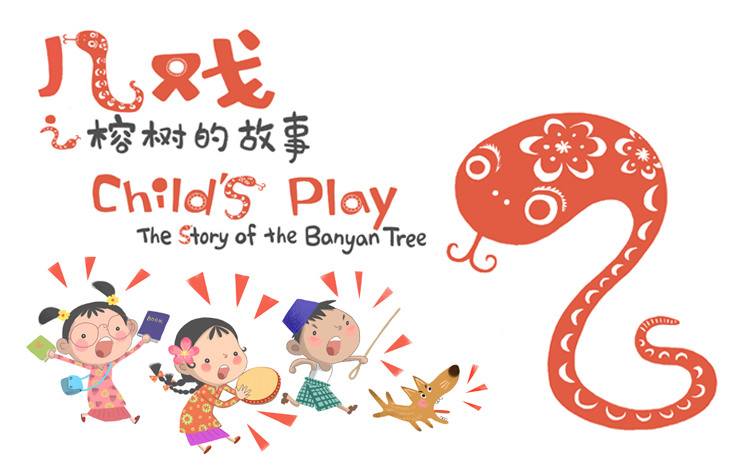 Even kids get a chance to join in all the fun, with the brand new Child’s Play – The Story of the Banyan Tree, an immersive children-only theatrical production by Danny Yeo and 3Pumpkins. Over 100 free performances and activities will also be presented throughout the 10-day festival, ranging from Chinese dance to instrumental concerts, puppetry performances to evergreen hits, ensuring that there will be something for everyone. 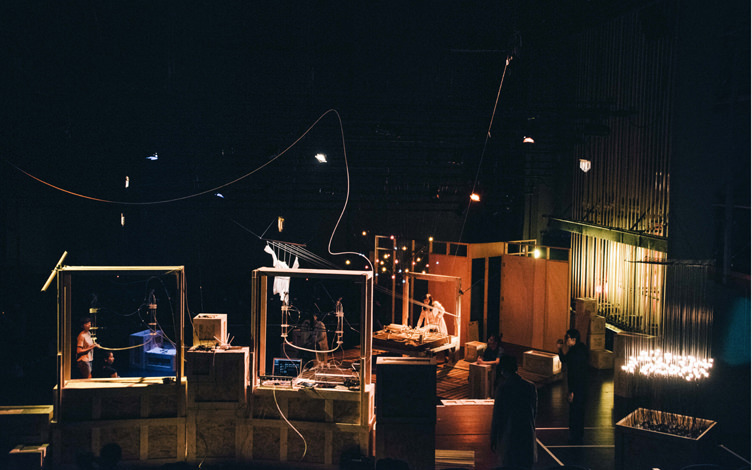 Says producer Delvin Lee: “It is an innate desire for humans to constantly explore new places or gain new experiences. Doing so in the company of good friends makes it more enjoyable, and sometimes, we also get to make new friends in the process. At this year’s Huayi, we scale the heights of artistic vision and create new work together with friends we’ve built strong relationships with, and venture into new spaces with friends whom our audiences may not have met before. We hope that everyone will start the new year afresh and go on this exciting arts adventure with us at Esplanade!”