Falling in love with dance.

In a 1997 SUNY Stony Brook study, psychologist Arthur Aron and his colleagues explored whether intimacy between two complete strangers could be accelerated by having them ask each other a set of 36 questions. While the questions begin innocently and playful enough, postulating about an ability one might like to wake up to the next day or if one would like to be famous, it’s not long before the questions become intimate and personal, requiring each person to dig deep into their own personal histories, traumas and values to come completely clean and be vulnerable with each other. 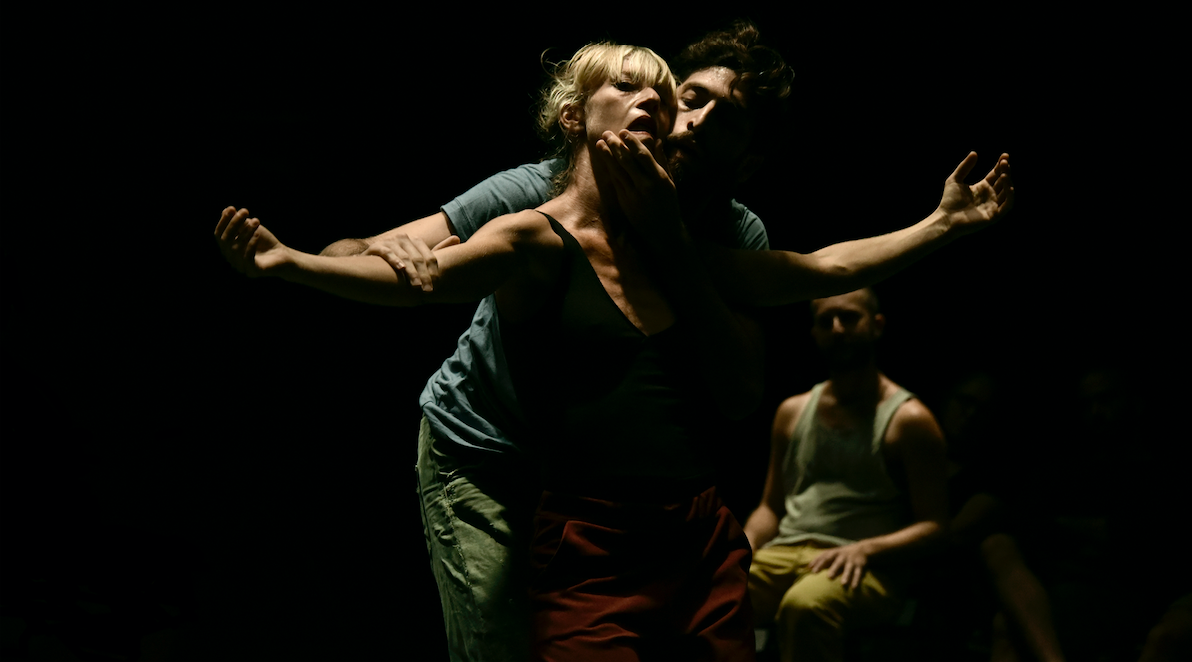 Inspired by this concept, Israeli-British artist Rachel Erdos crafted Q&A (the 36 questions), expanding the scope of the experiment to attempt not just to have two people fall in love with each other, but for the entire theatre to feel a sense of community and kinship over the one hour dance performance, breaking down their barriers as strangers. 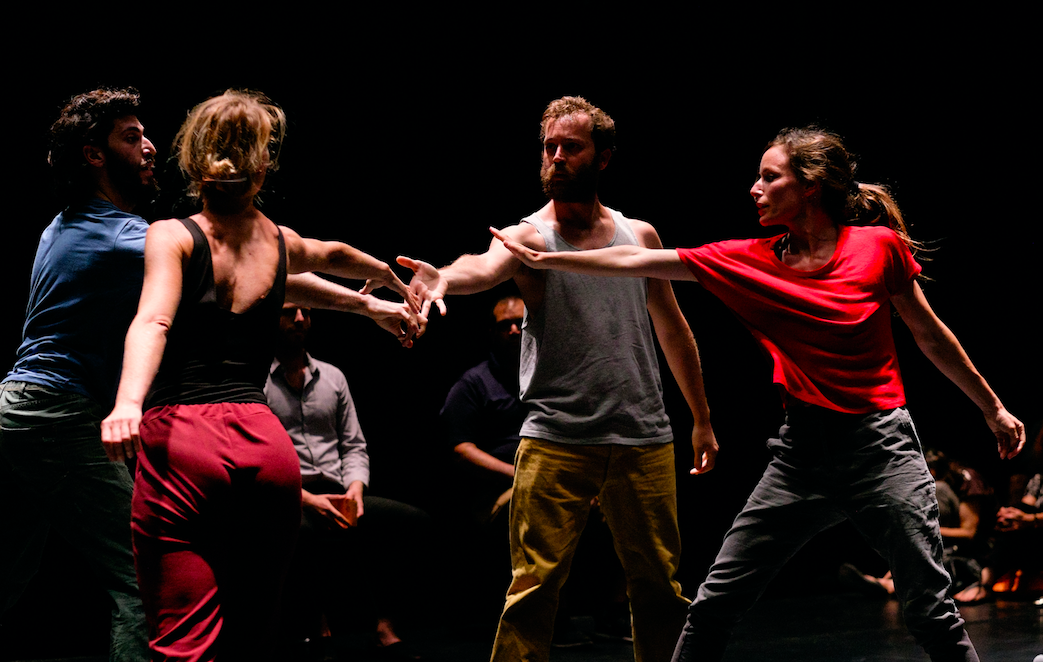 Dancers Avidan Ben-Giat, Shuli Enosh, Tomer Giat and Shay Haramaty arrive onstage, completely unannounced while the houselights remain on, creating the sense of complete casualness as we become aware not just of the performers but also of the other audience members we are surrounded by, able to see each person’s reaction and response to each part of the performance. 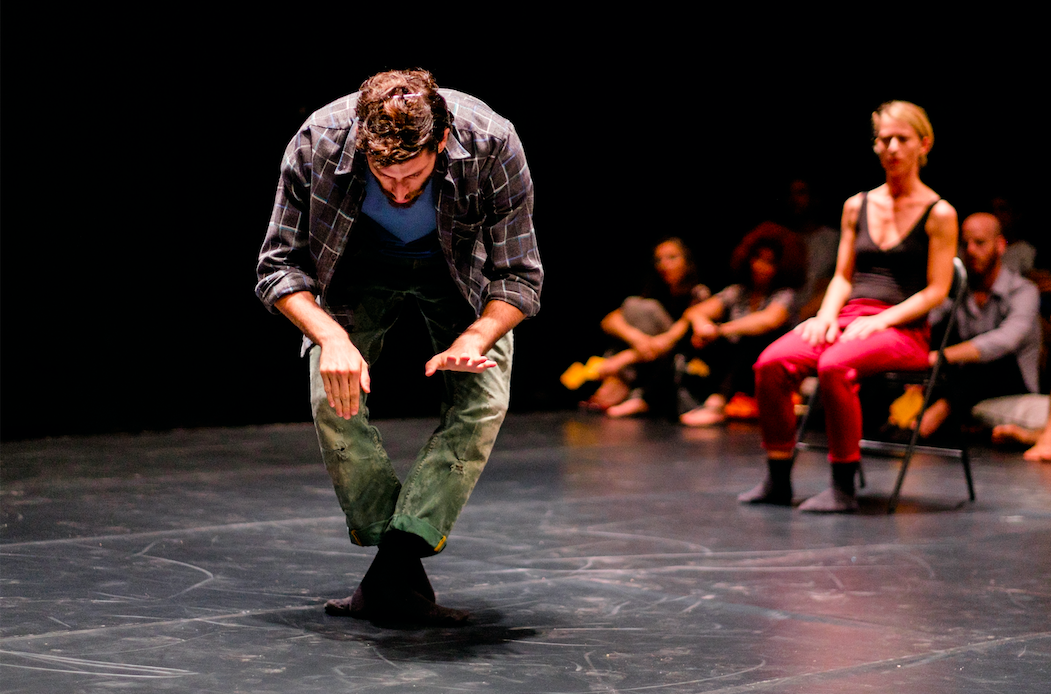 The performance begins with the very first question – “Given the choice of anyone in the world, whom would you want as a dinner guest?” Tomer Giat responds to this non-verbally, as he kneels and slides across the floor backwards in a counter-clockwise motion, setting the tone for the rather unconventional answers that we might expect from the remainder of the performance. His movements smooth as he glides seamlessly across the floor, it’s certainly an unexpected and unconventional response, but one that seems to answer it satisfactorily nonetheless. 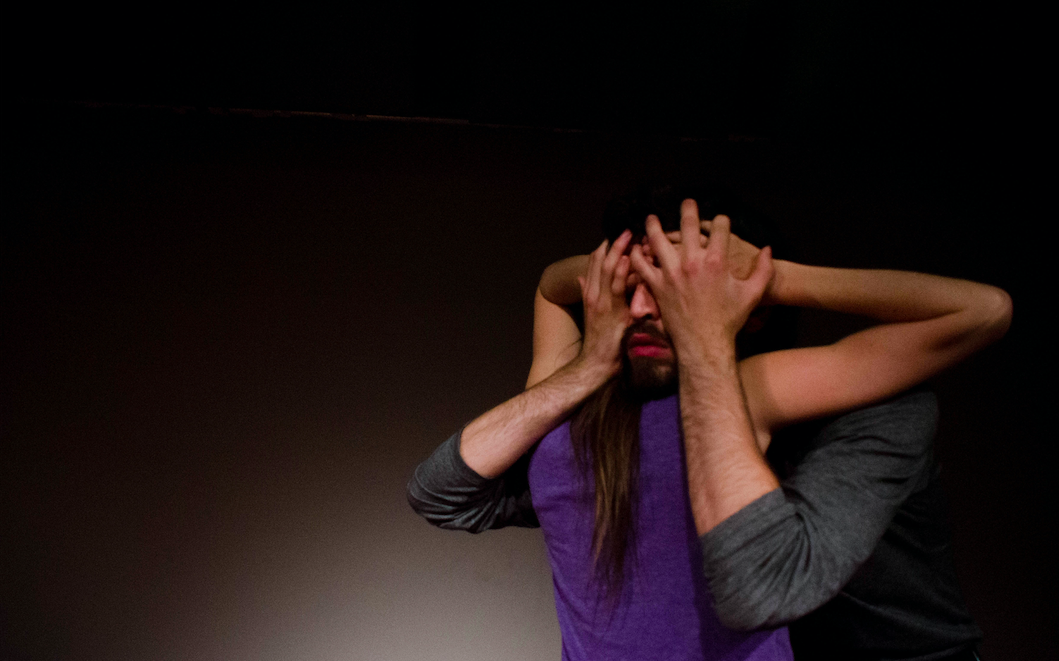 Q&A is equal parts joyful and reflective. Laced with a sharp sense of humour, the response to “If you could wake up tomorrow having gained any one quality or ability, what would it be?” prompts the Superman theme to play, with Tomer utilizing the soundtrack as a means to display both the image of a caped crusader as well as an almost ballet-like choreography, while still retaining a child-like sense of wonder and energy as he lifts his fellow dancers up as if they too are granted the gift of flight. In another instance, dancer Shuli Enosh portrays various instances of herself dying in comically exaggerated means in response to the question “Do you have a secret hunch about how you will die?”, writhing and pulsating as she falls to the floor as if electrocuted to death before a surprise last sputter. 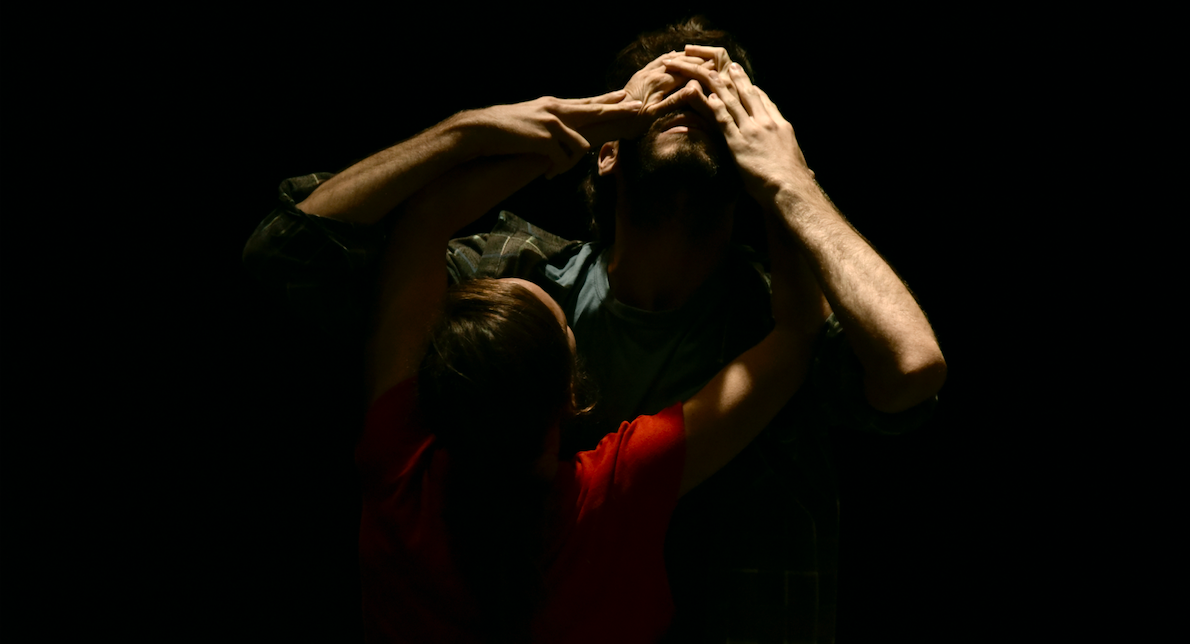 At other points, the dancers are forced into answering deeper questions, such as the twin questions of “What is your most treasured memory?” and “What is your most terrible memory?”, prompting responses that see the dancers alternate between movements that evoke pure joy and immense pain, clutching tightly at their own face and body as seemingly, they try to tear it apart for the latter. It is imperative that these answers and movements come from a place of truth, not one that is crafted for the sake of artistry, as the sincerity of these responses comes through to us and in a sense, does in fact make us feel like we’ve learnt something intensely personal about the dancers. 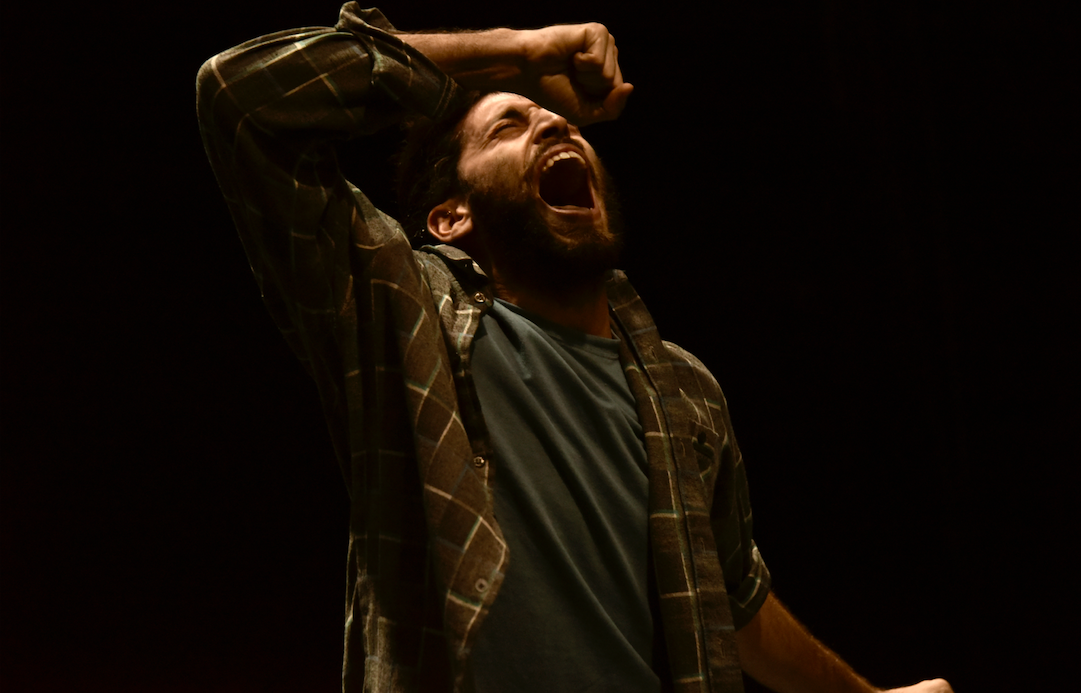 It helps of course, that dream-like, soothing tracks from the likes of Beach House to Erik Satie allow audiences to enter a more suggestible mood, heightening each emotion that each move creates. Look out in particular for the final sequence set to Liverpool Express’ ‘You Are My Love’, where all four dancers sync their movements perfectly in a delightful choreography one cannot help but smile at, one that is at times a little silly as they bob their bodies along, yet a sequence they’re completely comfortable with performing, their confidence and joy spreading to the audience as well. 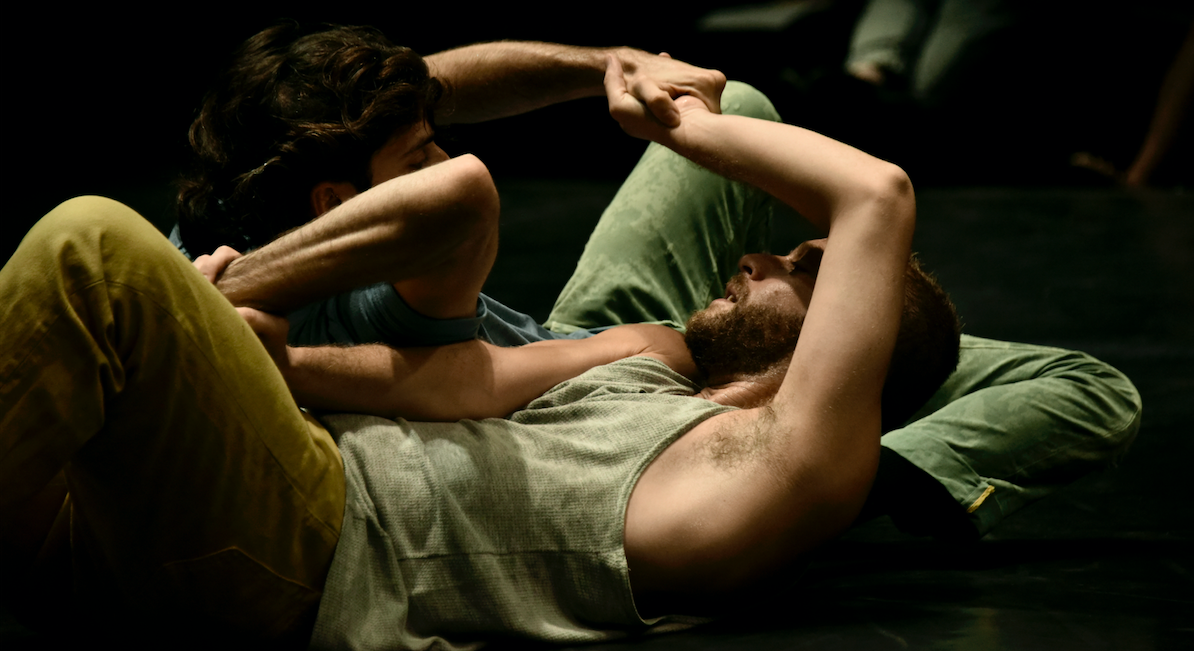 One particularly memorable segment sees the dancers pose the question “Name three things you and your partner appear to have in common” to audience members in the front rows, an exercise that while simple enough, works to break the barrier between audience and performer further still, blurring the fourth wall quickly and further endearing us to them as we answer frankly. This follows on from the dancers themselves answering the questions, making simple, obvious observations (‘we are happy to be in Singapore’, ‘we have jetlag’), leading into a sequence showcasing them supporting each other through a series of trust falls while continuing to voice their answers, a movement that only grows faster with each iteration that showcases the powerful building of community through the answering of these questions, precisely the intent of the performance in the first place. 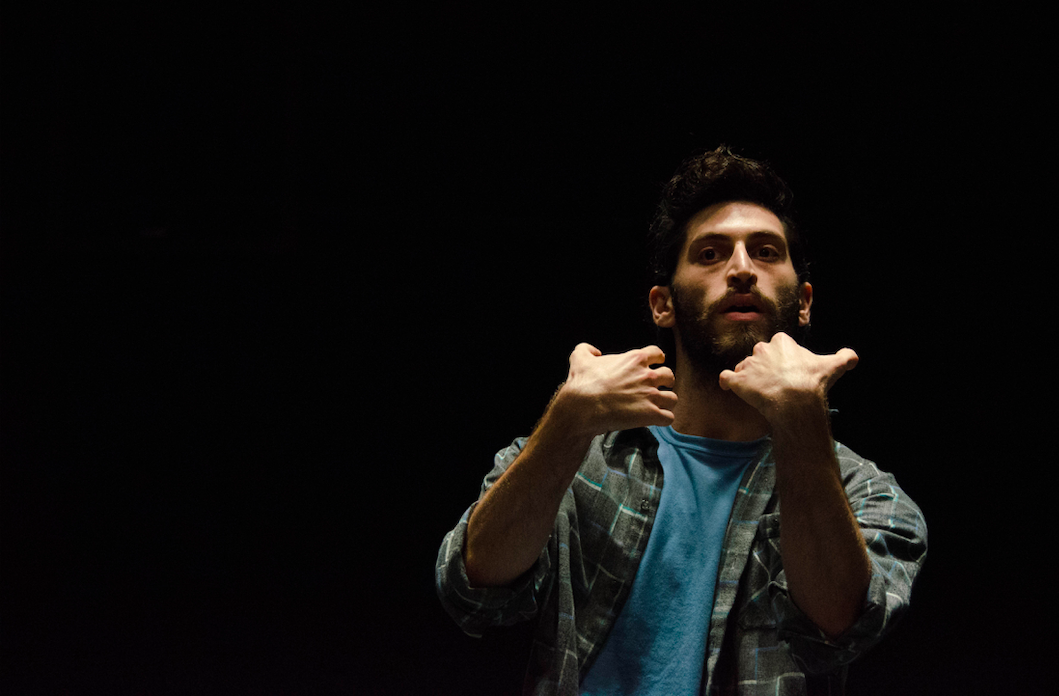 Erdos’ choice to completely rearranges the flow of the questions, jumping back and forth, skipping over some questions before returning to earlier ones does affect the effectiveness of these questions a little and deviates from the original intent, as the mood of Q&A shifts rather wildly each time, helped in no part by the large audience size that creates a further degree of distance not just from the dancers but also each other. But it is to the credit of the dancers that their eternal smiles and exuberant energy are what encourage us to participate and immerse ourselves entirely into this experience, trusting them and allowing ourselves to just be true in the simple yet safe space they’ve constructed. 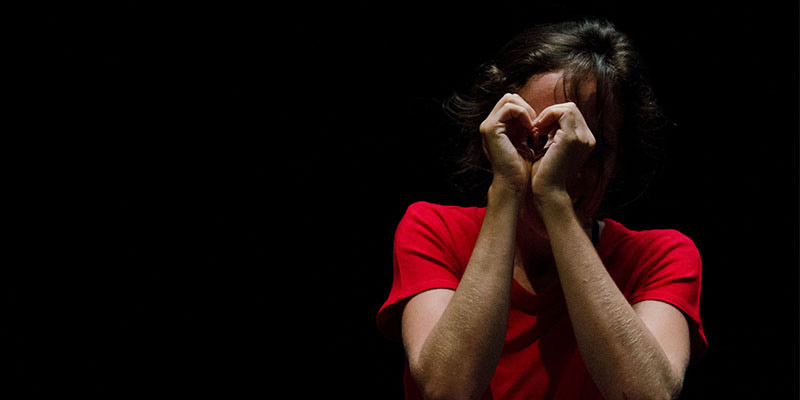 The performance ends as the original experiment does – with an exercise where the strangers stare into each other’s eyes for a full four minutes. Inviting audience members to join them onstage, sitting and staring at each other, there is only silence, the occasional awkward giggle, and what feels like brief, genuine connections forming as the lights fade to black, the entire theatre, for the slightest moment, feeling as one.