Inclusive theatre highlighting the aesthetics of access and the lives of SPED teachers.

Some say originality is dead, but one would be surprised to find that each year, theatre companies continue to find new ways to innovate or put untold stories on the stage. Not In My Lifetime?, The Finger Players’ first production of 2019, happens to be one of them. Written by Alvan Yap, Not In My Lifetime? explores the rarely seen lives of special education (or SPED) teachers, their motivations and challenges in school life, as told through The Finger Players’ signature puppetry and interactive elements.

When the show begins, each performer and creative team member arrives onstage to introduce themselves, including surtitlist Nur Shafiza and sound artist Danial “Wheelsmith” Bawthan. The performers comprise a combination of creatives both theatre and non-theatre trained, namely musician Inch Chua, Myra Loke, social worker/improv theatremaker and deaf community ally Evelyn Chye, and dancer and disability advocate Nix Sang. The performance itself feels like it has been tailored to hold audience members’ hands as they take us step by step into the simple premise of two SPED teachers discussing their lives, very well thought through as we are eased into the weird world of Not In My Lifetime?, where students are literal monkeys (well-crafted from clear plastic tubes, pink dustpans and googly eyes by Ong Kian Sin) and SARS fever strips take the form of pages ripped from a booklet. 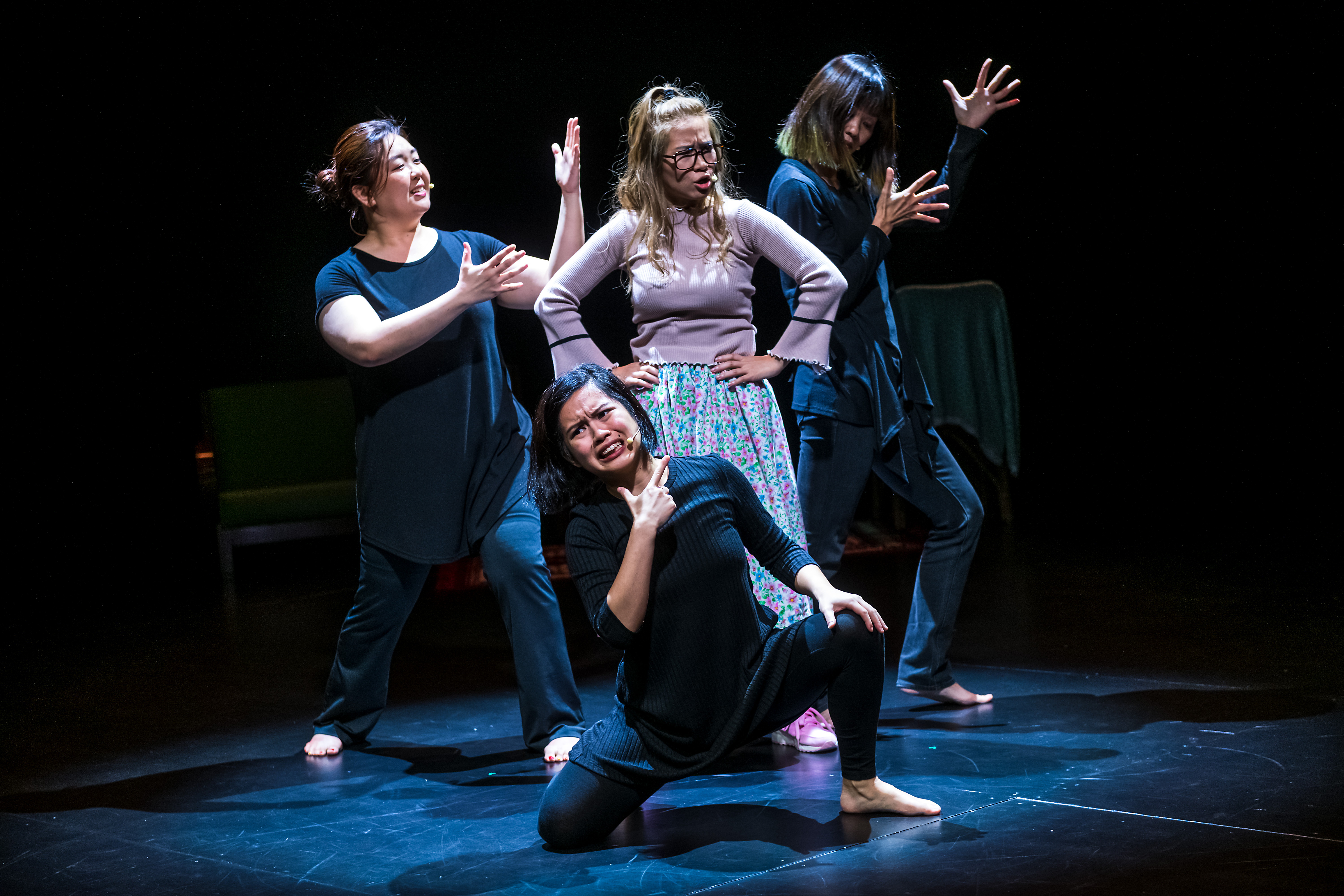 While one feels that The Finger Players could have afforded to go into even more abstract and surreal territory to better illustrate the absurdities and frustrations of life, Not In My Lifetime? still manages to broach some difficult topics without getting too heavy. Issues of policymakers using sleight-of-hand techniques to avoid addressing SPED issues are presented as literally clumsily passing a child (puppet) from hand to hand, using a shallow “it takes a village” euphemism to relinquish responsibility, while the concept of “Snakes and Ladders” is used to highlight the seemingly unchanging career and educational landscape for SPED educators, one step forward one step back, leading to the pessimistic title that change is so slow, it might never happen within their lifetime. 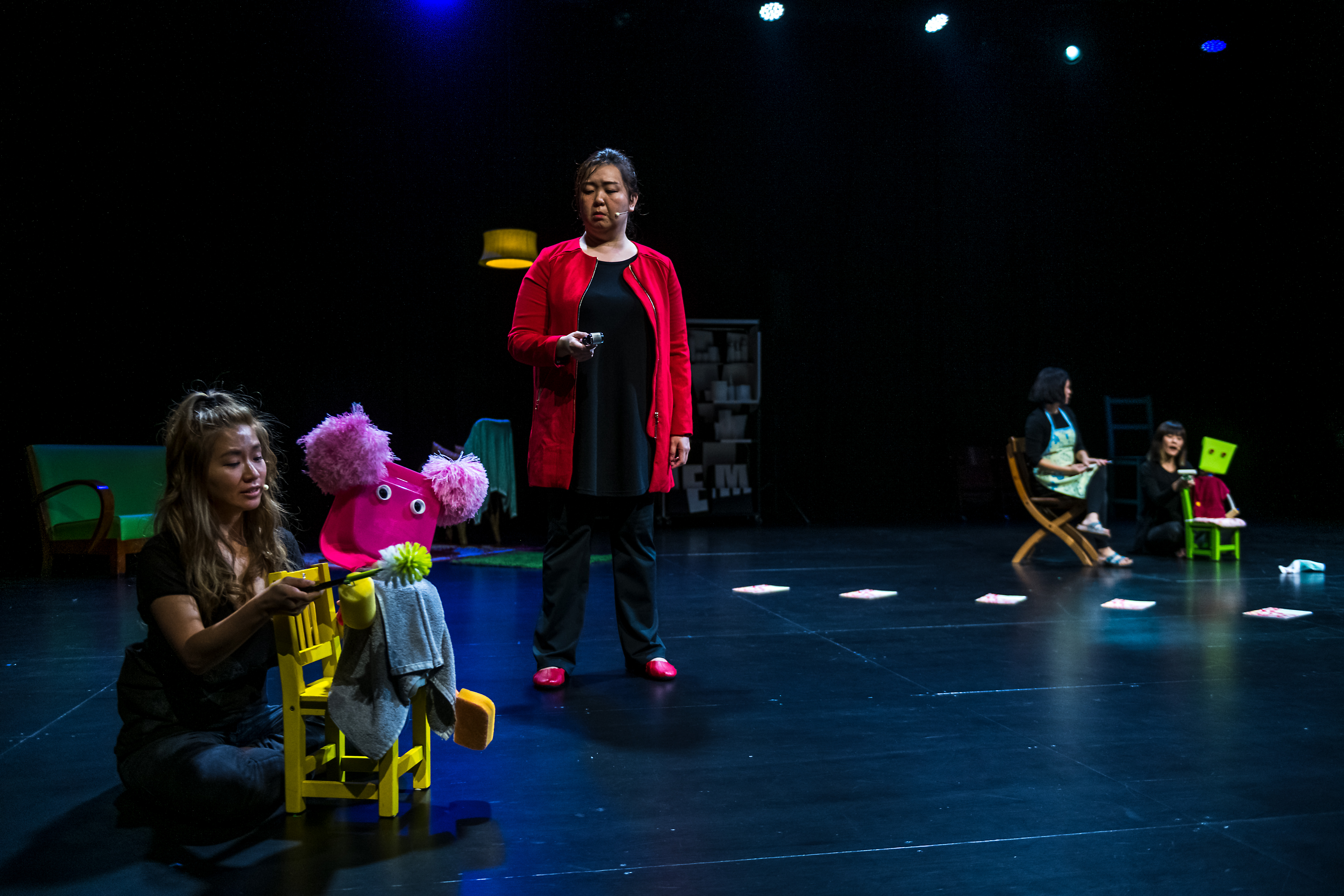 Even with its relatively straightforward storyline, Not In My Lifetime? still manages to catch one unawares at times with poignant, emotional moments. One particularly affecting scene sees Myra Loke playing a student having an episode, as she thrashes about violently, viscerally under a blanket. Inch Chua, as her teacher, tries in vain to stop her, even suffering an injury as a result. As she huddles in a foetal position in a corner, quietly, crying as she sings ‘Somewhere Over The Rainbow’, we watch Myra slowly come to a halt, and we feel the very real struggles, both physical and mental that SPED teachers go through, sympathising for their often difficult and rarely talked about plight. 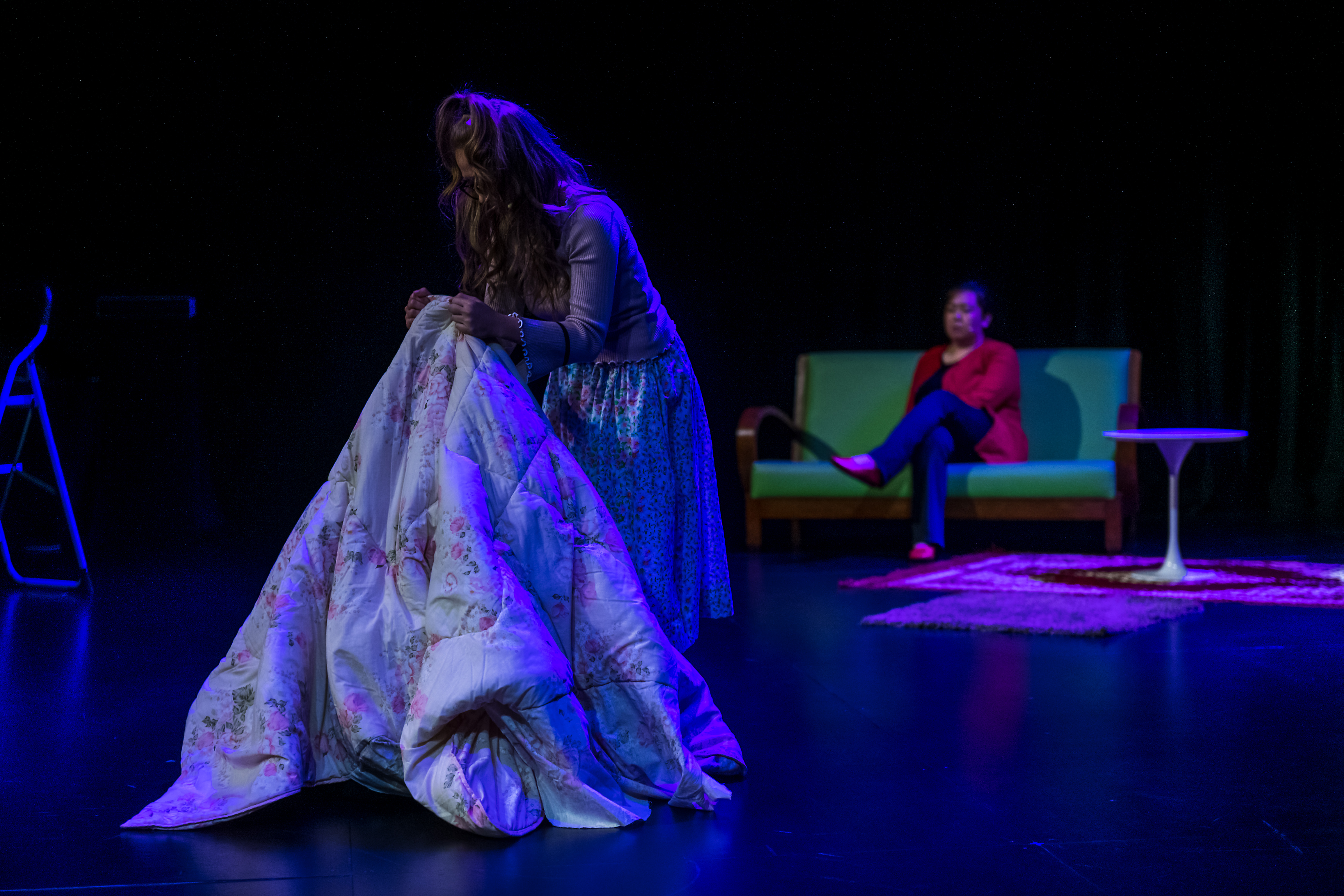 Due to the subject of the show itself, The Finger Players has crafted a production that attempts to accommodate audiences of all backgrounds, and as a result, has managed to draw in an audience that might not usually have even attended theatre in the first place, such as members of the disabled community, and of course, SPED teachers themselves. This dedication to inclusivity extends to even before the show begins, with a specially organised ‘touch tour’ for vision impaired audience members to have a detailed ‘preview’ of the show as they get to know the sounds and other elements of the show, such that they can better form a visual image in their head during the show itself. 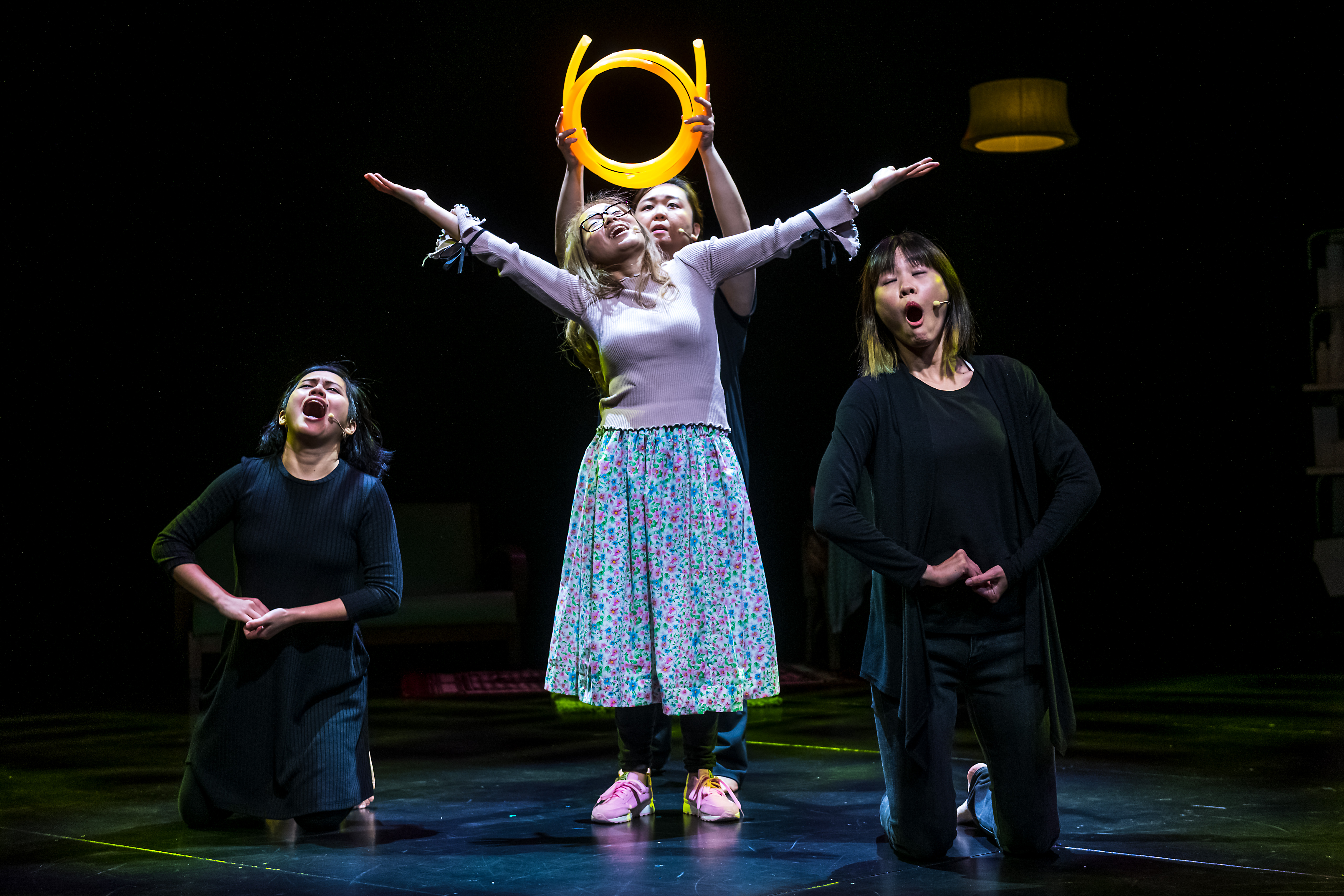 Meanwhile, when the house opened, ushers allowed priority seating to the differently abled as they entered first, directing them to seats best suiting their needs, such as a section facing the captions (by surtitlist Nur Shafiza, playing with both font type and colour to aid the deaf), or simply by providing a sound device for actor Timothy Nga to live audio describe performers’ actions and set/lighting changes for the vision impaired to imagine, often delving into the abstract such as “the space transforms into an auditorium”, making for a richer mental image. Even in the post-show dialogue, live note taking and sign language is utilised to ensure all audience members are catered for. 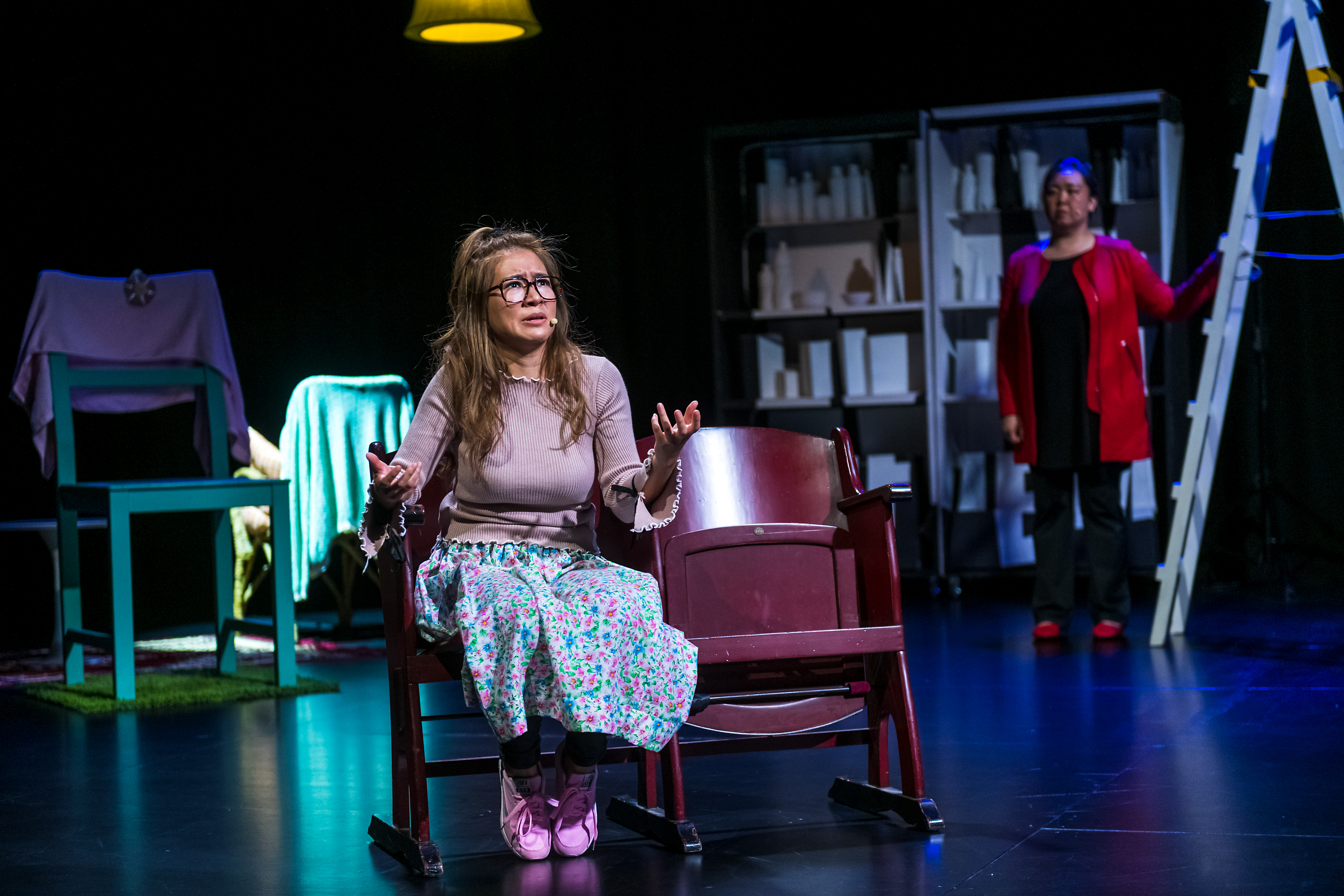 Slowly but steadily, Singapore is seeing an increase in the efforts made to accommodate diverse audiences, particularly in terms of the differently abled. With The Finger Players’ Not In My Lifetime?, Tan Beng Tian and her team have taken those efforts one step further, in making full use of the current technology at our disposal and the power of The Finger Players’ aesthetics to make theatre even more accessible to members of the public, shining a spotlight on a rarely discussed topic and group of people in an aesthetic and accessible way. As long as the road ahead may be, it’s shows like this that draw our attention to how much more we can still do to make our scene one where arts truly can be for all, regardless of age or background.

Not In My Lifetime plays at the Gateway Theatre Black Box from 5th to 17th March 2019. Limited tickets available, interested audience members should email marketing@fingerplayers.com directly

0 comments on “Review: Not In My Lifetime? by The Finger Players”