Far too often, the arts are seen as in direct conflict with the maths and sciences, unable to co-exist in harmony and worlds apart. Yet with the 2019 NUS Arts Festival, for its 14th edition, the team has decided to do the impossible, and show the world that arts and math do in fact, have a lot in common with each other, at “Singapore’s First Ever Mathematics-themed Arts Festival”.

Taking place over two weekends from 15th to 23rd March, NUS Centre for the Arts (CFA) presents A Game of Numbers, bringing together dance, music, theatre and film all themed around mathematics. Over 250 local and international arts practitioners, student artists and faculty members will be involved with the festival, which was inspired by the writings of mathematician G.H. Hardy, who wrote “A mathematician, like a painter or a poet is a maker of patterns” and stated “[t]he mathematician’s patterns, like the painter’s or the poet’s must be beautiful; the ideas like the colours or the words, must fit together in a harmonious way. Beauty is the first test: there is no permanent place in the world for ugly mathematics.” 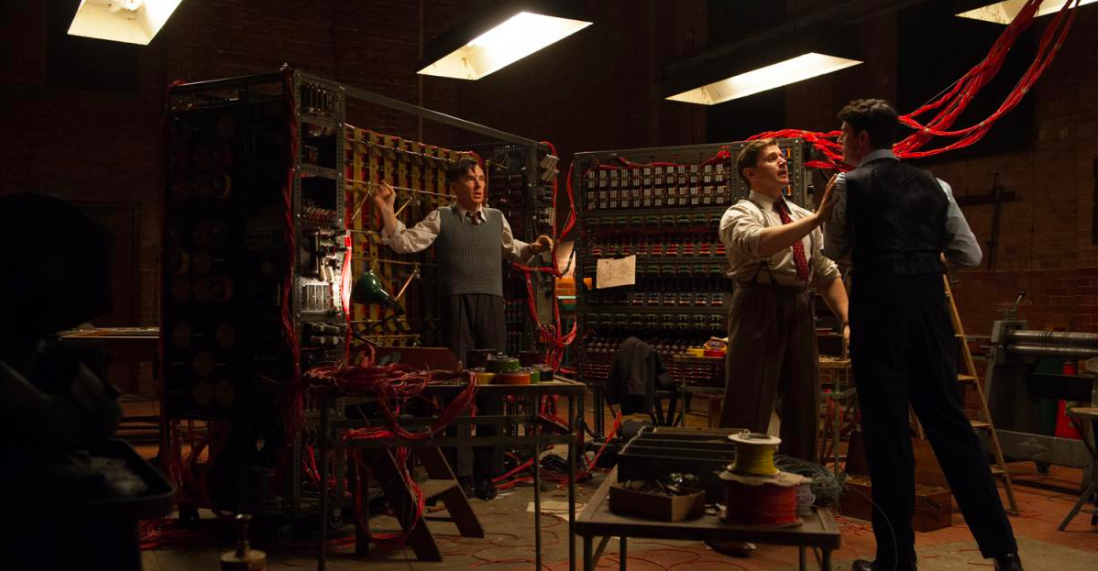 Says Professor Zhu Chengbo, Head of Department of Mathematics, which is collaborating with the CFA on this festival: “We are indeed honoured to work with CFA as part of our 90th Anniversary celebrations to deepen appreciation and broaden interest in the area of mathematics through its connection to the arts. Our professors are recognized for their work in pure and applied mathematics. Some with a deep personal interest in the arts will be giving short talks to the artists to clarify concepts in the work they are developing for the festival.” 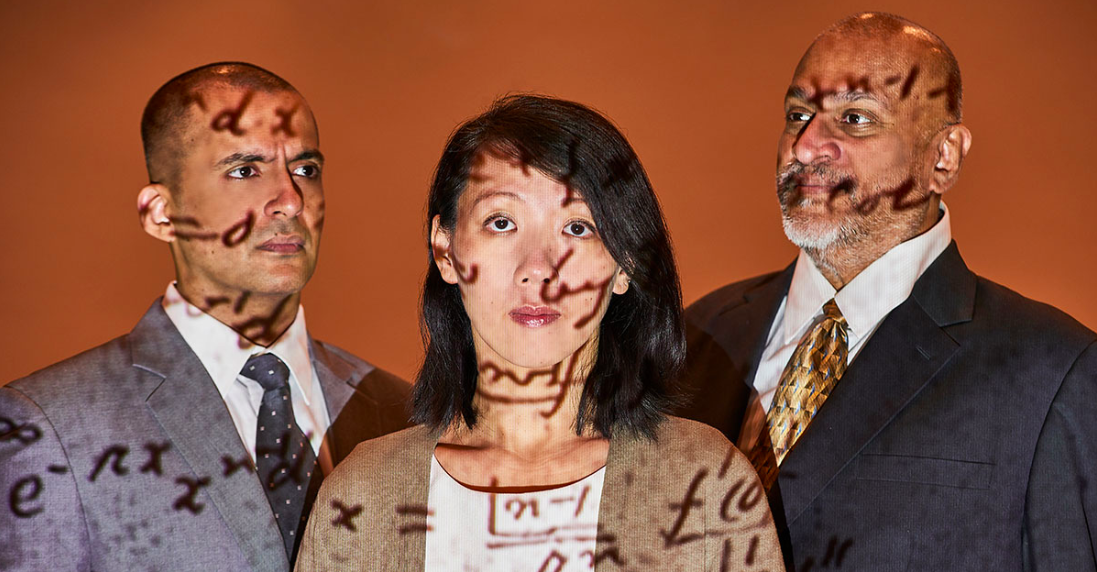 The festival opens on 15th March with Complicité UK’s award-winning A Disappearing Number, the first time ever a Singapore group has obtained the rights to stage it. Directed by Edith Podesta, the 2008 Olivier Award winner for Best New Play is based off the true story of the extraordinary collaboration between Cambridge professor G.H. Hardy and self-taught mathematician Srinivasa Ramanujan, who made some of the most significant mathematical discoveries of the 20th century. The play will star professional actors Remesh Panicker, Koh Wan Ching and Pavan J Singh, as well as feature the creative talents of Brian Gothong Tan, Steve Kwek and Teo Wee Boon with students from NUS Stage. 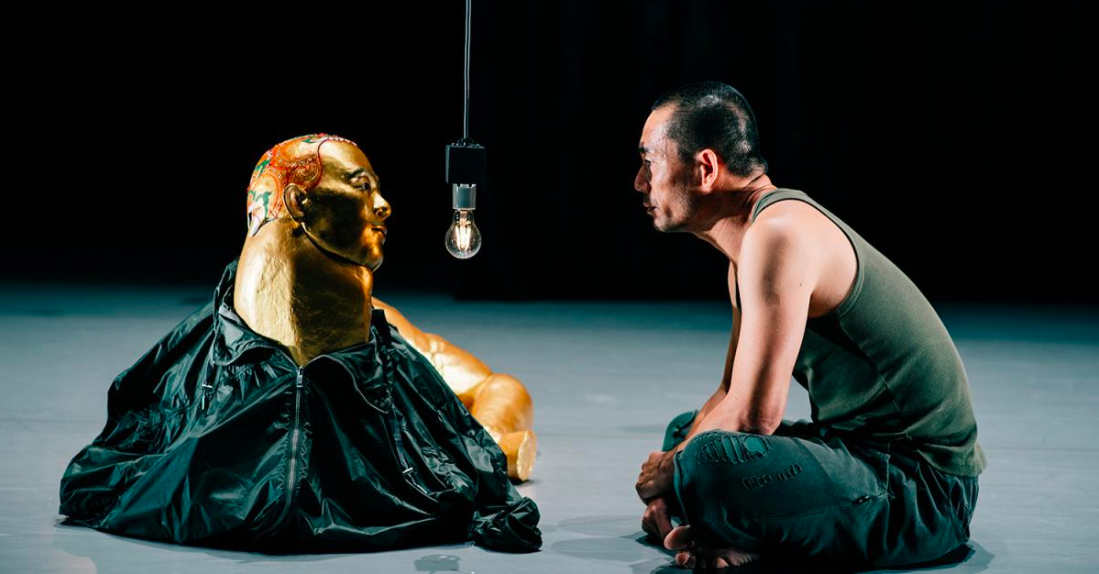 Another highlight of the festival to look out for would be BEHALF, a danced dialogue between Taiwanese dancer Chen Wu-kang and Thai dancer Pichet Klunchun. The dance evolved from a series of conversations about their cultural backgrounds to exploring the relationship between traditional and contemporary dance and between students and their teachers in an effort to define our selves in the form of parts and fractions. These then went on to become a series of dance solos – a form that exists in almost all traditional dance – resulting in a mutual dialogue, which then moves on to involve a local musician and the audience. 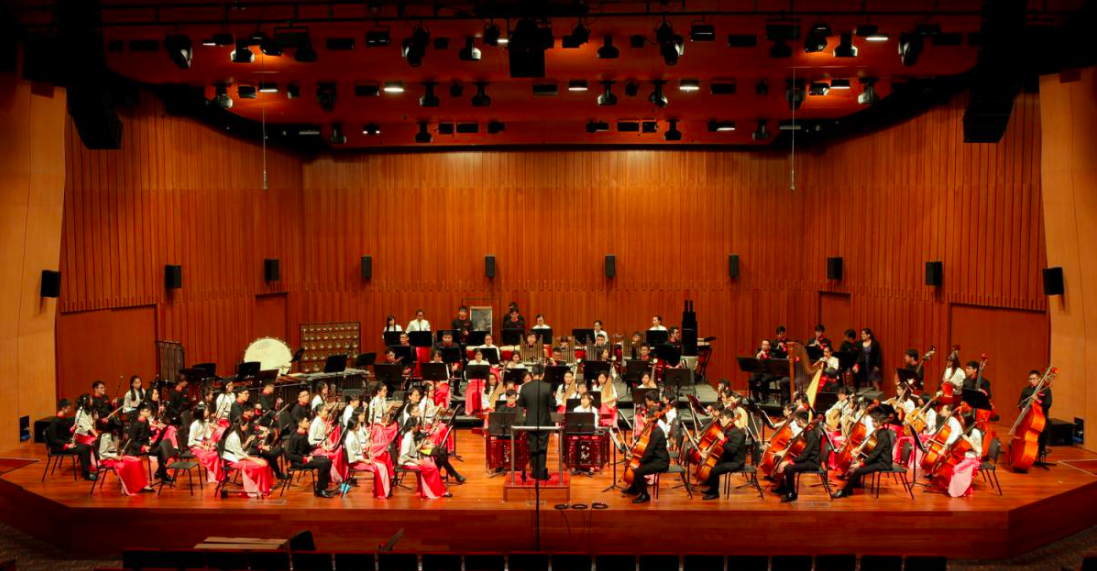 The festival will close on 23rd March with a concert by the NUS Chinese Orchestra; under the baton of conductor Moses Gay, The Art Of War 《战数》will feature three works: The Great Wall Capriccio 《长城随想 曲》, Yellow River Concerto《黄河钢琴协奏曲》and a revisiting of the Symphonic Poem: The Battle of Red Cliffs 《交响诗：赤壁》. How does Sun Tzu relate back to math? Apparently – through how China’s historic defence efforts are rooted in mathematical concepts that can still be expressed as game theory today. 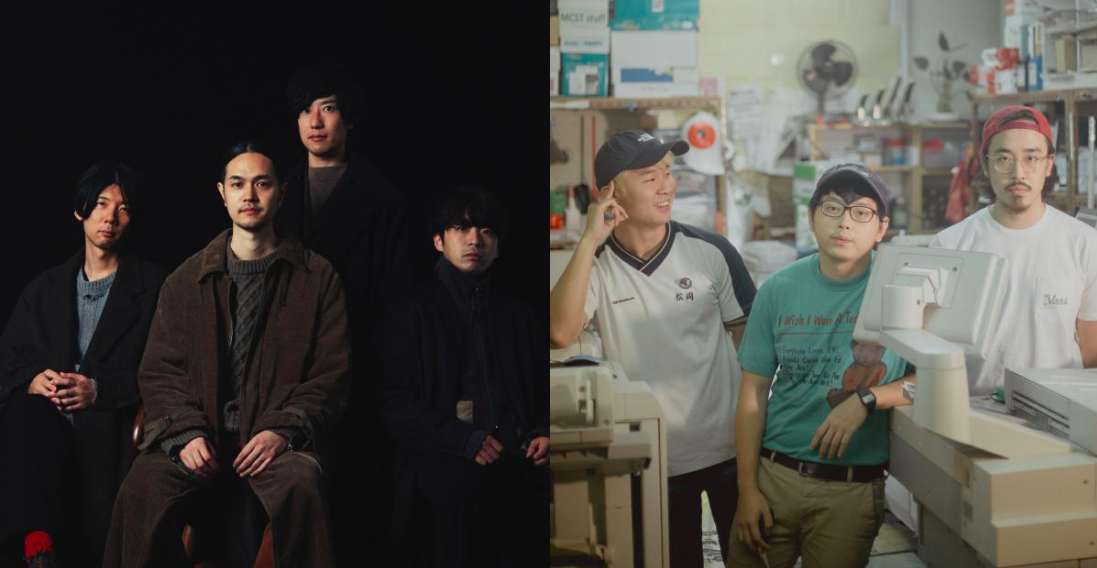 Other programmes to look out for during the festival include Sine of the Times, a math rock music celebration featuring LITE, hailed as one of Japan’s top instrumental rock acts, Singapore band, Forests, while Judy Ngo devises and directs NUS Chinese Drama in The Child Who Loved Numbers, exploring how numbers have different social and cultural meanings across borders and generations and by extension, how we’ve come to view ourselves. NUS Indian Dance presents 28, a performance inspired by the rhythmic beats that form the basis of Bharatanatyam Dance, while chamber music comes to life with pianist Abigail Sin and violinist Loh Jun Hong, in collaboration with visual artist Yanyun Chen, as they present Variations and Variables. 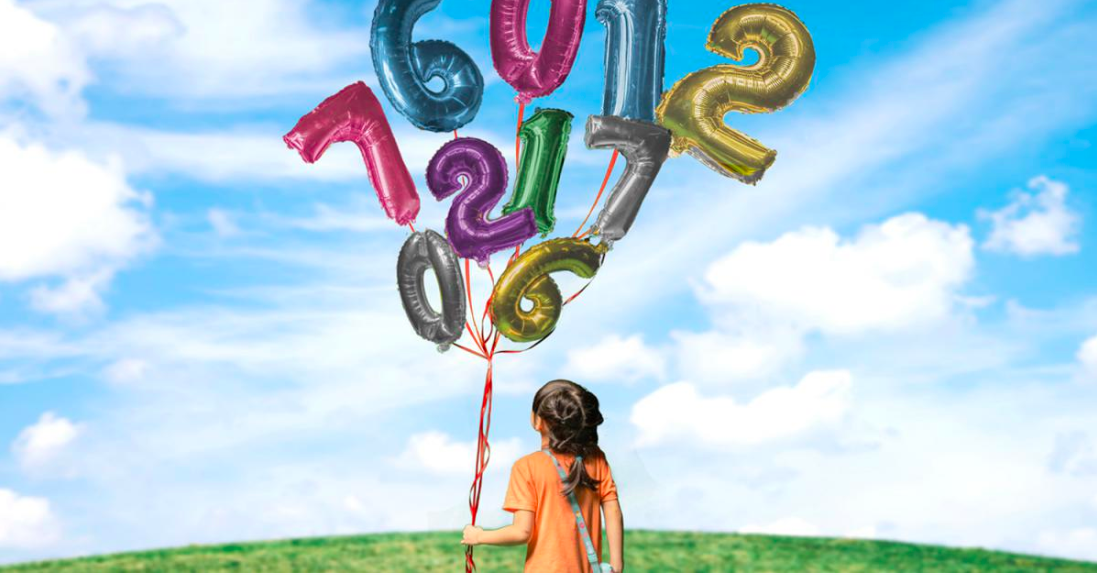 The Child Who Loved Numbers

A line-up of free events are also available, including a series of free talks and panel discussions to discuss the intersections and parallels between math and art, not to mention exclusive screenings of award-winning films such as The Imitation Game starring Benedict Cumberbatch and The Man Who Knew Infinity starring Jeremy Irons and Dev Patel, and even Mamoru Hosoda’s animated film Summer Wars. 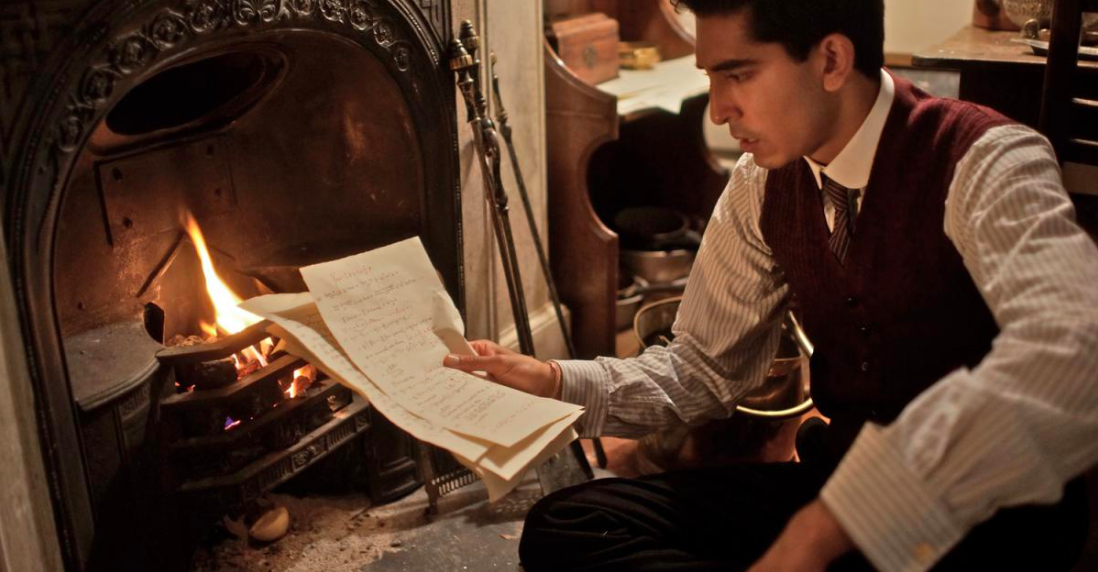 The Man Who Knew Infinity

Says Ms Sharon Tan, Director for CFA, “This collaboration between the Department of Mathematics is a continuation of CFA’s efforts to integrate the arts into different aspects of learning and University life. The Festival gives us the opportunity to expose the students in our arts groups who come from various schools to areas of study they would otherwise not have access to and this broadens their minds through creative thinking. We are grateful to the Department of Mathematics for their keen involvement in the Festival through consultations with the students and artistic directors and as moderators of the panel discussions. We look forward to seeing the fruits of this collaboration.” 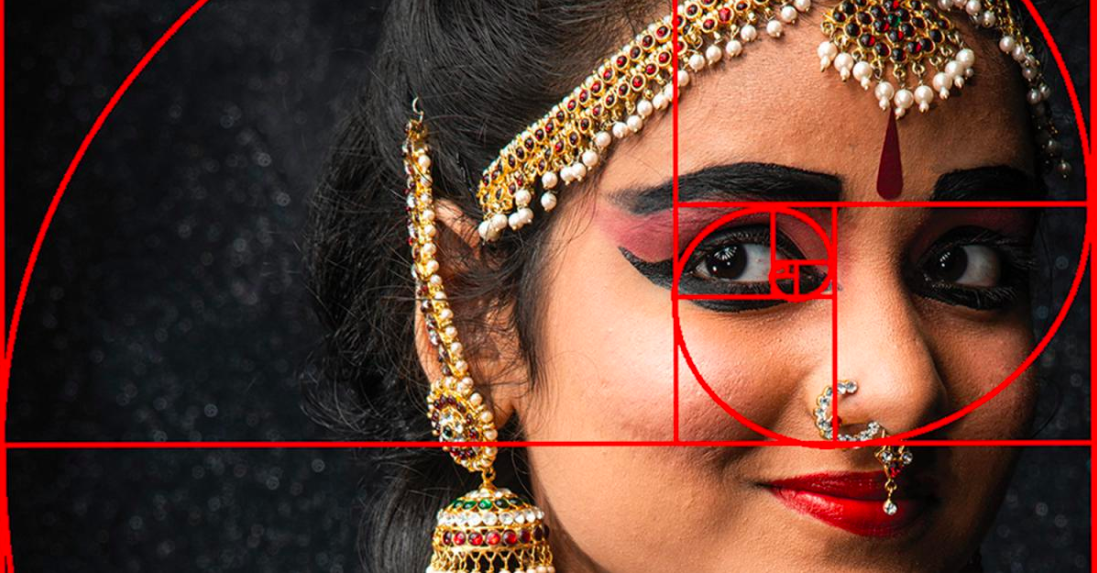 Says Ms Mary Loh, Festival Director, NUS Arts Festival, “The notion of beauty in mathematics is quite alien to non-Mathematics students who have grown up fearing math or thinking that we are bad at it. Developing an appreciation of math is critical in our times with the rise of data analytics, FinTech and cryptocurrency. When our students begin to explore this theme of beauty as a shared value for both the arts and mathematics, they are made more aware of the commonalities between the disciplines; Mathematics is not coldly rational and logical but has a deeper interest in humanity and this viewpoint gives them access for greater exposure without fear.” 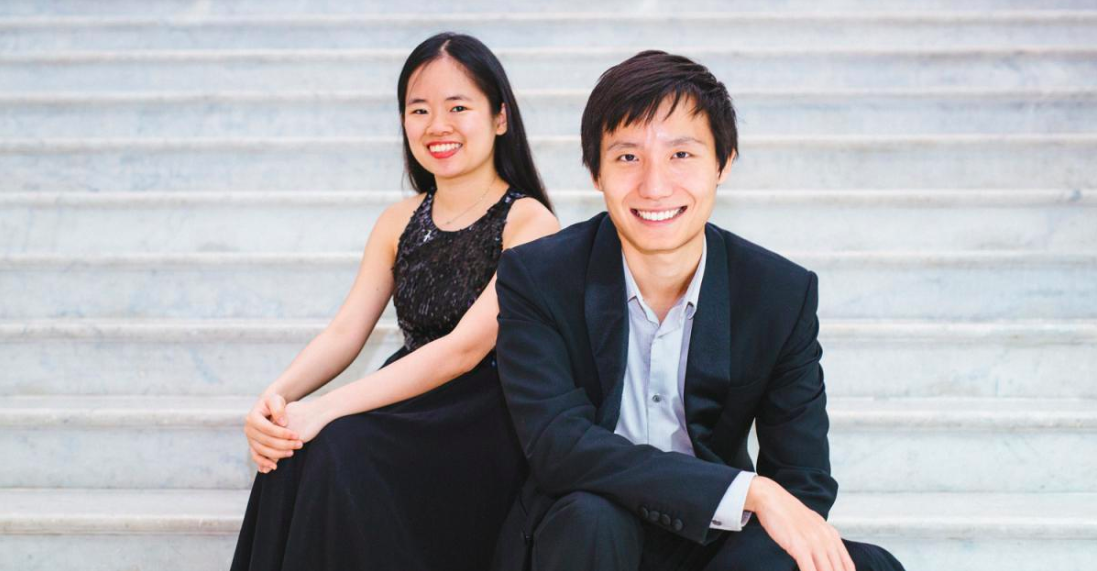 Come on a journey with NUS this march, and prove the theorem that the arts and mathematics share a longing to express answers to some of humanity’s deepest unsolved questions at the 14th NUS Arts Festival: A Game of Numbers.

NUS Arts Festival 2019 runs from 15th to 23rd March 2019. For a full list of programmes and tickets, visit their website here